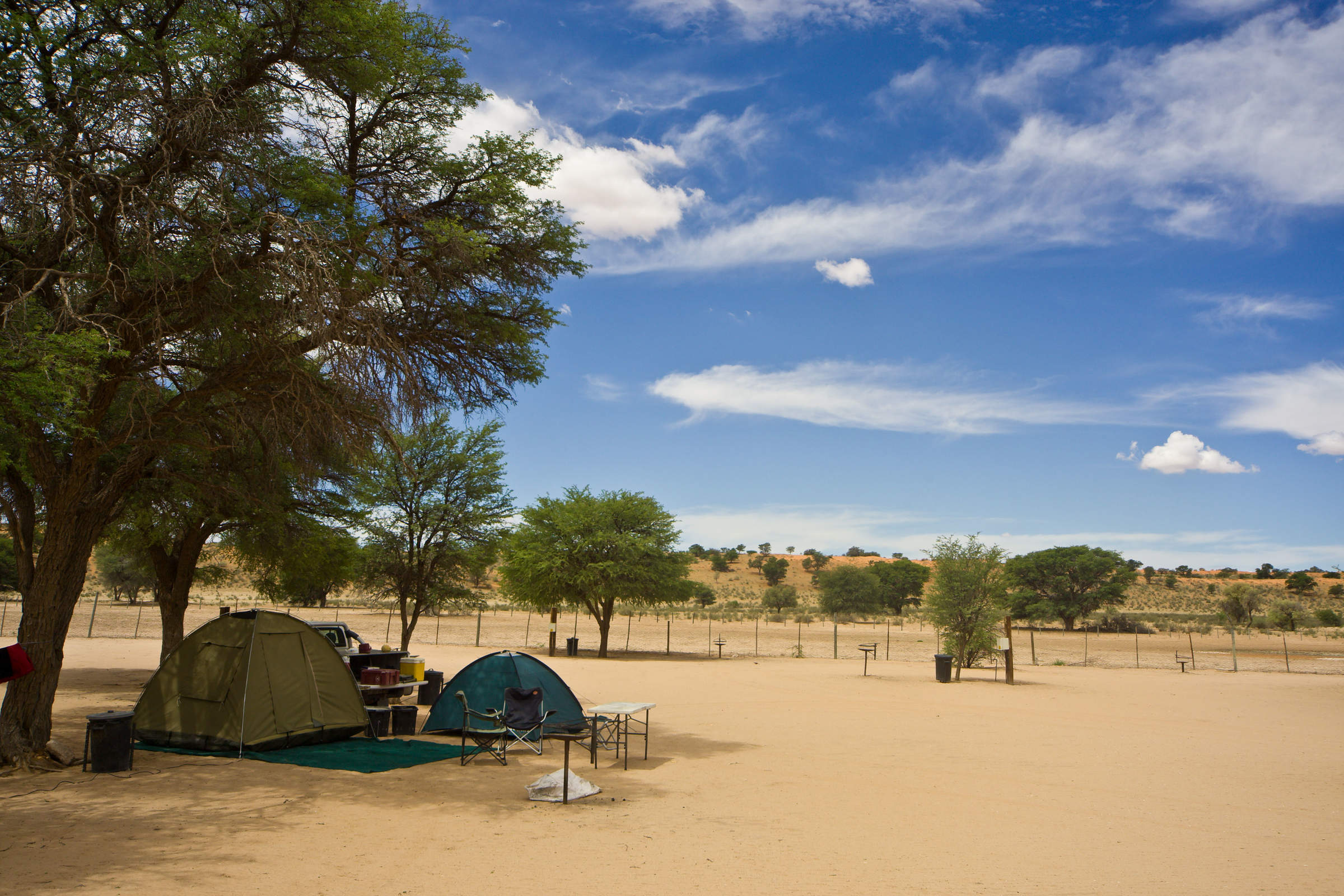 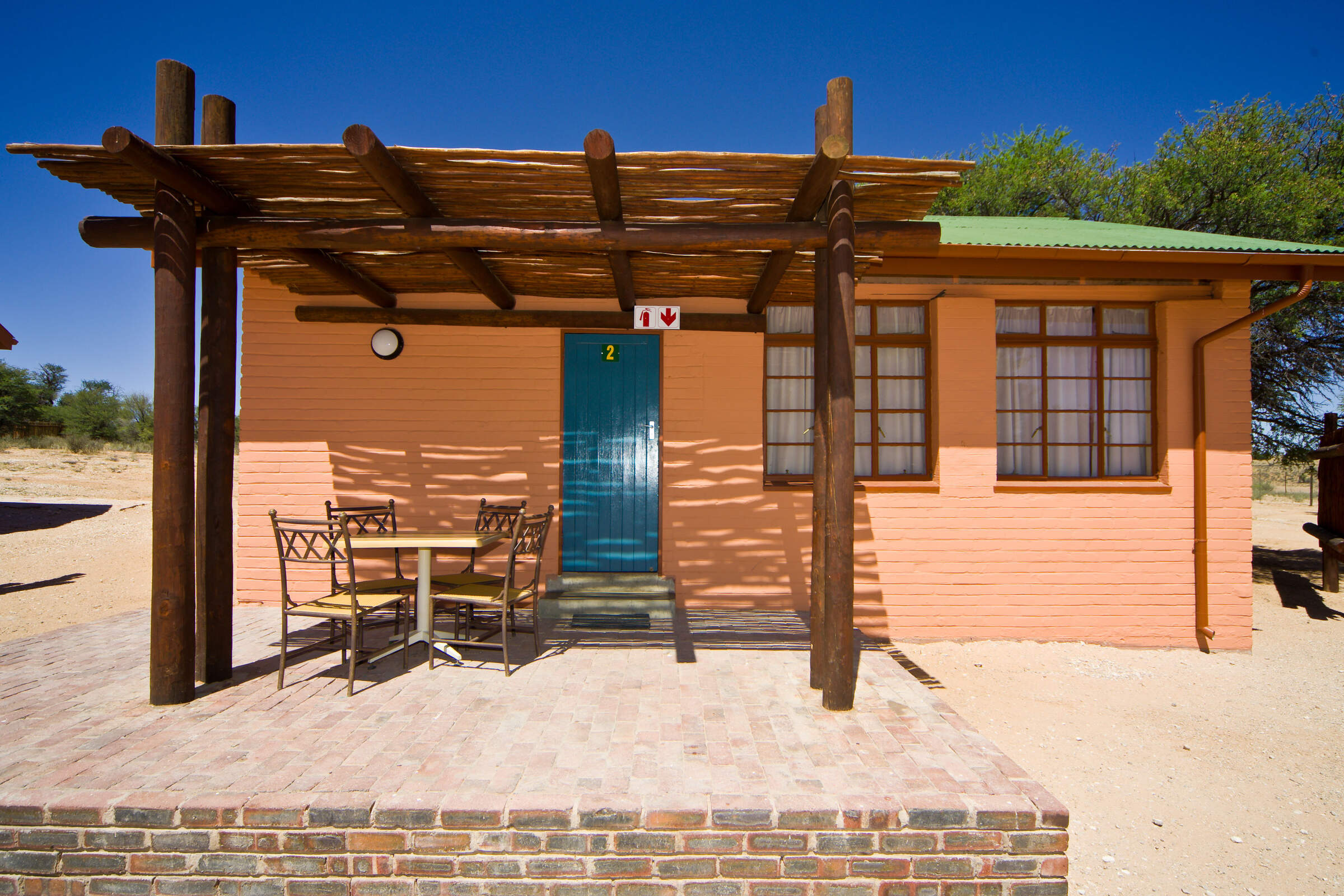 13 independent comments and wildlife information from our travellers who have visited Mata Mata Rest Camp and kindly agreed to share their thoughts. They do not necessarily represent the views of Expert Africa

2 nights Arrived 17 Jun 2018
"We especially liked the room we had, with a lovely patio overlooking the waterhole (with cheetah's on the first evening). Travelling with small children it was nice that we could self cater here.

The park was a bit hit and miss. Sometimes we would see nothing at all and then suddenly a leopard or a hunting lion. The fact that there was only one road meant it felt like pure luck when we would encounter something (rather than a result of our spotting skills)." See all these reviews: 18n in Namibia; 4n in South Africa
Experience Report
Overall Rating:
Good
Location:
Good
Activities:
Good
Rooms:
Excellent
Facilities:
Average
Sightings Report

"A handy, hard-to-get base"

2 nights Arrived 25 Nov 2017
"Kgalagadi Transfrontier Park is amazingly difficult to book. Often it has to be a year in advance. So we are prepared to sacrifice some of the creature comforts in order to be there ....However Mata Mata isn't too bad for a bit of self-catering, as long as you've stocked up at (for example) Marienthal (coming from Namibia). The on-site shop is fairly basic.

There's nothing wrong with the chalet; it's a bit bleak, but it does a job. For drives, there's only one road, the one to Two RIvers. It is slow-going and, with distractions, it could easily take four hours to get to the other end. With open eyes, there's plenty of wild life; not dense (after all its semi-desert), but it is there.

Clean and very well equipped and the proximity of the waterhole is probably the best we have ever encountered on our trips." See all these reviews: 7n in South Africa
Experience Report
Overall Rating:
Excellent
Location:
Excellent
Service:
Excellent
Rooms:
Excellent
Facilities:
Good
Mr & Mrs W
Warwick

"New riverside units - a step up from the old"

1 night Arrived 13 Jun 2017
"Walk around Mata Mata, one of the original camps of the Kgalagadi. Visit the hide and the camp site but beware of twisting an ankle in the ground squirrel burrows.

The new units beside the river are well designed, clean, well equipped, air conditioned and comfortable. The shop is fine but stock is limited and the filling station had fuel when we were there. The guide books recommend a walk to a farm shop just over the frontier in Namibia but I haven't tried that yet.

There always seems to be a good selection of wildlife around Mata Mata and we were not disappointed this time." See all these reviews: 16n in South Africa
Experience Report
Overall Rating:
Good
Location:
Good
Rooms:
Good
Facilities:
Good
Mr D & Ms P
Dursley

2 nights Arrived 6 Nov 2015
"Comfortable although not luxurious self catering. Good facilities in accommodation.

2 nights Arrived 25 Oct 2015
"Mata Mata was a nice camp with a well visited waterhole at its edge viewable from within a hide in the camp. Although the camp is at the end of the road and therefore only one route out for game drives there never seemed to be a queue of traffic along the road even at the earlier morning gate opening. The game viewing we found more varied than any where else in the park.

The waterholes along the road were always worth a visit and spending a few minutes to see what was lying around in the shade set back from the water. We found one of the tell tales for lions or other big cats being around was a waterhole with nothing drinking from it. We again booked an evening game drive and were the only two people on the trip. The guide was again very knowledgeable and we were taken off the beaten track where you couldn't go had you been driving yourself.

We were unfortunate in having to change rooms during the two nights we spent here. There was the potential to have no where to shelter in the heat of the day. Fortunately we managed to link with the cleaning ladies and were able to move into the next room as soon as we returned from our morning game drive." See all these reviews: 10n in South Africa
Experience Report
Overall Rating:
Good
Location:
Excellent
Service:
Good
Activities:
Good
Rooms:
Good
Facilities:
Good
Mr & Mrs H
Lisvane

1 night Arrived 2 Sep 2014
"The camp is ok for one night and for us was a stop over on route to Namibia.

The riverside lodges are a better option for anyone choosing to make Mata Mata a base for a few nights." See all these reviews: 10n in South Africa; 4n in Namibia
Experience Report
Overall Rating:
Average
Location:
Excellent
Rooms:
Average
Facilities:
Good
Mr & Mrs W
Warwick

"Try and get a chalet overlooking the river"

1 night Arrived 31 Aug 2014
"These are the ones most recently constructed. The outlook from their patios takes some beating. As they are relatively new they have all the mod cons they need.

Like the other camps it's recommended to bring your own water and the shop at the camp keeps the essentials. The frozen sosaties from the shop are recommended for your braai. We felt that of the larger camps this the best - but opinions differ." See all these reviews: 13n in South Africa
Experience Report
Overall Rating:
Good
Location:
Good
Service:
Good
Rooms:
Good
Mr & Mrs P
Purley

4 nights Arrived 7 May 2014
"After one night in a 2 bedroom chalet we were moved to a more comfortable and spacious river view chalet.

This was excellent except the floors and surfaces could have been cleaner." See all these reviews: 10n in Botswana; 9n in South Africa
Experience Report
Overall Rating:
Good
Location:
Excellent
Service:
Good
Rooms:
Good
Facilities:
Good
Showing 1-10 of 13
12
Next
83%
13 reviews of Mata Mata Rest Camp by travellers since August 2007
Overall rating by our travellers
4
7
2
0
0
Filter by month