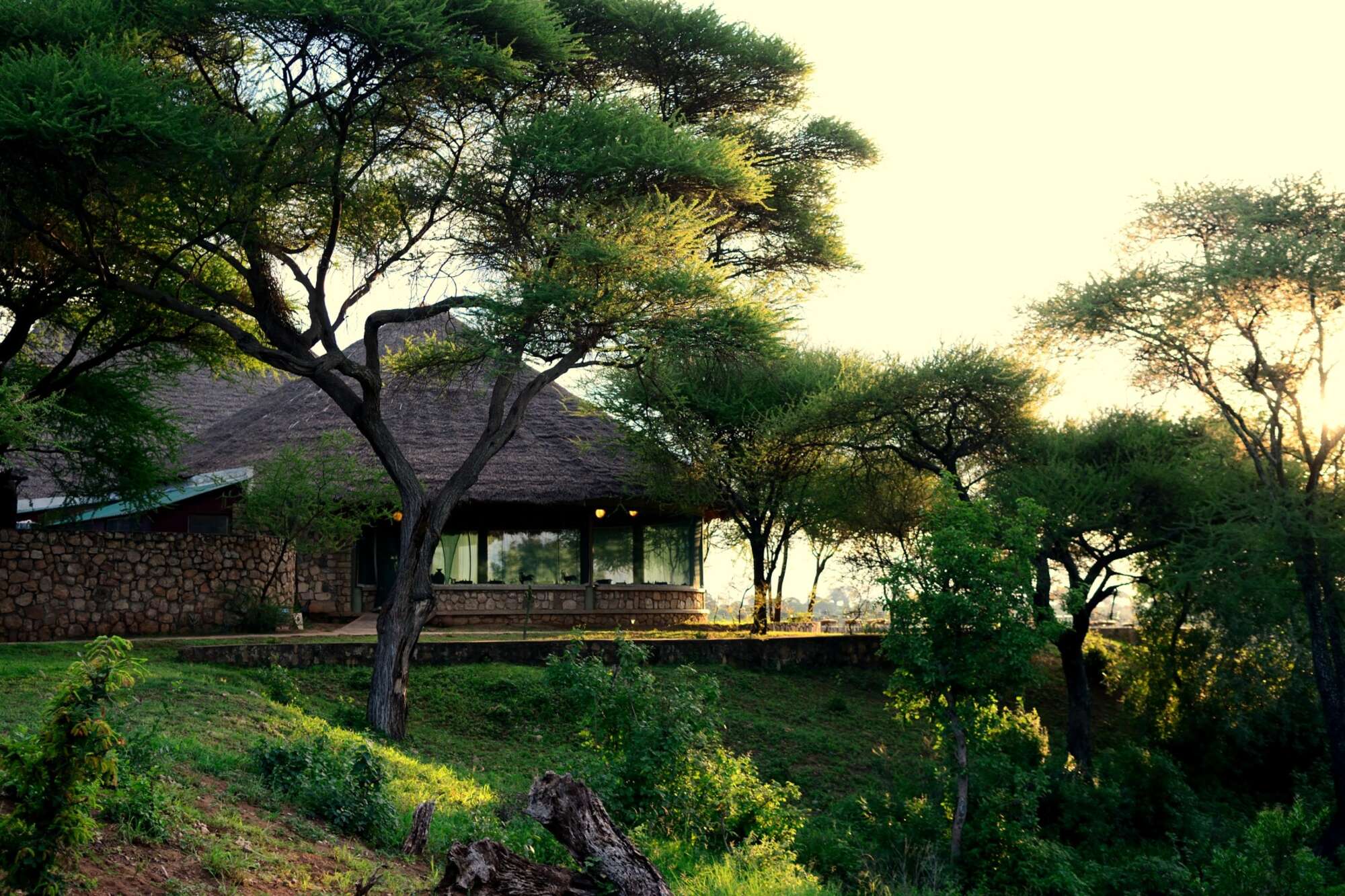 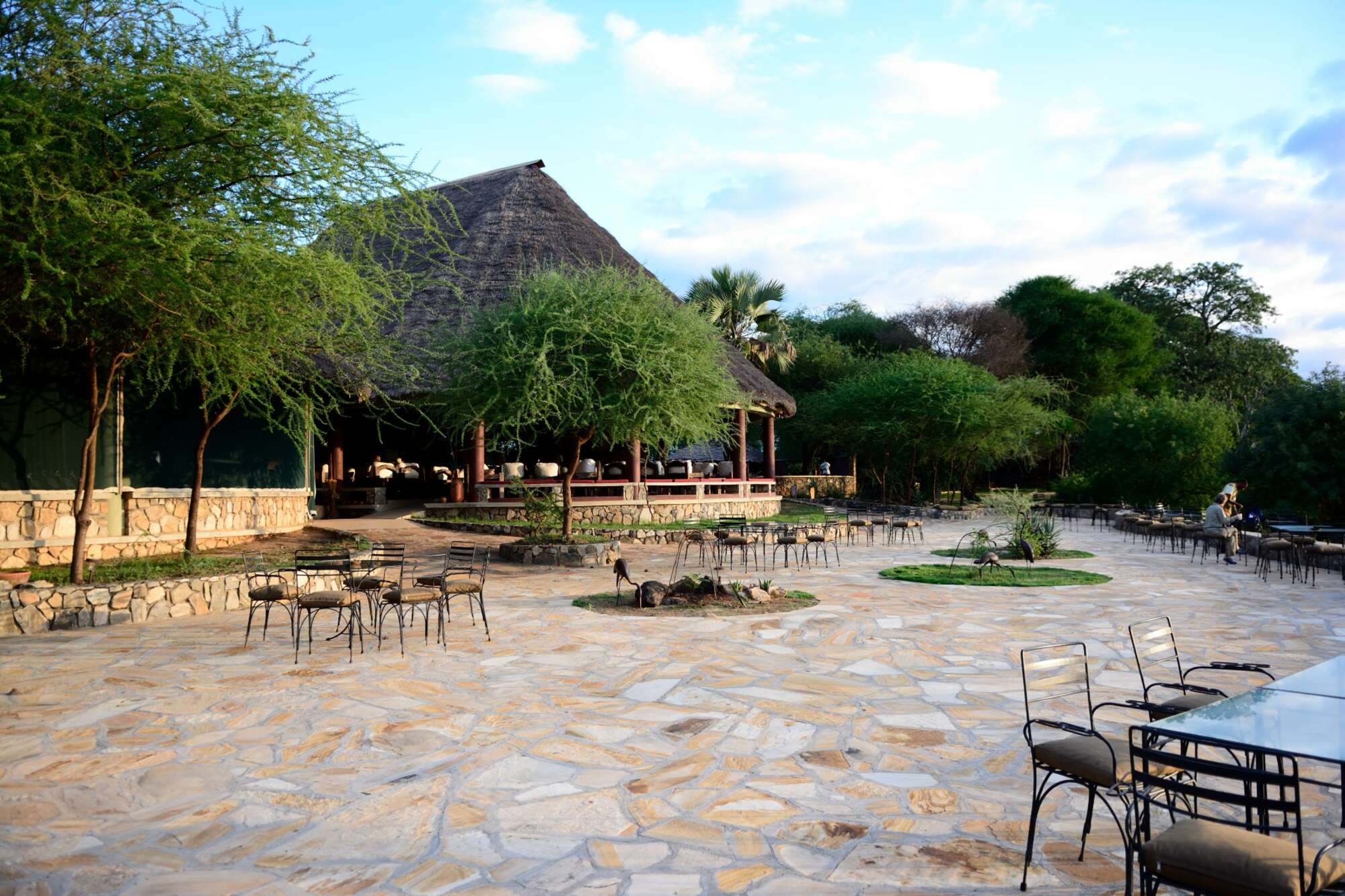 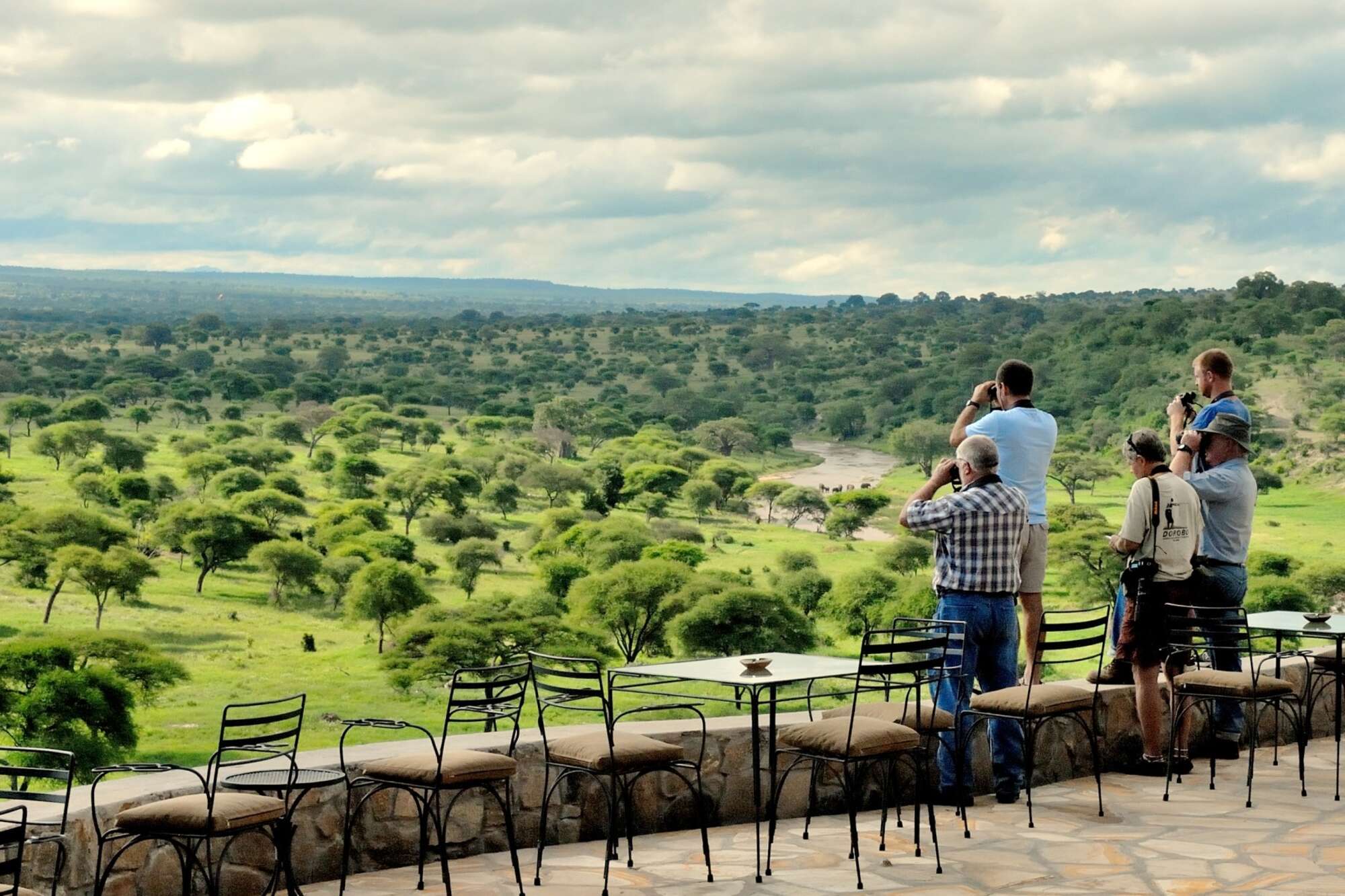 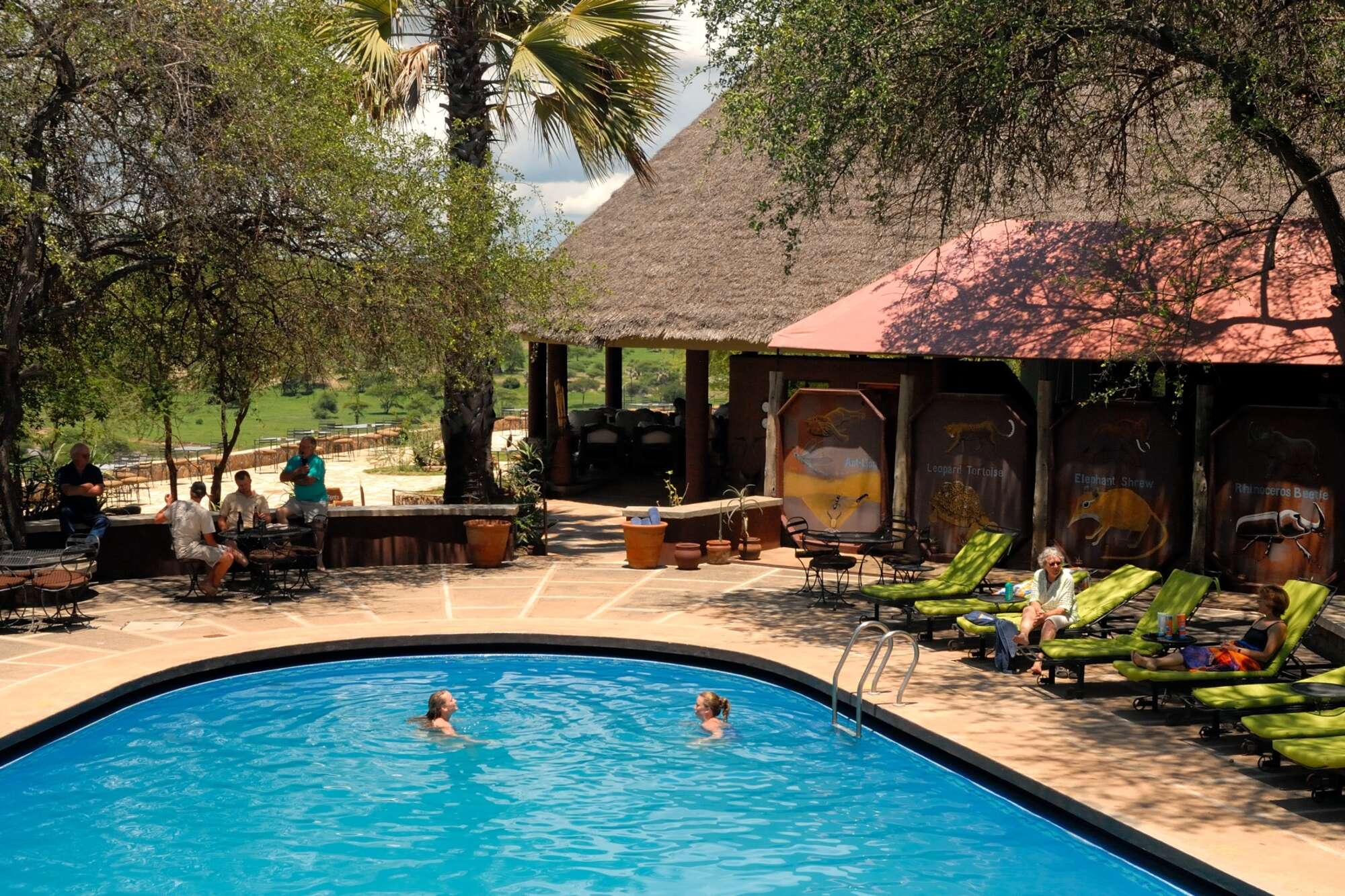 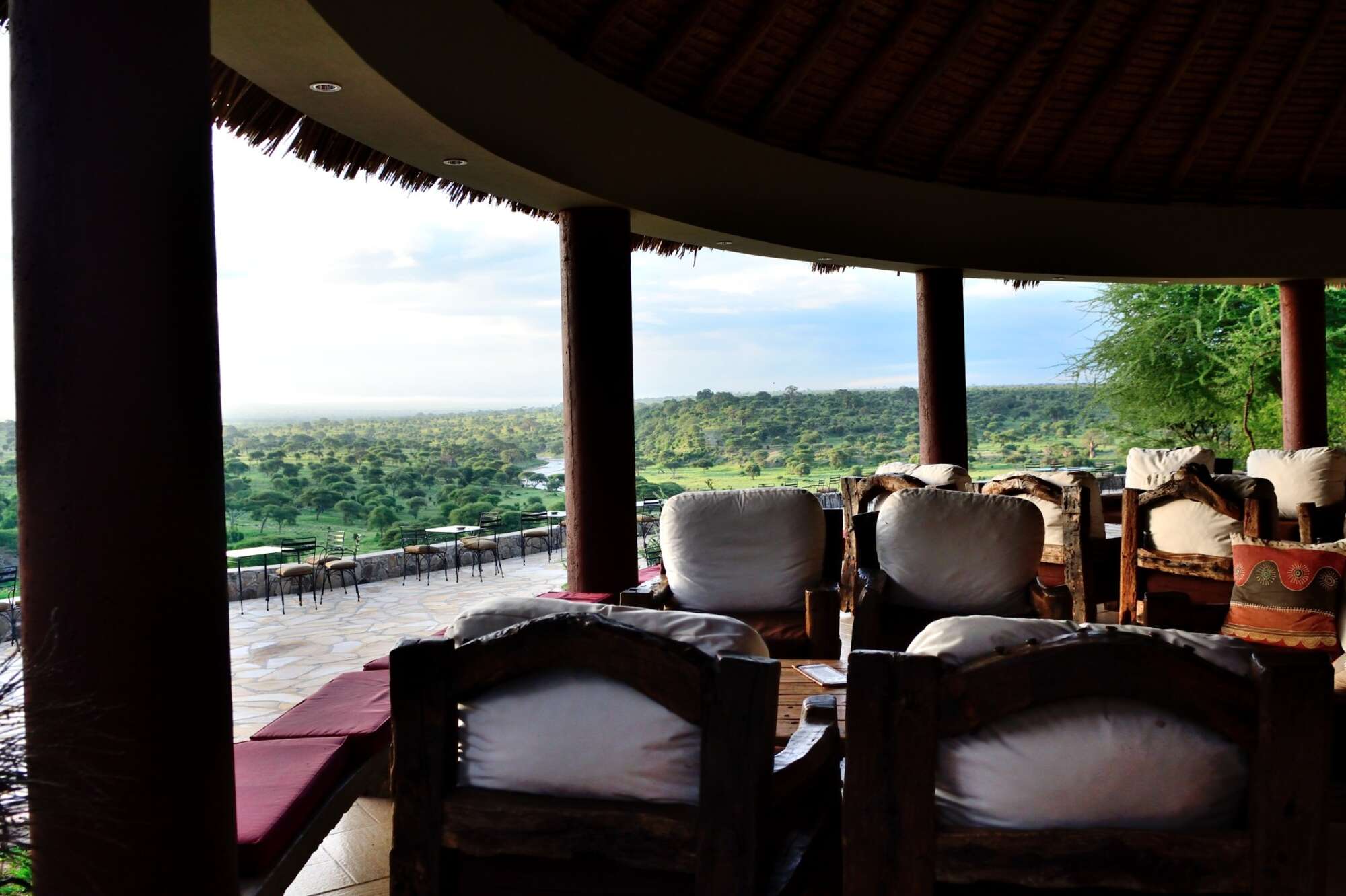 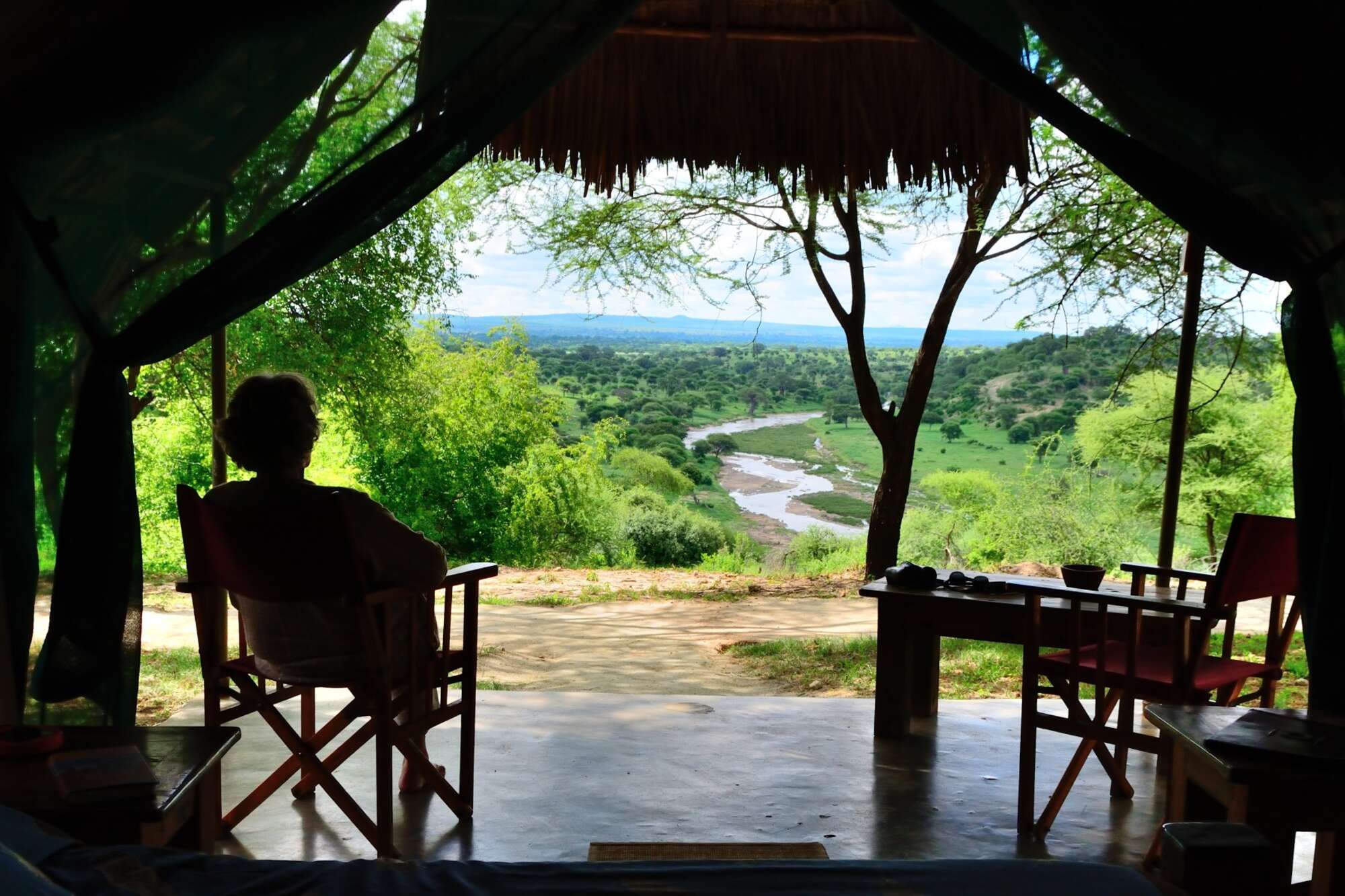 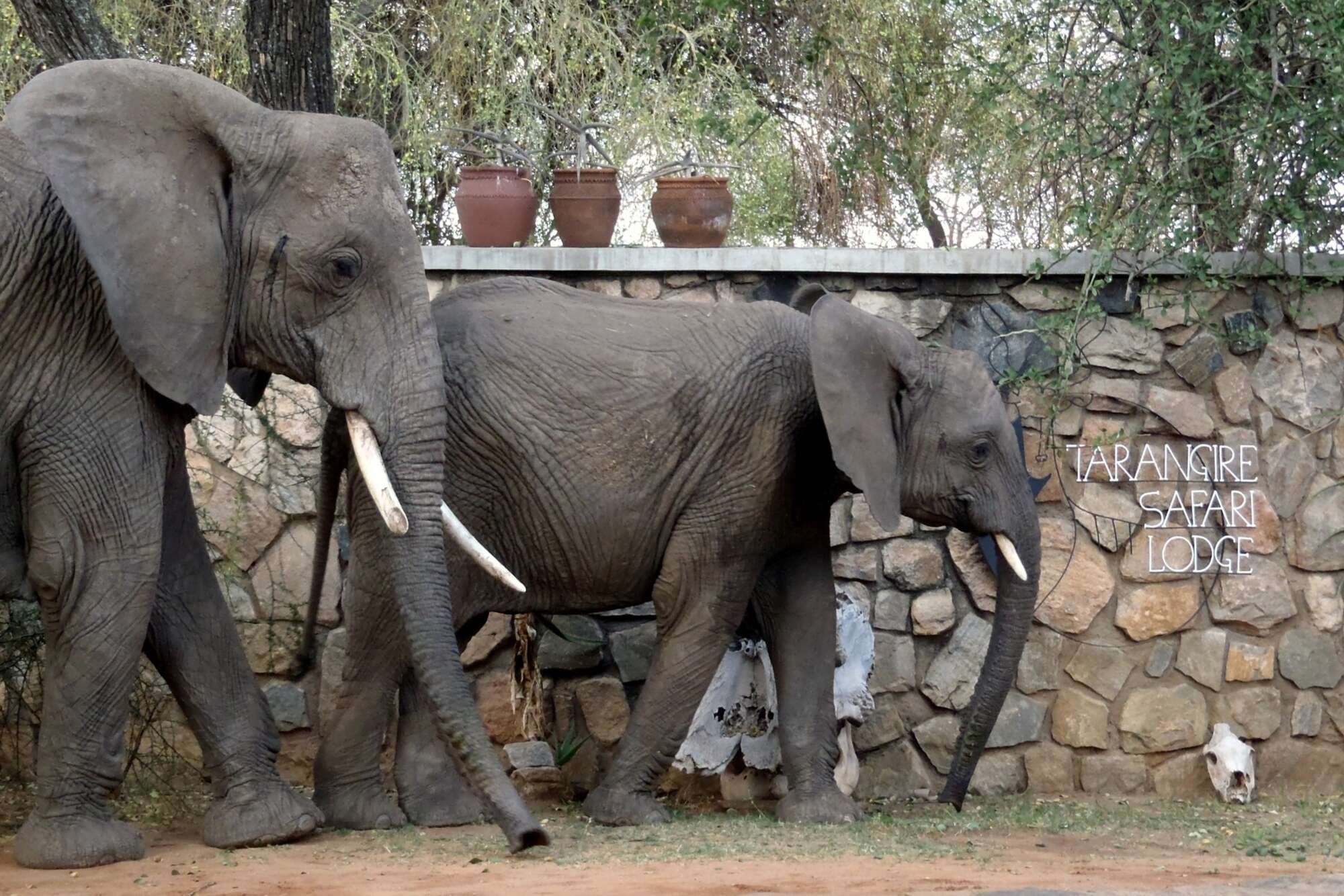 10 independent comments and wildlife information from our travellers who have visited Tarangire Safari and kindly agreed to share their thoughts. They do not necessarily represent the views of Expert Africa

2 nights Arrived 30 Jul 2019
"We were in one of the built cottages but thought we were to stay in a tent cottages. Our cottage was just fine, but a tent would have also been just fine. Tarangire Park is terrific, lots of animals with interesting terrain. It felt like a ore condensed and manageable Serengeti. The view from the Lodge on the rift edge overlooking a big area of the Park is great.

Food and service were fine. But here we started to miss having a communal table to meet and share the day with others. We wish all the lodges could have offered a communal table option at dinner.

I am not going to do animals by lodge, we were 11 days on safari, the details by lodge blur" See all these reviews: 12n in Tanzania; 2n in Rwanda
Experience Report
Overall Rating:
Excellent
Location:
Excellent
Service:
Excellent
Activities:
Excellent
Rooms:
Good
Food:
Good
Facilities:
Good
Dip & family
Cardiff

2 nights Arrived 22 Jun 2019
"Accommodation:
We had the end tent in the row, so felt closer to the "real world" of wildlife. The view down to the river outside was great; when we arrived late morning it was full of elephants, and in the afternoon it was full of buffalo, though the next day it was quiet. During the first night David woke to find a giraffe feeding just outside our tent, and a resident pair of duikers popped in and out of the bushes nearby.

Lodge:
Definitely bulk safari territory; hotel-style stacks of luggage as large groups came and went. Pleasant but impersonal - it was good to have our own guide travelling with us, though he didn't eat with us here as he did elsewhere. Plenty of places to look over the river, though it felt very "drive-in" public just outside the restaurant.

Tarangire NP:
Plenty of sightings in the park, particularly of elephants (as expected), giraffe, zebra and buffalo. a couple of sightings each of spotted hyena, eland and wildebeest, and one of hartebeest. Also jackals, banded mongooses, lots of birds, other antelopes. On the night drive, which we ordered separately but which was very expensive, we saw bat-eared foxes and springtail hares." See all these reviews: 7n in Tanzania
Experience Report
Overall Rating:
Good
Location:
Excellent
Service:
Good
Activities:
Average
Rooms:
Excellent
Food:
Good
Sightings Report

2 nights Arrived 19 Aug 2018
"This lodge exceeded all expectation. The lodging and rooms were excellent.

The common space and patio were spacious and the view was spectacular. The service was very good and the help was loving and enthusiast.

1 night Arrived 20 Sep 2017
"The lodge has lodge rooms and tents. We stayed in the later. The tents are well equipped with plenty of hot water, especially in the shower.

The location is excellent. It is located on a high bluff, and all the tents have a good view down into the Tarangire valley.

2 nights Arrived 14 Dec 2016
"The Tarangire Safari Lodge has the most amazing view overlooking the valley with baobab trees, river and animals.

The tents themselves were a little tired and could do with some TLC. There was no electricity in the tent until 6.00 pm which wasn't a problem, but if we wanted a shower before that time, it was almost in the dark.

We had some great cocktails here and probably had the best food here. Lots of choice, especially for vegetarians, and had a great packed lunch.

2 nights Arrived 28 Jul 2013
"Mangustes and impalas around out tent.

4 nights Arrived 22 Sep 2012
"We stayed at Treetops Tarangire. It was super, attention could have not been better, food excellent.

We were given the closest cabin with a ramp, so I did not have to climb stairs. It was wonderful to watch the animals at their water hole below the pool. They had a wonderful Massai BBQ dinner with singing and dancing one evening.

Here we got a guide, who would be with us here and at The Manor. Everyone was so friendly and helpful. We loved Treetops." See all these reviews: 34n in Tanzania; 5n in Zanzibar
Experience Report
Overall Rating:
Excellent
Location:
Excellent
Service:
Excellent
Activities:
Excellent
Rooms:
Excellent
Food:
Excellent
Facilities:
Excellent
Mr & Mrs P
Otley

2 nights Arrived 25 Sep 2010
"We really enjoyed the Safari Lodge and its superb view over the river. The staff were friendly and welcoming and the setting was fantastic with plenty of wild-life and birds around the tents.

It was quite busy but this was compensated for by the excellent game viewing in the vicinity." See all these reviews: 6n in Tanzania
Experience Report
Overall Rating:
Excellent
Location:
Excellent
Service:
Good
Facilities:
Good
Rooms:
Good
Food:
Good
Mr &Mrs H
UK

2 nights Arrived 14 Jun 2009
"Excellent location and superb views of the wildlife (elephants buffalo, gibbon, giraffe, wildebeast....) at the river from our tent. The location was very good for being amongst the wildlife with several animals (elephant and giraffe) just a few meters away (giraffe droppings outside our tent one morning!). As birdwatchers, we also appreciated views of several species from just outside our tent.

Staff were pleaseant and helpful and the Masai were vigilant in escorting us after dark. The tent and contents were very clean, comfortable bed, and the lodge organisation overall was good. This was a good first camp for us in a quiet and peaceful location and we enjoyed the experience of staying in a tent.

It was a pity we couldn't eat with our guide in the evenings - we would have liked to do this. It appeared that his accommodation was rather basic and he found it uncomfortable" See all these reviews: 7n in Tanzania
Experience Report
Overall Rating:
Good
Location:
Excellent
Service:
Good
Rooms:
Good
Food:
Good
Showing 1-10 of 10
94%
10 reviews of Tarangire Safari by travellers since August 2007
Overall rating by our travellers
7
3
0
0
0
Filter by month

Other lodges in Tarangire National Park

Kuro Tarangire is a stylish tented camp, located in a quiet and remote area deep in Tarangire National Park.

Tarangire Sopa Lodge is a large, comfortable, family-friendly hotel in Tarangire National Park, suitable for travellers on a budget.

Get back to basics at Oliver's Fly-Camp, exploring Tarangire National Park on foot and sleeping out in the wilderness.

Swala Camp is a stylish camp for exploring the southern Tarangire, either with a private driver-guide, or using the camp's vehicles and guides.

Lemala Mpingo Ridge is a stylish camp in Tarangire National Park, with a beautiful location and elevated views over the park.

Chem Chem is a luxury tented lodge on a private concession between Lake Manyara and Tarangire national parks.

Nimali is a small camp built in contemporary style on the outskirts of Tarangire National Park in northern Tanzania.

On an isolated kopje on the western side of Tarangire National Park, Mawe Ninga is an inexpensive, basic safari camp.

Located in the Chem Chem Concession and close to Tarangire National Park, Forest Chem Chem is a high-quality tented camp which is booked on an exclusive basis.