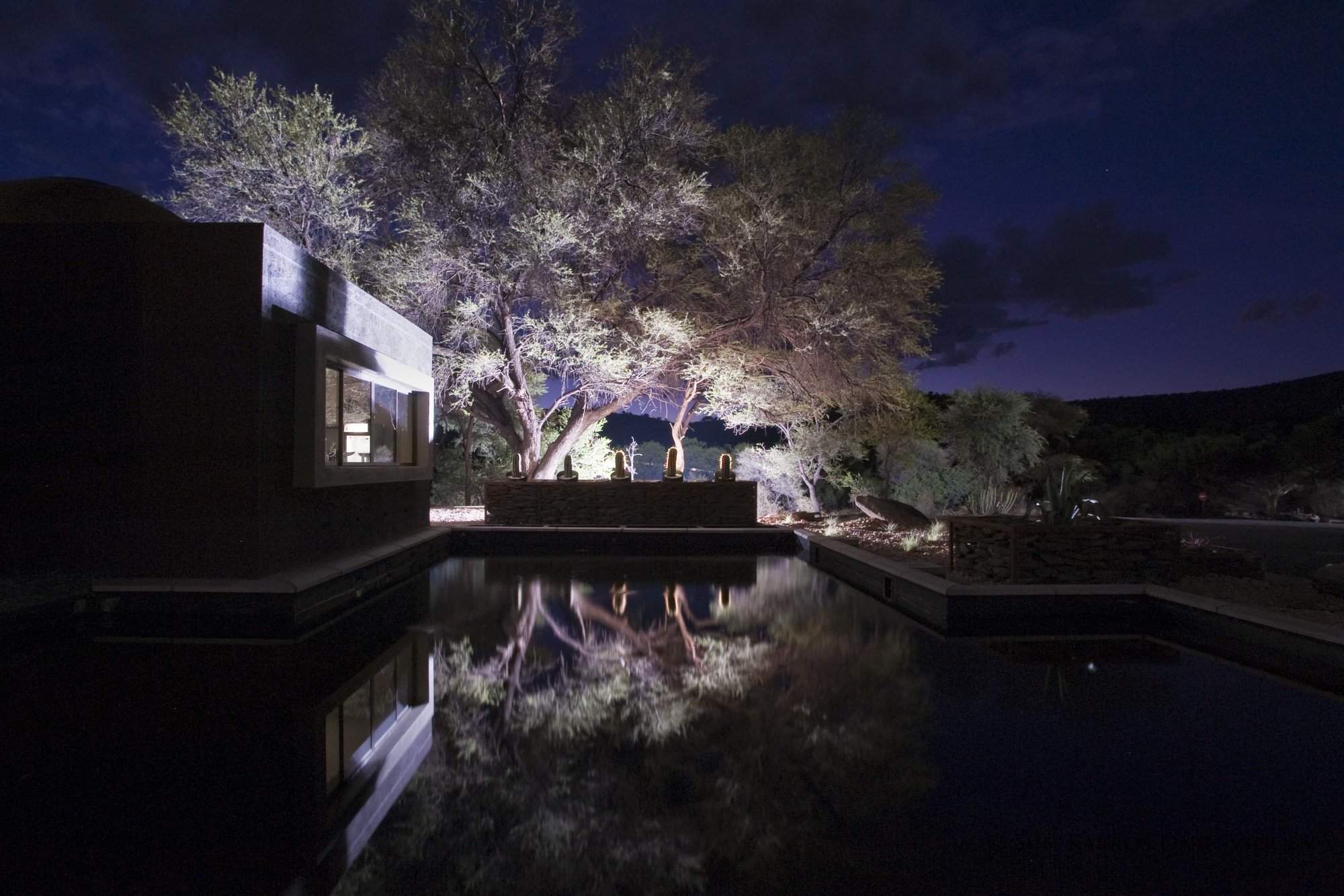 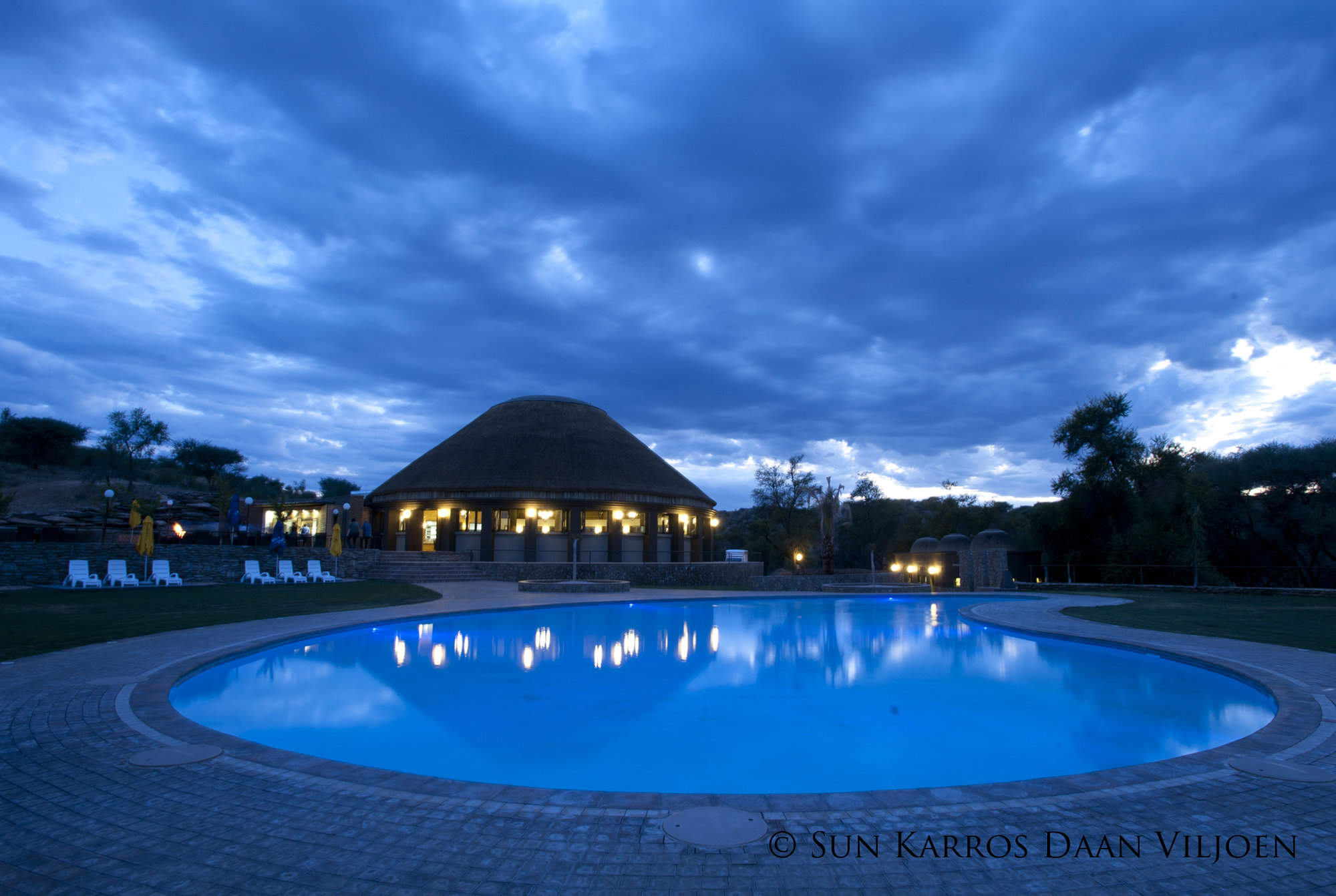 15 independent comments and wildlife information from our travellers who have visited Sun Karros Daan Viljoen and kindly agreed to share their thoughts. They do not necessarily represent the views of Expert Africa

2 nights Arrived 18 Nov 2018
"Comfortable accommodation, excellent service and friendly staff.
The walk from the chalet to the restaurant, pool etc was quite long and involved walking across an open dirt area through wandering animals, which was not pleasant at night.

The facilities were excellent, with the swimming pool by far the best we encountered on our entire trip.

We went on the late afternoon drive, which was a little disappointing as the guide/driver was not very communicative or knowledgeable.

All in all a comfortable stay, near Windhoek and convenient for the beginning or end of a trip, but more of a hotel than a traditional lodge." See all these reviews: 26n in Namibia
Experience Report
Overall Rating:
Good
Location:
Good
Service:
Excellent
Activities:
Average
Rooms:
Excellent
Food:
Excellent
Facilities:
Excellent
Sightings Report

"Not such a bad place to finish up"

2 nights Arrived 1 Dec 2017
"There have been one or two uncomplimentary reviews for Sun Karros so we were a little bothered that it might have been a mistake to finish here. As it happened, the fear was unfounded, It wasn't perfect, but it was pretty reasonable and it was quiet, yet only a stone's throw from Windhoek and, later, the airport (just over an hour).

Our room was quite nicely designed and had a good terrace from which to watch the birdlife and a fair bit of hooved life as well. The a/c was a bit underpowered maybe. The restaurant was probably easier to drive to than walk (very hot weather). Again, suggestions were of poor food, but it wasn't too bad at all and they were quite flexible if nothing on the limited menu really appealed. The waiting staff were pretty good and I didn't see any of the shambles referred to in some earlier reviews.

There's a good sized swimming pool which it was nice to see getting some local use.

Sun Karros might be linked to Daan Viljoen Park, but be aware that this is tiny, and it is more a nature reserve. It's nice to see a few animals here and there but you are not getting Etosha or a game lodge just yet. In fact numbers are still building up from a time when it was a squatter overspill from Windhoek.

I did the 9km trail which was well marked. It's medium to tough, not difficult to anyone reasonably fit; it's best done at the start of the day - as I discovered, 35C makes it tougher! It was more scenic, than wildlife-y.

Speaking to the owners of Sun Karros, they have been new to the business (less so now) and the learning curve still has some gradient to it, They are linked to the NWR and represent a hint of enterprise. There are plans afoot to operate at Okaukuejo in Etosha, and I can't wait for that to settle in!

2 nights Arrived 13 Feb 2017
"Sun Karros. The rooms were fine. Bedside lights were an arty creation of oryx horns, quite useless. Our room had a faulty lock on the door which was speedily dealt with when I reported it. The main problem with the place was the food. There seemed to be two systems of catering, the normal when only a few people were staying was over large portions of 'greasy spoon' food. On Valentine's Day when it was stacked to the roof they pulled out the stops and produced a very good dinner. The lake in front of the rooms has been reduced to a small pool by Namibia's terrible drought, though by now it may be filling up again after the heavy rains of recent days. But while its empty the outlook from the rooms is not very attractive. " See all these reviews: 19n in Namibia
Experience Report
Overall Rating:
Good
Ms A
Australia

2 nights Arrived 15 Sep 2016
"Convenient location outside Windhoek but would never stay again . The cottages are pleasant but there it ends. Have stayed there before and it was fine but not now . The management at Reception were the rudest most aggressive staff we have encountered ANYWHERE.

The Dining Room was a shambles and made Fawlty Towers look like 5 Star !!!! I cannot list the mishaps we had there and we ends up almost hysterical with laughter." See all these reviews: 9n in Namibia
Experience Report
Overall Rating:
Poor
Location:
Excellent
Service:
Terrible
Rooms:
Average
Food:
Terrible
Ms AC
SW London

2 nights Arrived 27 Aug 2016
"The location was good, and we enjoyed spending a day exploring Windhoek (very interesting and well worthwhile if time allows).

"Great place to rest up near Windhoek"

1 night Arrived 4 Jun 2016
"Located in a mountainous area not far to the east of Windhoek, the resort is set in a the small but attractive Daan Viljoen National Park. We stayed in the chalets which are of an unusual but attractive style, built in stone with domed roofs. The chalet was in good condition, well maintained and very clean. We tried out the restaurant and were very surprised that we were able to get a very good vegetarian meal. Unfortunately for us catering for vegetarians was not high of the list of priorities of many of establishments were stayed at on our trip.

The park seems surprisingly rich in wildlife with a large troop of baboons in residence close to the resort. However, these baboons seem wild enough and are not seen near to people or carrying out raids for food from cars or buildings. We also saw kudu and warthogs.

There are walking trials around the park but we only had time to try the shortest, which is just 1.5km long starting close to the reception. There are no dangerous animals in the park but it made a pleasant change to be able to walk around freely in the bush. As we only stopped over for the night it wasn't possible to check out fully the facilities of the resort and park but it did make a very pleasant place to rest up after a long drive" See all these reviews: 8n in Namibia; 8n in South Africa
Experience Report
Overall Rating:
Excellent
Location:
Excellent
Service:
Excellent
Rooms:
Excellent
Food:
Excellent
Facilities:
Excellent
Drs L & J Whitley
UK

1 night Arrived 1 Jan 2016
"Sun Karros was unfortunately a major disappointment. From the moment we arrived at reception to find the staff arguing with multiple people who had turned up from Windhoek expecting to partake in a buffet at the filthy restaurant (why!?) and use the pool.

The accommodation, whilst spacious didn't feel clean and smelt. The children's beds hadn't been made up so had to call to get this done.

We decided to go for a walk in the afternoon when we arrived, unfortunately the larger walk we tried took us past the lodge's abandoned old buildings which were now being used as a dumping ground for rubbish, broken furniture and bric a brac.

We booked for dinner at the Boma restaurant, a major mistake (but the only one open on the site). The food wasn't properly cooked and the crockery and cutlery were dirty. We ended up eating the things we felt were safe and abandoned the rest. This place genuinely felt like a health hazard.

The pool was the only redeeming feature of Sun Karros.

It was such a shame that Sun Karros was our last night in Namibia - I wish we could have stayed another night at Okinjima or Mushara Bush Camp. You could easily drive from Okinjima to the airport in time for the flight in the evening - would recommend this as an option instead.

1 night Arrived 26 Dec 2015
"Really only a very short stopover so cannot say a lot about this place. Chalet room was a very modern design bright and colourful.

The park seemed mainly to be used as a camping sites for local people with the swimming pool as the main attraction.The Boma restaurant was largely empty but we found the food to be excellent for our evening meal and the breakfast.

The alternative Kraal restaurant advertised in their brochure does seem to be permanently closed and unused for some time.

We did not have time to explore any of the park but there are animals and good hikes apparently. Very attractive landscape but no longer any water in the dams." See all these reviews: 11n in Namibia
Experience Report
Overall Rating:
Average
Location:
Good
Service:
Good
Rooms:
Good
Food:
Excellent
Facilities:
Good
Mr W & Ms W
NL

The restaurant needs some work and the staff there is not the friendliest.

There is a braai with every room so there is a nice alternative." See all these reviews: 13n in Namibia
Experience Report
Overall Rating:
Good
Location:
Good
Service:
Poor
Activities:
Good
Rooms:
Excellent
Food:
Good
Facilities:
Good
The W family
Holland

1 night Arrived 22 Sep 2014
"During our stay there only was one other room rented and there were some campers on the camping area. The restaurant wasn't during our stay prepared to welcome people for dinner, nor for breakfast.

The rooms do have great braaiplaces! It was a pitty we couldn't buy food and charcoal at Daan Viljoen. So we couldn't use the braai.