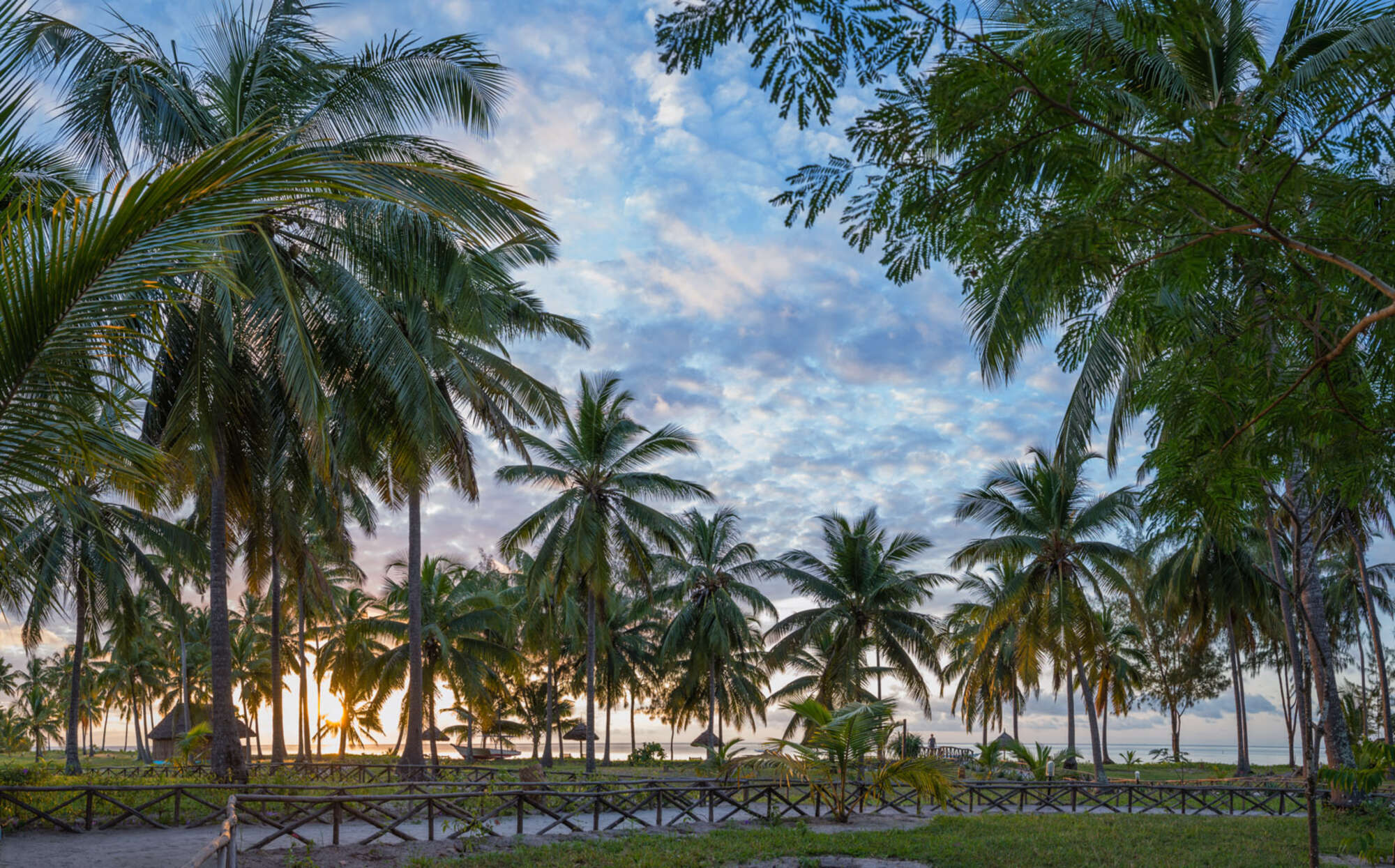 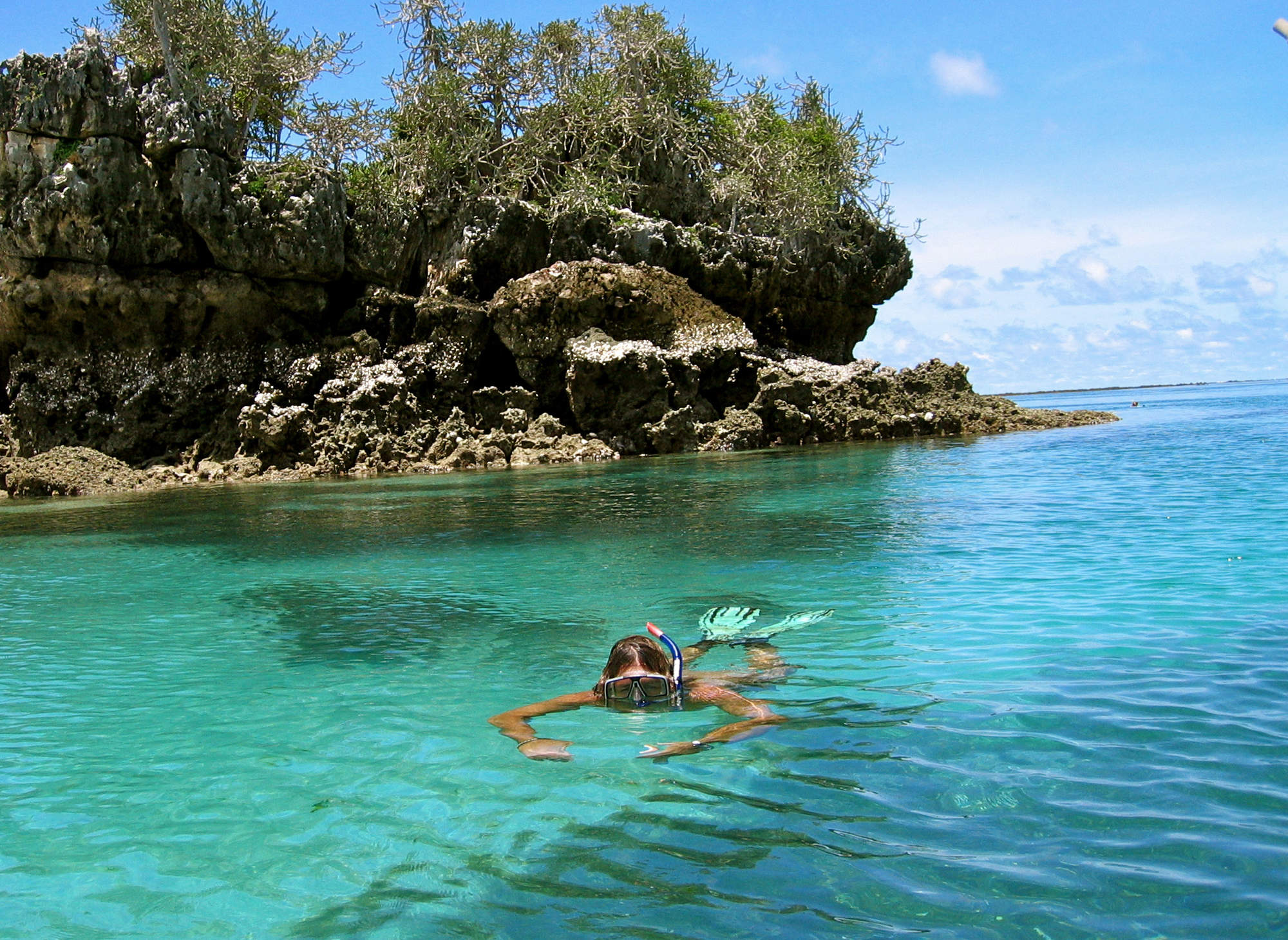 This Italian, owner-run eco-lodge on the east side of Mafia offers very pleasant, simple accommodation with ...

... excellent cooking and wonderful diving opportunities with the owner. Located in an old farming district of Mafia’s main eastern settlement of Utende, Shamba Kilole is set a little back from the coast in wooded grounds filled with birds.

The owners, Francesca and Marco, are strongly committed to running it on sustainable lines, including using as little energy as possible for all their needs. Part of the property is run as an organic produce farm and their animals include three cows and a donkey, not to mention four friendly dogs and two cats.

The three rooms at Shamba Kilole – Mmakonde, Mvuvi and Cherehani – are on the landward side and each occupies 38 square metres (about 400 sq ft). They include a double or twin beds and a walk-in bathroom which is an extension of the bedroom, with a dividing wall. It’s all very clean and functional, with a washbasin and walk-in shower, clean towels and basic toiletries.

The three suites at Shamba Kilole – Harusi (the usual honeymoon suite as it’s furthest away), Bahati and Raha – are on the seaward side of the property, so they have a bit more of a view and slightly better prospects of a breeze. These rooms are slightly larger, at around 48 square metres (about 500 sq ft), and more attention has gone into their décor and furnishings.

Activities revolve around dives and snorkelling trips with Marco, who is one of Mafia’s most experienced and respected divers, having opened up many of today’s dive sites in decades past. In 2016, he picked us up from Chole ‘port’ and we did two drift dives on a rising tide over the course of the morning on the eastern side of Chole bay.

The lodge has a 400m jogging route – Marco runs it every morning.

A full list of excursions and activities is posted in the room notes - and in our gallery of pictures.

We very much enjoyed our stay at Shamba Kilole in 2016. The rural Italian-farm atmosphere is very appealing; their environmental credentials are good; and the owners are delightful company and very helpful. While the accommodation is too simple to appeal to luxury-seekers, and they have no immediate beach on their own property, this is the perfect spot for an affordable post-safari sojourn on Mafia, and the diving with Marco was memorable.

Location
Mafia Island, Tanzania
Ideal length of stay
4-5 nights would be good.
Directions
Shamba Kilole is a 15-30 minute drive from the airport on Mafia.
Accessible by
Fly-and-Transfer

Usual board basis
Full Board
Food quality
When we stayed in 2016, we though the food was excellent - tasty, creative and colourful. Lunch included octopus and grilled squid, with a crunchy salad of mixed veg. Dinner started with crab sauce tagliatelle (perfectly al dente pasta, followed by a breaded white fish of unknown name served with succulent aubergine. And a pineapple pudding to finish.

Diving & snorkelling
Shamba Kilole has its own motorised sailing dhow, set-up for diving, and equally good if you just want to get to some choice snorkelling spots. Marco, the co-owner of the lodge, has been diving the waters off Mafia for decades and knows them inside out.
See ideas for Diving & snorkelling

Attitude towards children
Welcoming
Property’s age restrictions
None.
Special activities & services
None.
Equipment
Guests are encouraged to bring child equipment if they feel it is necessary. The lodge has some bunk beds with sides.

Power supply notes
They have a very quiet generator as backup.
Communications
The lodge gets mobile signal and there's Wi-fi in the excursion-planning room next to the lounge.
TV & radio
There's no TV here, and in fact little in the way of machinery.
Water supply
Borehole
Water supply notes
The farm's borehole water is good, and it's boiled and chilled before use. The swimming pool and toilet water is purified by phyto-purification.

Planning for a better future

Sprawled across five hectares of the old farming district of Mafia’s Utende, the abundant trees and wildlife require great care, one that grew into a sense of responsibility for the team at Shamba Kilole.

Shamba Kilole has become the first eco-lodge in the Mafia Island to prove its commitment to the environment through various simple-steps such as safe disposal of waste, avoiding pollution and adhering to the proposed mitigation measures. The use of solar panels reduces harmful air pollution tremendously, such as destructive carbon dioxide and methane emissions.

Shamba Kilole has been planning responsibly and follows established national social and environmental safeguard policies as well as developing their own Environmental and Safety Policy and Awareness Program. One particular goal of the program is to raise awareness about protecting the surrounding waters, reminding guests to “take only pictures, and leave only bubbles!” when scuba-diving. The initiatives of Shamba Kilohe contribute to creating a low-impact diving commitment which has won a PADI Green Star Award on low-impact ocean activities.

Going forward, Shamba Kilole ensures consistent consultation with sponsors including local communities, particularly in case of any development or changes as regards to implementation of our project plan activities.

Disabled access
On Request
Laundry facilities
Hand-washed laundry is included in the rate.
Money
There's a lock-up box in each room with a power socket inside - a smart touch, though a little fiddly to access.
Accepted payment on location
While cash is best, they can take Visa and MasterCard with a 4% surcharge.