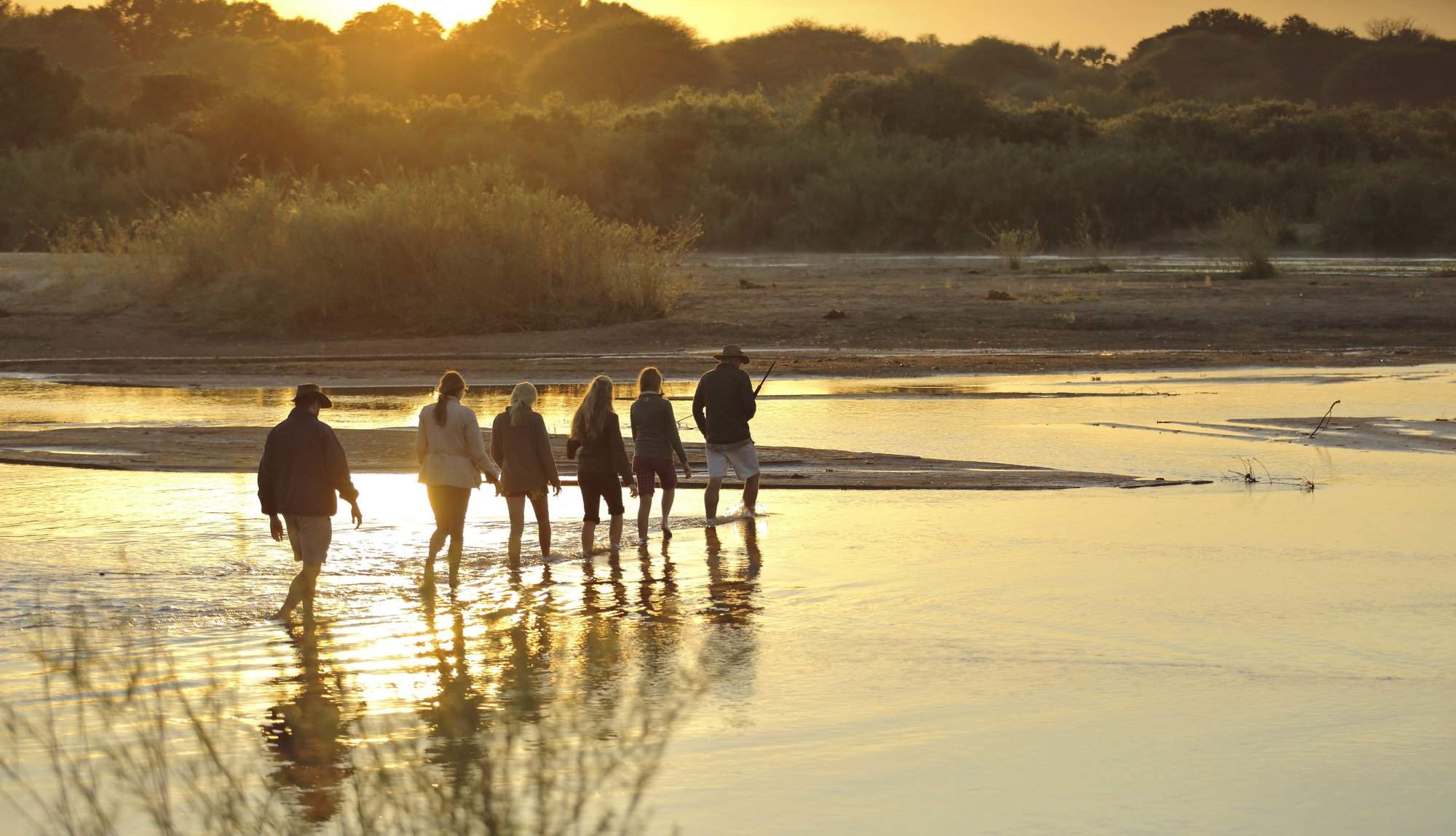 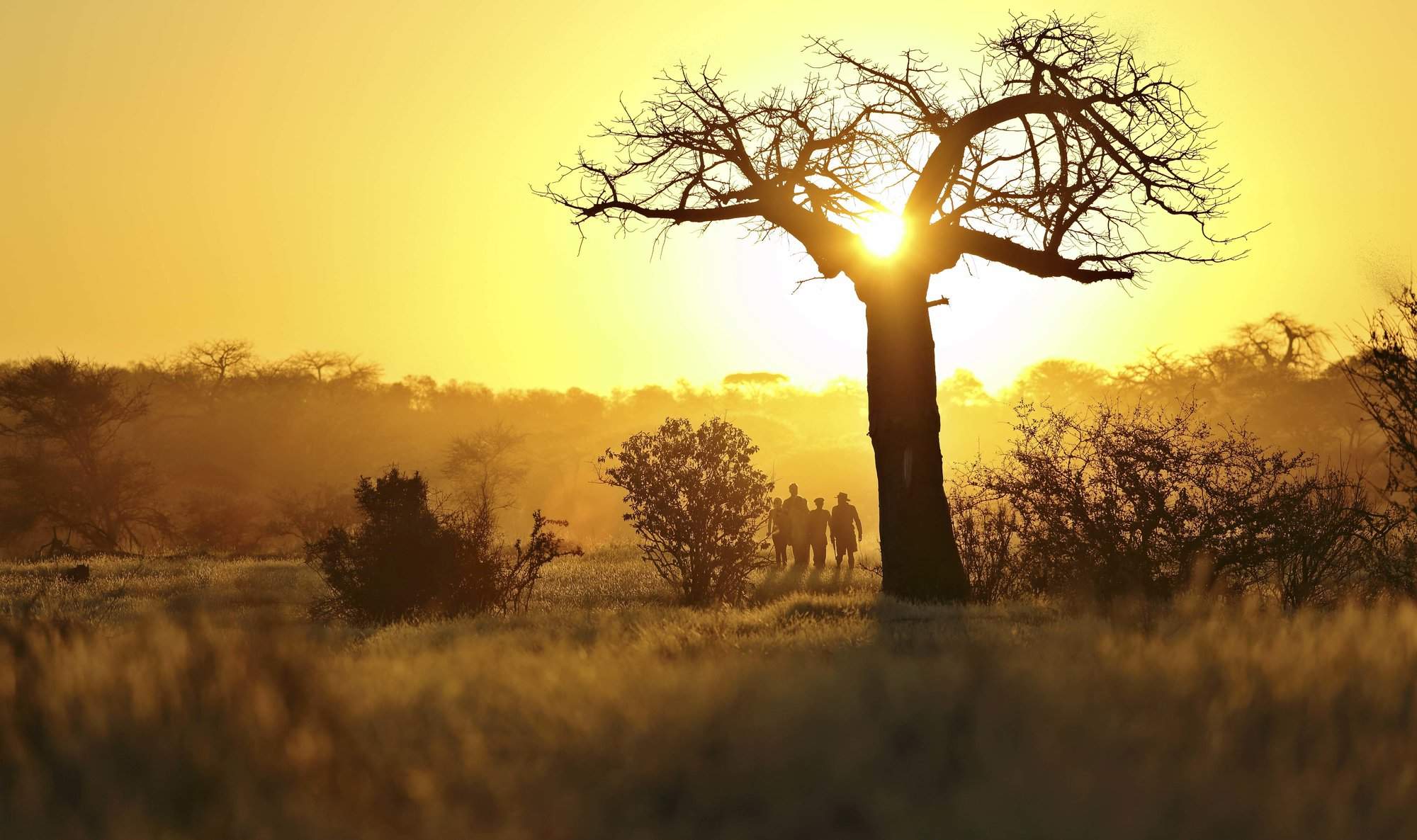 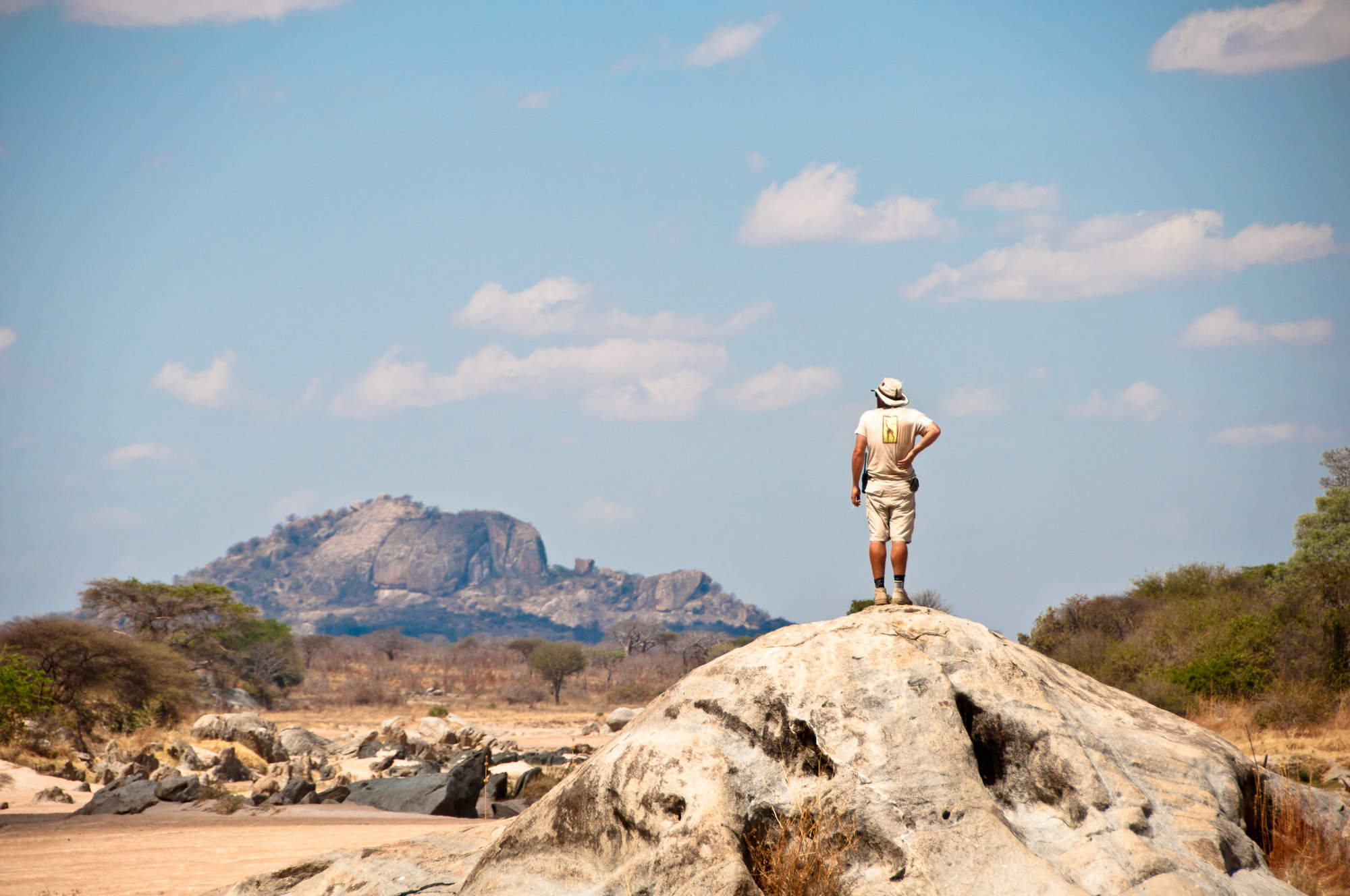 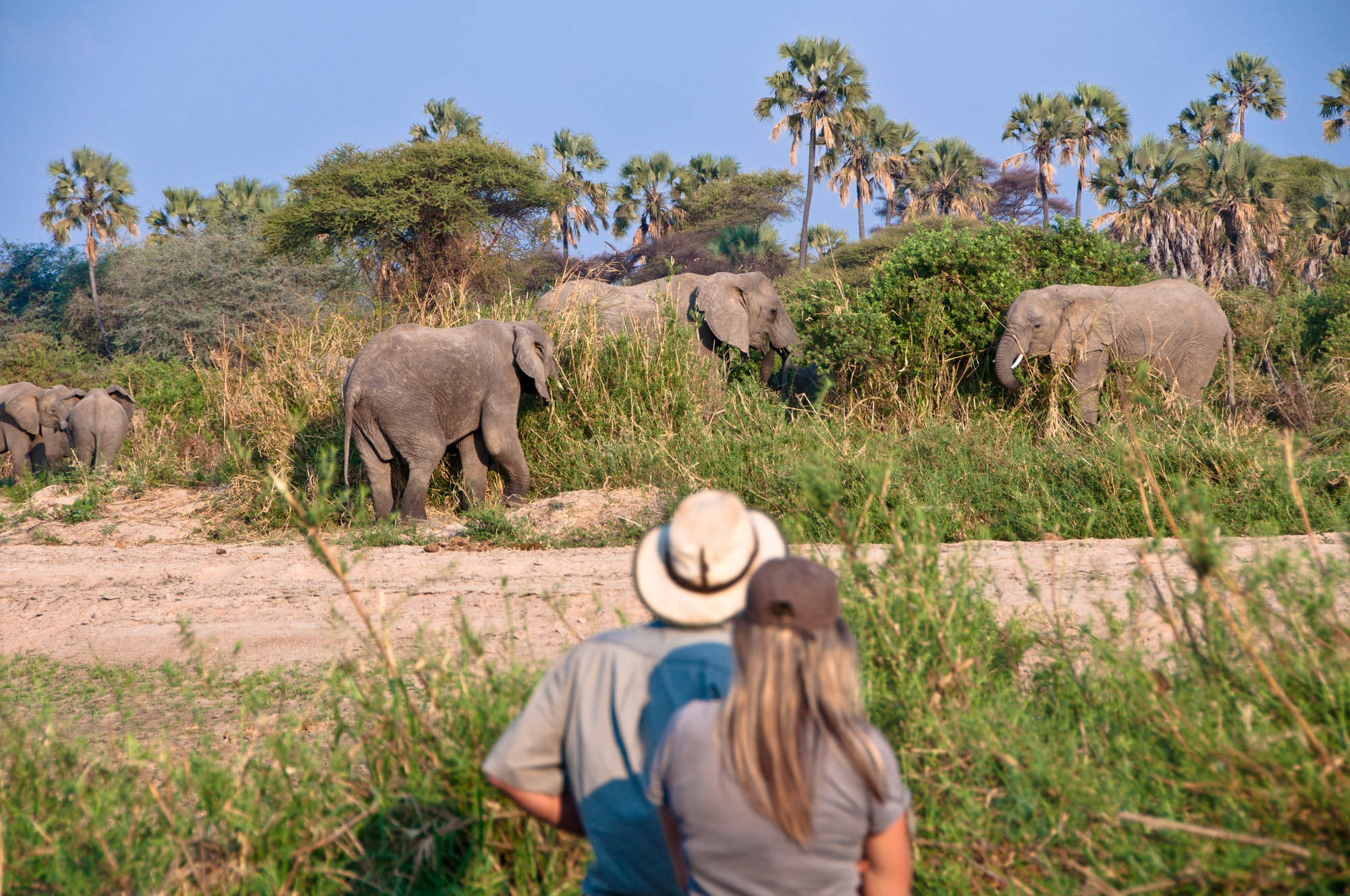 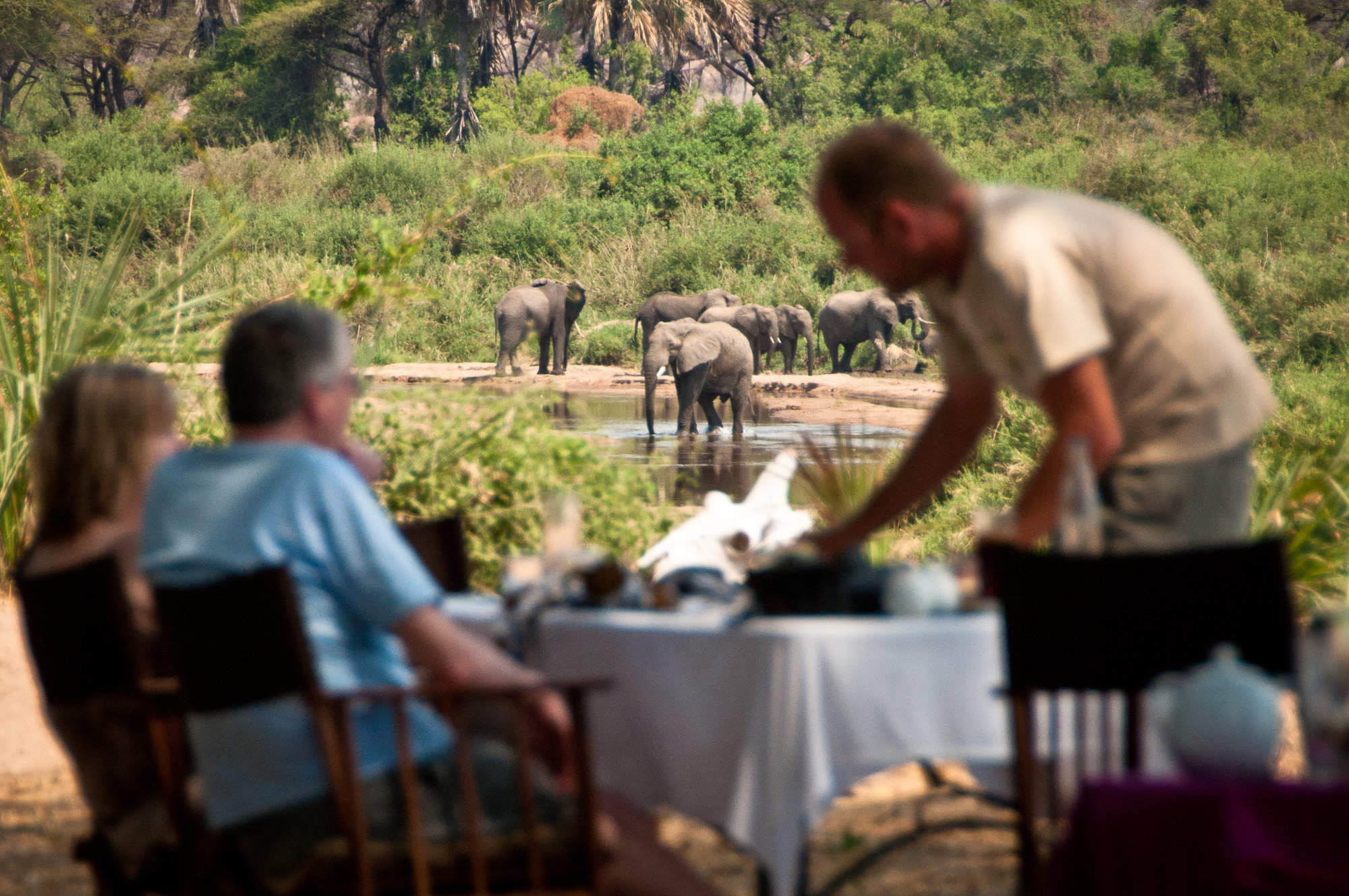 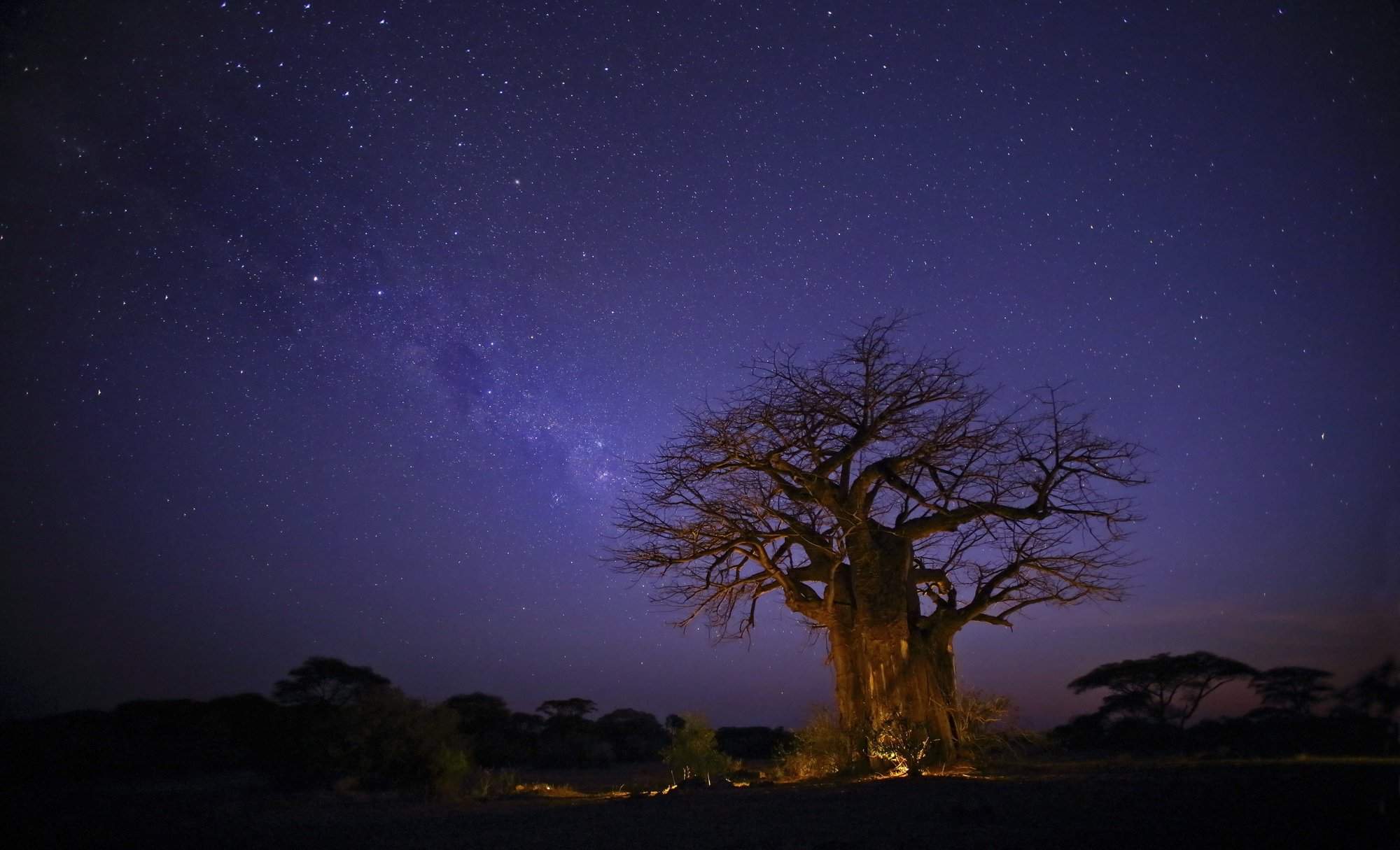 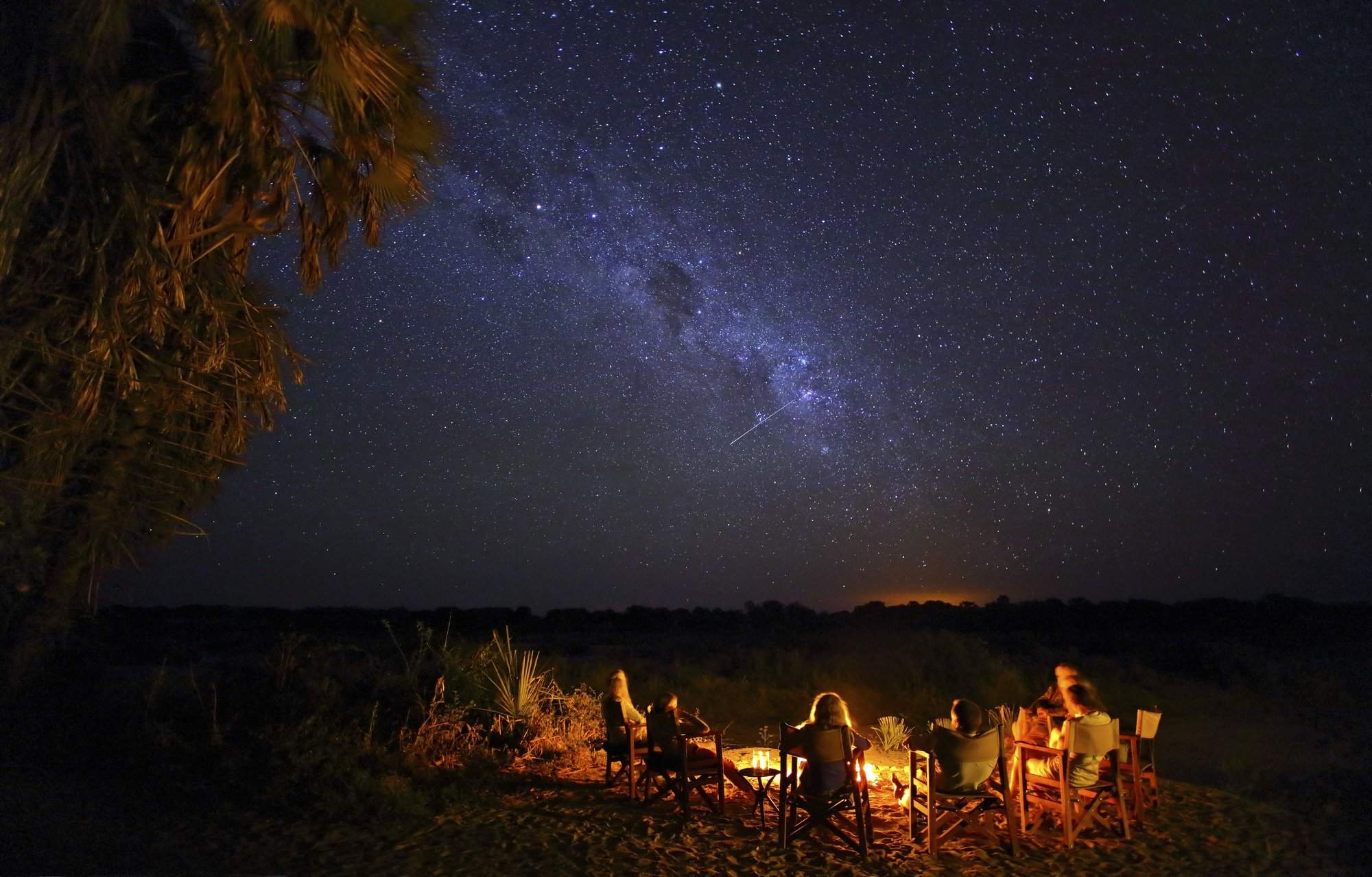 Kichaka Expeditions is a private camp which opened in 2013 in a section of Tanzania’s Ruaha National Park ...

... far from any of the existing camps. The camp was established by Andrew ‘Moli’ Molinaro and his partner Noelle Herzog, with the aim of focusing on walking safaris – and giving visitors a really wild bush experience during which they could explore one of Tanzania’s most remote areas.

By way of background, Moli and his partner Noelle had previously spent more than 6 years working at Jongomero Camp. There Moli gained a reputation for leading first-class walking safaris and also fell in love with Ruaha. He still spends what little free time he has training up the TANAPA rangers, who help to protect the park. Another of Moli's offbeat jobs has been consulting for Disney, in the USA, for their Animal Kingdom. He was given the opportunity to be the 'voice of Africa;' and he still returns periodically to the USA to update his voiceovers.

Moli and Noelle loved walking and wanted to explore the vast wilderness of Ruaha, much of which is still unmapped. A private mobile camp was the obvious answer for flexibility and quality of operation, so in 2013 Kichaka Expeditions was born.

The main reason for visiting Kichaka are the activities, and specifically the excellent guided walking safaris led by Moli through untouched areas on the east side of Ruaha National Park. He shares his encyclopedic knowledge of Ruaha's flora and fauna with guests, and, if asked, will also include lessons on bushcraft skills, tracking, fire-lighting and the basics of bush survival. On our last visit here, we got close to several big game species during the walks with Moli: we tracked and found a male leopard, and shadowed a large heard of elephant for nearly an hour – all on foot. Activities are conducted by Moli, occasionally supplemented by a first-class South African guide, Jacques, and with a TANAPA ranger. The guides are always properly armed and Moli uses a bag of fine wood ash to test the wind direction frequently.

Other activities at Kichaka include game drives, which become more important during the wet season, when the game disperses more and it's sometimes just too hot to walk. On clear nights there's a computerised telescope for stargazing (astronomy is another passion for Moli), and you may also find a set of night vision goggles.

Accommodation at Kichaka Expeditions' main camp consists of three large domed tents set under shady trees. Each has a covered veranda at the front and a bathroom slightly separated from the bedroom tent a few metres away to one side, complete with a basin, a bucket shower and a short-drop toilet. Each tent has very large heavy wooden beds constructed from an old dhow (which can be made up as a twin). It can get very hot herem and there are two fans in the tent, one of which is very large and powerful mist fan, We’ve not seen anything quite like this in a camp before!

The camp used to move periodically, depending on which areas Moli and Noelle decide to explore next, but evading the seasonal floods from the Ruaha River became too much of a challenge and the camp is now fairly permanently set at its current location. The tents are well spaced and offer a feeling of seclusion, and stunning views.

Kichaka's main area is really just another tent, similar in construction to the tents but open on all sides. Here you'll find a dining table, some comfortable chairs and a coffee table. This is definitely a no-frills camp and feels back-to-basics in many ways, but it never lacks for comforts

The camp can be booked exclusively for a minimum of two people and a maximum of six. This creates an intimate experience; it is guaranteed that there will be no other guests at camp. It is a fantastic option if you are travelling as a couple, a family or a small group of friends – as you get the whole place to yourself.

The food at camp is surprisingly good, given the very basic kitchen. They use a mixture of local dishes and international favourites all cooked on the camp's gas burner, barbecue and coal oven. Despite the limited cooking facilities, and the difficulty of obtaining ingredients, Noelle somehow manages to produce incredible meals. These are served out in the bush, often under the African night sky – see below for more details.

Kichaka Expeditions has three simple tents used for fly-camping. These can be used for ad-hoc fly-camping expeditions from the main camp, which are organized when you're there. These tents are fairly basic, in order to be transported between areas, although they're still quite big – each is an unusually tall dome tent, about 4 metres x 4 metres and too high to reach with upstretched fingers. When they are being used, the camp staff move this fly-camp to a new location, so that guests are able to stay close to the game and explore wild, untouched areas of Ruaha.

Kichaka is one Tanzania’s most remote and exciting camps. Moli is a first-class walking guide with great knowledge and Noelle is a pleasure to be around. To have their passion for Africa all to ourselves during Kichaka’s first season was a real privilege. That said, we’re mindful that Kichaka is a simple camp at heart – the bathrooms in the main camp are slightly separate from the tents and Kichaka focuses purely on walking – so it won’t suit everyone. However, we love it and are particularly enthused about their fly-camping.

Location
Ruaha National Park, Tanzania
Ideal length of stay
We would recommend a stay of at least three nights – and preferably four or five if you’d like to do some fly-camping.
Directions
It's a two-and-a-half hour flight from Dar to Ruaha's main Mtemere airstrip, and then a leisurely three-hour game drive to camp, often with lunch eaten by the river en route.
Accessible by
Fly-and-Transfer

Usual board basis
Full Board & Activities
Food quality
There is a maximum of 6 guests in camp at any one time, and so a huge amount of care is put into each individual meal. The quality and variety of the food at Kichaka is extremely good.

Lunch tends to be quite light, consisting of a variety of salads, and some meat or fish cooked on the BBQ or on one of their gas stoves. It can be served anywhere in the bush and the staff will often set up a nice spot for lunch while the guests are walking. After lunch you will have the option to be driven back to camp or continue walking. During past visits we enjoyed sesame seed fried Nile perch, pork chops and beef fajitas. Dessert is normally light and fruit based.

Dinner is usually three courses and is often served out under the stars. The starter could be anything from beach prawns with garlic and parsley to aubergine, beef and pesto stacks (both were excellent!). On the last time that we visited, the main course served was fillet of beef, asparagus wrapped in bacon, mashed potato and peppercorn sauce on one night and turmeric Zanzibar fish curry served with naan and rice on another. Dessert was a delicious chocolate pot on one occasion, and cashew nut meringue served with a passion-fruit coulis on another.

There is a set menu due to the remoteness of the camp, but vegetarian, gluten-free and lactose-free menus are all available with prior notice.

Walking safaris
Kichaka offers one of the most unique, exclusive and remote walking experiences in Africa. The camp’s owner, Moli, is an extremely knowledgeable and enthusiastic guide. He leads all of these walking safaris and is more adept than most at actively tracking big game.
See ideas for Walking safaris

Attitude towards children
The camp will accept anyone over the age of 10.
Property’s age restrictions
You have to be at least aged 16 to go on walks.
Special activities & services
Child minding and kids meals can be arranged.
Equipment
The camp doesn’t provide any cots, high-chairs or special equipment for children.
Generally recommended for children
We would not recommend this camp to anyone under the age of 16 because to get the most out of Kichaka you need to go on safari walks.
Notes
The camp moves between very wild areas and is not fenced. We therefore recommend that only mature teenagers with an understanding of Africa consider visiting Kichaka. All children should be supervised at all times.

Since mid-2018, many of our travellers who stayed at Kichaka Expeditions have kindly recorded their wildlife sightings and shared them with us. The results are below. Click an animal to see more, and here to see more on our methodology.

Power supply notes
Electricity and charging points in the tents.
Communications
There is sporadic mobile phone reception. There is a satellite phone in case of emergencies.
TV & radio
There is no TV or radio here – this is about as remote as you can get.
Water supply
Borehole
Water supply notes
The solar heated water is dug from the river and is fine to wash with, however guests should not drink it. Filtered water is supplied.

Malarial protection recommended
Yes
Medical care
First Aid Kits are carried by all the members of staff both on vehicles and in camp. The staff are all fully-qualified first aiders but in an emergency a medical evacuation would need to be arranged from one of the local airstrips.
Dangerous animals
High Risk
Security measures
There is a radio provided in every tent and there will always be a member of staff close by in case of an emergency.
Fire safety
There are fire extinguishers on all the vehicles.

Disabled access
Not Possible
Laundry facilities
This is a complimentary service and usually takes around 24 hours.
Money
There are no credit card facilities at the Lodge. However it is all-inclusive and so you should not need to pay for anything once you are there. You should however remember to bring some cash (US$ or Tanzanian shillings) in order to tip the staff at the end of your stay.

Ikuka is a stylish lodge-style safari camp set high on an escarpment with spectacular panoramic views over Ruaha National Park.

One of Ruaha's most luxurious camps, Jabali Ridge nestles among kopjes and baobabs, with beautiful views of the surrounding area.