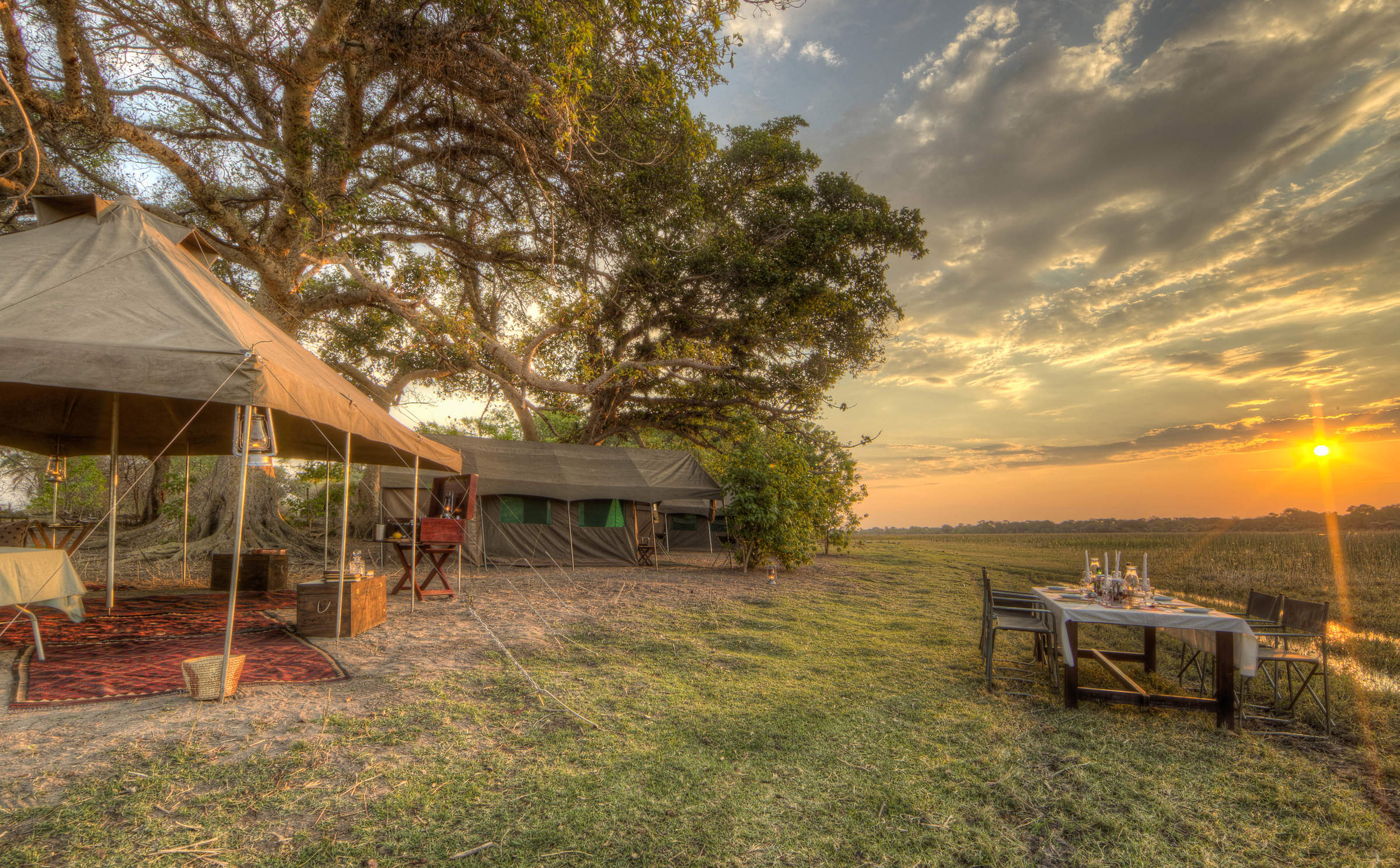 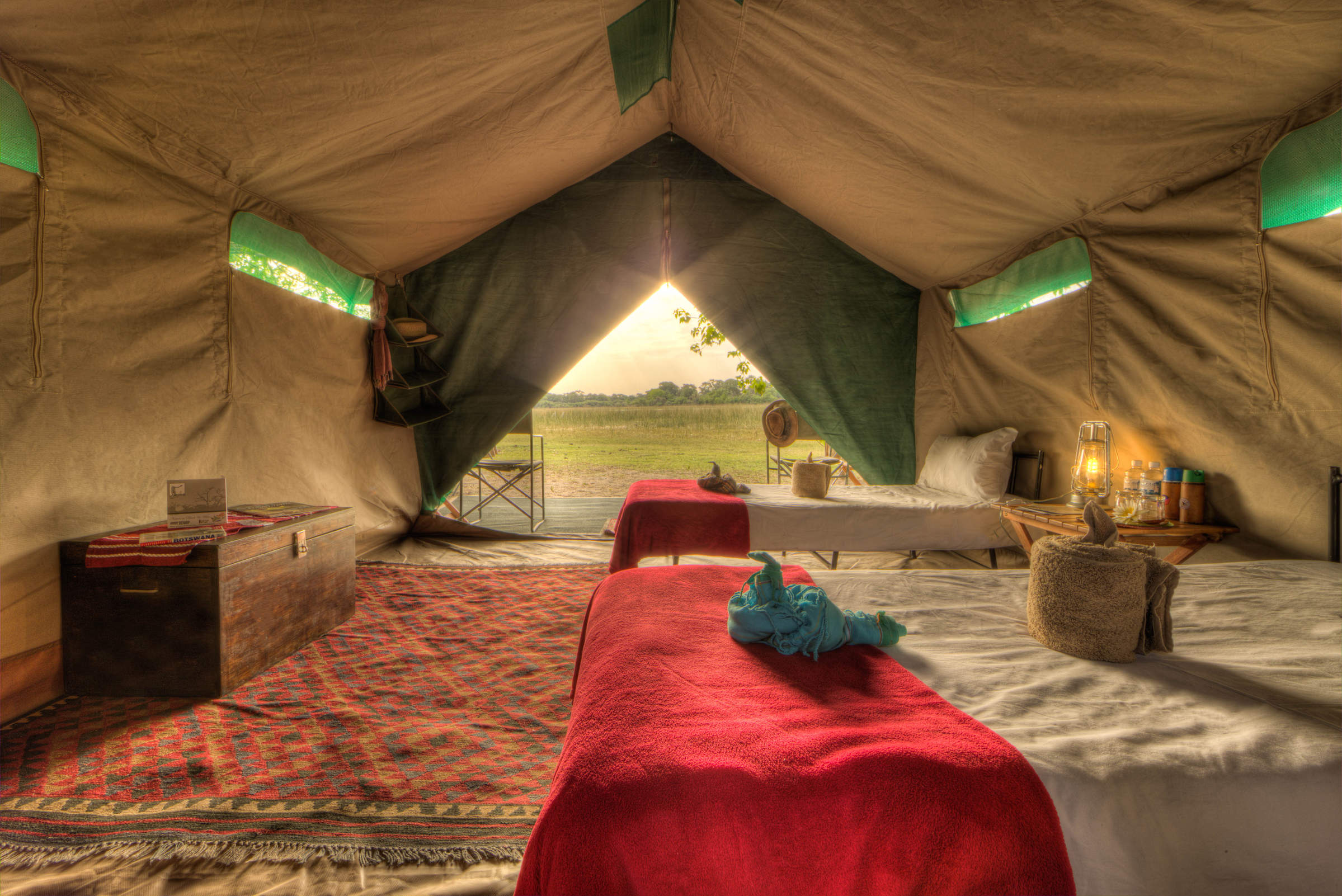 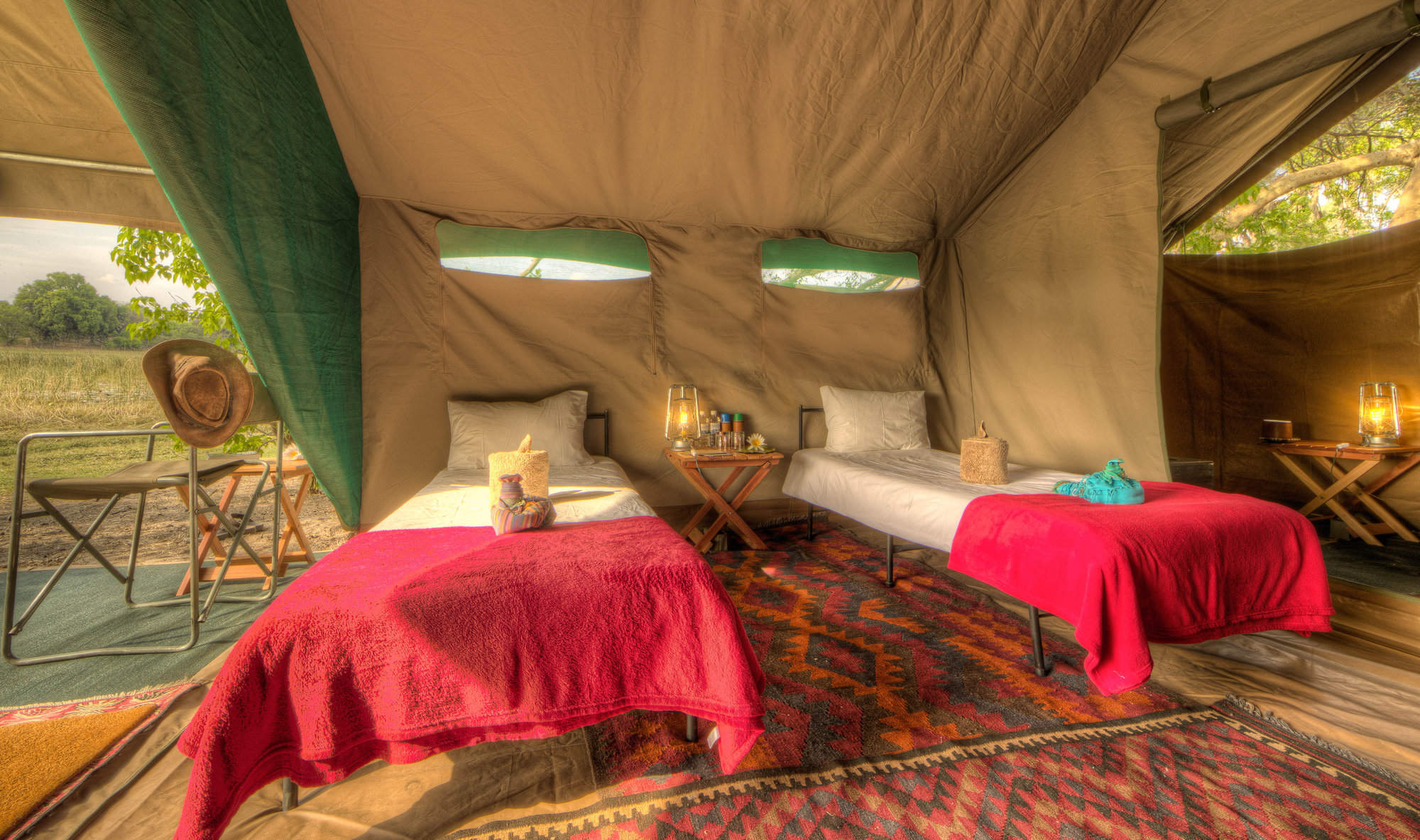 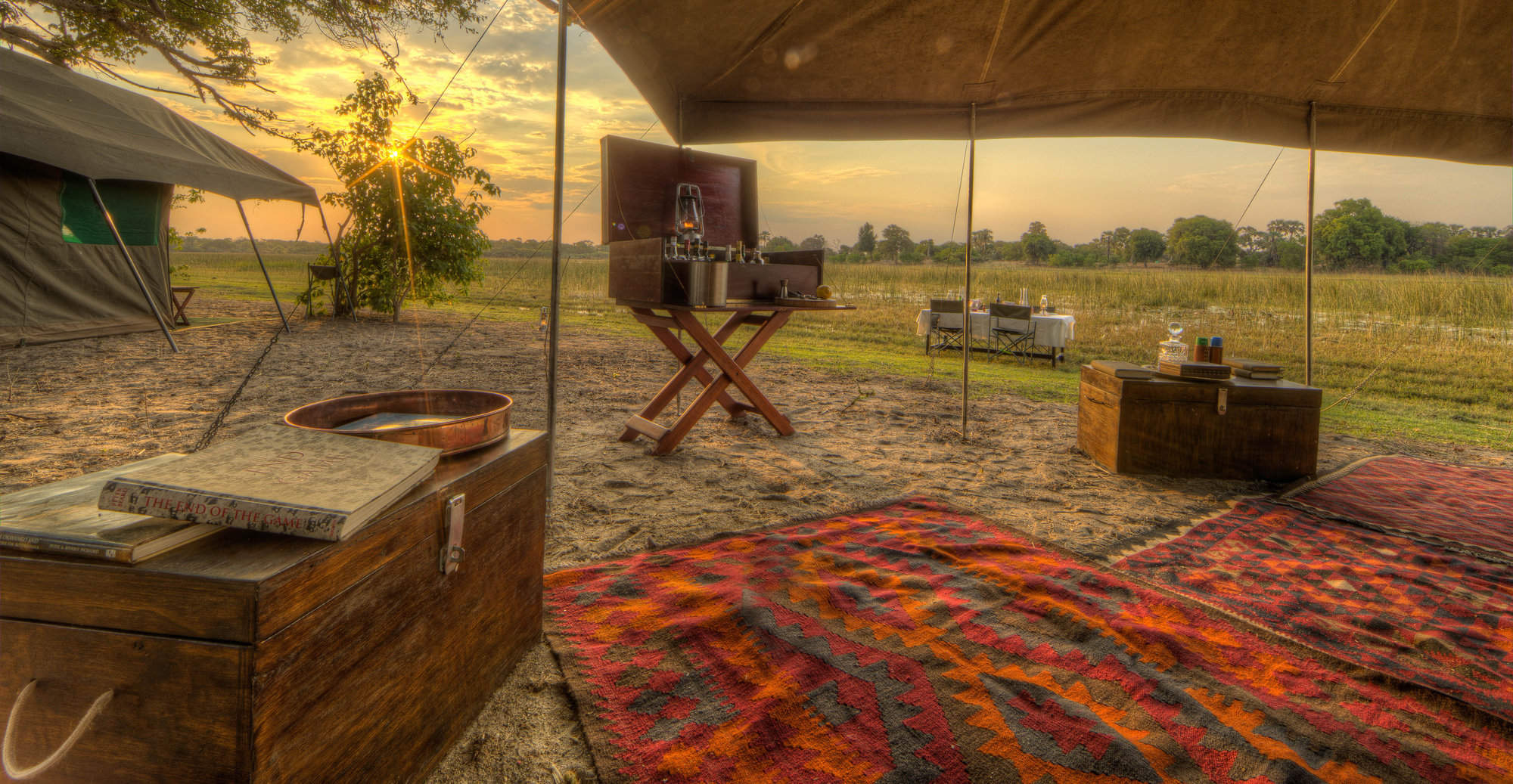 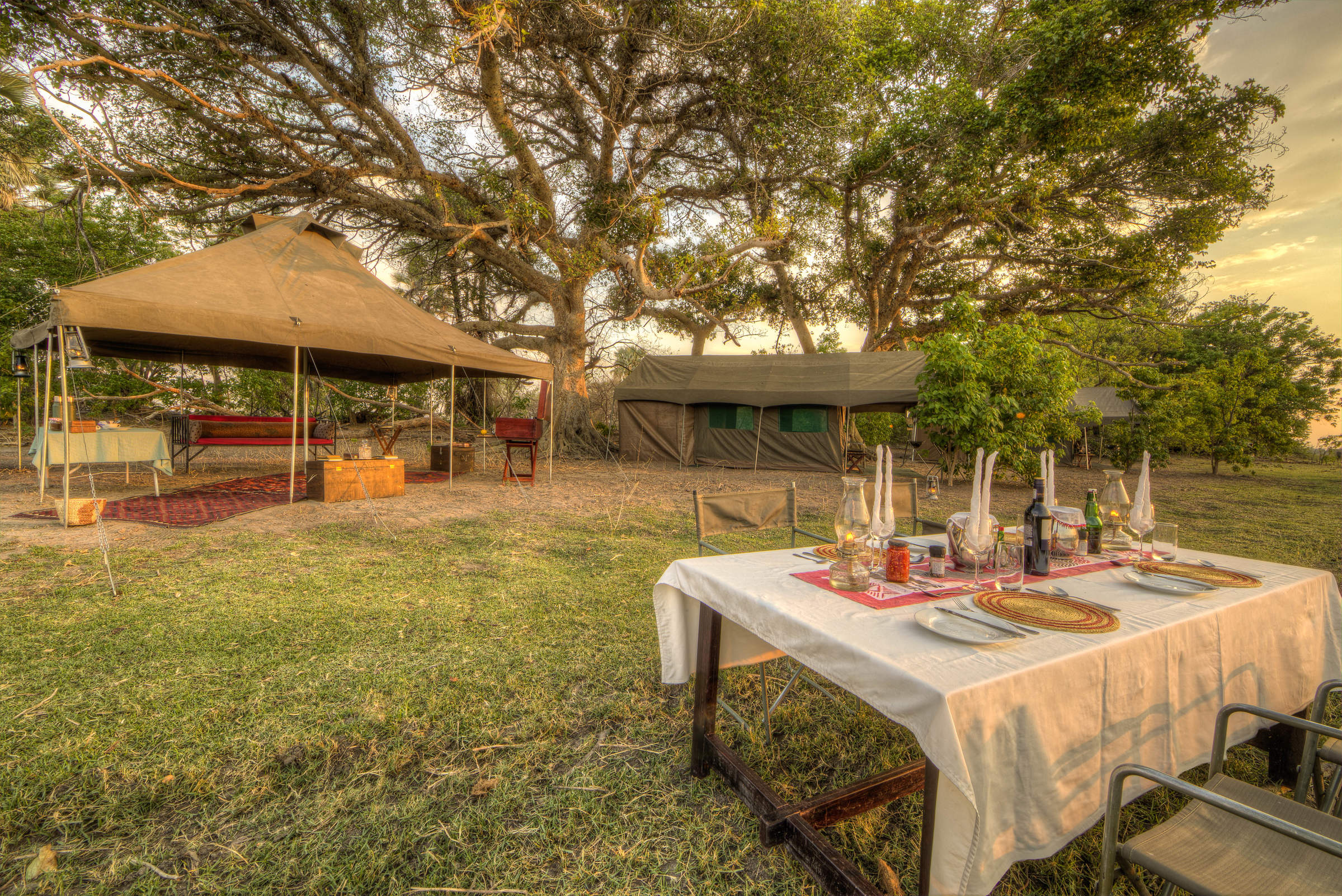 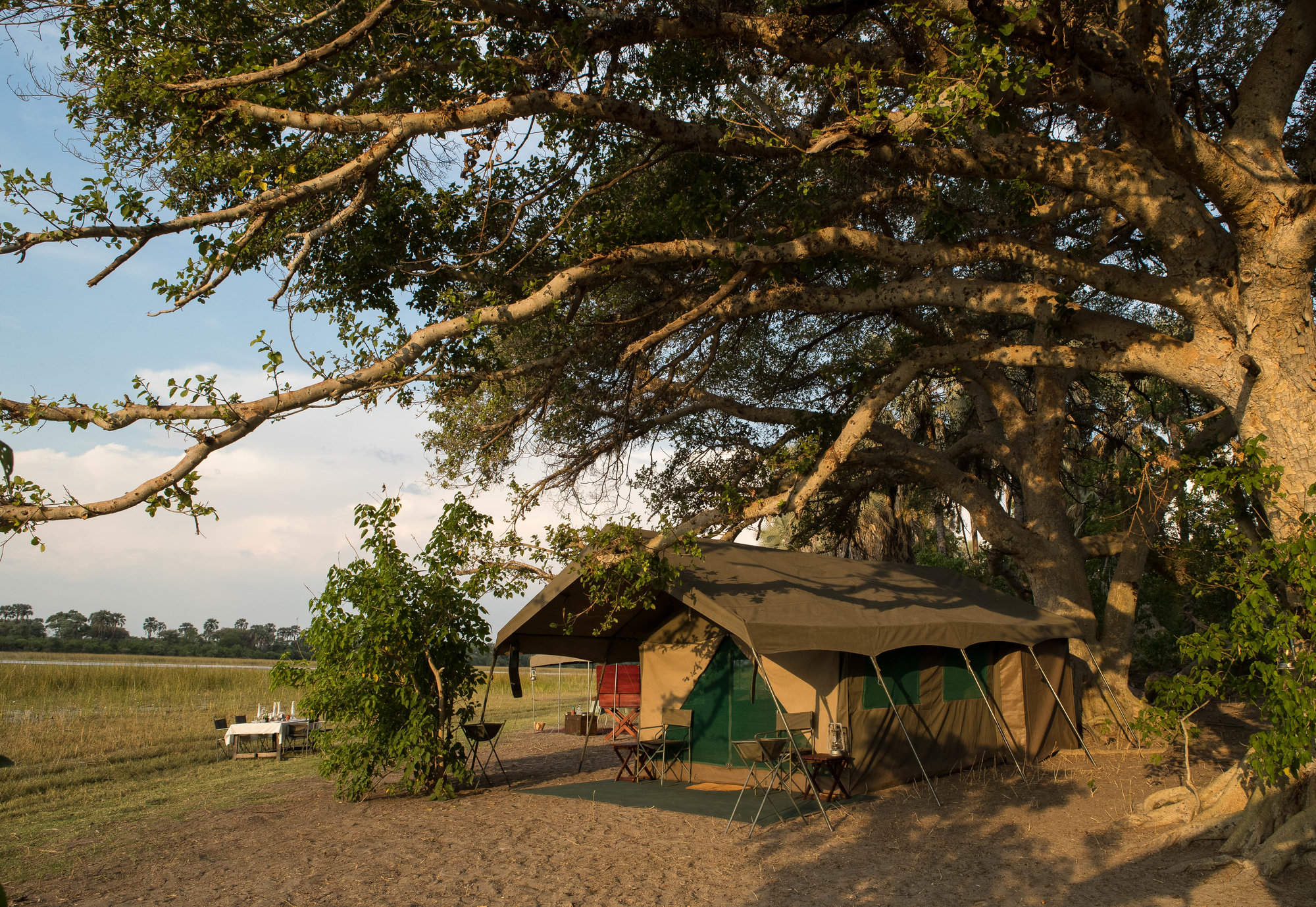 36 independent comments and wildlife information from our travellers who have visited Private Mobile and kindly agreed to share their thoughts. They do not necessarily represent the views of Expert Africa

6 nights Arrived 28 Aug 2016
"This was our first mobile safari in Botswana, but we had been spoiled by superb private guiding in Zimbabwe on two previous trips.

Our standards were extremely high.

When Expert Africa suggested a six day mobile with a thirty three year old guide and his crew we felt it would be difficult to measure up to our previous experiences. Wow! Were we surprised.

Andrew Harkness grew up in England, but in the years since he emigrated to Botswana he has walked hundreds of kilometers in the Delta and back country, apprenticed with the "old school" private guides, and built a really fine mobile safari operation.

Andrew is fastidious. He attends to every detail with patience and a great sense of what will create a unique experience for the client. He manages his team with a firm but kind touch, and his spouse Pippa creates plans that are flawless.

We have stayed in some fine fixed camps in Zambia, Zimbabwe and Botswana, but none have come close to the quality of cuisine and preparation delivered by Andrew's team.

His overall knowledge, sense of fun, tracking and safety ability, and execution are second to none. We are in the process of booking another week with Andrew and Harkness safaris for next August. He's that good." See all these reviews: 13n in Botswana
Experience Report
Overall Rating:
Excellent
Location:
Excellent
Service:
Excellent
Activities:
Excellent
Rooms:
Excellent
Food:
Excellent
Facilities:
Excellent
C & J
Washington DC

6 nights Arrived 6 Aug 2016
"We had the most fantastic time with Andrew Harkness on our August mobile safari in Botswana - it's hard to know even where to begin. The mobile experience itself was superb - an incredible way to get up close to the animals and feel immersed in the landscape. The tents were comfortable, the staff were courteous, professional, and extremely helpful, and the food was out of this world - I still can't quite believe some of the dishes that the chef was able to pull together in a bush stove over an open fire, including souffles (true story) and perfectly baked breads, scones, and cakes. Genius.

Andrew himself was the paragon of what a guide should be - knowledgable, excellent company, and also respectful of when we might need time to ourselves. He also went out of his way to provide the very best service he could (including DHL-ing a Kindle we left behind in the tent!) and overall was an incredible ambassador for Botswana and the Okavango.

In terms of the safari, we spent three nights in the Khwai concession and three nights in Moremi Game Reserve - both were great, though for different reasons. The density of wildlife in Khwai was amazing, with hordes of elephants all over the place and up close and personal encounters with lions on several of the days we were there. We also had a chance to do a mokoni ride, courtesy of a company run by some of the Khwai villagers, which was a unique addition to the experience and very relaxing (even though we did need to do a bit of walking on land to avoid an aggrieved hippo!). However, the aggregation of animals along the narrow strip of the Khwai river also meant we saw quite a few other tourists - nothing like the traffic jams of the East African parks, but that was where Moremi shone through. On one of the days we were there, I don't think we saw more than three other vehicles - it was as if we had the park to ourselves. The landscape was also extraordinary, with "islands" of trees marking the areas that are saturated during the height of the floods, and many different water sources meandering through.

I would definitely recommend visiting both sites if possible, in order to get this balance of intense wildlife viewing and an appreciation of the variety and complexity of the Okavango ecosystem. For those keen on checklists, we saw four out of the big five (didn't really expect to see a rhino as they are rare in the Delta, and only really found deeper in) and over 120 species of birds - the only mammal we missed that we had really wanted to see was a cheetah, and Andrew has promised us one if (when!) we go back. Overall, our six nights of mobile safari were a dream come true, and exceeded even our wildest expectations, largely down to the professionalism and exceptional level of service offered by Andrew and his team. " See all these reviews: 7n in Botswana
Experience Report
Overall Rating:
Excellent
Location:
Excellent
Service:
Excellent
Activities:
Excellent
Rooms:
Excellent
Food:
Excellent
Facilities:
Excellent
Mrs J & Family
Dunmow

4 nights Arrived 21 Jul 2016
"This was a lovely spot to camp and the park was teeming with wildlife. Andrew was a very imformative guide and you always felt very safe and secure particularly when facing up to a bull elephant or having a leopard pace right next to the truck. He was very happy to do whatever we wanted and found lots of game including lions and wild dogs with a litter of puppies.

We went on several walking safaris to stretch our legs and had some incredible sun downers.

The hyenas and lions were very noisy outside our tent at night and my husband had an elephant stroll past whilst he was having a shower!! All great experiences.

6 nights Arrived 18 Jun 2016
"Totally chuffed...it doesn't get any better than this! How does one exceed a camp crew with Rifle as your cook (chocolate mousse in the bush!), TC as the driver, and Pro and Zulu as the rest of this efficient, tight, and happy crew.
Andrew's selection in NG 32 (with Makoros) with Waco as a guide is a fabulously subtle addition. Waco is a superlative low-key guide, and one must not ignore Lydia as the rear-view eyes in the bush. NG 32 is also especially delightful because of its isolation; you're pretty much there with no one else.
Our next camp in the Khwai River concession, NG 19, is unforgettable as well: night stars through the mesh, elephants drifting through the camp, green spring-hare eyes at night, etc. Tragically, this is where our safari ended due to the medical emergency. Not that one wants to test it, but Andrew's emergency response was immediate, decisive, and reassuring.
As the guide, Andrew is a low-key accomplished, competent professional, who pays attention to his environment and is responsive to the needs of his clients. He is extremely knowledgeable, knows his birds and plants, and is completely in love with his job. He is bloody fine company in the bush! We highly recommended him, and we would go back with him tomorrow. One day, we hope to finish our planned safari to Savuti et al." See all these reviews: 11n in Namibia; 7n in Botswana
Experience Report
Overall Rating:
Excellent
Location:
Excellent
Service:
Excellent
Activities:
Excellent
Rooms:
Excellent
Food:
Excellent
Facilities:
Excellent
Mr & Mrs M
Brenchley

3 nights Arrived 27 Sep 2015
"Andrew is very personable and his enthusiasm is contagious.

The food was wonderful - a bit too plentiful for us to begin with but we are probably small eaters!

3 nights Arrived 27 Mar 2015
"Andrew is a great guide. His camp was comfortable and he was attentive to our group's needs.

He even took the kiddos for an afternoon so that we adults could have a rest.

We really enjoyed our time with him and the lion sightings were excellent." See all these reviews: 7n in Zambia; 3n in Botswana
Experience Report
Overall Rating:
Excellent
Location:
Excellent
Service:
Excellent
Activities:
Excellent
Rooms:
Excellent
Food:
Excellent
Facilities:
Excellent
Showing 31-36 of 36
1234
Previous
100%
36 reviews of Private Mobile by travellers since August 2007
Overall rating by our travellers
36
0
0
0
0
Filter by month

Overlooking the Khwai River and Moremi Game Reserve beyond, Little Machaba is a classically designed camp with very comfortable tents in a great game-viewing area.

Khwai River Lodge is a luxurious and well-equipped safari camp, on the northern edge of Moremi Game Reserve. This area isn't exclusive, but it is beautiful and has excellent game.