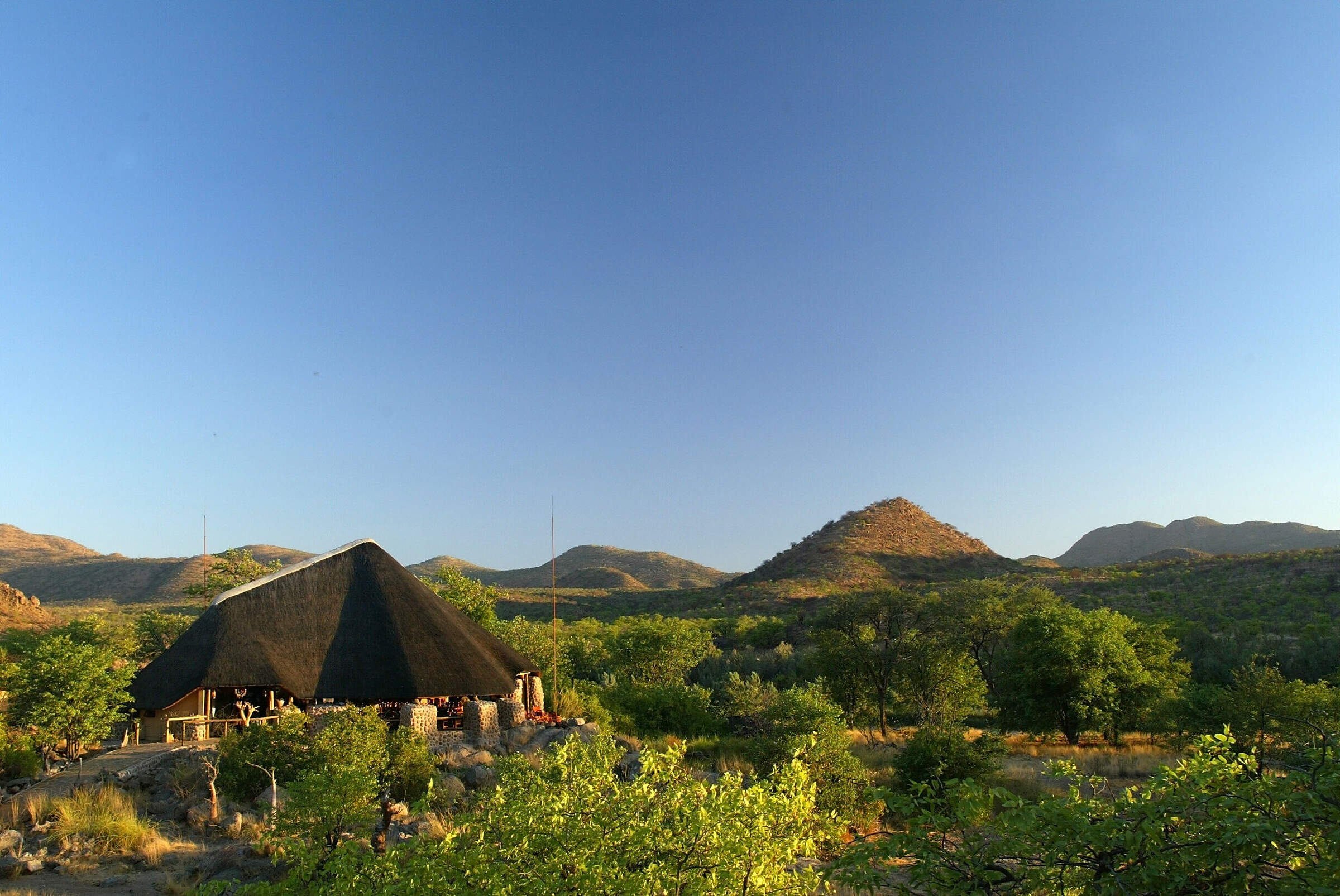 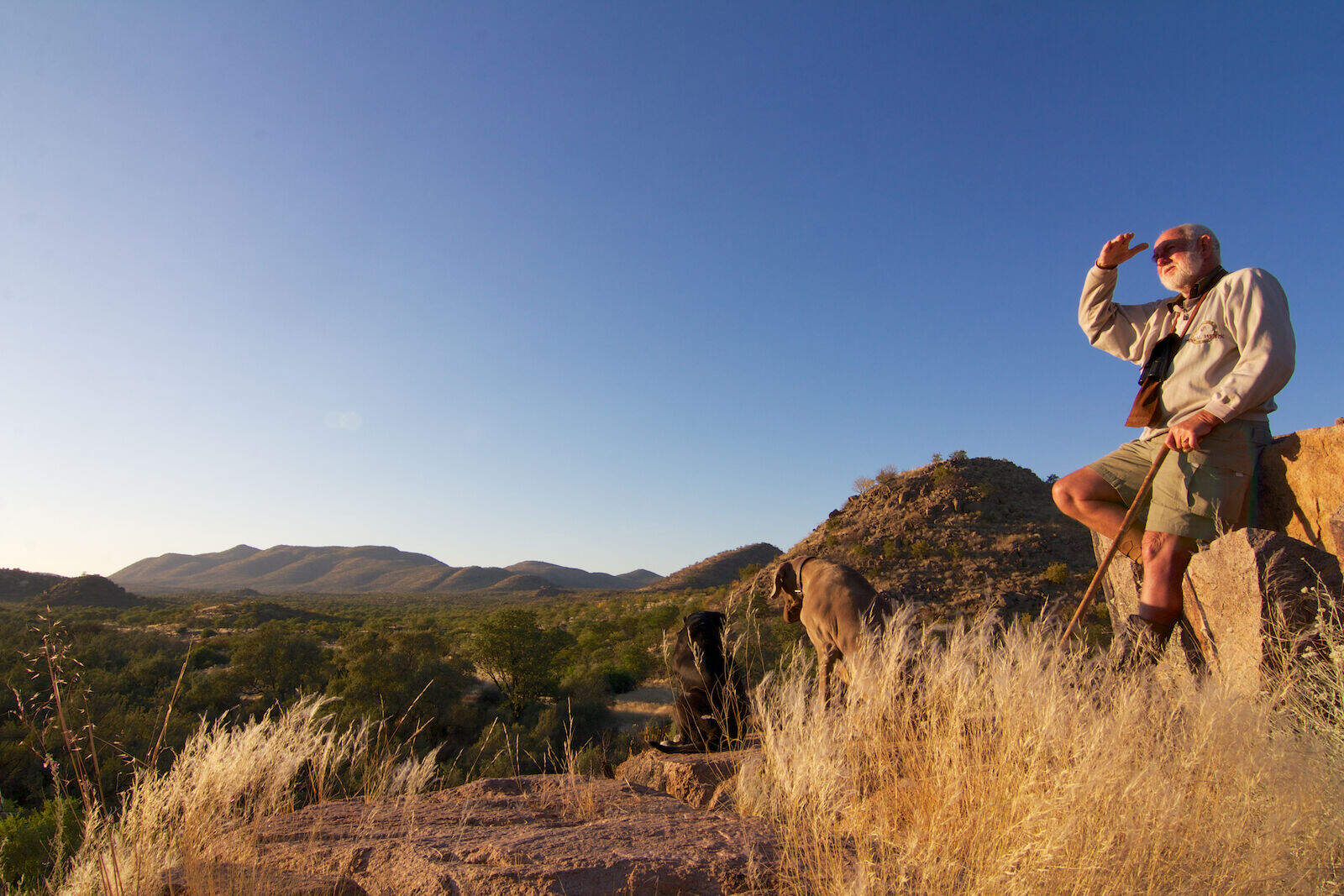 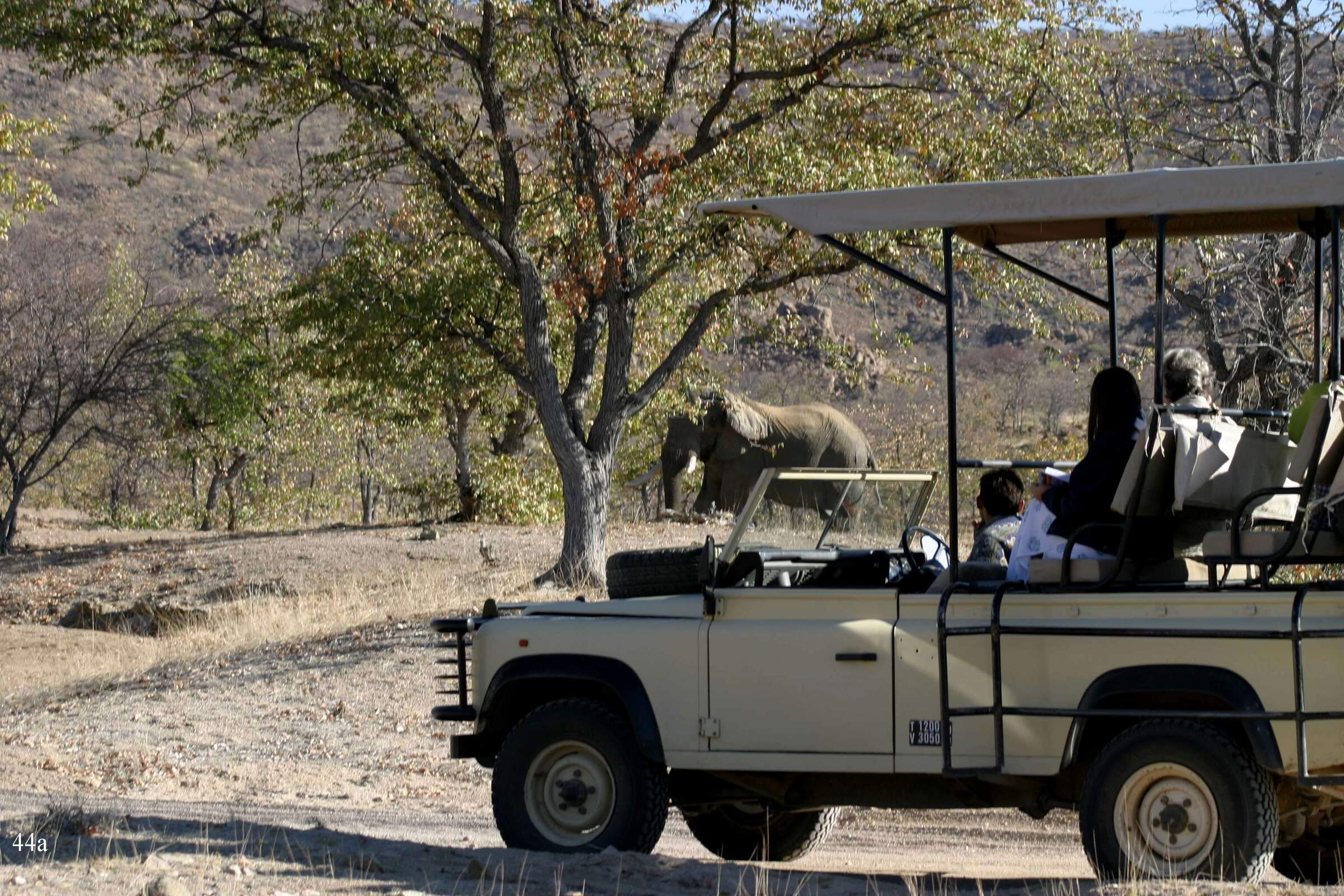 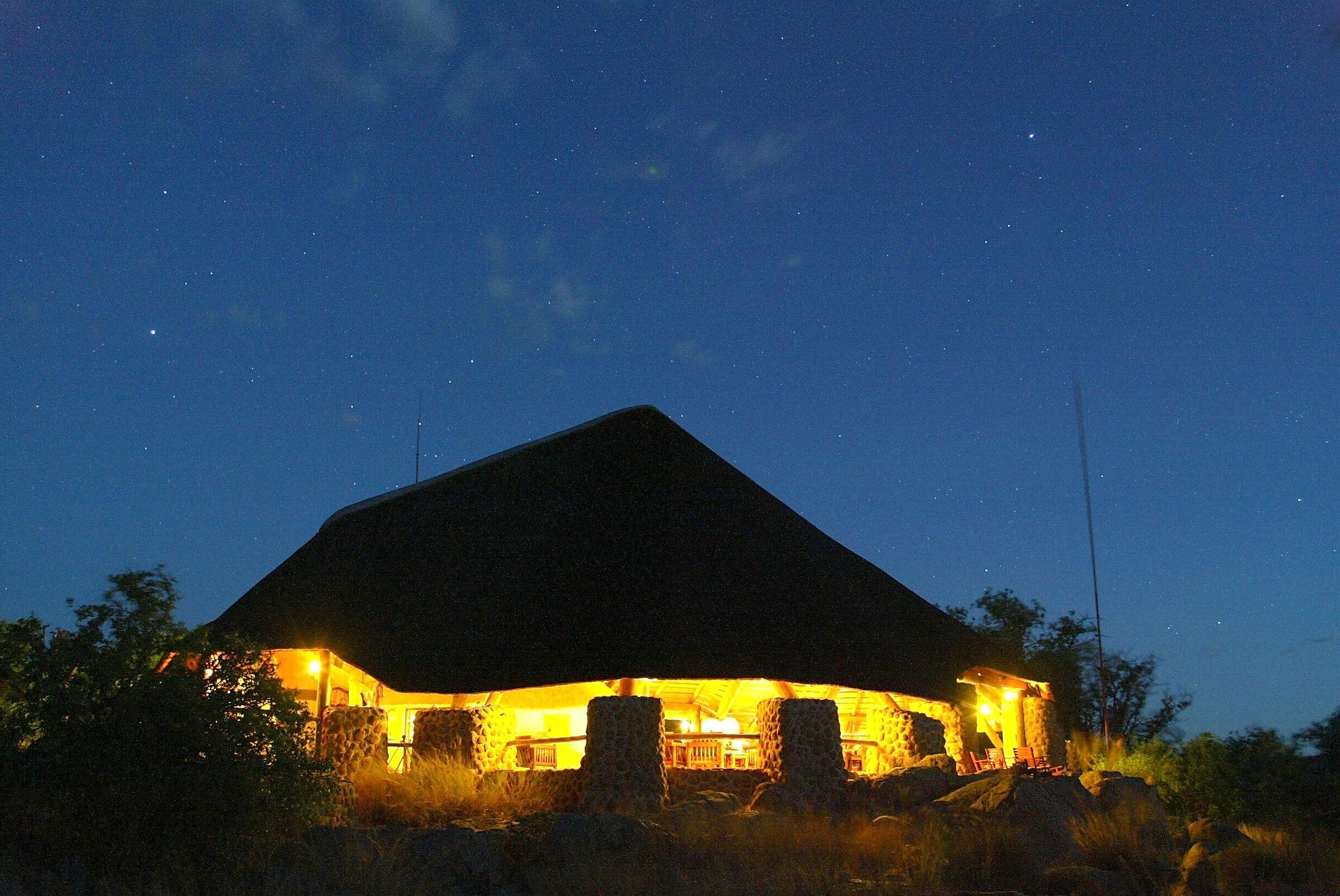 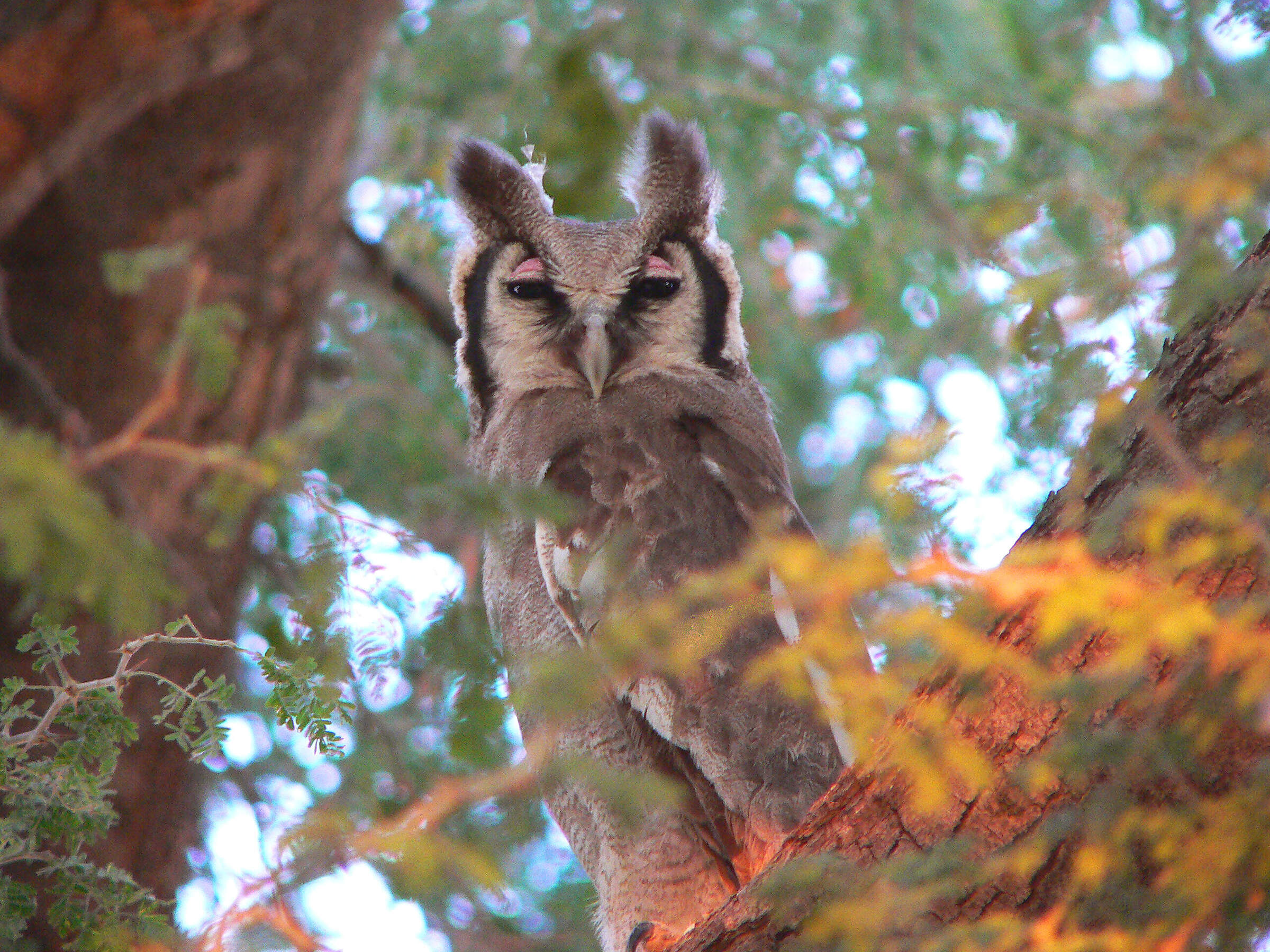 28 independent comments and wildlife information from our travellers who have visited Huab Lodge and kindly agreed to share their thoughts. They do not necessarily represent the views of Expert Africa

2 nights Arrived 30 Nov 2017
"This was our third visit to Huab Lodge and it is a good place to chill out for a few days - especially relaxing in the hot spring. Rooms are spacious and comfortable. The food is very good and the ambiance great.

We had very enjoyable morning walks and sundowner drives, though guiding is down a notch or two since Jan and Suzi are no longer in residence at Huab for most of the time. To be fair, Jan is a hard act to follow. There is not a lot of game - but the scenery is beautiful.

We were surprised to have to pay for drinks and laundry although the tour notes and the voucher said that they were included. The policy seems to have changed since our last visit when these were included. We have fond memories of Jan introducing the wines that he had selected to accompany dinner but now you must buy a small individual carafe of a 'red' or 'white' wine.

"a bumpy road to paradise"

2 nights Arrived 12 Sep 2017
"Huab was a lovely place to stay, the staff were very helpful and friendly and very informative about the area. Game drives weren't expensive and Herbert our guide was very knowledgeable about the area and environment. Also I had a great massage which helped amazingly my stiff back after the car journey.

The main downside of the cabins was the lack of air conditioning which in 35+c heat made the daytime pretty uncomfortable and impossible for doing anything.

Our rental vehicle was a VW combi and the the 30 plus km drive into the lodge was our first real experience just how challenging the tracks in Namibia can be. It made the gravel main roads seem good." See all these reviews: 14n in Namibia; 5n in Zimbabwe; 2n in Botswana
Experience Report
Overall Rating:
Good
Location:
Good
Service:
Excellent
Activities:
Good
Rooms:
Good
Food:
Good
Facilities:
Good
Mr J
New York

The spot is beautiful and gives you the chance to go out on lovely self-directive walks/hikes which is great if much of the rest of your trip involves lots of safari drives.

Collective dinners around a common table were a fun chance to meet other travelers. Staff was very warm and attentive to our needs/wants.

2 nights Arrived 17 Oct 2016
"Huab lodge consists of several lovely buildings, in a lovely location. Unfortunately the managing staff currently in place is not up to the standards reported for the original owners.

The junior staff, the dining room and cleaning staff are all excellent, very polite, helpful and professional. However, the caretakers and the lead guide present for our stay could benefit from supervision and/or training. The guide leading the sunrise walk brought three large dogs who ran wildly through the bush and shrubs while the guide made futile attempts to call them back. We were also strongly discouraged from asking any questions or stopping to look at birds that were not a a part of the established patter. The guide was knowledgable but inflexible and did not set a welcoming tone.

The other disappointment was the lack of any large game such as elephants.

With no moon the stars were amazing although we needed someone to tell us what we were looking at.

2 nights Arrived 5 Sep 2015
"Food and service really good. Enjoyed the evenings around the communal dining table talking to the staff and other guests.

Very impressed by the cooking which included local African dishes which were introduced to the guests each evening by the catering staff in their own native language - a chance for us to experience the click dialect." See all these reviews: 14n in Namibia
Experience Report
Overall Rating:
Excellent
Location:
Good
Service:
Excellent
Activities:
Good
Rooms:
Excellent
Food:
Excellent
Facilities:
Excellent
Mr & Mrs R
Hereford

"Our third visit to Huab"

2 nights Arrived 3 Sep 2015
"We were very much looking forward to returning to Huab,and its peace and quiet, and Jan's great knowledge of the plants and animals, so it was rather sad to find that he and Susie were away as Jan was due to have an operation.

"Nothing special at Huab Lodge"

2 nights Arrived 24 Aug 2015
"Didn't particularly enjoy stay here. It was very crowded - the leaflet said only 16 people could stay, there were 26 guests when we were there - not good for everyone eating at the same time on the same table (with an additional child table).

The 4 of us were shown into one room initially, I said we had booked two rooms (I had already given them our accommodation vouchers). Another villa was found for us but away from the main lodges - no lock on door - only a rock to shut door, tiny bed, very tired bed linen, rusty basin etc. I asked to be nearer the children but was told we booked last (apparently??) so no space - just seemed a bit disorganised.

Our eventual room OK but pretty shabby and not nearly as nice as the other ones. For the second and final night we were asked if we wanted to move as someone had left but felt it not really worth transporting all our stuff. Also felt things such as drinks were pushed on you, e.g. if you asked for wine, you were given a bottle, not a glass.

You were not told price for laundry for example. Would be better if someone (not a guide) was in charge of welcoming visitors and explaining the system." See all these reviews: 13n in Namibia
Experience Report
Overall Rating:
Poor
Location:
Good
Service:
Poor
Activities:
Average
Rooms:
Poor
Food:
Poor
Facilities:
Average
Feedback Response
Both Expert Africa and Huab Lodge were very sorry to hear that these travellers did not enjoy their stay. We sent the above comments to the lodge and have addressed the issues in question.

When our travellers visited Huab, the lodge was fully booked and they had three families with young children staying. The lodge explained that although it is the busy season it’s unusual for them to have so many families staying at the same time. The lodge is very sorry that this overbooking impacted our traveller’s stay and will ensure that this situation will not happen again.

Huab confirmed that there had been an initial misunderstanding about the room allocation for our travellers and they tried to make amends by allocating them their honeymoon suite. However in hindsight this was not such good compensation because this was a family booking, and as such wanted rooms close together. They apologise for this oversight.

With regards to the drinks and laundry prices, Huab have taken these comments on board and were sorry if the travellers felt ill-informed or uncomfortable.

2 nights Arrived 11 Aug 2014
"Comfortable spacious bungalows which stayed cool throughout the heat of the day. Excellent food accompanied by Jan’s choice of wines each evening. Amazing hospitality from Suzi and Jan, assisted by Brigitte and Salome and the three very friendly dogs.

Morning and afternoon drives did not produce large numbers of game though there were plenty of oryx about but the scenery and atmosphere were worth it. If you choose to take an early morning walk you will be accompanied by at least one of the dogs, but don’t be late as they will be chomping at the bit as departure time approaches!

We had a problem with a malfunctioning shower head which was replaced promptly while we were on our morning drive - amazing that previous guests had not reported it!

We followed the route from Outjo advised on the lodge’s website which saved us about 70km compared to the C39 and was on good gravel roads.

The usual board basis includes activities but, as we were arriving late afternoon and would be departing in the early morning we opted to pay for them separately. This may also be a good option for those not wishing to walk at 6am or go on two drives per day which did have an element of repetition." See all these reviews: 17n in Namibia; 2n in Botswana
Experience Report
Overall Rating:
Excellent
Location:
Excellent
Service:
Excellent
Activities:
Good
Rooms:
Excellent
Food:
Excellent
Facilities:
Excellent
Showing 1-10 of 28
123
Next
90%
28 reviews of Huab Lodge by travellers since August 2007
Overall rating by our travellers
17
9
1
1
0
Filter by month