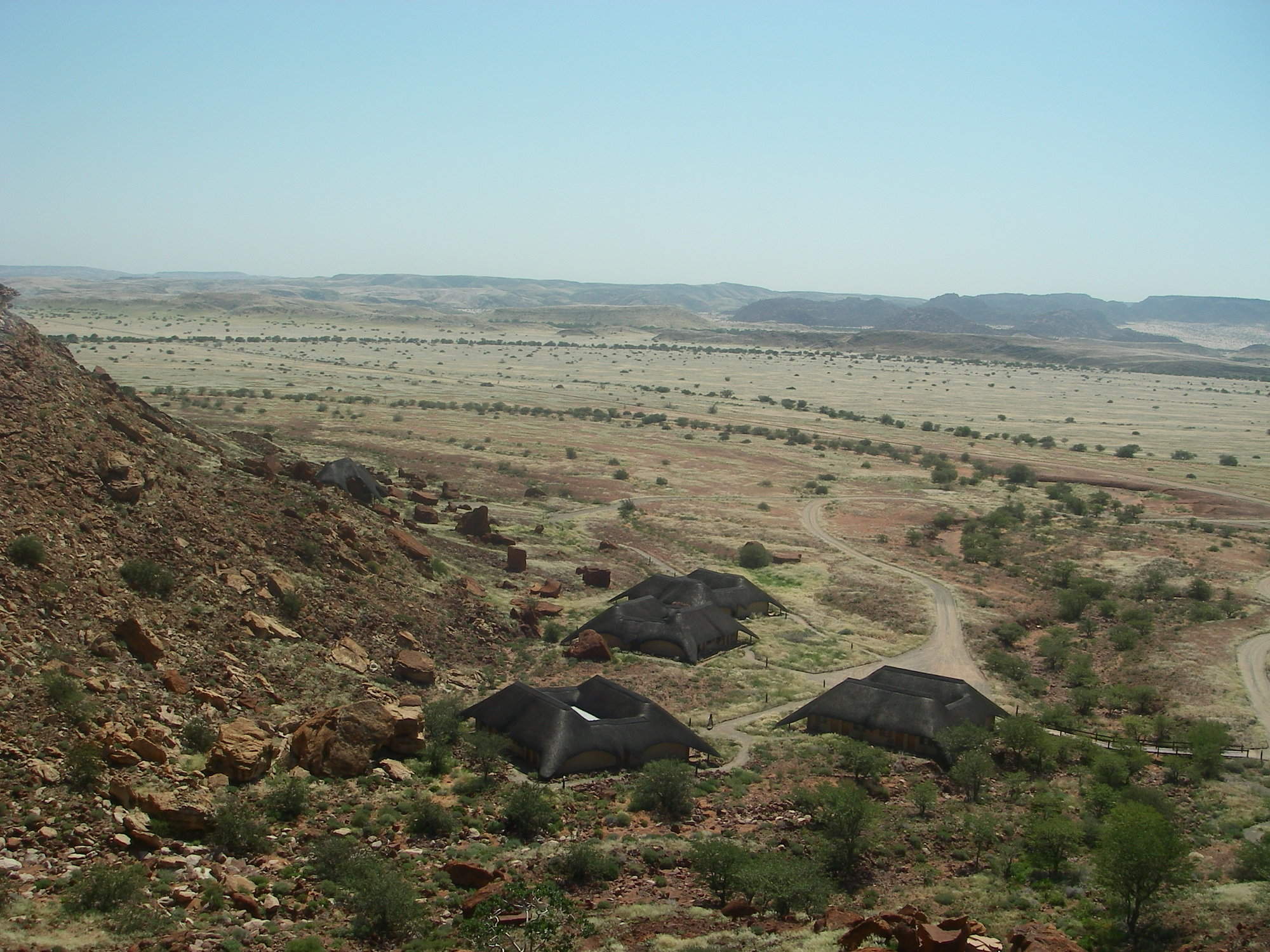 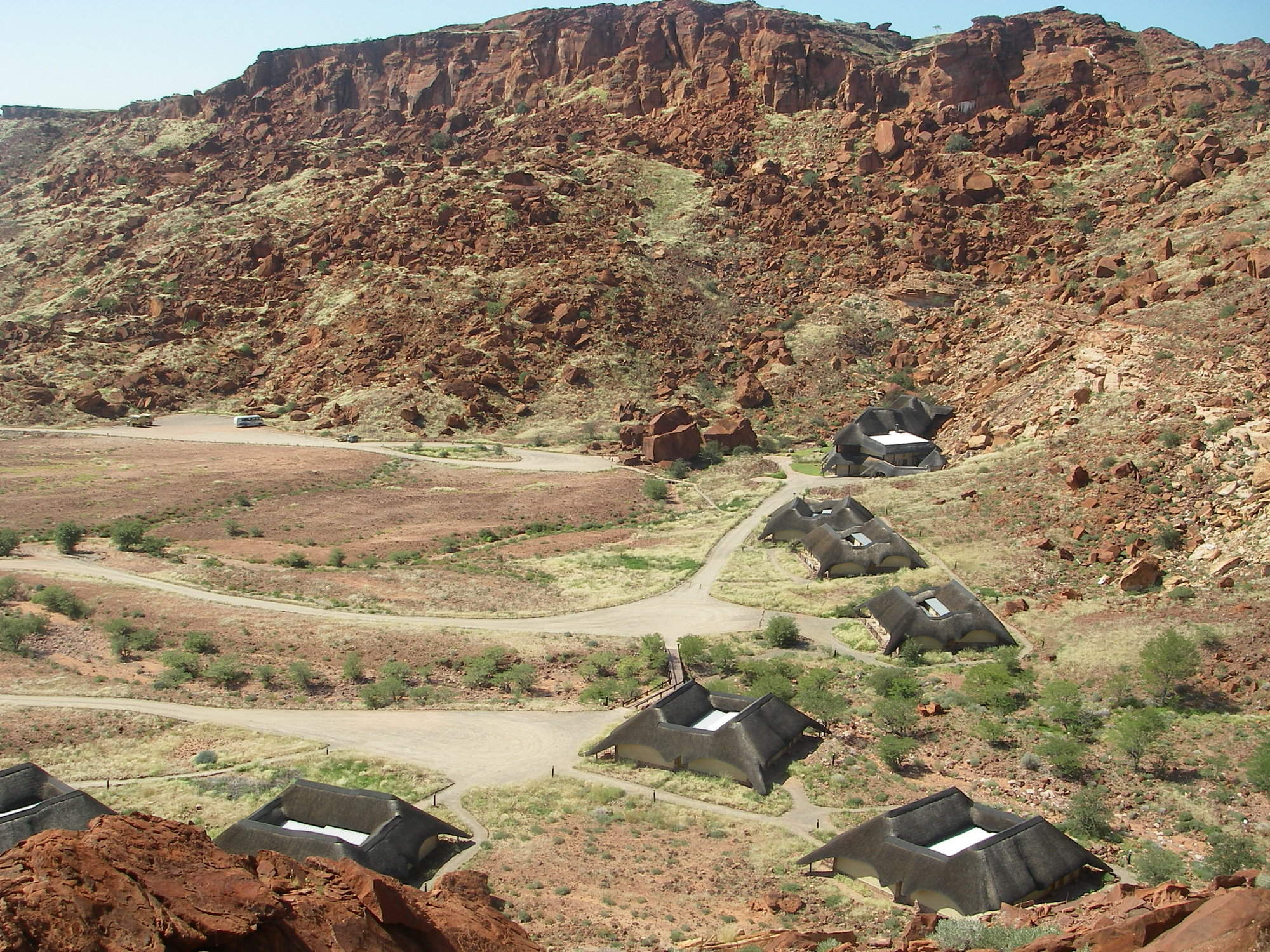 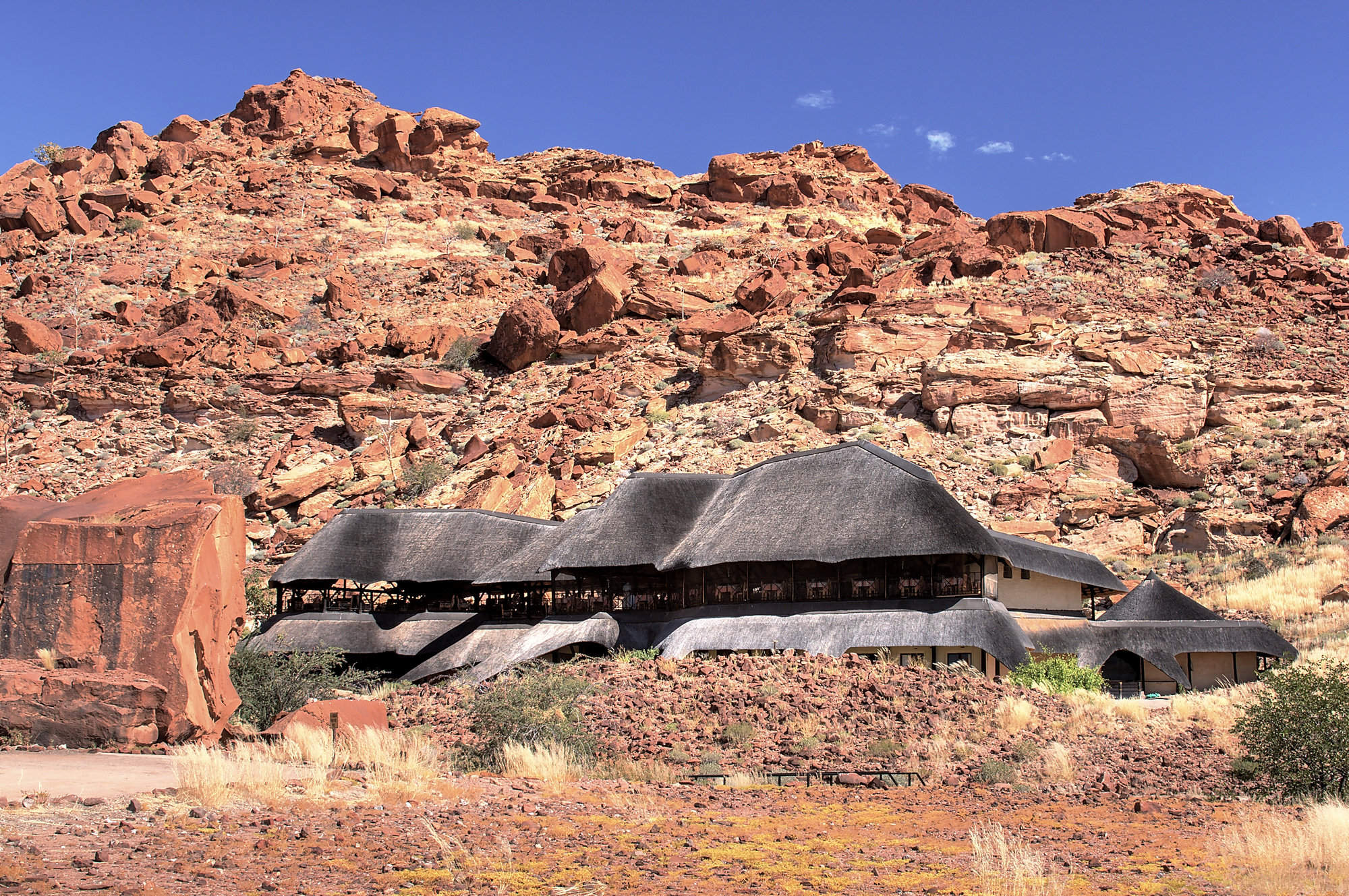 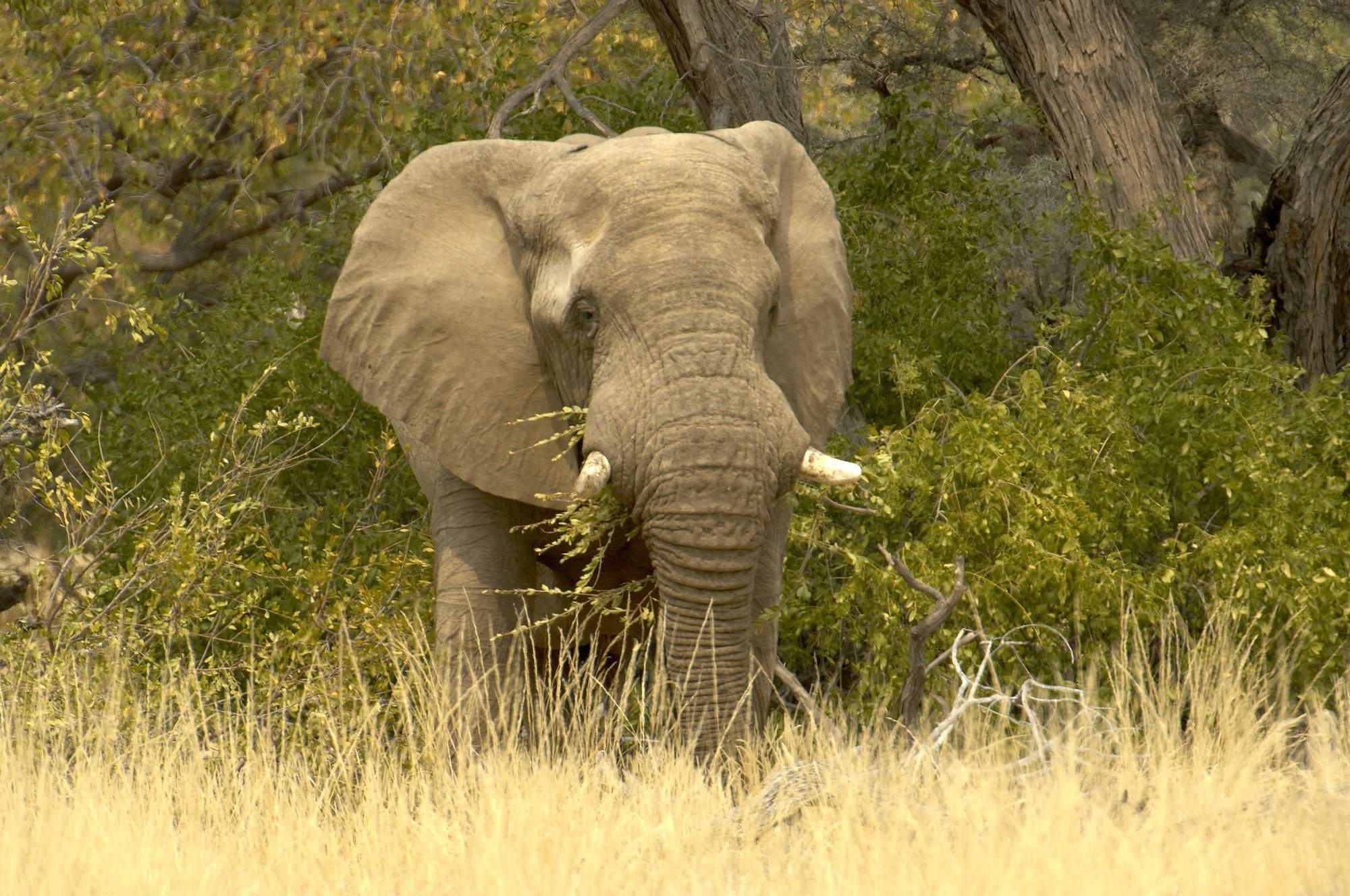 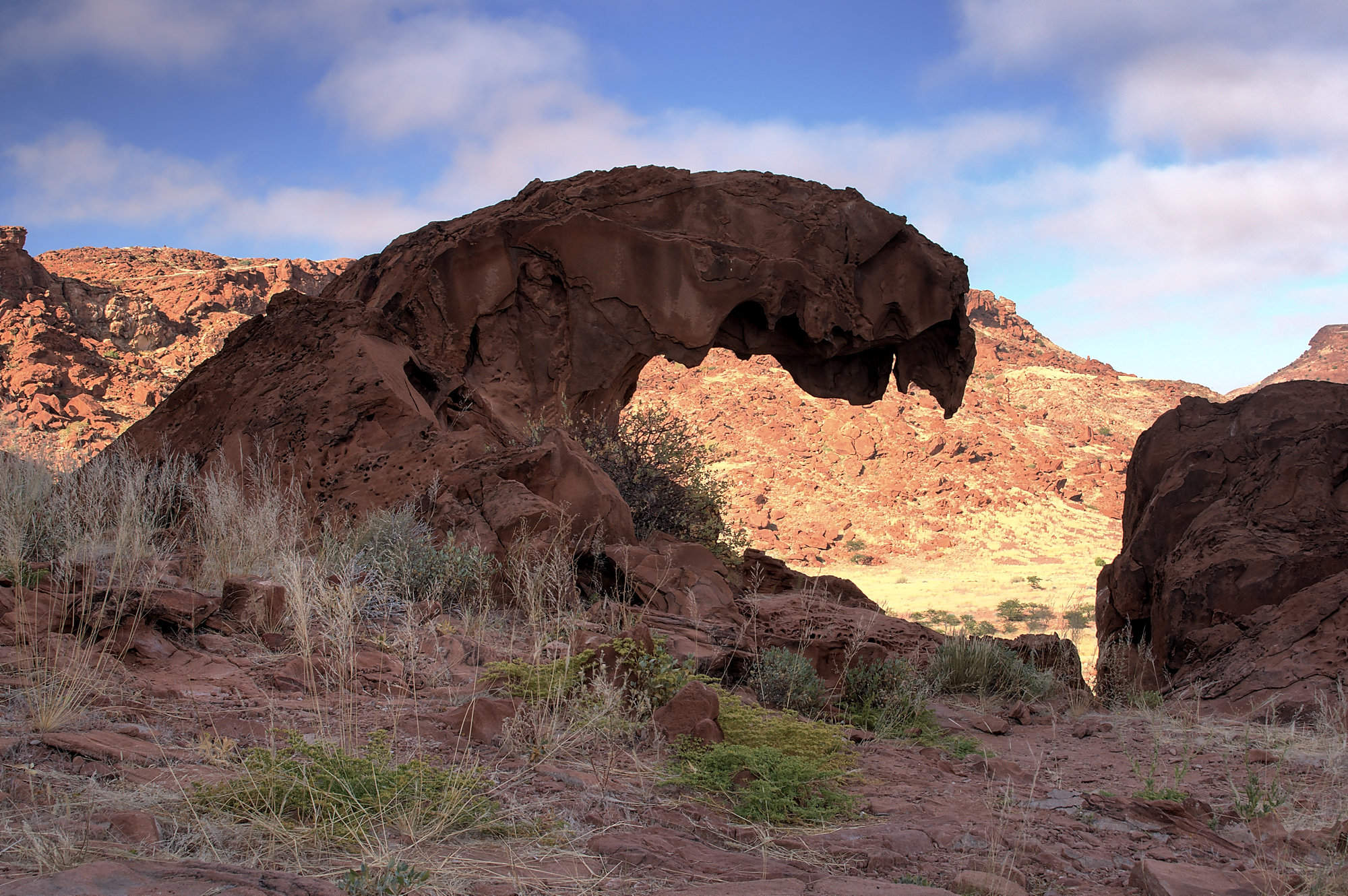 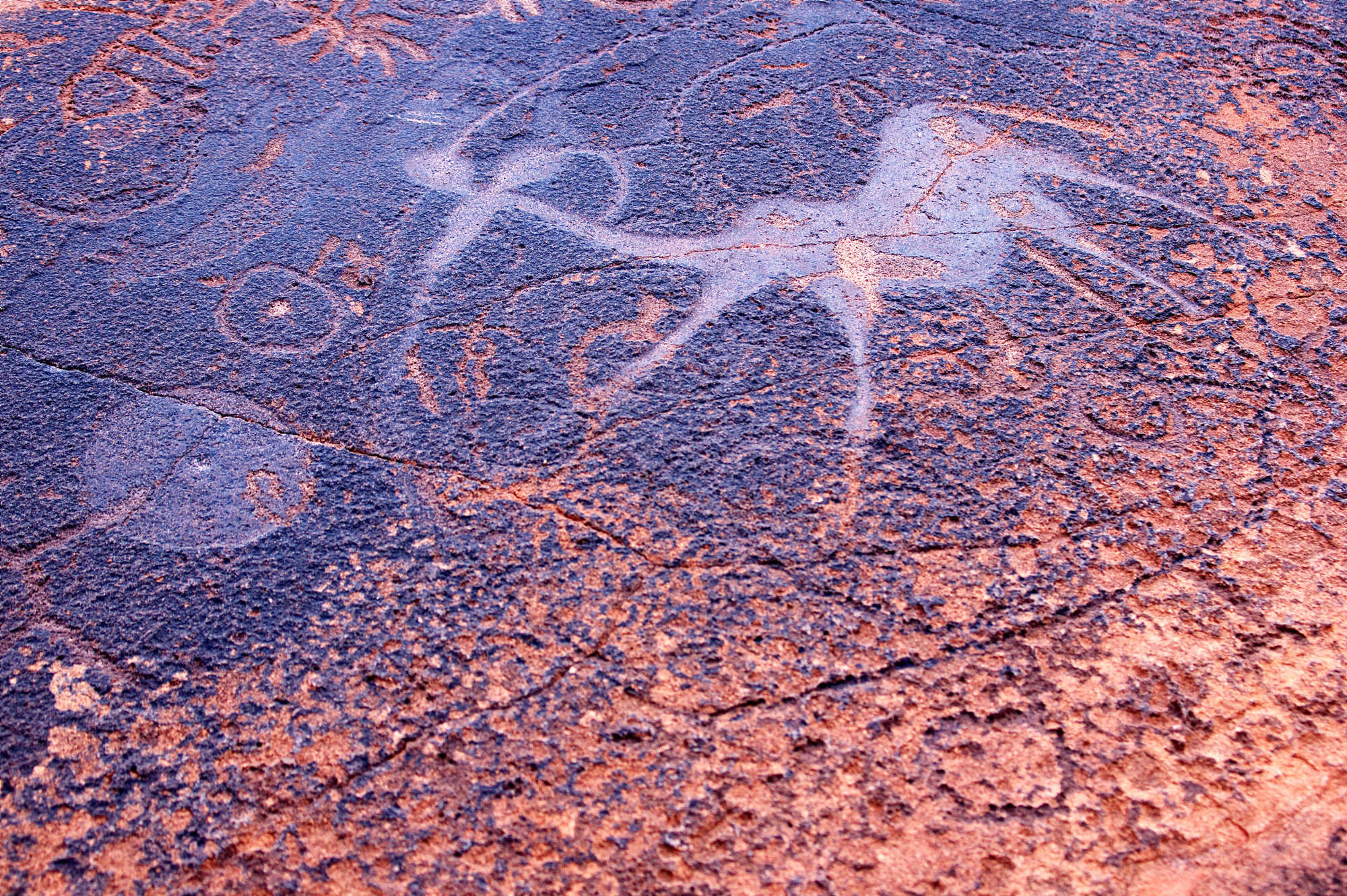 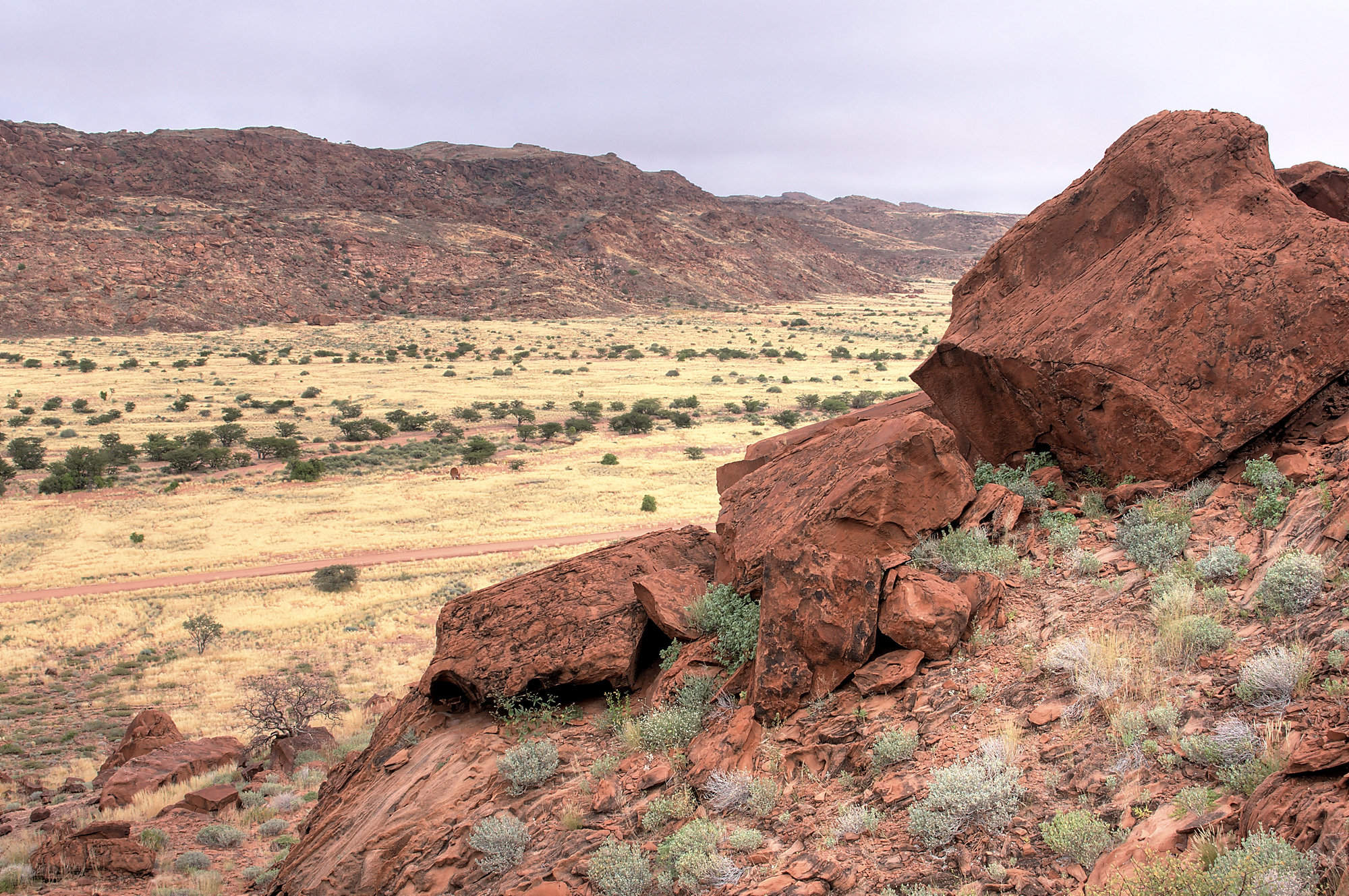 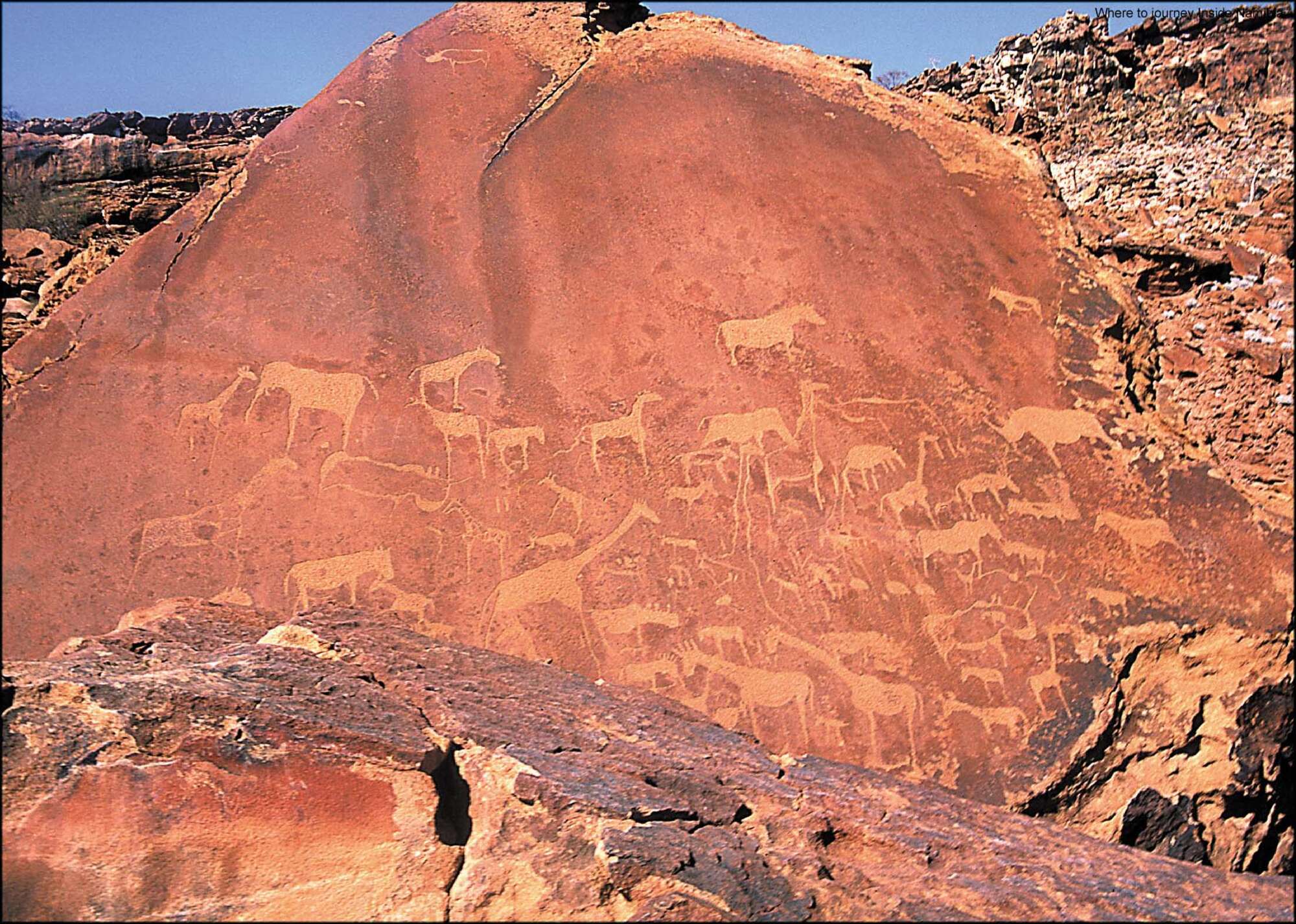 49 independent comments and wildlife information from our travellers who have visited Twyfelfontein C'try Lod. and kindly agreed to share their thoughts. They do not necessarily represent the views of Expert Africa

"Loved the view from the bar"

"Great location hidden within the rocks"

Wonderful evening game drive with excellent trackers who used all their knowledge and skills to locate the female elephants and a newly born baby.

2 nights Arrived 6 Aug 2017
"The lodge was fine, but because it was considerably larger than most of the other lodges we stayed at, it lacked their level of personal service and quality of food.

The situation of the lodge is impressive -- it is built along a red sandstone cliff and the entrance is dramatic and features a walk by its own rock carvings and paintings. The pool was the best we experienced, mostly because it had the warmest water and had a nice man-made waterfall where the water fell along the rocks into the pool The rooms were fine, though not particularly memorable. The food was an average somewhat tired buffet.

Location was exceptional -- very close to the rock carvings and other sites. Also, the grounds had a nice 3 km nature walk, though about half way through it was overgrown and difficult to find the trail. The service was fairly indifferent.

Finally, and maybe this sums it up, we were there during a partial lunar eclipse but, incredibly, they failed to deploy their two large telescopes that were sitting behind the reception desk." See all these reviews: 14n in Namibia
Experience Report
Overall Rating:
Good
Location:
Excellent
Service:
Good
Rooms:
Good
Food:
Average
Facilities:
Good
Mrs R
Billingshurst

"Great location but rooms too hot!"

2 nights Arrived 24 Jun 2017
"Twyfelfontein Country Lodge is in a great location for visiting the cave engravings. Don't bother with the burnt mountain - waste of time! The views are fantastic here and they have their own cave engravings on site. A lovely bar for evening drinks at sunset and the food was very good - a carvery with multiple meat options and an extensive buffet with great service.

The main downside of this accommodation was the rooms. They were dark and a bit cramped, there was a leak from the taps in our bathroom so the floor was always wet, and there is no air conditioning so it was extremely hot and stuffy. There is also no fridge to cool down your wine but you can go over to the bar to get ice. If they renovated the rooms, this place would be great but at the moment it's a bit basic. Although we didn't use them, the lounger cushions round the pool looked very dirty.

"Between a rock and a hard place"

2 nights Arrived 29 Mar 2017
"Great location and, despite others' comments, enjoyable food. But the whole experience was spoilt for us by the lack of ventilation in the room. There WAS a fan but it was high in the roof and turned at about 60 rpm - once per second. Useless.

The rock carvings were well worth all the effort, although our guide was having a "bad hair day" and was very sulky. A French couple asked to see some other carvings but were ignored. The other attractions were d-I-y: organ pipes, burnt mountain and my favourite, the big hole in the ground named (I believe) wondergat. Some other tourists had got there first and we were able to find the way down by following the sound of their conversations (!!)

Back at the camp we enjoyed the swimming pool with natural waterfall/shower and ended up at the upstairs bar where we discovered a very good menu of snacks with a good selection of sensibly-priced wines.

After another good breakfast and the assembling of lunchtime bacon sandwiches we hit the road for Etosha via Xhorixas, where two of the camp's staff lived and who begged a lift. One was actually a guide who could have led us to some elephants had we the inclination.

Stopped at Outje for groceries. Numerous intrusive police checks were worrying. Petrol/Deisel was tricky with some places wanting only cash and some with no toilets. The OK bazaar was the best place we could find for supplies." See all these reviews: 11n in Namibia
Experience Report
Overall Rating:
Average
Location:
Good
Service:
Average
Activities:
Average
Rooms:
Poor
Food:
Good
Facilities:
Average
Mrs S
Brentford

2 nights Arrived 29 Oct 2016
"A wonderful spot and we enjoyed the safari very much - managed to see some desert elephants, and zebra & enjoyed our sundowner watching a stunning sunset over the hills. We also enjoyed seeing the Organ Pipes, and our guided walk to view the impressive rock art. A very informative visitor centre too.

Lovely comfortable chalets with private patios and great views across the desert.

However, the restaurant is a shambles and lacks any management whatsoever - we had to lay our own tables for all the breakfasts and dinners that we had there. Also the buffet food was often not replenished until asked...There were piles of dirty plates and cutlery left at various points around the restaurant, there just didn't appear to be enough staff - the few that were available spent all their time taking drinks orders and bringing them from the bar. And the lighting was so poor at dinner that it was almost impossible to identify what we were eating...." See all these reviews: 11n in Namibia; 8n in Botswana; 1n in Zimbabwe
Experience Report
Overall Rating:
Good
Location:
Excellent
Service:
Poor
Activities:
Good
Rooms:
Good
Food:
Average
Facilities:
Good
Mr & Mrs L
Dulwich

2 nights Arrived 10 Aug 2016
"This place could have been lovely; the building were interesting and our bedrooms were gorgeous, but boiling.

It was a place that lacked generosity. Nothing was included and it felt really unfriendly. We asked for ice but apparently it was too hot for ice. The staff seemed miserable and some of the other guests, rude.

i would not recommend it and would never stay there again.

2 nights Arrived 5 Aug 2016
"A great location. We enjoyed the star info and the various tours.

The only stressor was having the tours fill up and not everyone in our party getting a chance to participate. Front desk folks were not very helpful in that regard." See all these reviews: 13n in Namibia; 2n in Rwanda; 1n in South Africa
Experience Report
Overall Rating:
Excellent
Location:
Excellent
Service:
Good
Activities:
Excellent
Rooms:
Good
Food:
Good
Facilities:
Excellent
Showing 1-10 of 49
12345
Next
82%
49 reviews of Twyfelfontein C'try Lod. by travellers since August 2007
Overall rating by our travellers
17
21
9
2
0
Filter by month