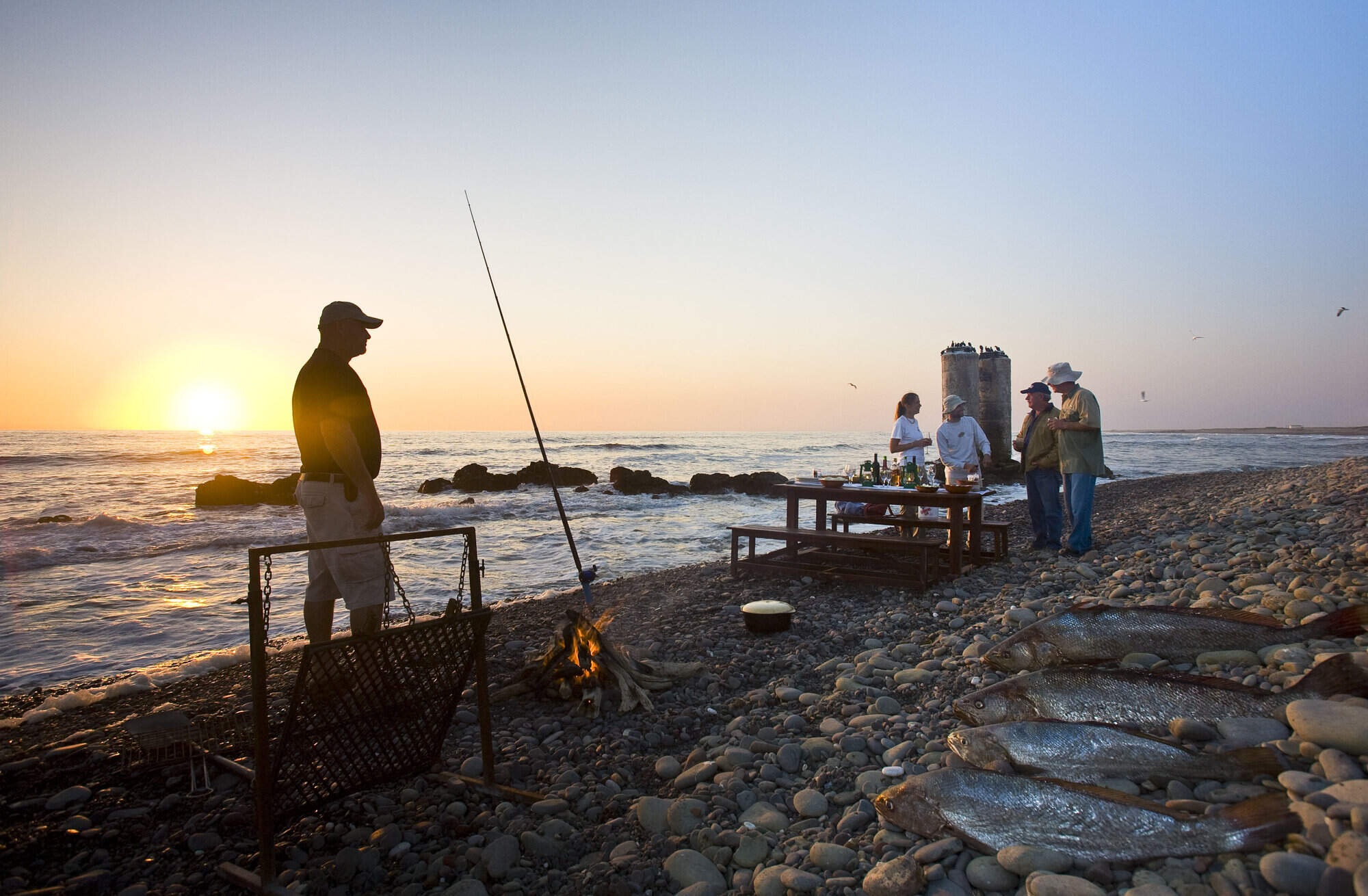 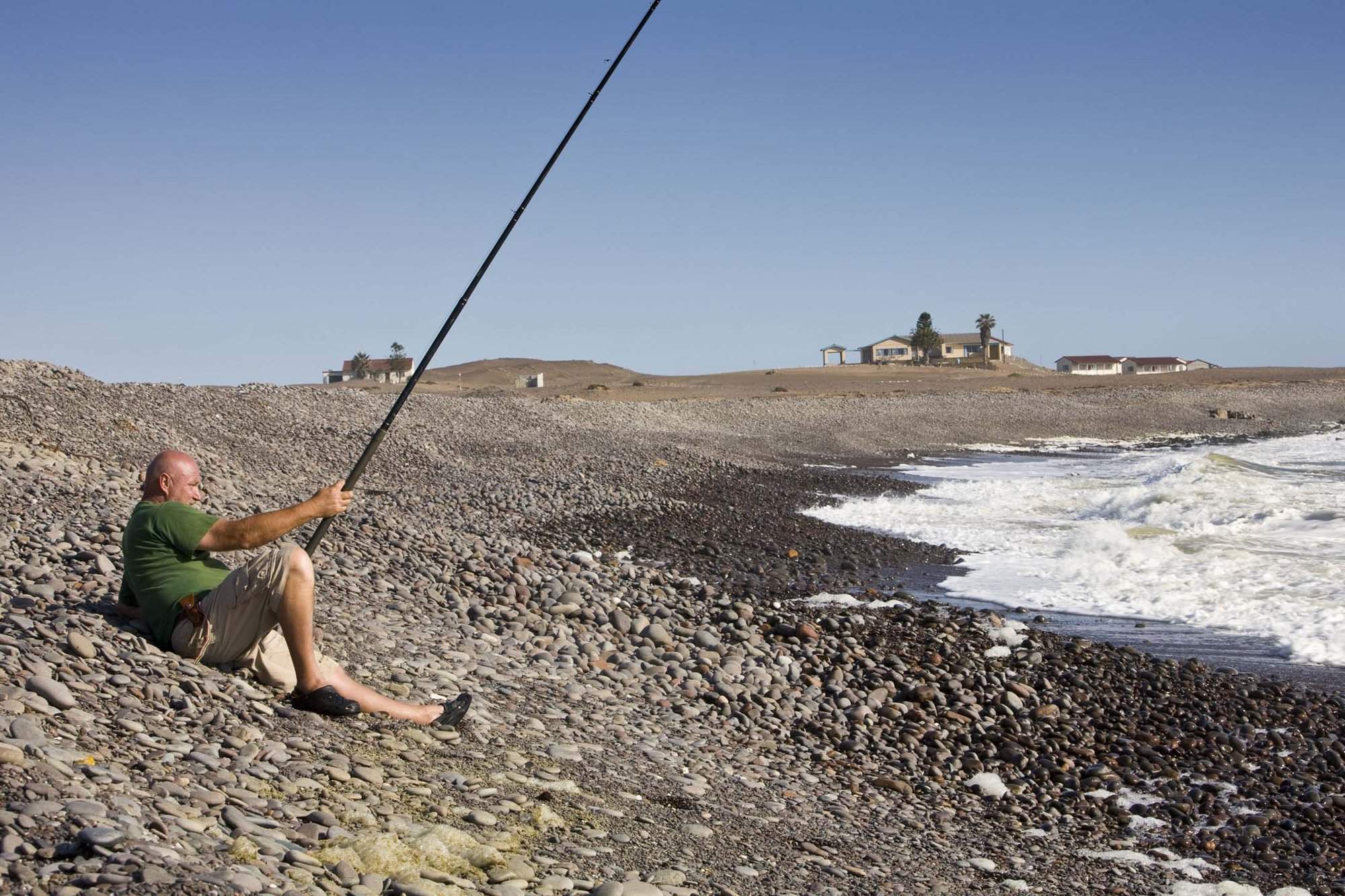 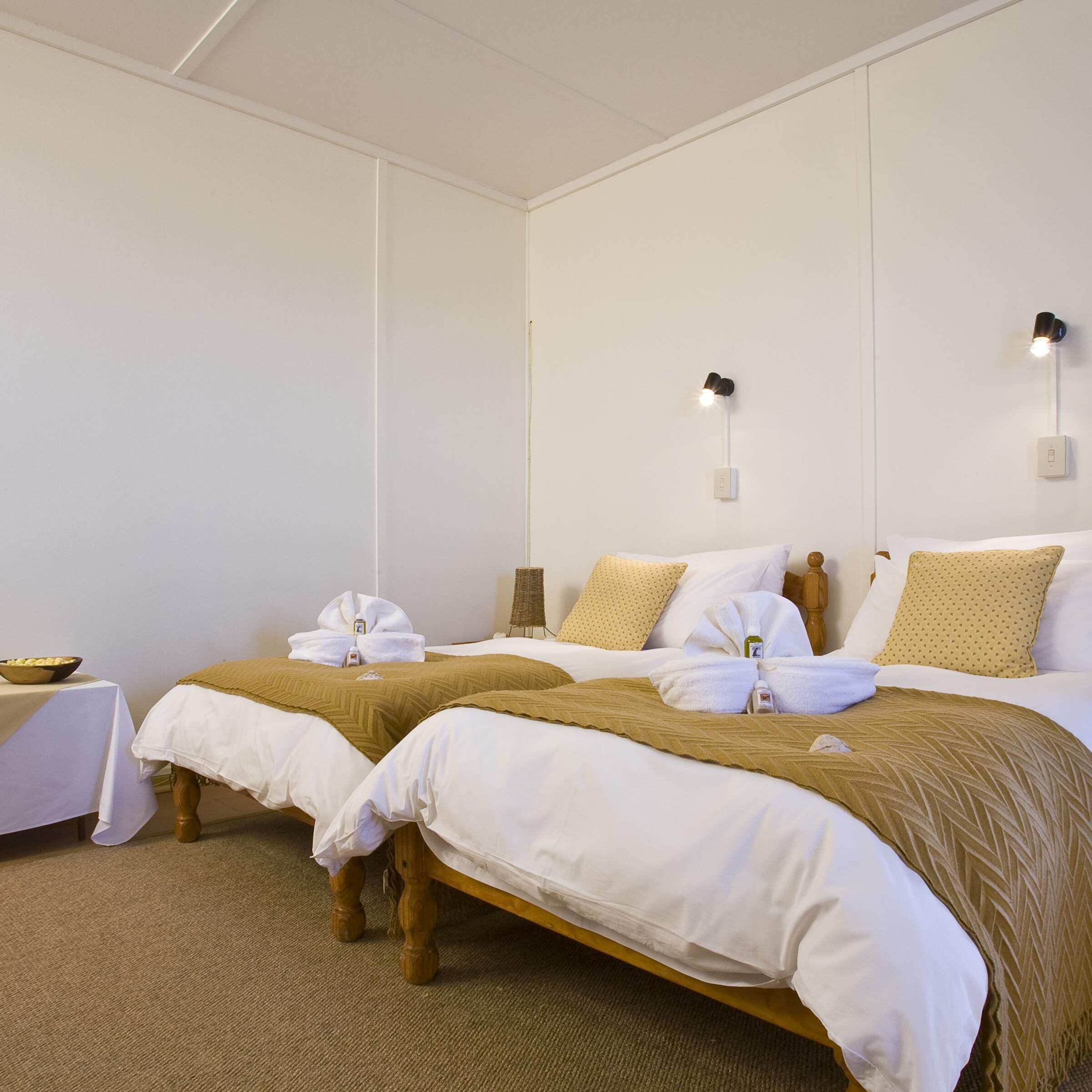 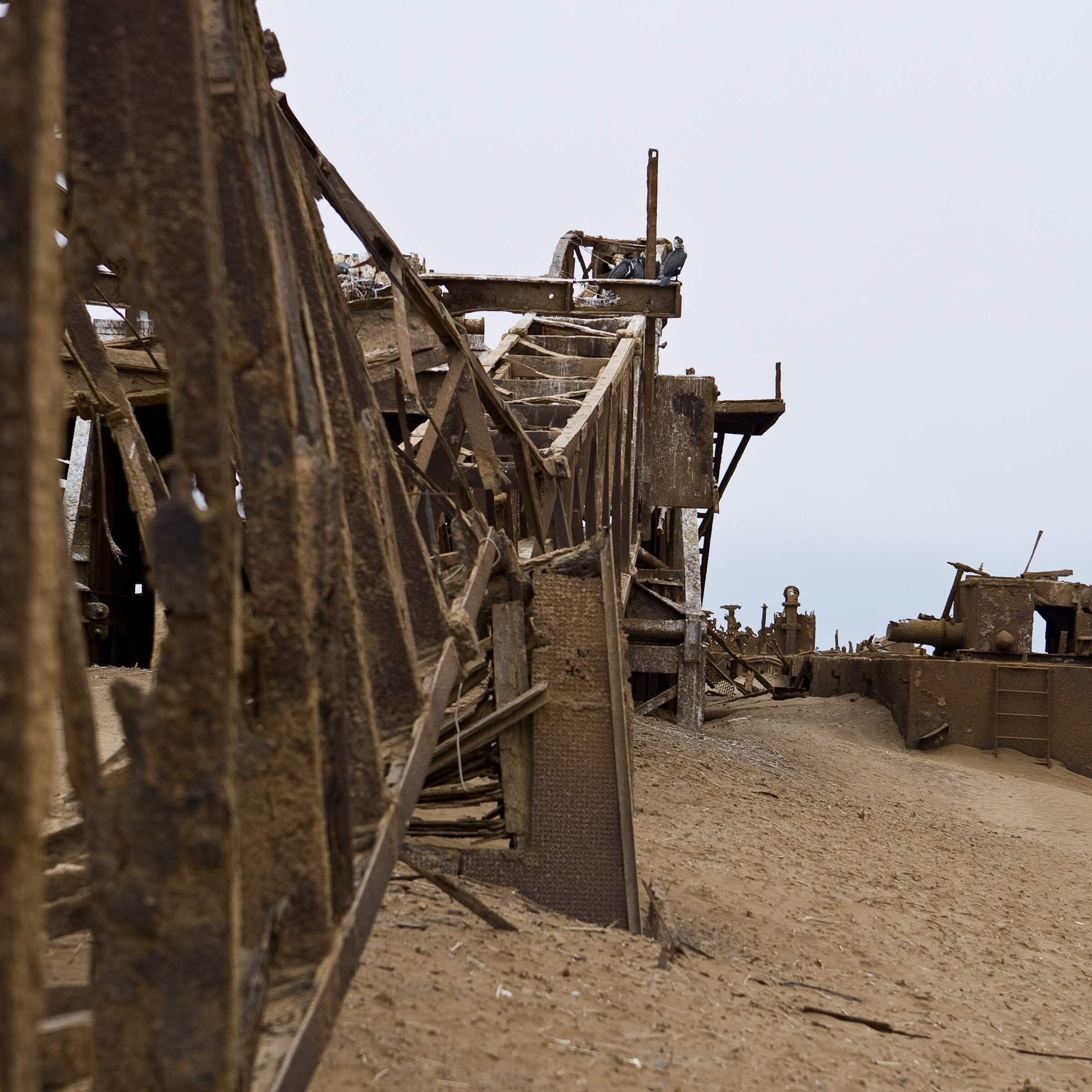 ... Resort", although most people simply call it “Terrace Bay") stands at the most northerly point in the Skeleton Coast National Park that can be accessed by private vehicle. It has long offered basic accommodation and is run by the government-owned NWR (Namibia Wildlife Resorts).

It’s a six-hour drive north from Swakopmund to Terrace Bay, and travellers must make a reservation in advance – so this isn’t the kind of place that travellers can ‘just drop into’ by accident. However, if you want to drive through the Skeleton Coast National Park, and especially if you want to have time to explore some of the river valleys around dawn or dusk, then stopping here might be a good idea.

It’s also worth noting that the scenery on the drive is arresting: it’s very stark and very desolate with occasionally great views of the Atlantic Ocean, the odd remains of a wreck to see, and a band of interesting barchans dunes near Torra Bay. Some love this road’s desolation; a few really hate it.

Terrace Bay Camp itself has been upgraded relatively recently, although its facilities and rooms are still pretty simple. The furnishings are perfectly adequate, and much of what’s there (the beds, the linen, etc.) is quite nice, but there’s no sense of design, and very little atmosphere.

There are two beach chalets and twenty double rooms at Terrace Bay, all of which have private toilets and showers. Towels, a few toiletries and tea/coffee making facilities are provided, however overall the level of accommodation is fairly basic.

On our first visit to Terrace Bay, in 1992, one of the Expert Africa team (then Sunvil Holidays!) had Christmas dinner at the restcamp with the president and his entourage; it seems that President Sam Nujoma used to often take his Christmas Holidays here – in the Presidential Suite!

All meals at Terrace Bay Camp will be cooked for you, the food has improved in recent years (from a low base) just do not expect haute cuisine! The main restaurant offers individual tables and a small communal seating area.

There is a small shop on site that sells alcohol, frozen meat and limited supplies. There is also a garage selling petrol nearby, which is particularly handy, as Terrace Bay is a very long way from anywhere else: it’s about six hours’ drive from Swakopmund, or two and a half hours’ from the nearer lodges in Damaraland.

When you’re at Terrace Bay Camp, there aren’t many activities available – and none of them are ‘guided’. The main activity for visitors here is fishing, as it does offer world-class beach fishing, for which most people bring their own tackle and kit. (A limited selection of hooks, line and bait is usually available.) Note that serious fishermen will also buy their permits in advance.

The waters off Namibia are part of what’s known as the “Benguela Current Large Marine Ecosystem", or BCLME. This is a system of water currents – most notably the Benguela Current travelling north from the Antarctic – that together lead to an upwelling of nutrient-rich water from lower layers of the ocean to the well-lit surface.

The net result is that the waters here form part of one of the most productive ocean areas in the world. Hence the fishing is first-class and attracts anglers from all over Southern Africa.

Quietly and carefully wander around these and there’s often evidence of wildlife, though watch out for the larger species, like elephants, who may occasionally come here. There’s reported to be a small waterfall in the Uniab River, within walking distance of the coast … but nobody from the team has actually found this yet! Note that wandering around in such a desolate area isn’t everyone’s idea of fun … but we loved it!

Birdwatching can also be productive here, often in these river valleys, but also along the coast. Meanwhile, in the evening take a stroll around the camp as the building which houses the generator often has flocks of cormorants roosting on it to keep warm. These, in turn, attract the attentions of local jackals and brown hyena, which can sometimes be seen skulking nearby.

Terrace Bay is truly unique: the camp is basic but is in an amazingly isolated, desolate spot. The service is usually friendly and the rooms are just functional, but if you want to explore the scenery and wildlife of the coast by yourself, then brace yourself for the long drive here. We think it’s worth it.

Location
Skeleton Coast & Kaokoland, Namibia
Ideal length of stay
The reason to come to Terrace Bay is to explore the Skeleton Coast, so most people only drop in for a single night - although keen fishermen may stay for longer.
Directions
Terrace bay is almost 287km north of Henties Bay - or 363km north of Swakopmund. It's a very long drive, mostly on a 'calcrete' or 'salt' road!
Accessible by
Self-drive

Usual board basis
Full Board

Attitude towards children
Terrace Bay Camp is happy to welcome children here, though provides little in the way of attractions or facilities specifically for them.
Generally recommended for children
We’d be very concerned that there isn’t much for younger children to do here; we’d expect them to get bored quite fast! Hence we wouldn’t recommend it except for older children. We’d also comment that the ocean here is very powerful and very cold indeed – so parents will want to ensure that any children stay well clear of the breaking waves.