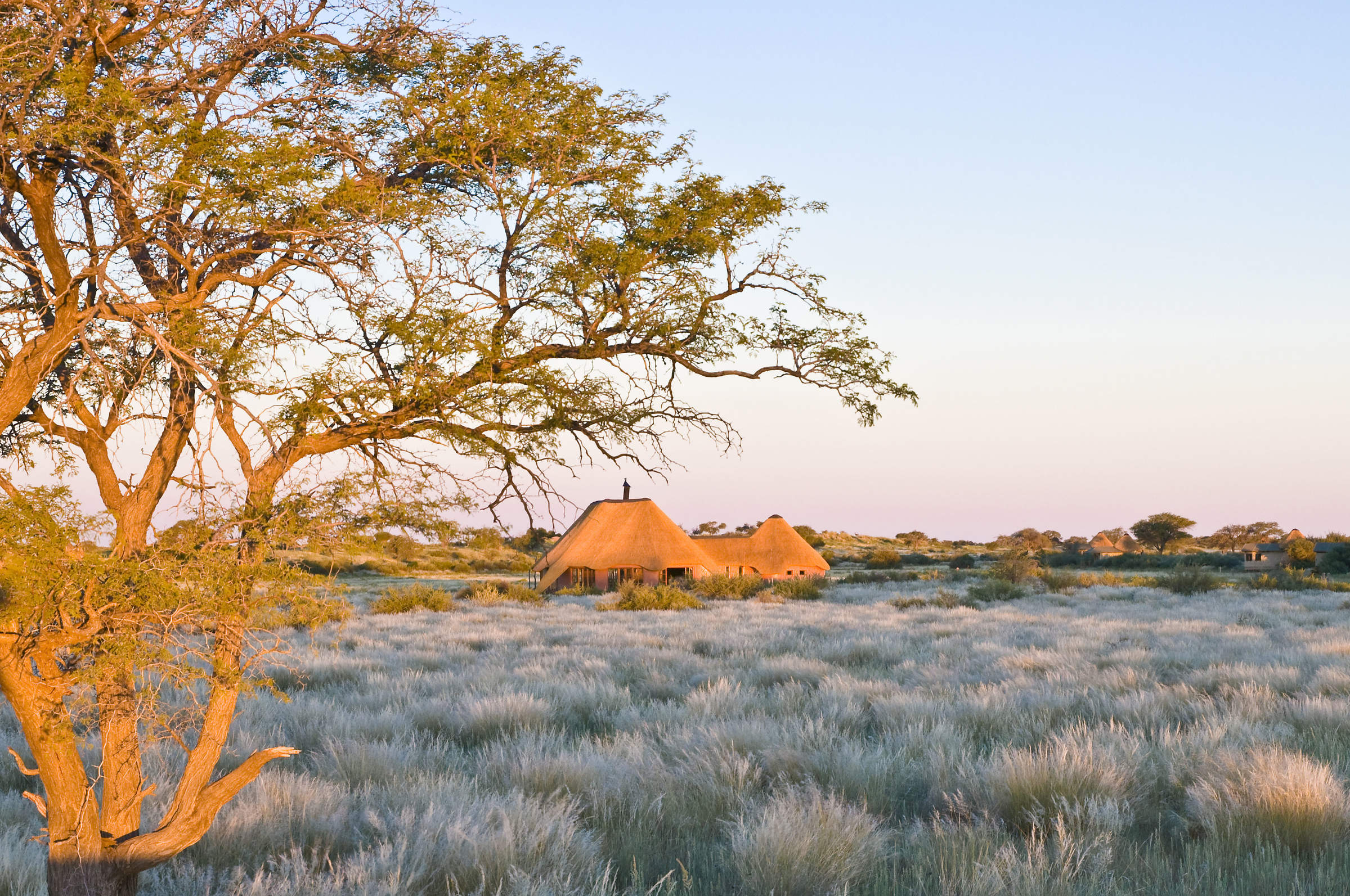 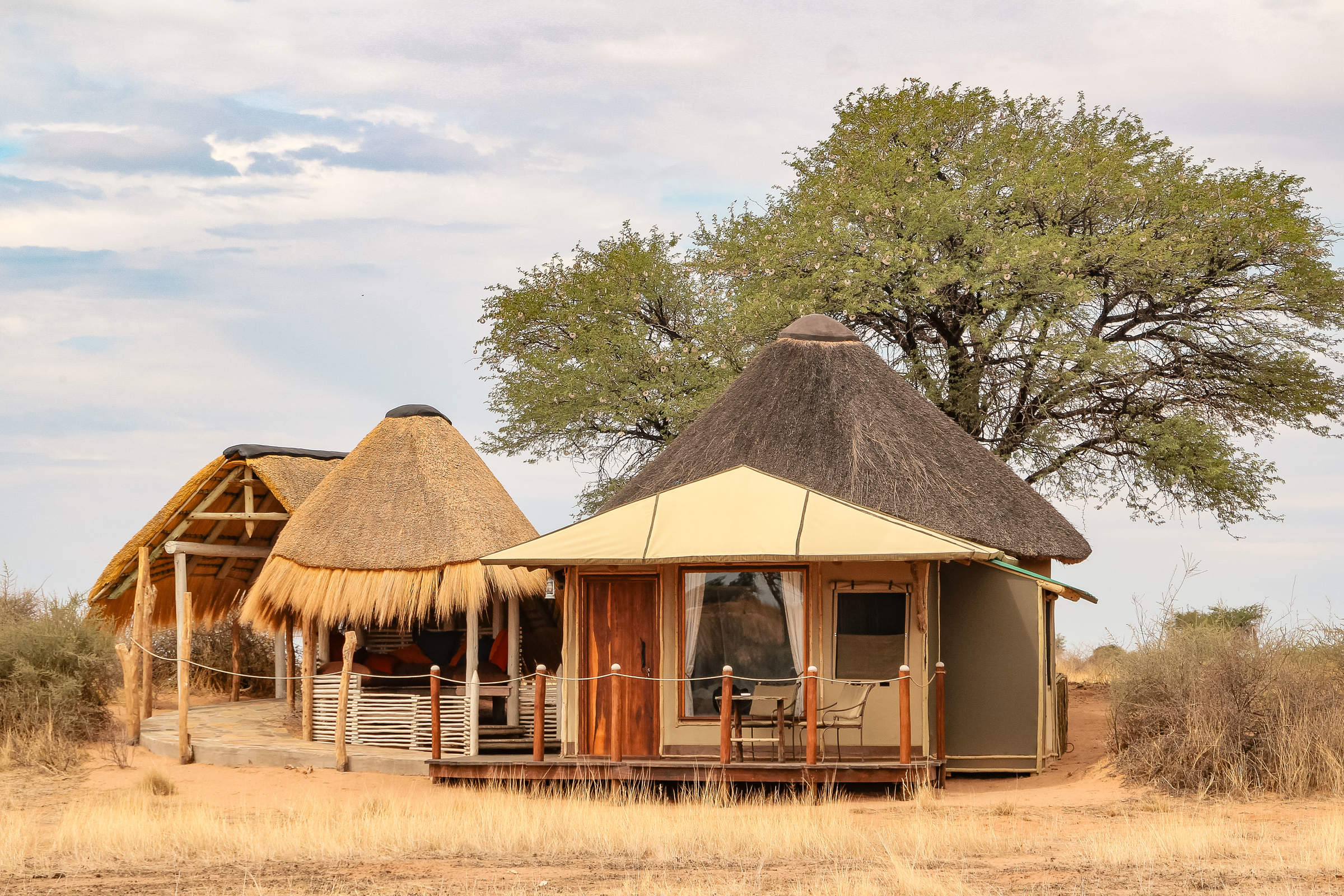 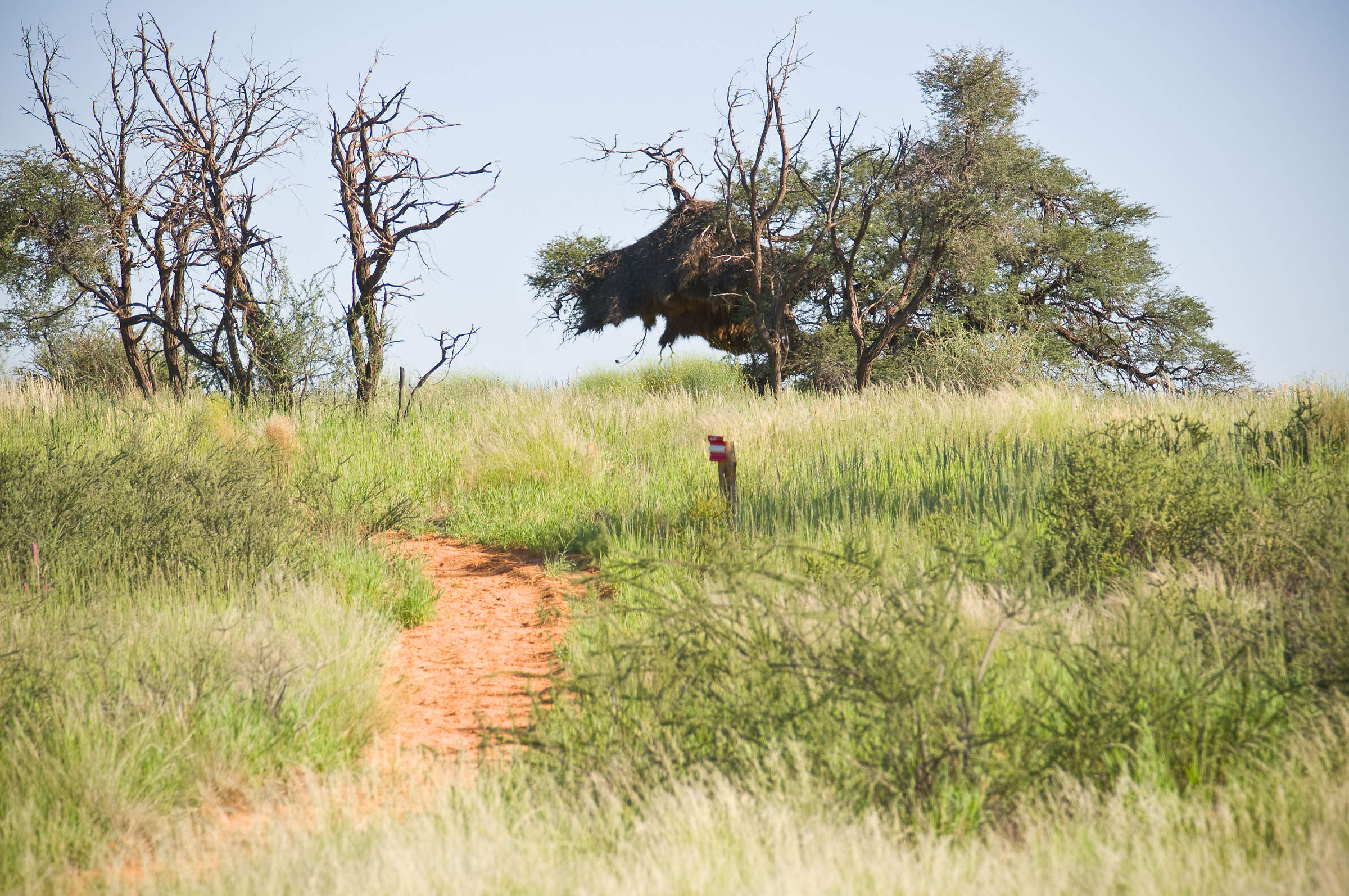 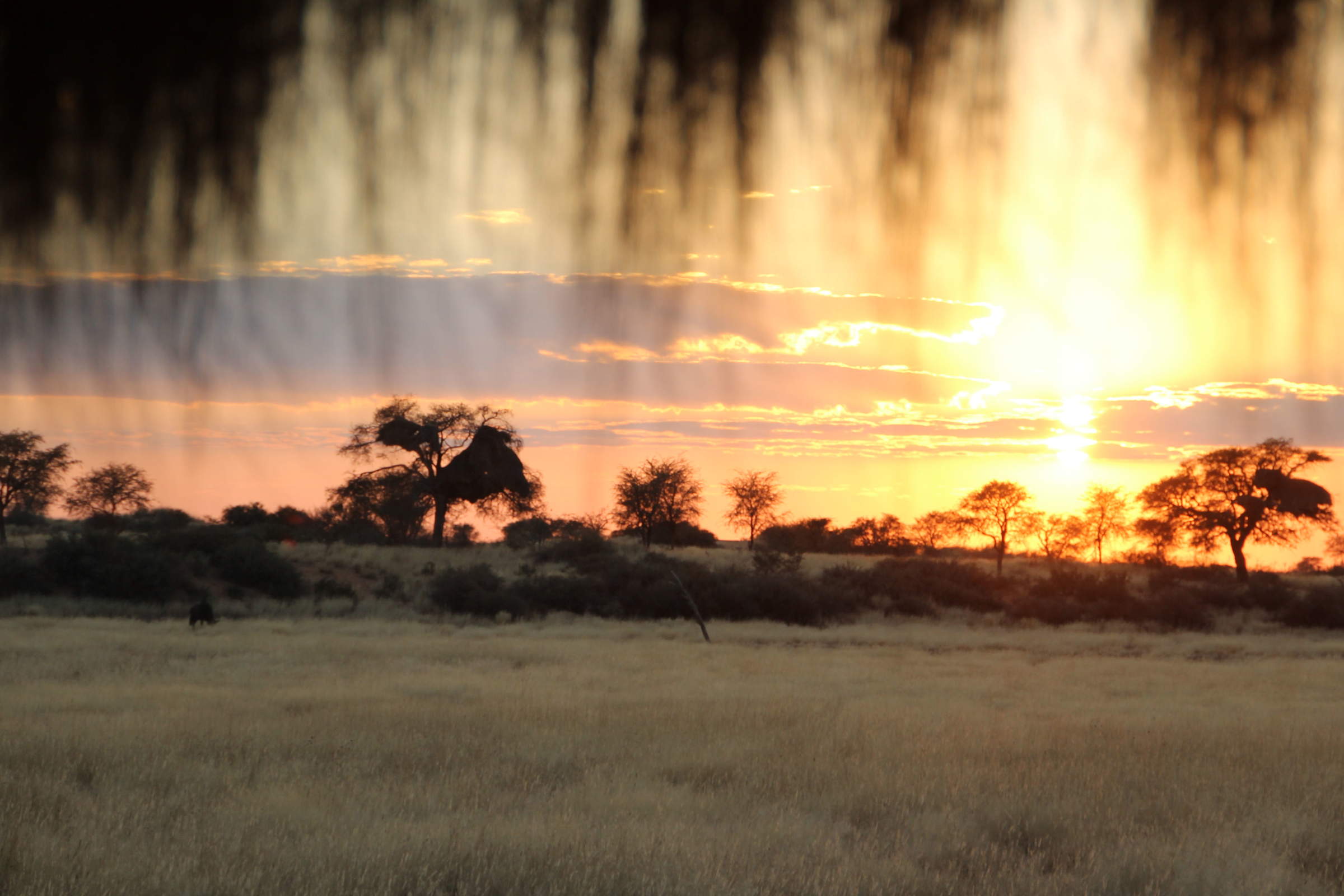 40 independent comments and wildlife information from our travellers who have visited Kalahari Red Dunes and kindly agreed to share their thoughts. They do not necessarily represent the views of Expert Africa

2 nights Arrived 21 Sep 2016
"I had developed a fluey cold at this point so found this a good place to read and take paracetamol!

"Convenient stop on the way south"

We arrived on the road to the lodge at about12.45, planning to take a leisurely lunch and explore the surrounding, However another arriving guests car got stuck in the sand in front of us on the track up to the lodge they summoned help from the lodge which took a while to appear, they suggested we turned round, not easy, but we were soon bogged down in the slightly rising ground, eventually one of the staff got it out, and we were able to proceed to the lodge by another route,which was actually the 'out' route. This all took an hour in the middle of the day, and this lodge is only 3km off the B1! So we arrived rather harassed, only to be told we were too late for lunch, but the tea was just coming out, and we could have that.

After speaking to 2 other people a ham and tomato sandwich was rustled up which we were made to feel was a lot of trouble. I t appeared that one had to book to sit outside on the terrace for dinner, really? The meal was OK, but it is quite a big place,and not off the beaten track, I might have expected some choice, other than braised pork! The bungalow was spacious clean and fine, though the hand basins are rather strange and orange! And dont know what i could have put in the huge bavarian wardrobe without any hangers.

I took up the issue of the track in with the manager, who was there the next day, we arrived on a sunday, no sign of him then.

He tried to persuade me that no one else had ever been stuck in the sand before, and that we we on the wrong road, well so were the other visitors. I really couldn't believe that it had never happened before, it was a slope with deep sand. to be fair he did apologise for the lack of lunch and the track,and did waive the cost of a. Bottle of wine and a drive.

Needs a bit more effort on the service, fancy fittings are no substitute. The pool was attractive and there was a pleasant relaxing area outside the chalet, and we saw quite a few animals on the drive, so they have clearly put some effort into introducing an protecting them." See all these reviews: 15n in Namibia
Experience Report
Overall Rating:
Average
Location:
Good
Service:
Poor
Activities:
Average
Rooms:
Average
Food:
Poor
Facilities:
Average
Mr C & Mrs L
UK

1 night Arrived 23 Jul 2015
"This was just a stopover for us but the rooms, setting and meal were all good.

As a stopover location it is excellent as it is a 5 minute drive from the B1 just north of Mariental." See all these reviews: 16n in Namibia
Experience Report
Overall Rating:
Good
Location:
Good
Service:
Good
Rooms:
Good
Food:
Good
Mr & Mrs P
Yorkshire

2 nights Arrived 14 Sep 2014
"We stayed here for 2 nights and it was a pleasant and relaxing start to the holiday. The surrounding landscape is uninspiring but we did see plenty of wildlife.

The lodge itself and the food did not compare with the other places we visited in Namibia" See all these reviews: 13n in Namibia
Experience Report
Overall Rating:
Good
Location:
Average
Service:
Good
Activities:
Average
Rooms:
Good
Food:
Average
Facilities:
Good
R Family
San Diego

1 night Arrived 16 Aug 2014
"Again some misunderstanding with the rooms.
The ones kept for us were too far apart.
We ended having one room only and they compensated us by not charging for the morning game ride.

1 night Arrived 20 Apr 2014
"The rooms are beautiful. There is air con although we didn't use it. They have nice shaded seating areas outside each room which are very private and catch the breeze.

The service lacks the personal touch. The food is ok but nothing special. We went on a sundowner game drive which was a bit disappointing. The driver ignored all the birds and inevitably put us in a spot that was either looking directly into the sun at the animals or had a bush between us and them. Not so good for taking photos. We also did the nyala self guided walk which we enjoyed.

There is a tame meerkat who runs around the lodge. The owners of the lodge found him and his sister abandoned when they were pups and they hand reared them. They released both meerkats when they were old enough to survive on their own but toffee decided he preferred the good life around the lodge than life in the wild. When we were there he showed up for afternoon tea to beg for cake." See all these reviews: 8n in Namibia; 7n in South Africa
Experience Report
Overall Rating:
Good
Location:
Average
Service:
Average
Activities:
Poor
Rooms:
Excellent
Food:
Average
Facilities:
Good
Mr D & Ms T
Ontario