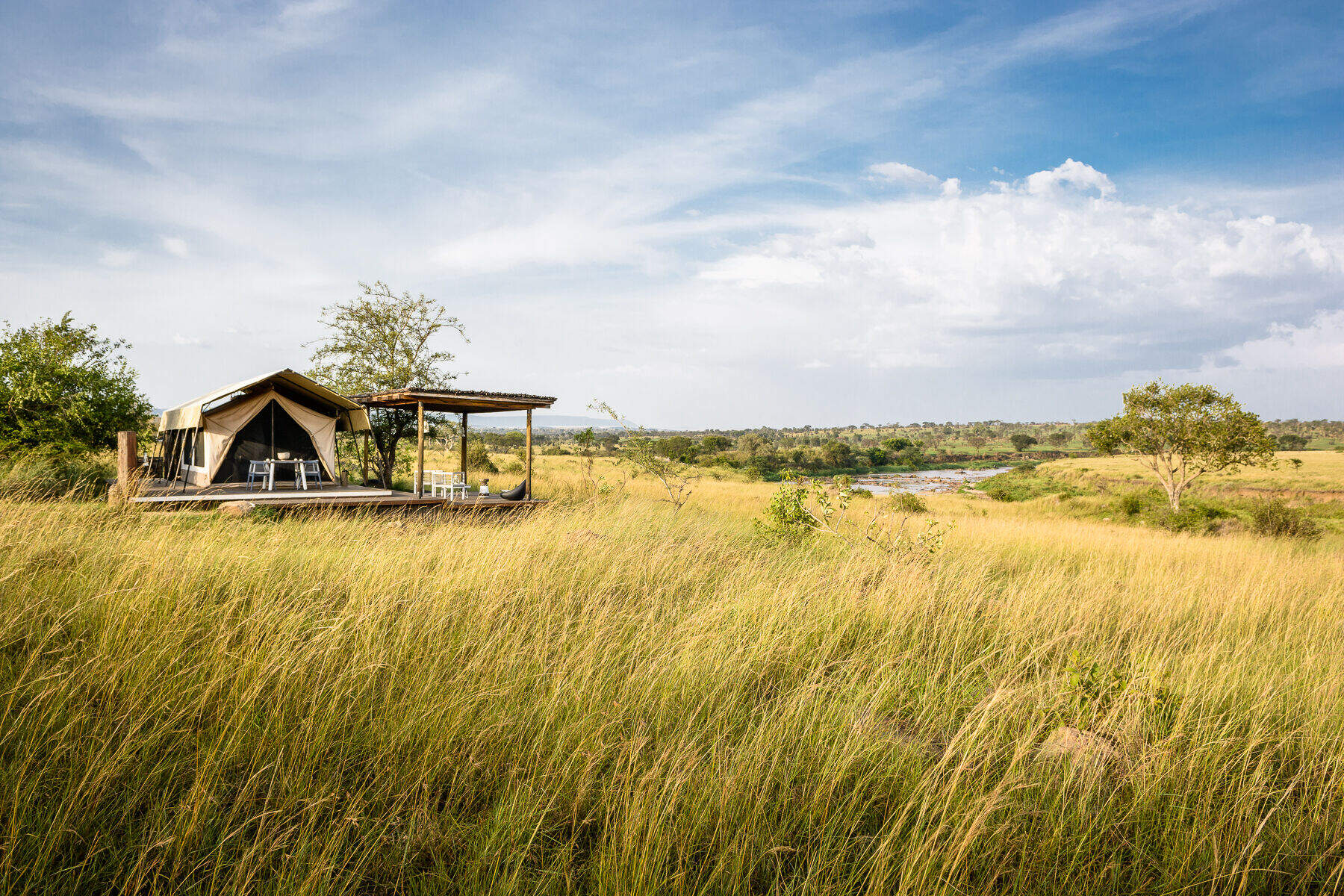 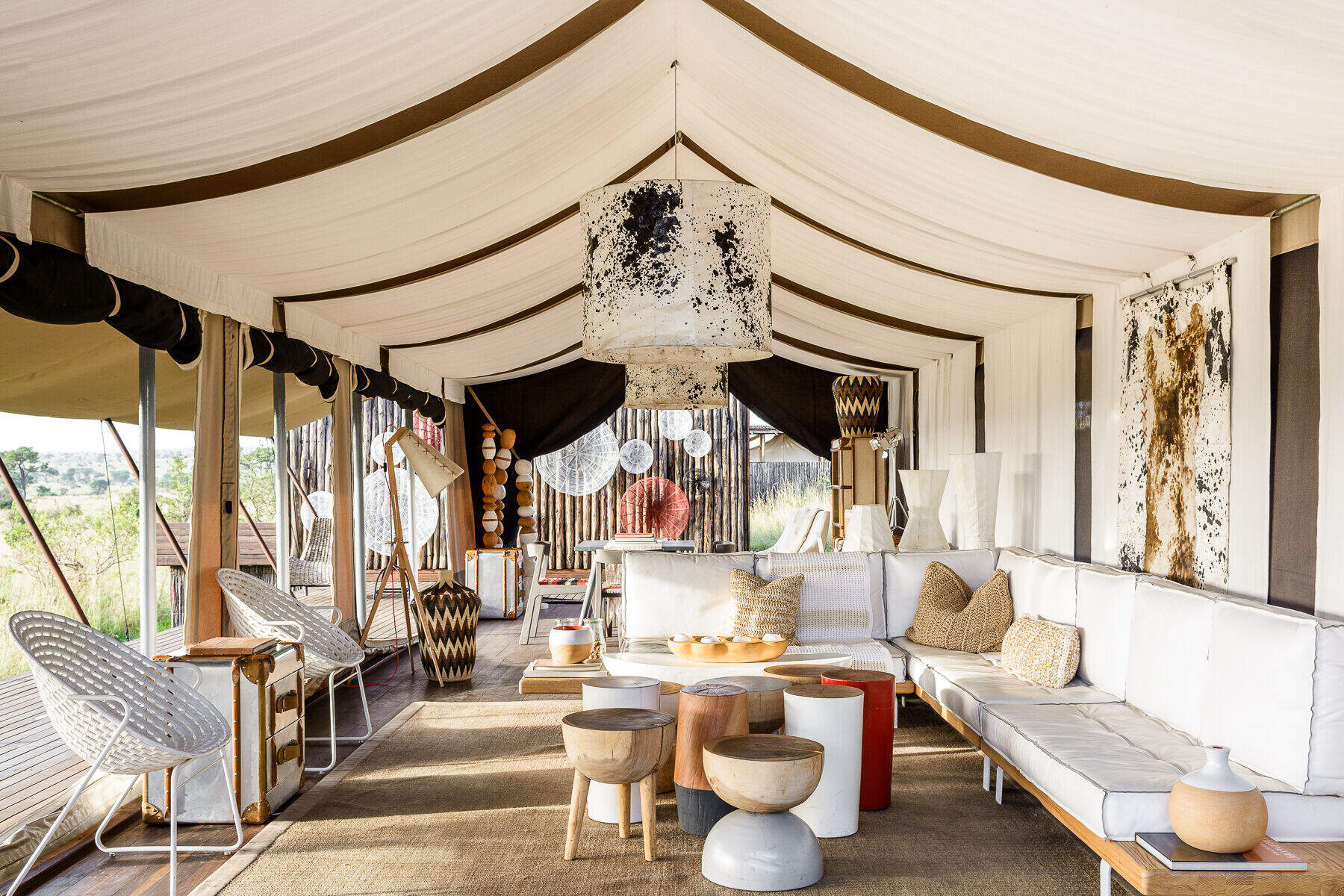 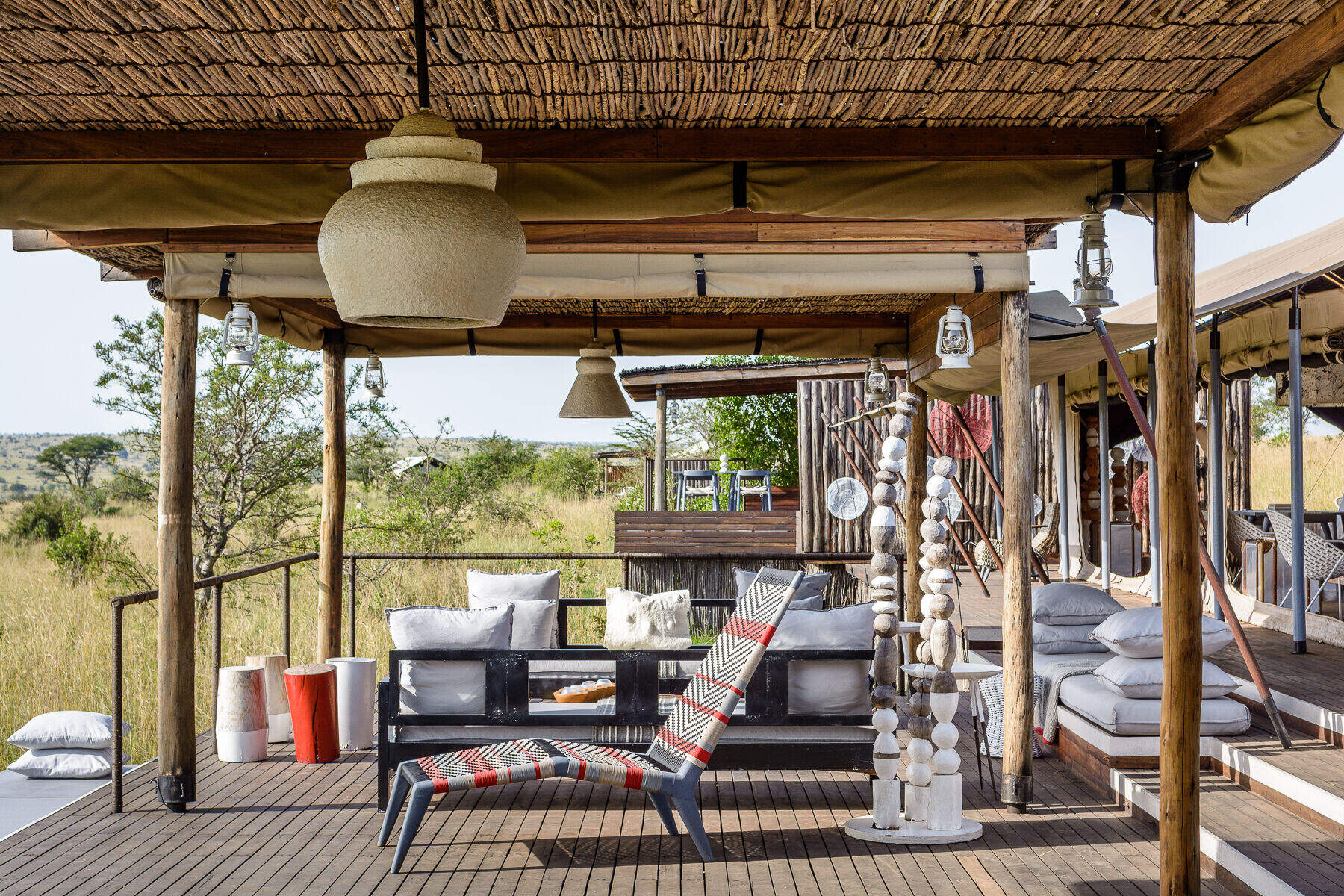 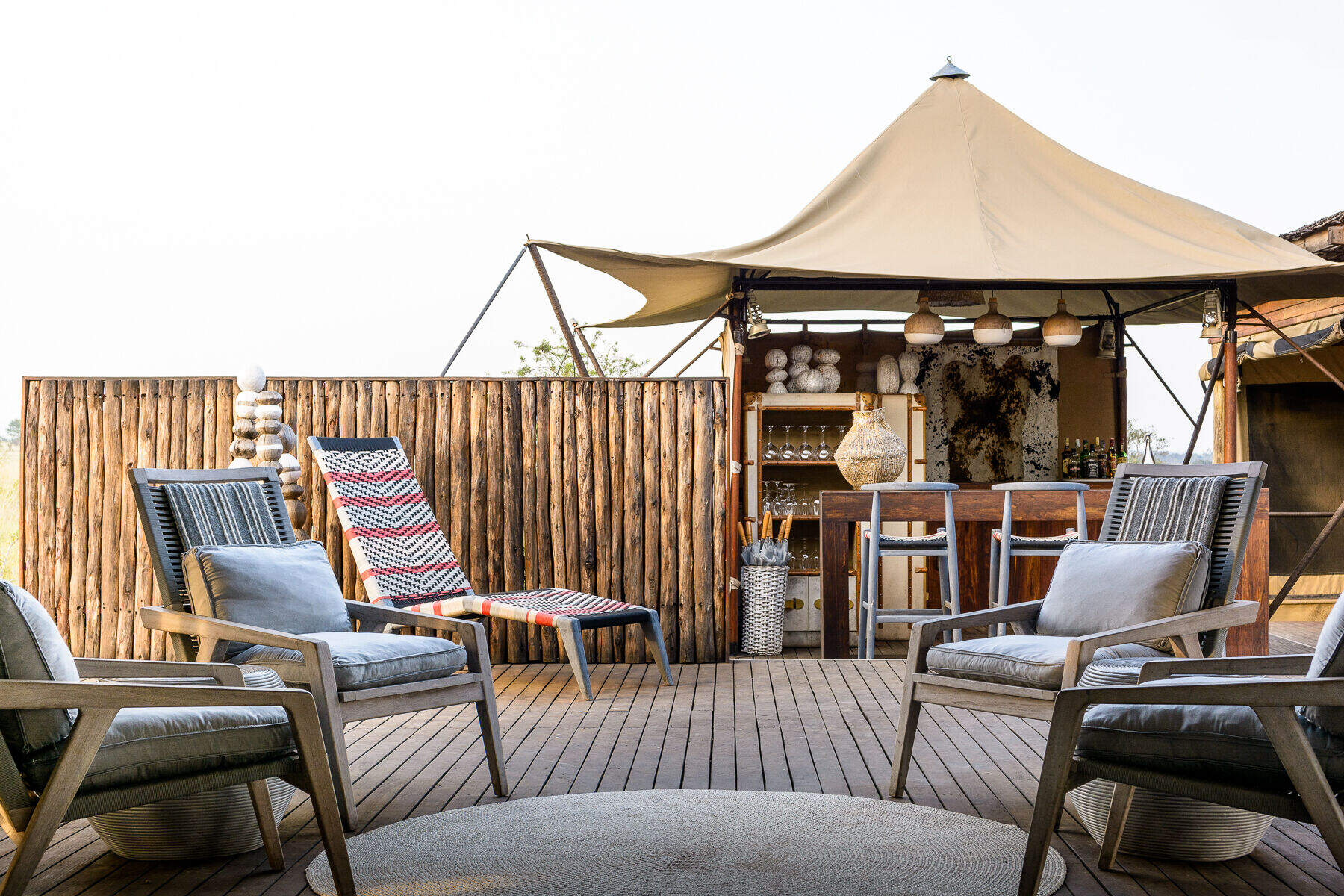 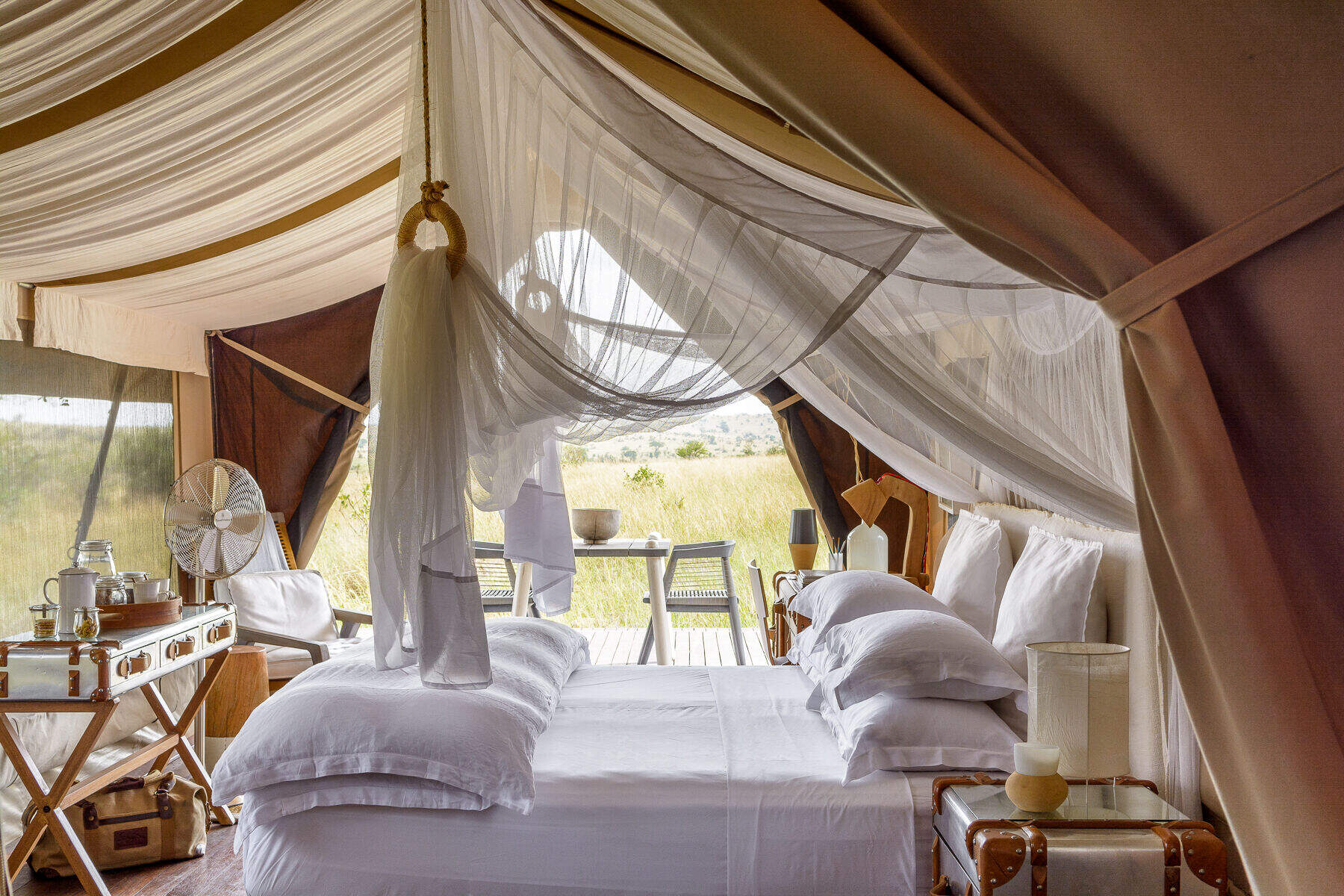 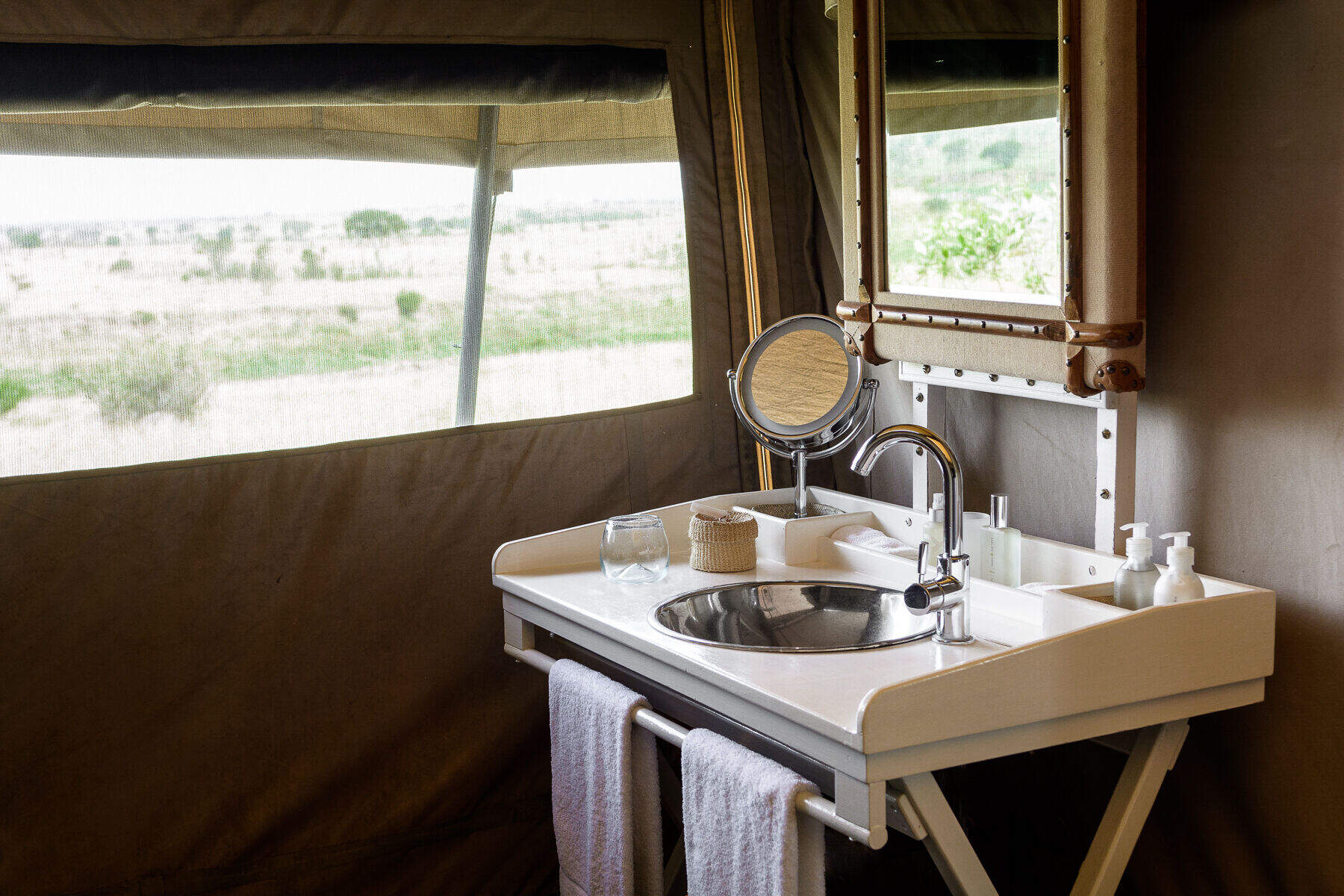 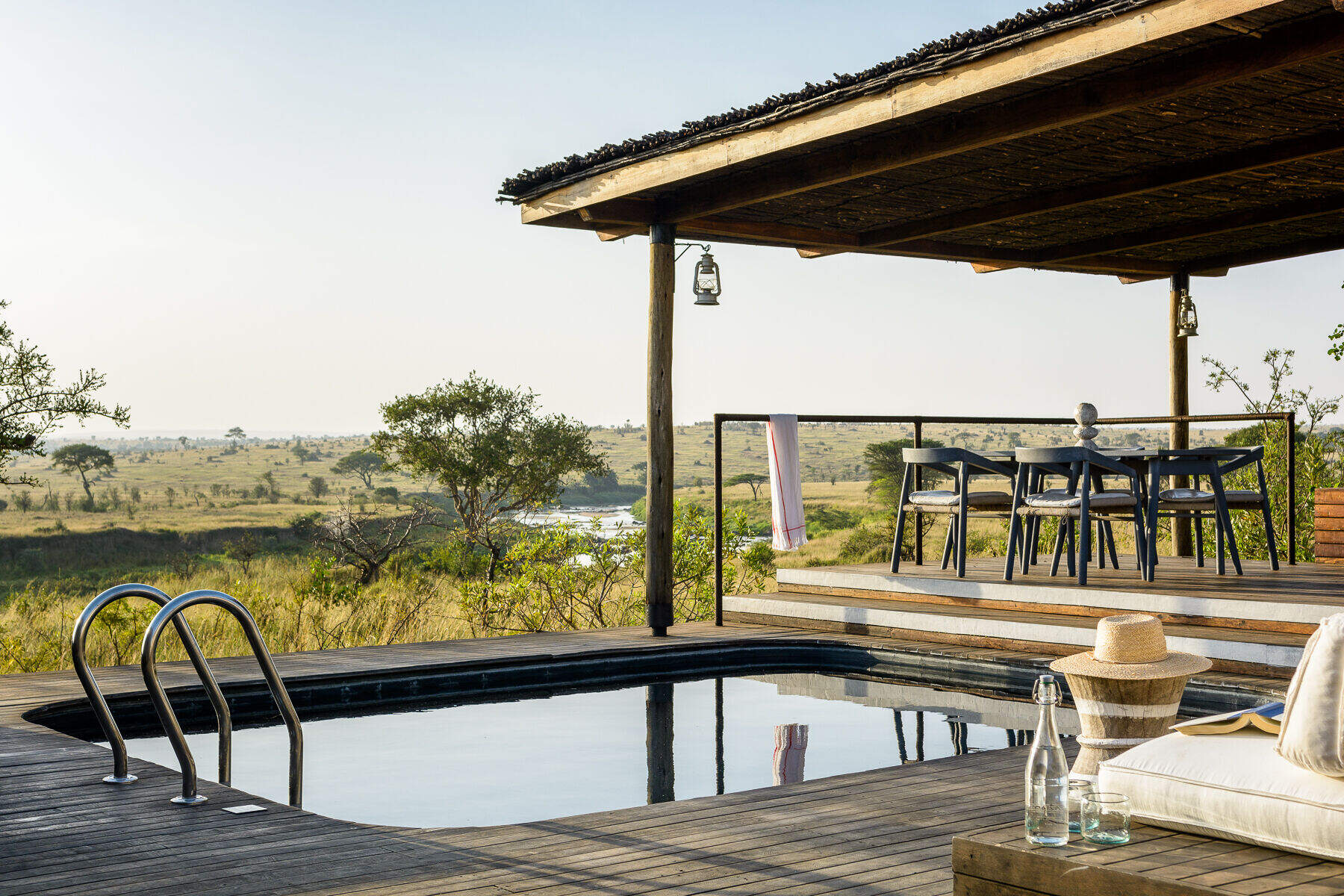 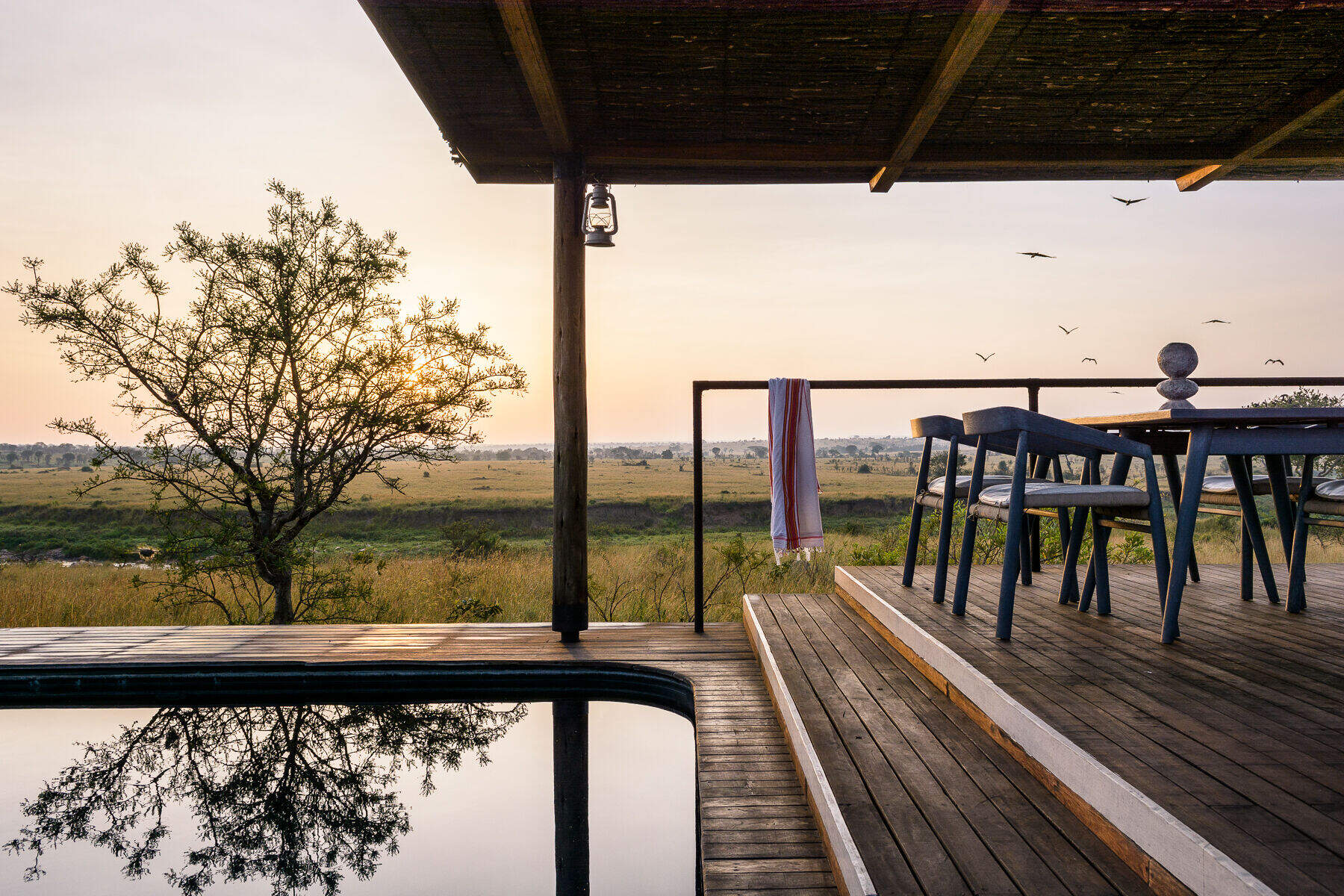 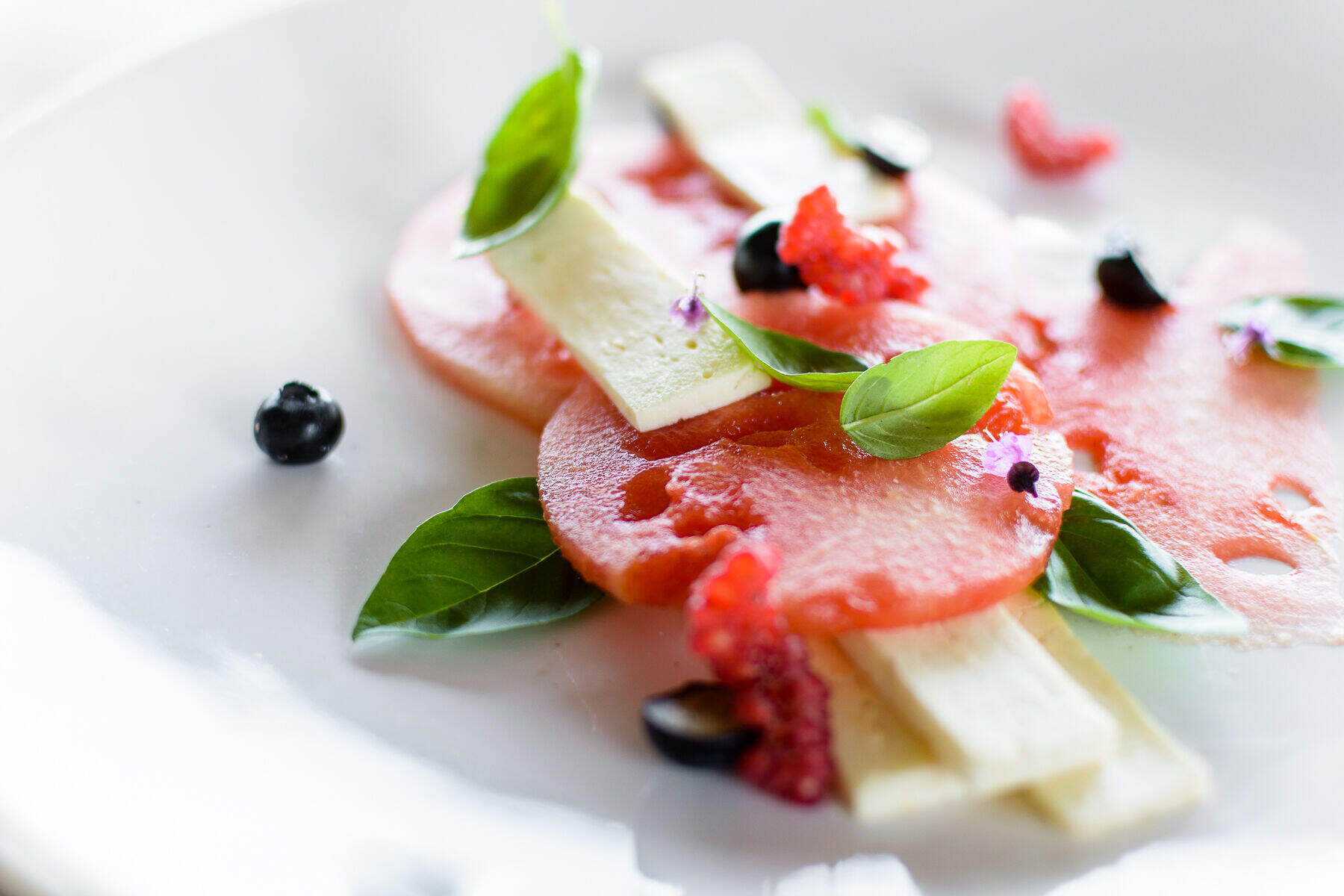 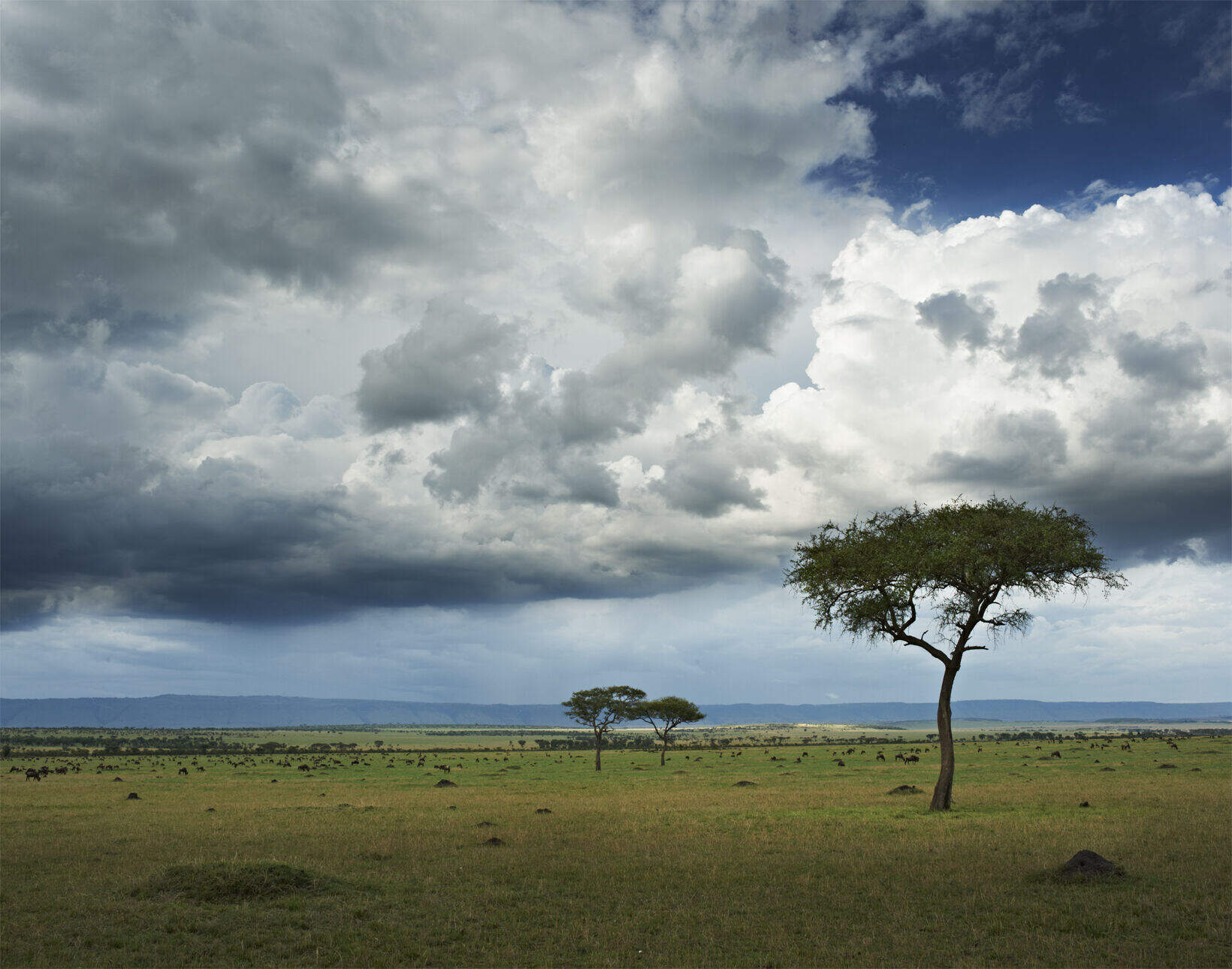 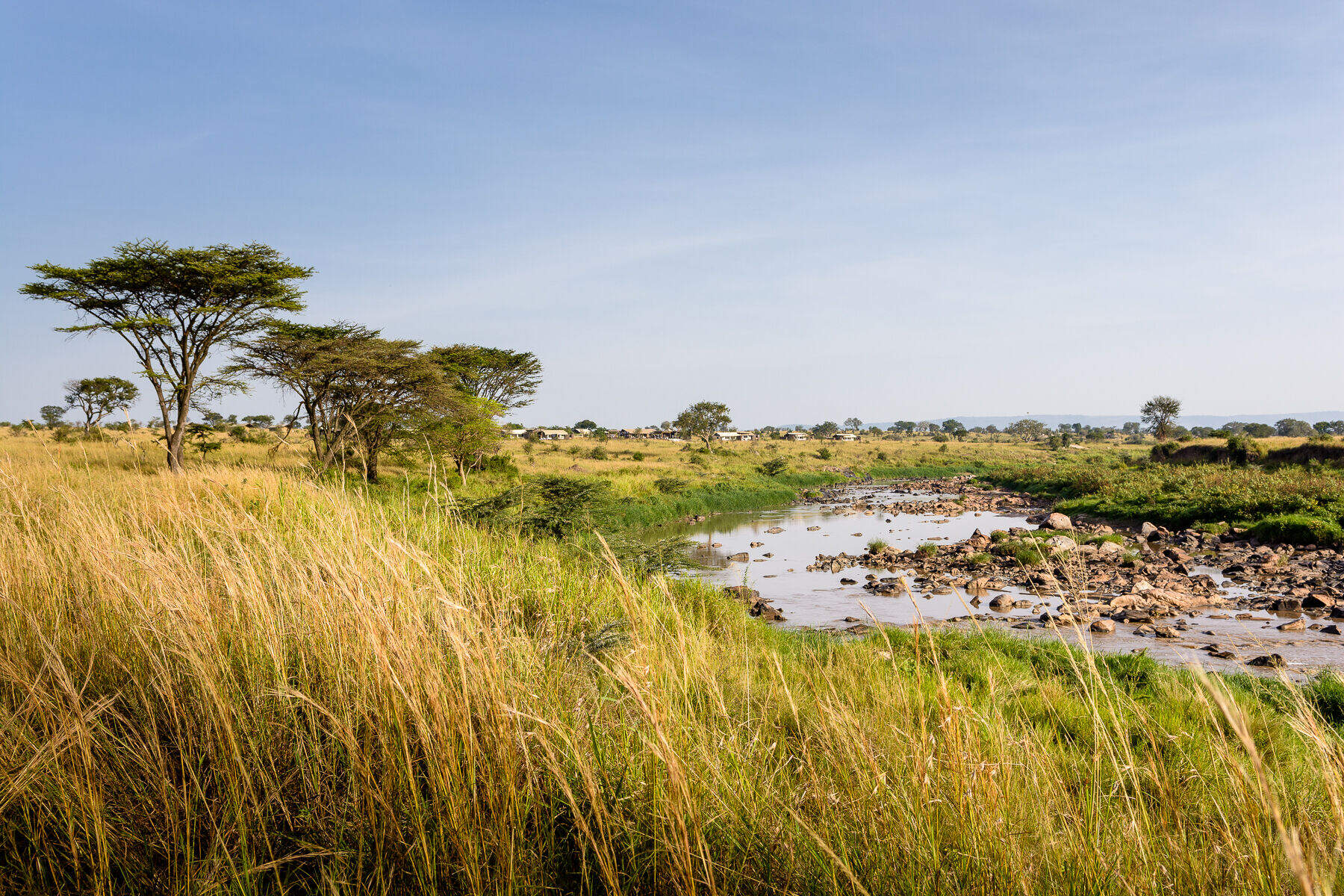 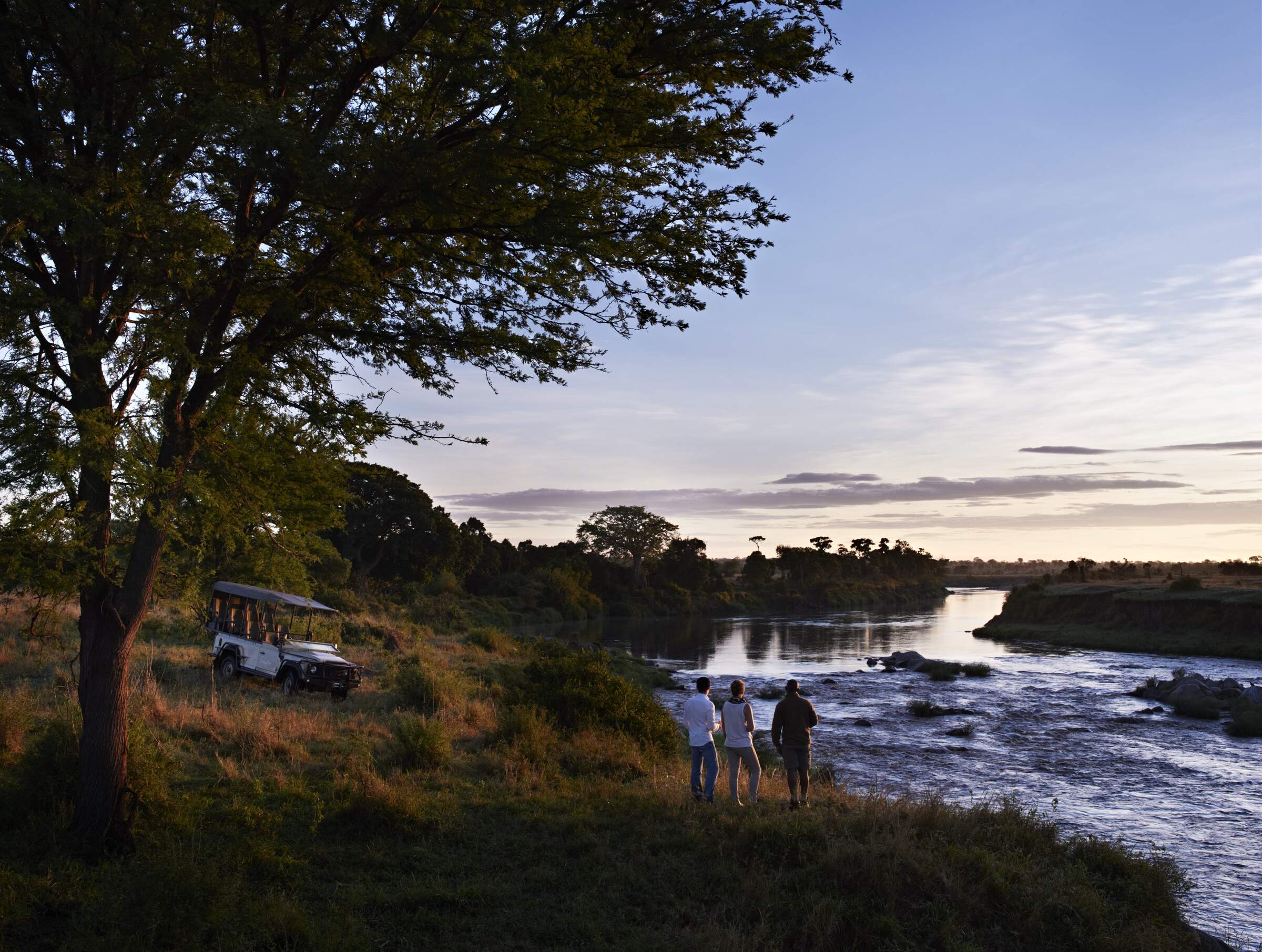 3 independent comments and wildlife information from our travellers who have visited Singita Mara River and kindly agreed to share their thoughts. They do not necessarily represent the views of Expert Africa

3 nights Arrived 14 Sep 2019
"We couldn’t see how after 8 days in the Selous and Ruaha things could get better, but we were wrong! Despite it being the dry season we were amazed at the greenery over the vast plains in this part of the Serengeti. We were met by Grant (what a host – he answered and smiled and never let on as we called him “David” for a full day and night!) He and his delightful wife, Penny, could not have taken better care of us.

The accommodations were superb and felt like an old fashioned safari tent, albeit with an electric cooler filled with soft drinks, (someone must of told them of our Zero Coke preference!) wine and even cream for tea and coffee, a huge bath room with a shower and double sinks, as well as, a private outdoor shower and huge bath tub overlooking the river. There is nothing better than bathing while watching wildebeest, zebra, lions, jackals, hyena, giraffe with babies, impala, and birds. They even supplied a proper safari hat, bag and beautiful patterned wrap-around which are needed in the cold mornings. (Not to forget to mention the wooden handled toothbrush!)

Food is fantastic and a joy to eat after sitting around the huge bonfire with drinks. It is cooked to perfection and your preference and accompanied by some of the best wines one could hope for. Dining is private or shared tables – your choice. Penny and Grant are ever present and attending to things you didn’t know you were in need of.

Our guide, Stephen, was a terrific observer with a keen sense of humor, knowledge and ability to get to places at the exact right moment. He showed us one of The Seven Wonders of the World – a wildebeest crossing of the Mara River. He positioned us not 10 feet from the take off point of the animals while all the other vehicles were on the other side of the river. We could see every animal and movement of the herd. This is not for the faint of heart, it is brutal and tragic, but nonetheless something not to be missed. The blind panic of the beasts and their inability to spot a better route and the number of drowned animals is hard to watch, but it is still awesome and truly a “wonder of the world.”

We were treated to a 2nd crossing view from our tent (!) which was easier and more successful for the wildebeest and us. Grant and his staff had the chore of trying to push carcasses from everywhere caught near camp into the river current so the atmosphere smelled better. They did this with great caution as crocodiles abound.

The Serengeti is immense and you can see wildebeest for miles. One might think watching and seeing the same animals for 3 days would get boring, but it doesn’t; they are fascinating and the respect Stephen has for wildlife comes through and we never tired of the knowledge he passed on. There is much more than just the “beest;” we saw zebra (who knew they migrate, too?) and lions, elephant, hippo, giraffe, jackal, hyena, impala, antelope, Thompson Gazelle, the beautiful blue and brown Topi, baboon, monkey, ostrich, birds galore and so many more. Stephen had stories about them all." See all these reviews: 18n in Tanzania; 2n in Kenya
Experience Report
Overall Rating:
Excellent
Location:
Excellent
Service:
Excellent
Activities:
Excellent
Rooms:
Excellent
Food:
Excellent
Facilities:
Excellent
Sightings Report

3 nights Arrived 22 Sep 2015
"We loved the remote location of this camp where we enjoyed exciting game drives and witnessed three river crossings.

4 nights Arrived 5 Sep 2014
"This is a new camp located along the Mara river. The reason we went there was to see the great herds on the pains and witness a water crossing. We did see the herds and the experience was great. the river crossings were a bit elusive. We felt the guides were inexperienced and uncoordinated in their approach to maximize the chances of actually seeing a crossing. Accordingly, we missed several opportunities to view a crossing. This was very frustration and certainly negatively effected our experience at the camp.

We also felt the staff was trying hard but were also also inexperienced. This was not what we expected form a Singita Camp.

We also witnessed evidence of poaching close to this site. It was very disturbing. Singita need to be more proactive to try to reduce this type of illegal behavior as they have in their other locations. We did not get any indication that Singita had theses anti-poaching programs in place at the Mara River Camp. Food was usually served cold and not up to usual standards. We would rate the overall value as fair." See all these reviews: 13n in Tanzania
Experience Report
Overall Rating:
Average
Location:
Good
Service:
Average
Activities:
Average
Rooms:
Good
Food:
Average
Facilities:
Average
Showing 1-3 of 3
87%
3 reviews of Singita Mara River by travellers since August 2007
Overall rating by our travellers
2
0
1
0
0
Filter by month