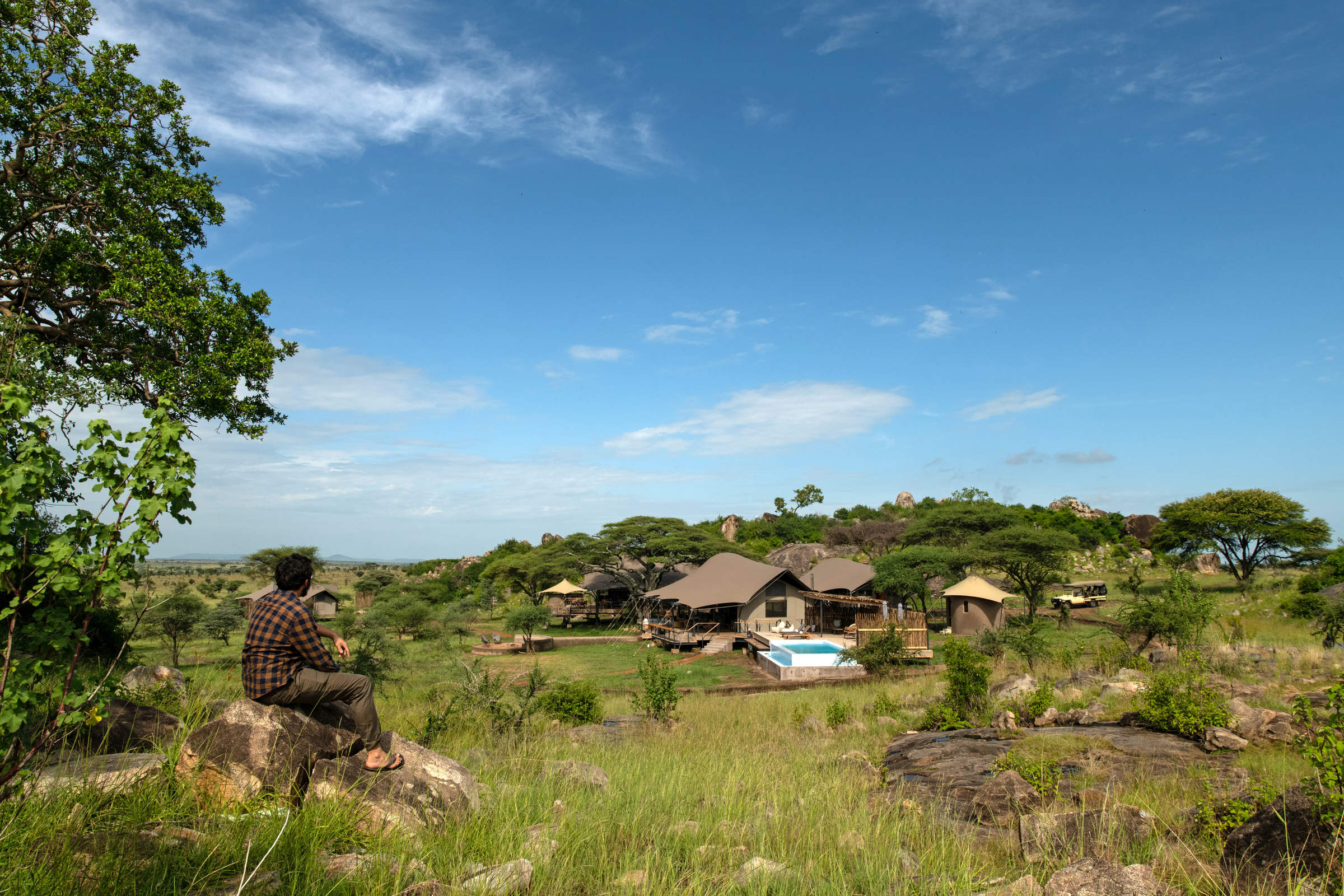 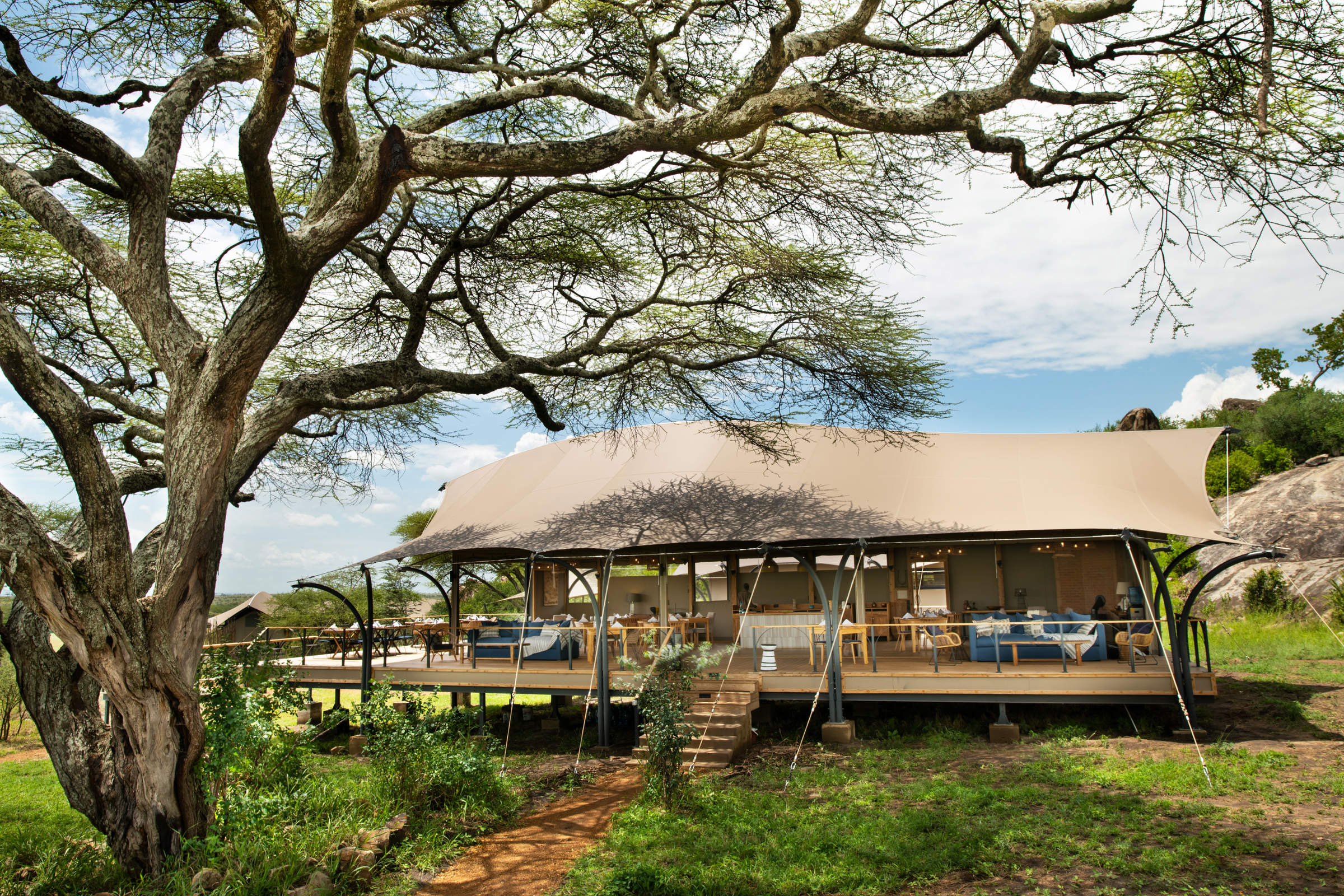 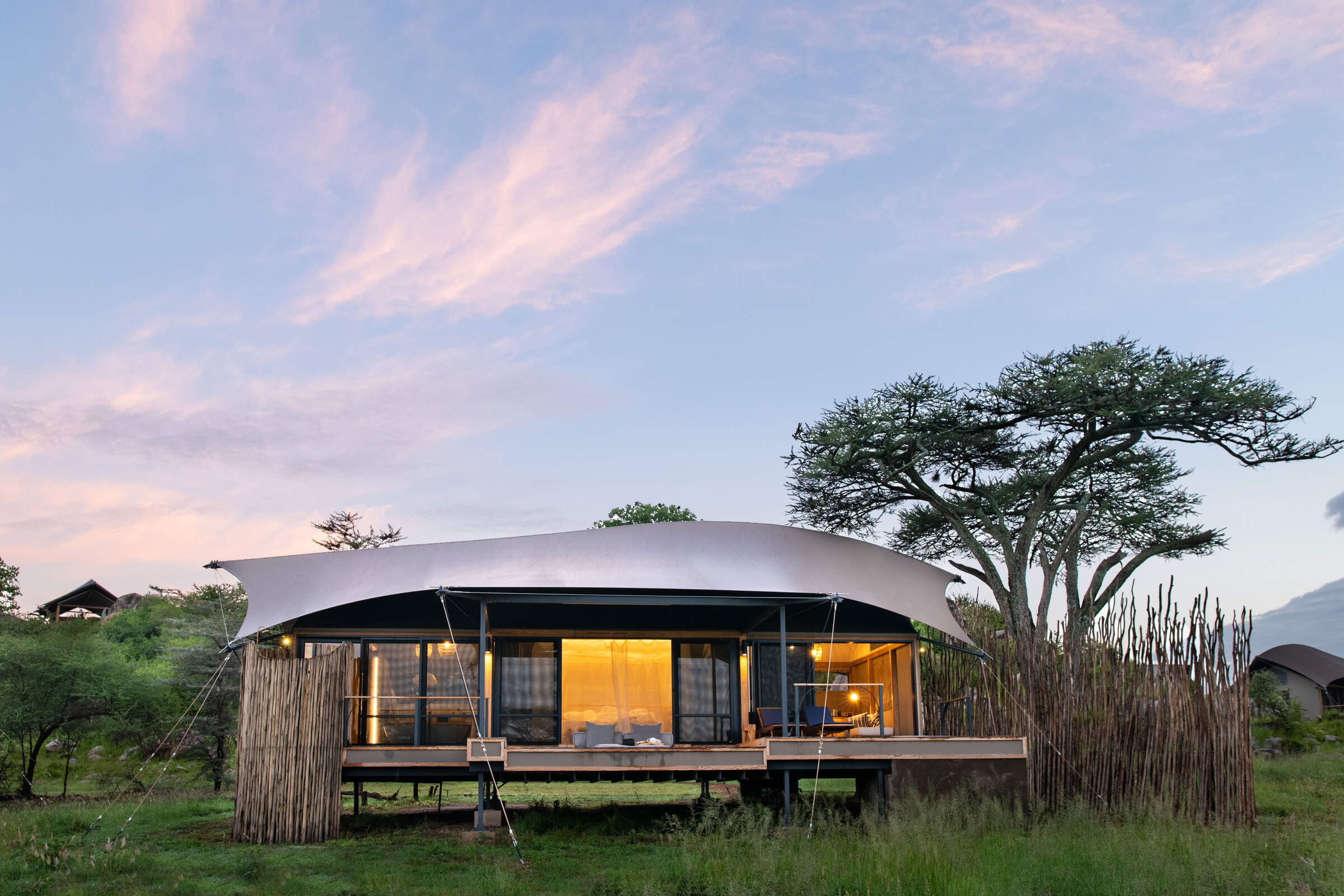 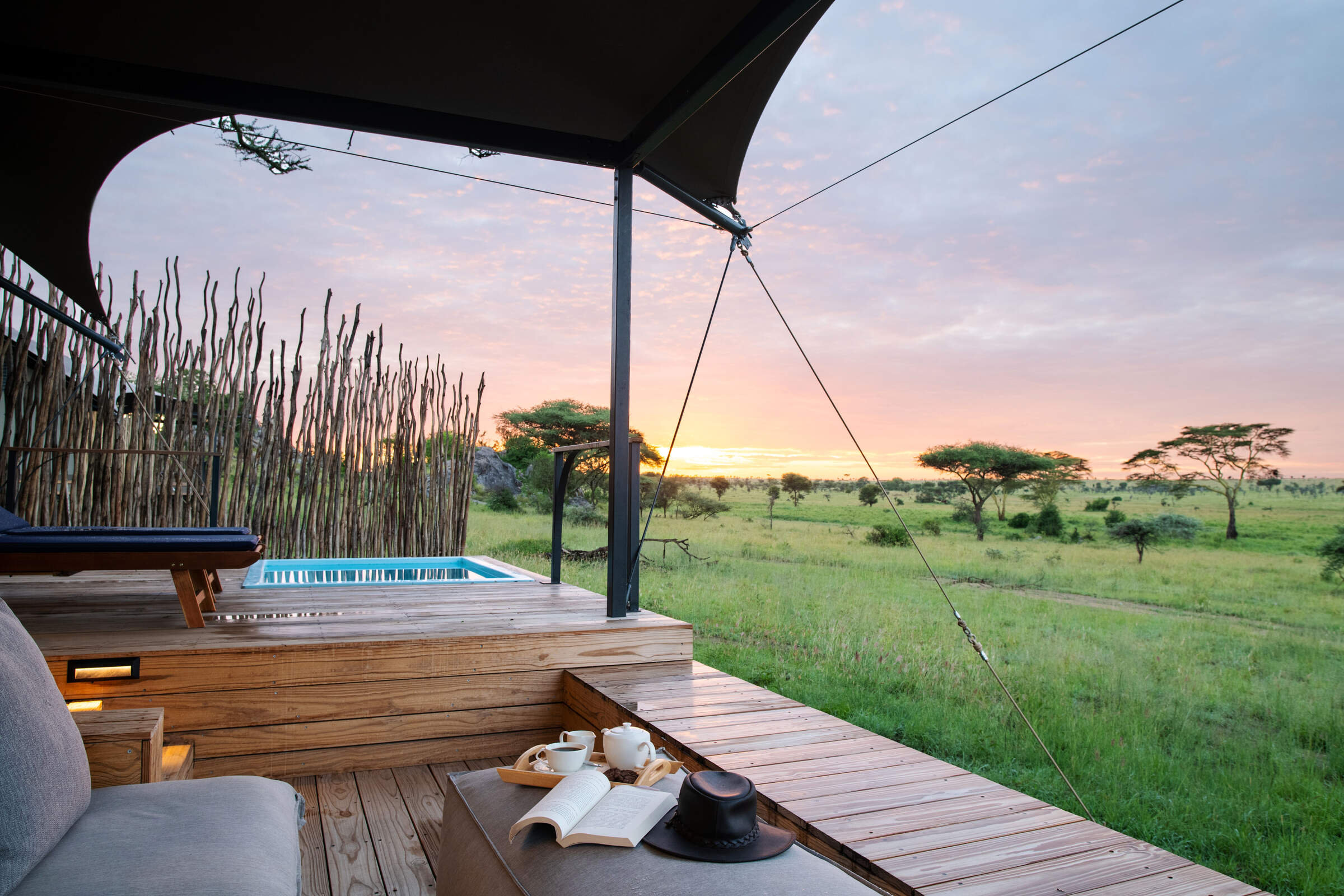 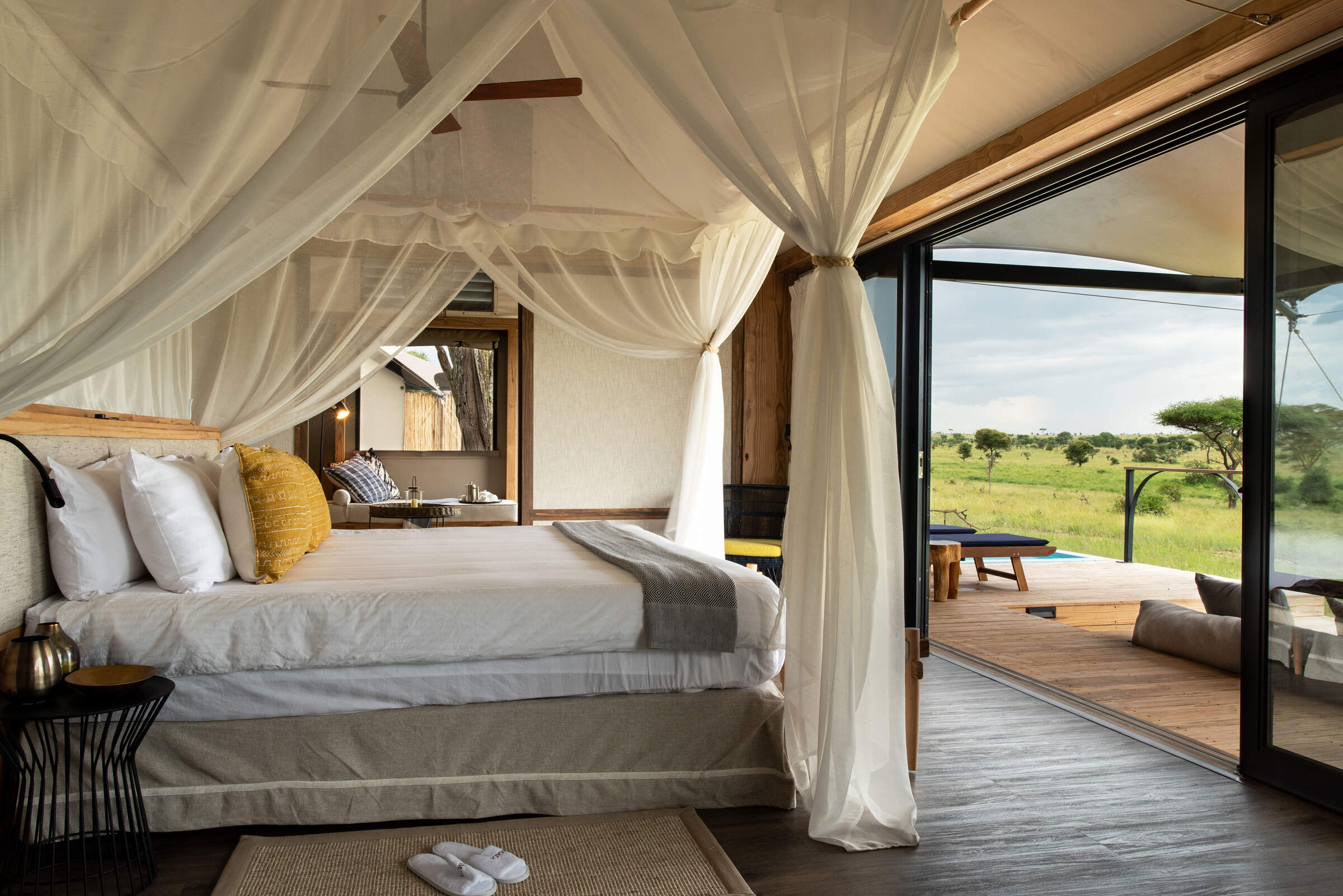 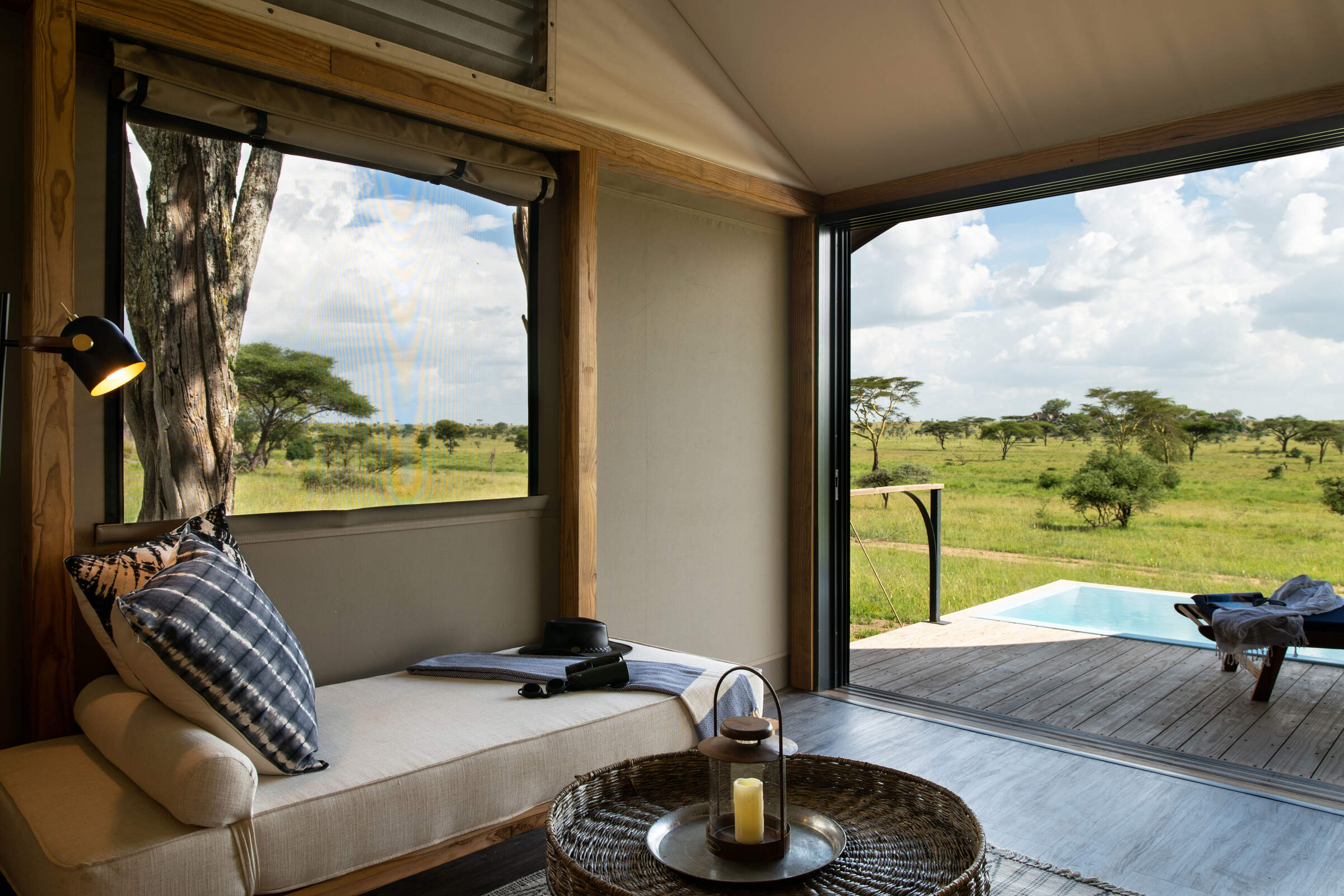 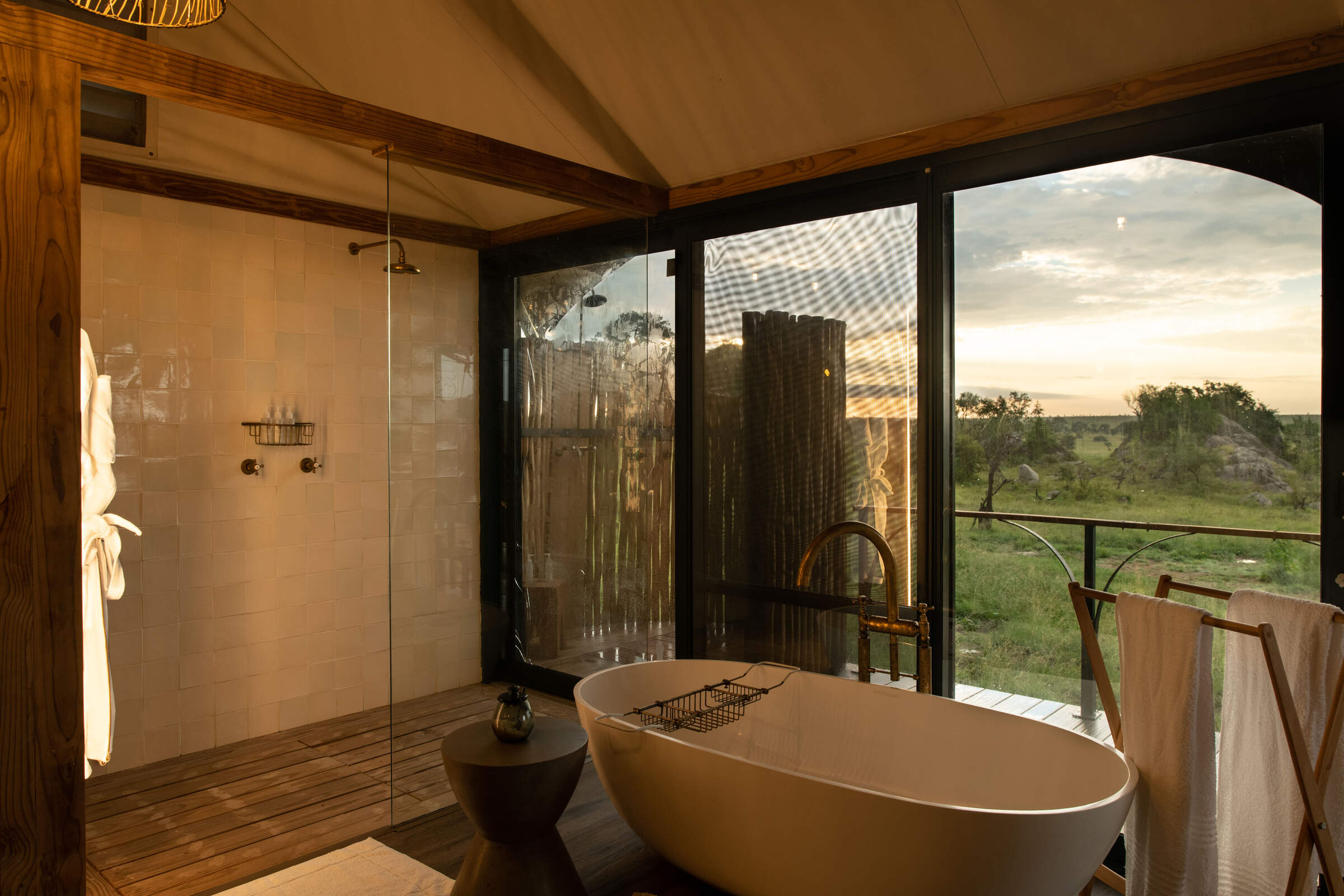 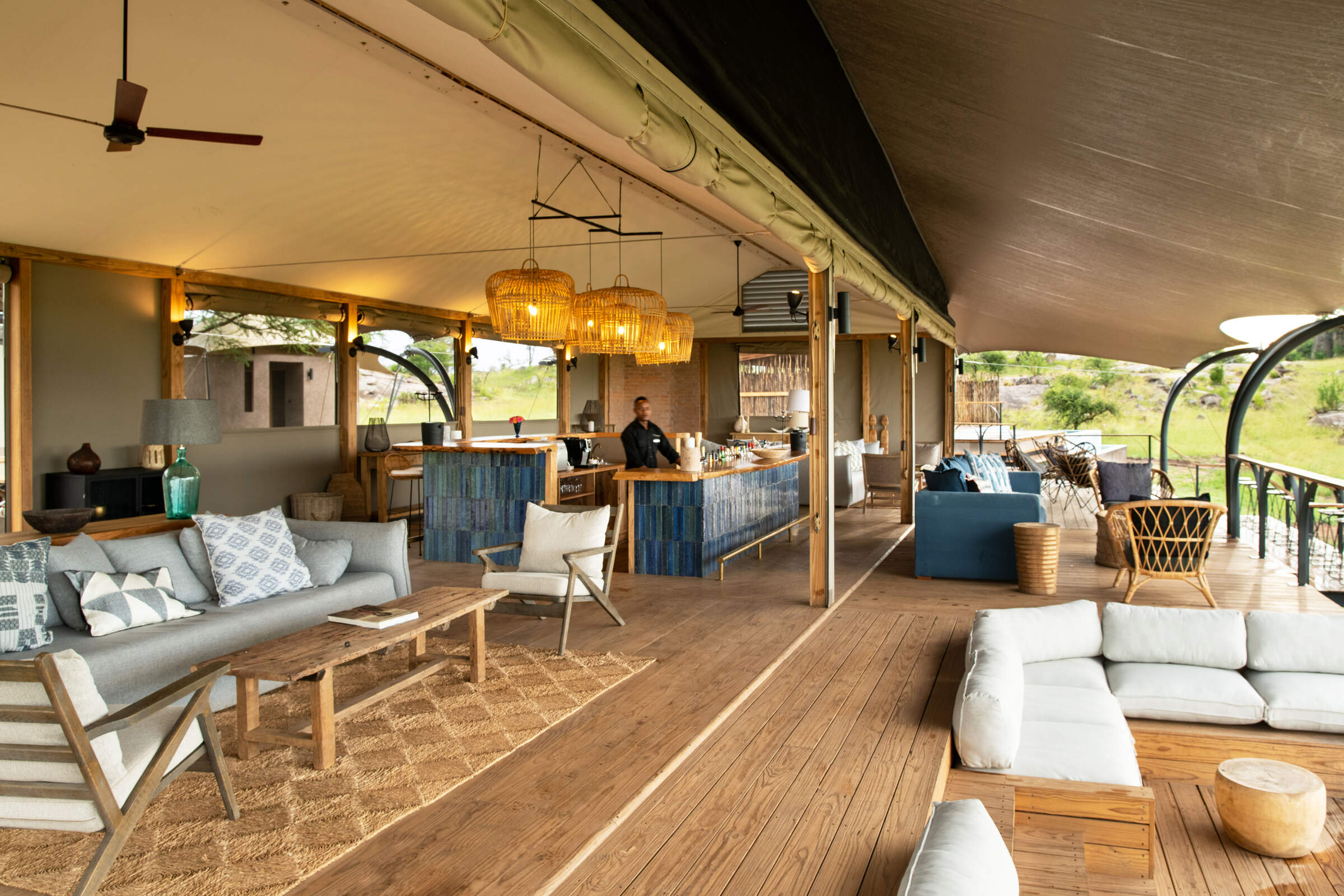 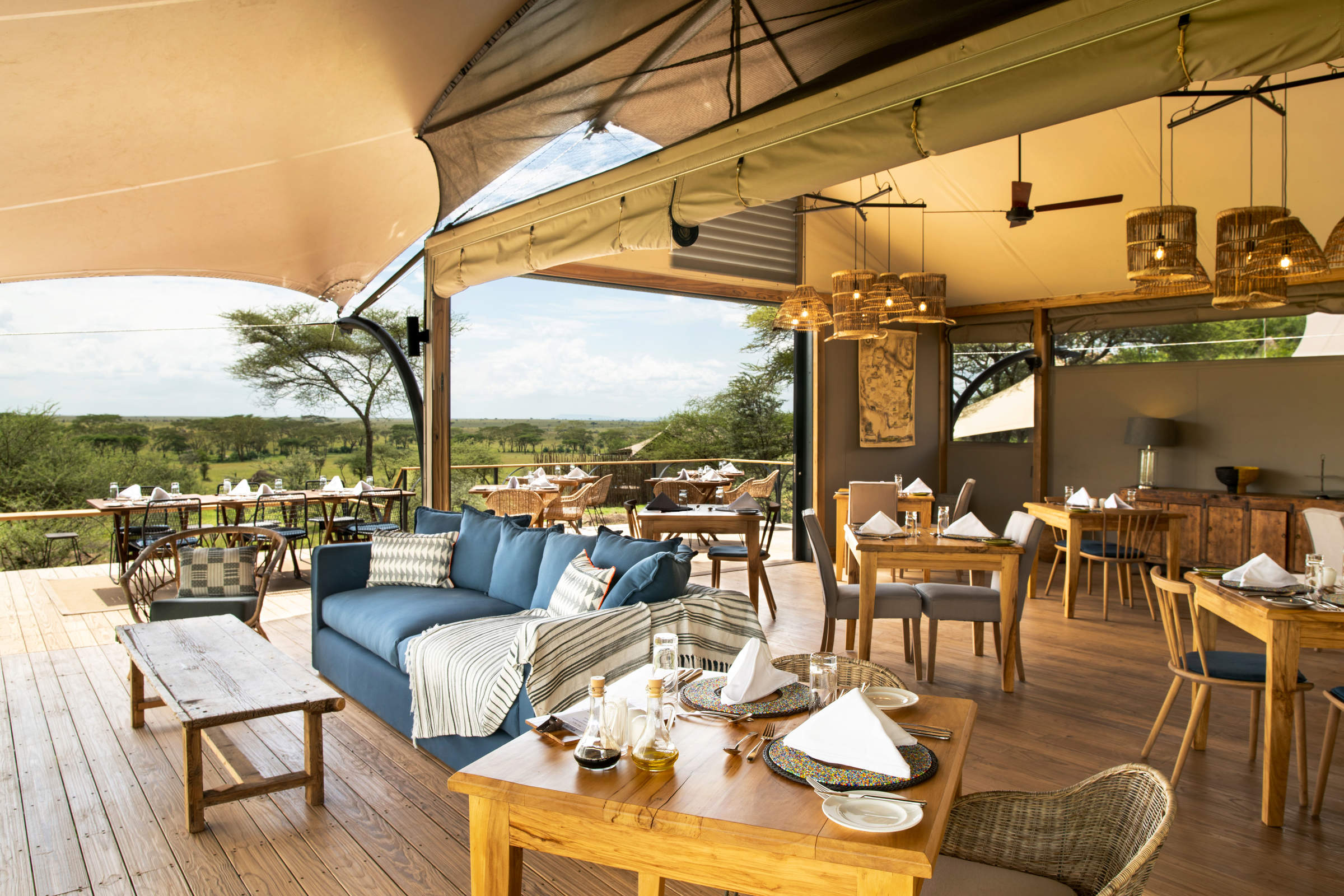 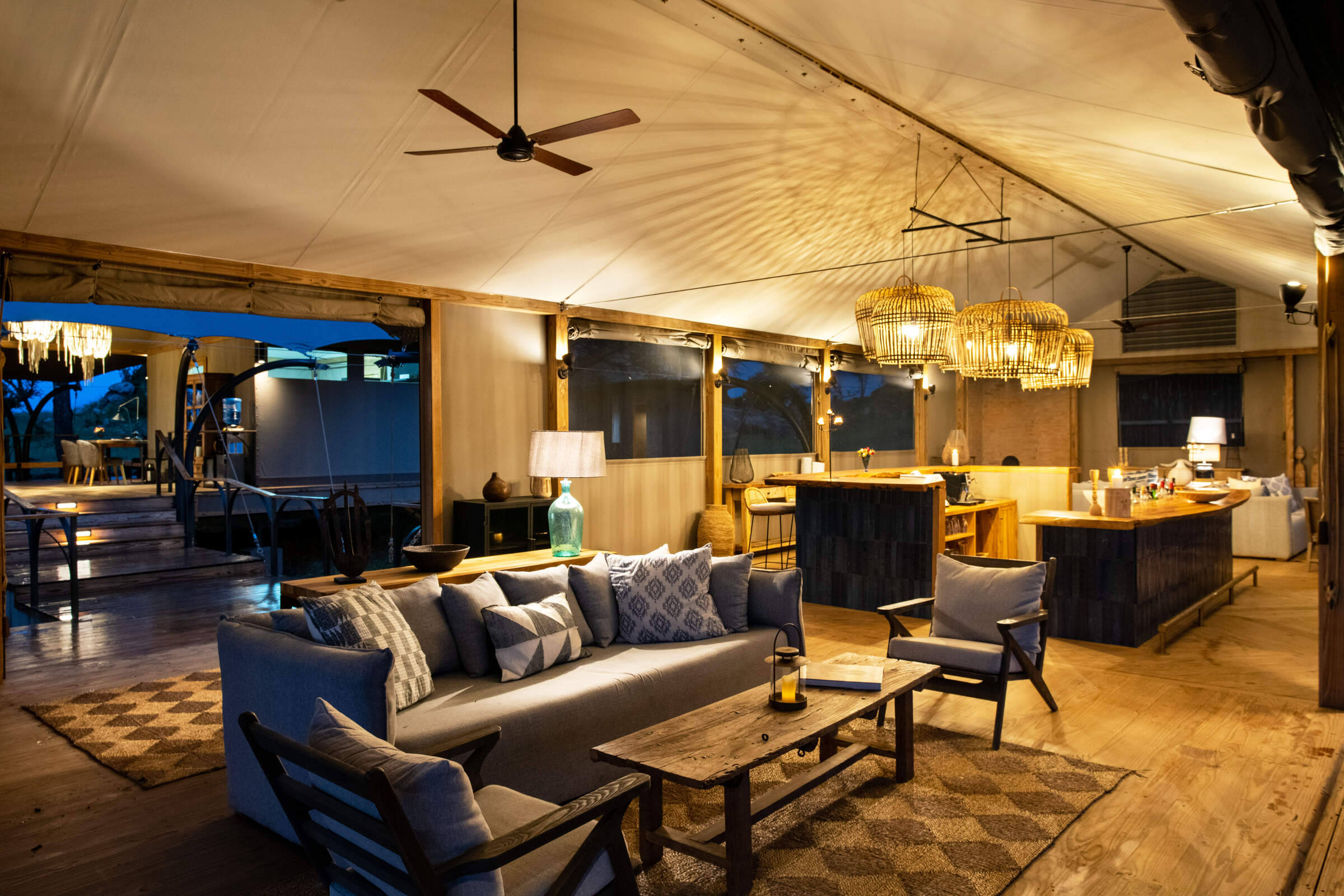 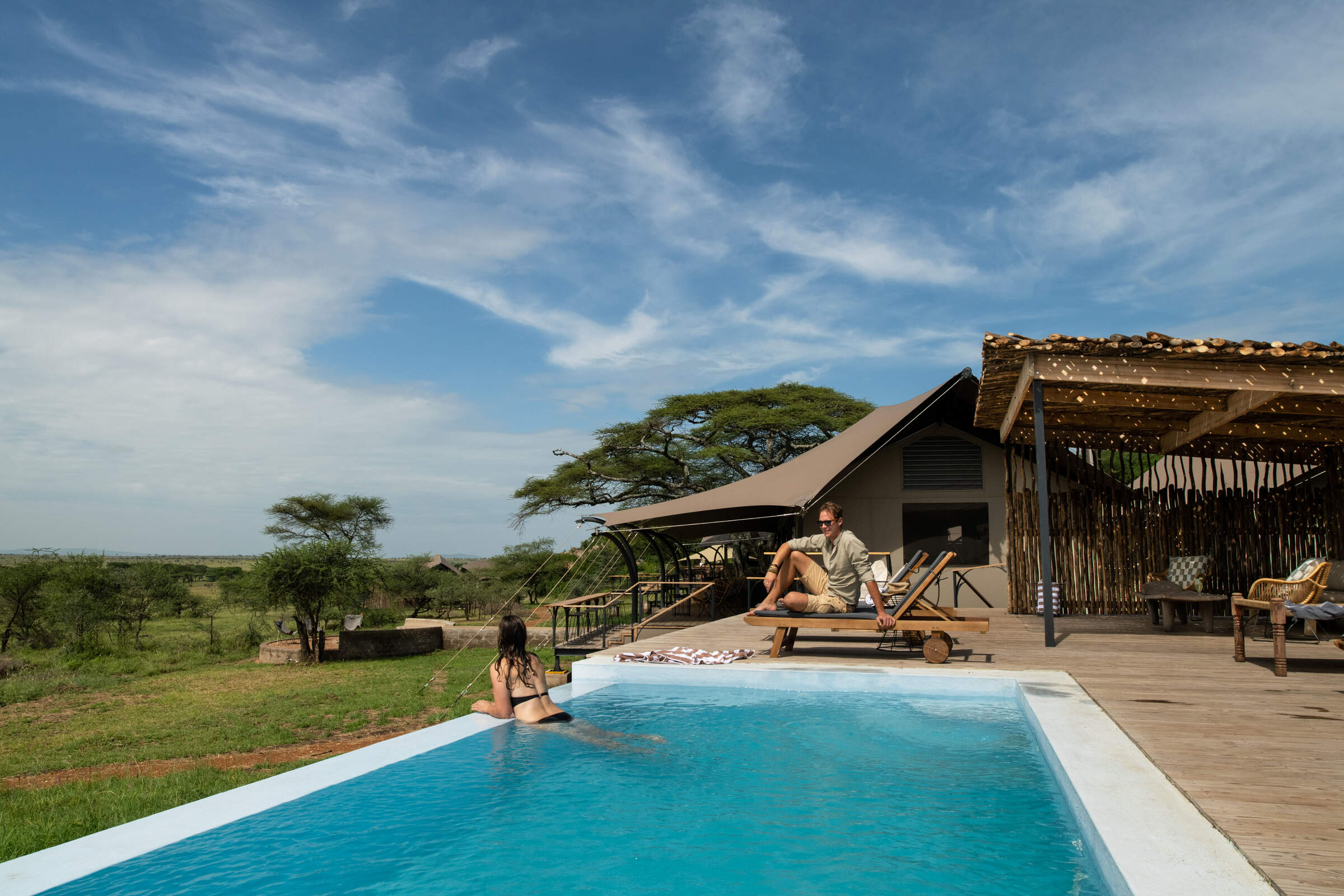 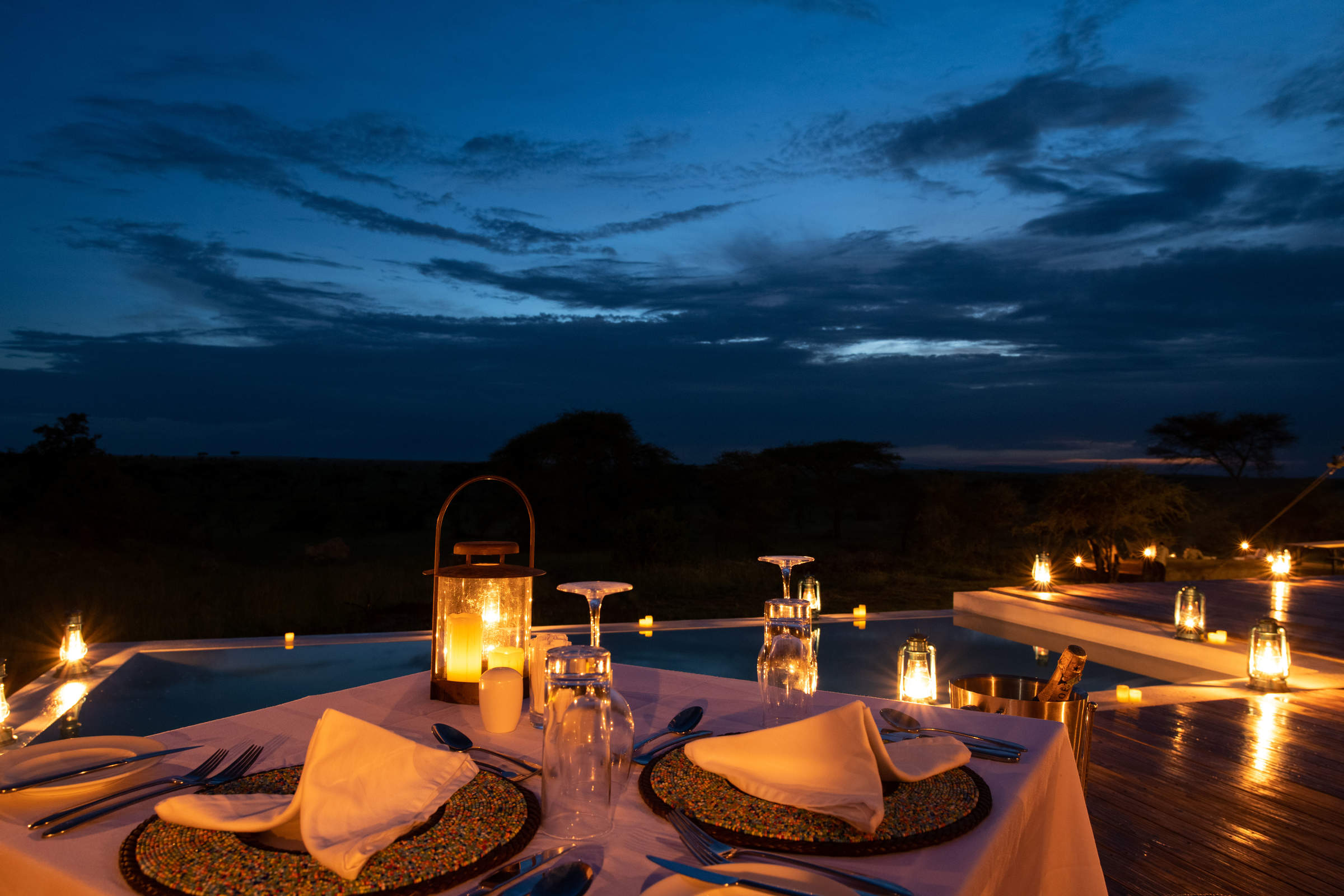 3 independent comments and wildlife information from our travellers who have visited Lemala Nanyukie and kindly agreed to share their thoughts. They do not necessarily represent the views of Expert Africa

3 nights Arrived 17 Nov 2020
"Very similar to the other Lemala camps/lodges with fabulous views. This one had the advantage of being lower down and we discovered that we didn't need to go on a game drive to see animals; if we sat on our verandah long enough, the animals came parading past our tent. See the Mpingo Ridge review.

General review of Lemala Nyanukie and sister camps, Mpingo Ridge and Kuria Hills: This review applies to Lemala camps at Mpingo Ridge, Nanyukie and Kuria Hills. It's very difficult to give feedback on each individual Lemala Camp because they were all so similar (apart from Lemala Ngorongoro). The rooms all had the same layout, the furnishings were almost identical and although the staff were all individual personalities, after spending time in Zanzibar and Dar Es Salaam, by the time we returned home I couldn't remember which people worked at which lodges. What I can say is that all of them were excellent. Everyone we met went out of their way to make us welcome and they treated us like VIPs.
The suites were all lovely; spacious and comfortable with everything we could possibly need. I was especially pleased with the beds which were supremely comfortable. I had been concerned that the lack of air conditioning might make sleeping difficult but I needn't have worried; the fans were sufficient to ensure a good nights' rest.
The food was excellent in all the lodges and we both ate and drank far more than we do at home! The only (very minor) criticism would be that the picnic lunches were a little "samey".
In fact I suppose that could be said about the camps/lodges themselves. Beautifully luxurious though they all are, one felt much like all the others. Still, it's a winning formula so I can understand why they're all the same." See all these reviews: 11n in Tanzania; 8n in Zanzibar
Experience Report
Overall Rating:
Excellent
Location:
Excellent
Service:
Excellent
Rooms:
Excellent
Food:
Excellent
Facilities:
Excellent
Sightings Report

"Big cats and one smaller very special one"

5 nights Arrived 31 Oct 2020
"We prefer smaller, more traditional bush camps and didn't actually book Nanjukie. We had opted for Lemala's Ewanjan camp but the company had closed it because of reduced visitor numbers and we were "upgraded". Having said that the tented rooms are spacious, very well appointed and with amazing views across the Serengeti where you can "verandah safari" during the afternoon: we saw elephant, giraffe, waterbuck, impala, warthog, dik diks, buffalo, zebra, Thompson gazelles and baboons. The camp's location by kopjes means you have to be accompanied by an askari to and from your room at all times.

Lots of highlights thanks to our eagle-eyed guide Barnabas:
On the first evening game drive we were extremely lucky to see the melanistic serval hunting for rats in the long grass.

A full day out around Seronera and to the west (usually packed with vehicles) produced plentiful sightings with very few people about. A leopard up a tree still managed to draw in a few other jeeps. On other days we headed south and east and saw hardly anyone. On our last full day we were able to spend the best part of a morning at a kopje with a female leopard and her three cubs.

Being close to Namiri Plains this area has lots of big cats: we saw cheetah mum and four cubs, other cheetahs and lots of lions (including Ziggy Jnr, son of the TV star who we had first seen here in 2017). There are also HUGE numbers of Thomson gazelles.

At camp the staff were very welcoming. A special mention goes to Christina in the restaurant. The food was excellent apart from the bush breakfasts, which were not five-star. A better option is to go to the restaurant before you go out on your morning game drive. However, the bush lunch hampers for full days out are very good. On our last night there was a surprise private dining African meal by the pool followed by singing and dancing to mark our 40th wedding anniversary. There is separate dining here in any event, which will suit some.

Access to the camp is a 20-minute drive along the same route in and out every time but still offers varied sightings. We had a superb time with side-striped jackal parents with two sub adults.

Due to an admin mix-up by Lemala our visit didn't start well when there was no-one to collect us at Seronera air strip but once that was resolved (with the help of Coastal pilots and an Asilia guide) we had a superb five-night stay which exceeded our expectations." See all these reviews: 16n in Tanzania
Experience Report
Overall Rating:
Excellent
Location:
Good
Service:
Excellent
Activities:
Excellent
Rooms:
Excellent
Food:
Excellent
Facilities:
Excellent
Mr D.
Cambridge

3 nights Arrived 9 Sep 2019
"A wonderful camp in stunning location. A great treat to be surrounded by wildlife in such close proximity.