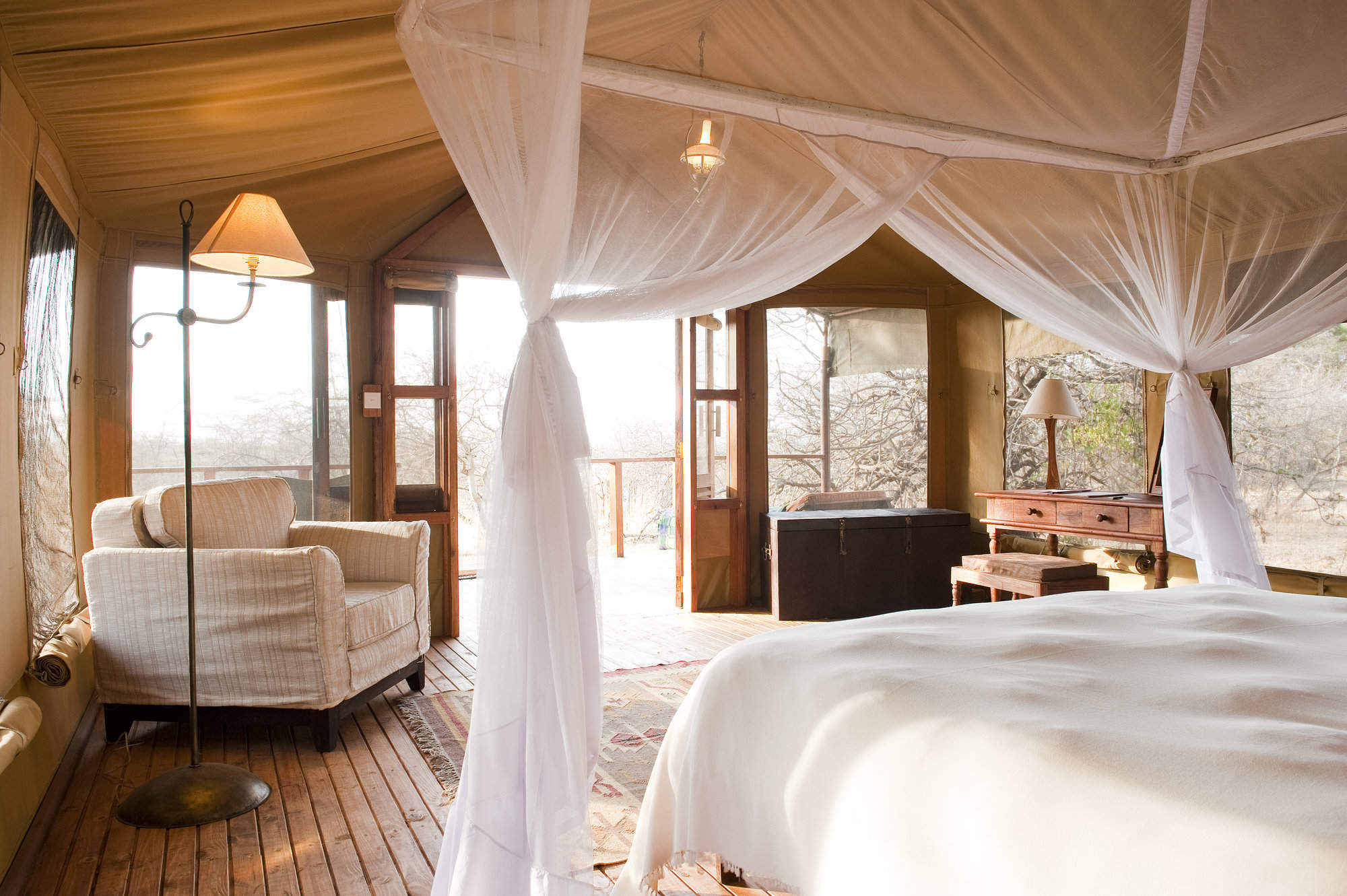 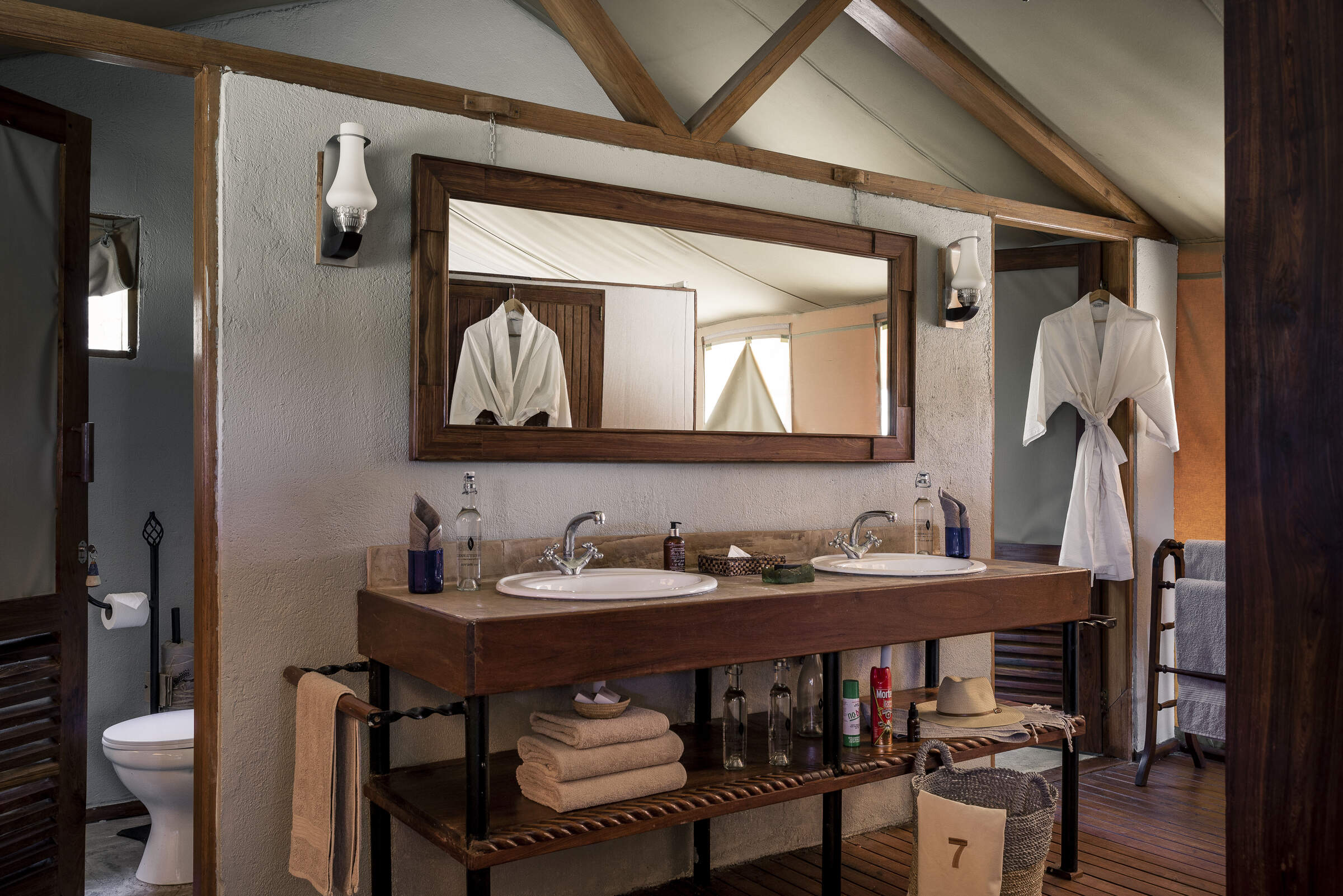 4 independent comments and wildlife information from our travellers who have visited Kusini Camp and kindly agreed to share their thoughts. They do not necessarily represent the views of Expert Africa

Arriving with an ASILIA guide, ASILIA Land Cruiser we were essentially left to our own devices at the camp -- we were not part of the core camp and felt quite ostracized.

It was almost like Kusini felt their obligation was to supply us ASILIA folks with accommodation -- a tent.

Even Albert told me that he had never been treated so badly by a camp in his career.

The manager insisted sunrise was at 0530 and that I needed to be up at 0500 -- when I told him that sunrise at the crater was 0700 he took umbrage ....so when I saw him the following morning at 0545 in pitch black darkness it was awkward to say the least.

Our sundowner was a bag of peanuts left over from the minimart (the kusini kitchen staff refused to fix us anything to take on the sundowner as that was an "ASILIA ISSUE") ........and the crew clearly played favorites with other high maintenance guests -- they had no clue of any dietary requirements I had, no in room wifi, English was abysmal, atrocious (staff were in over their heads from the top down) -- the most dreary and disorganized camp Ive ever been to in Africa by far!!

On the limited plus side, the cat viewing about an hour out of camp was great." See all these reviews: 7n in Tanzania; 4n in Kenya
Experience Report
Overall Rating:
Terrible
Location:
Good
Service:
Terrible
Rooms:
Good
Food:
Poor
Feedback Response
We have heard back from Kusini Camp and they sincerely apologise for any perceived shortcomings at the camp during this traveller’s stay. They have drawn our attention to the positive feedback received from other guests in camp at the same time, but we fully accept that every traveller’s viewpoint is equally valid, and previous Expert Africa clients have also remarked on the lack of atmosphere at this camp. This traveller was on a private road safari with a private guide, with whom he did all his game drives while staying here, so it’s true that he would not have taken part in the shared activities of other guests. The private arrangement allows travellers to make their own game drive plans every day.

We’re very sorry if this client was expecting in-room Wi-fi at the camp, but this is not available at Kusini. The dietary requirements he conveyed to Expert Africa were passed on to the camp, who have confirmed they did not serve him any fish. They have pointed out that Sundowner snacks are provided on the rocks near the camp every evening, and they apologise if there was any confusion about providing them for a game drive, which they say could easily have been arranged. They also apologise for any miscommunication about the timing of the sunrise: they say they normally recommend being on the rock at 5.45am when the team is there to serve coffee.

Expert Africa has emphasised to Kusini the importance of high standards of service to all guests and we very much hope that future travellers will enjoy the excellent wildlife in the area while taking away a good impression of this camp.

3 nights Arrived 8 Feb 2014
"The staff were all very friendly and the rooms were very nice and comfortable but the public areas were a bit soulless, perhaps because the poor weather meant that we didn't spend much time in the evenings out of doors on the rocks or by the camp fire.

The couple running the camp were perhaps not as knowledgeable as the very best managers we have encountered but it did not spoil our experience." See all these reviews: 9n in Tanzania; 5n in Zanzibar
Experience Report
Overall Rating:
Good
Location:
Excellent
Service:
Excellent
Rooms:
Excellent
Food:
Good
Mr G & Ms T
Oxon