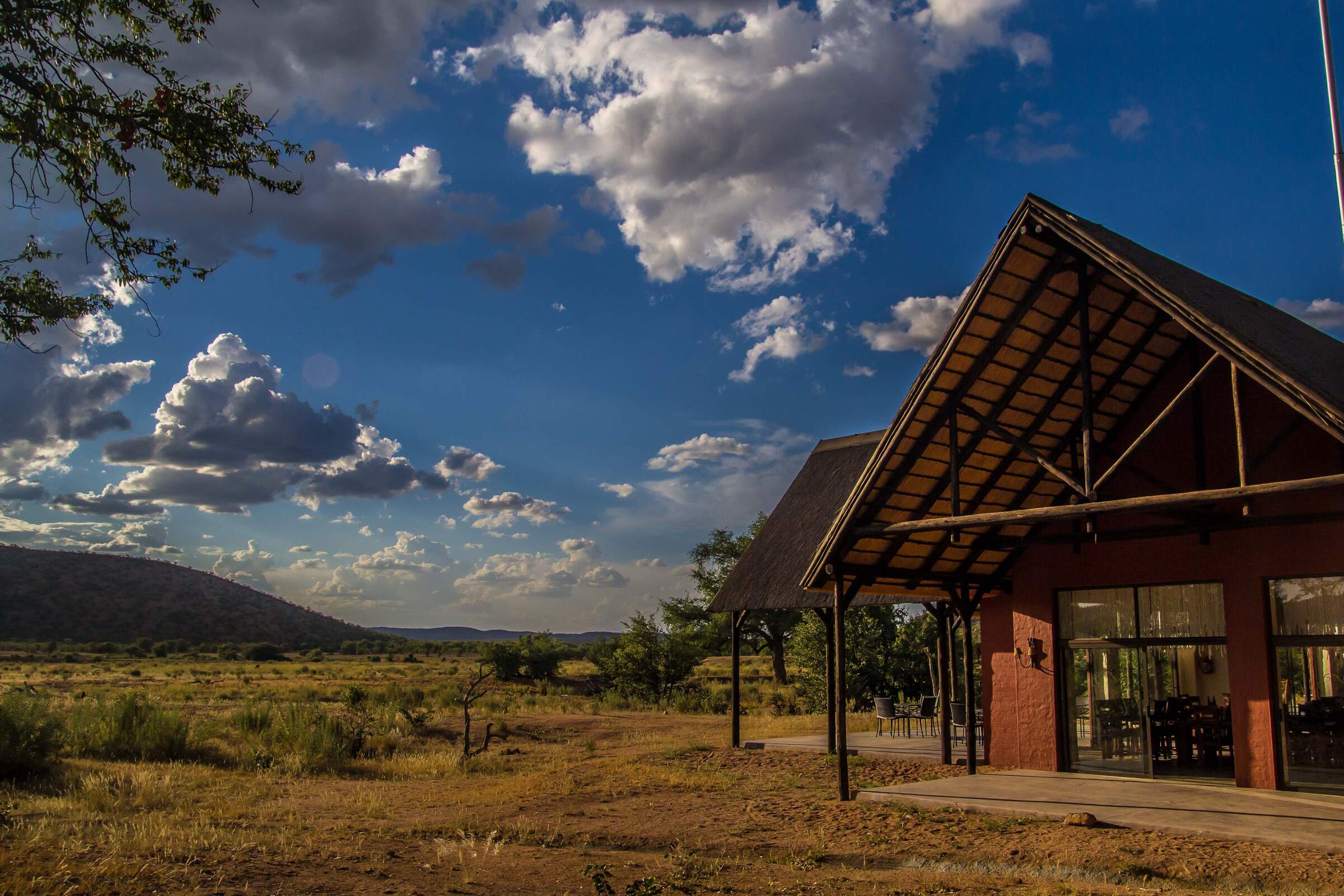 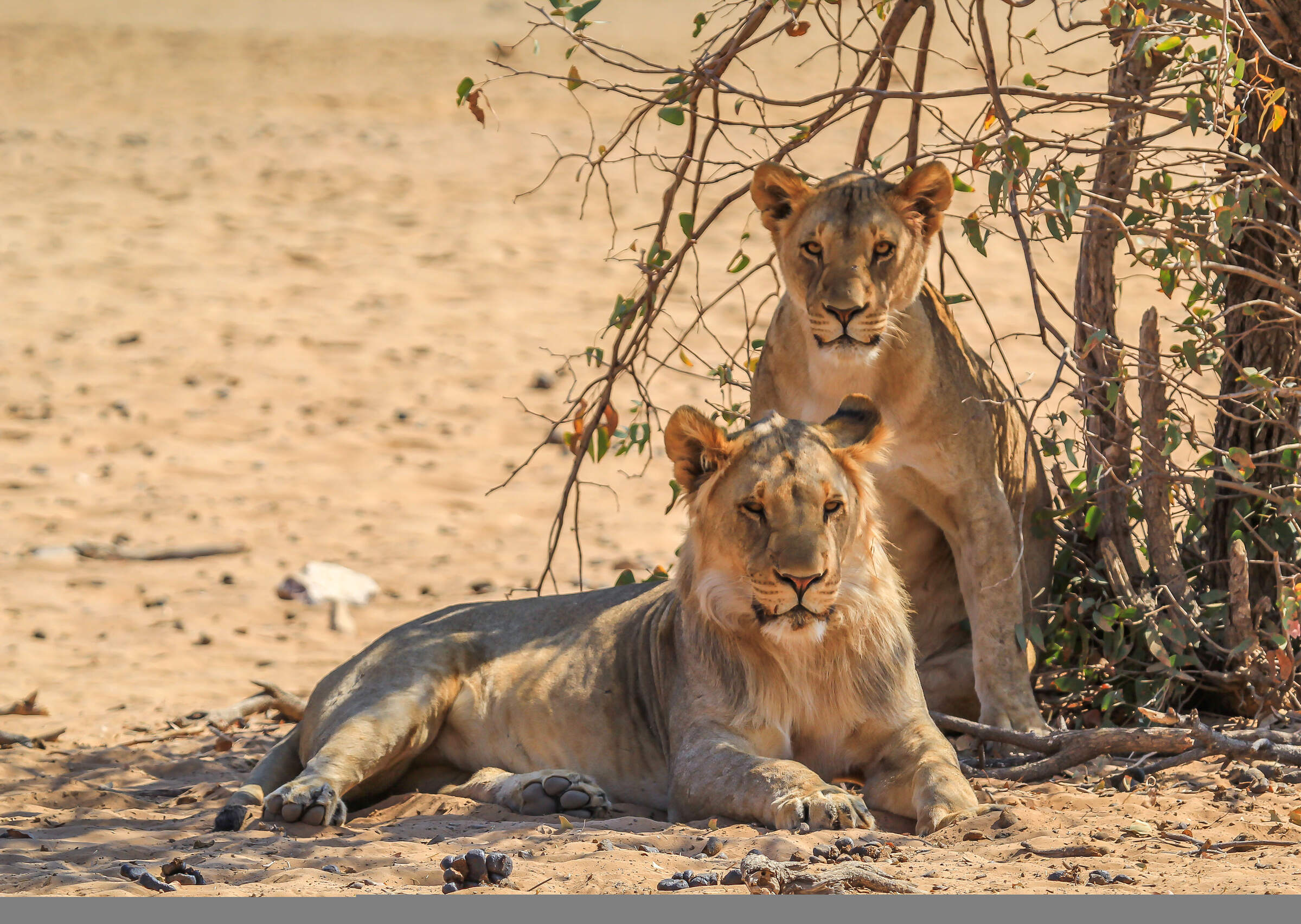 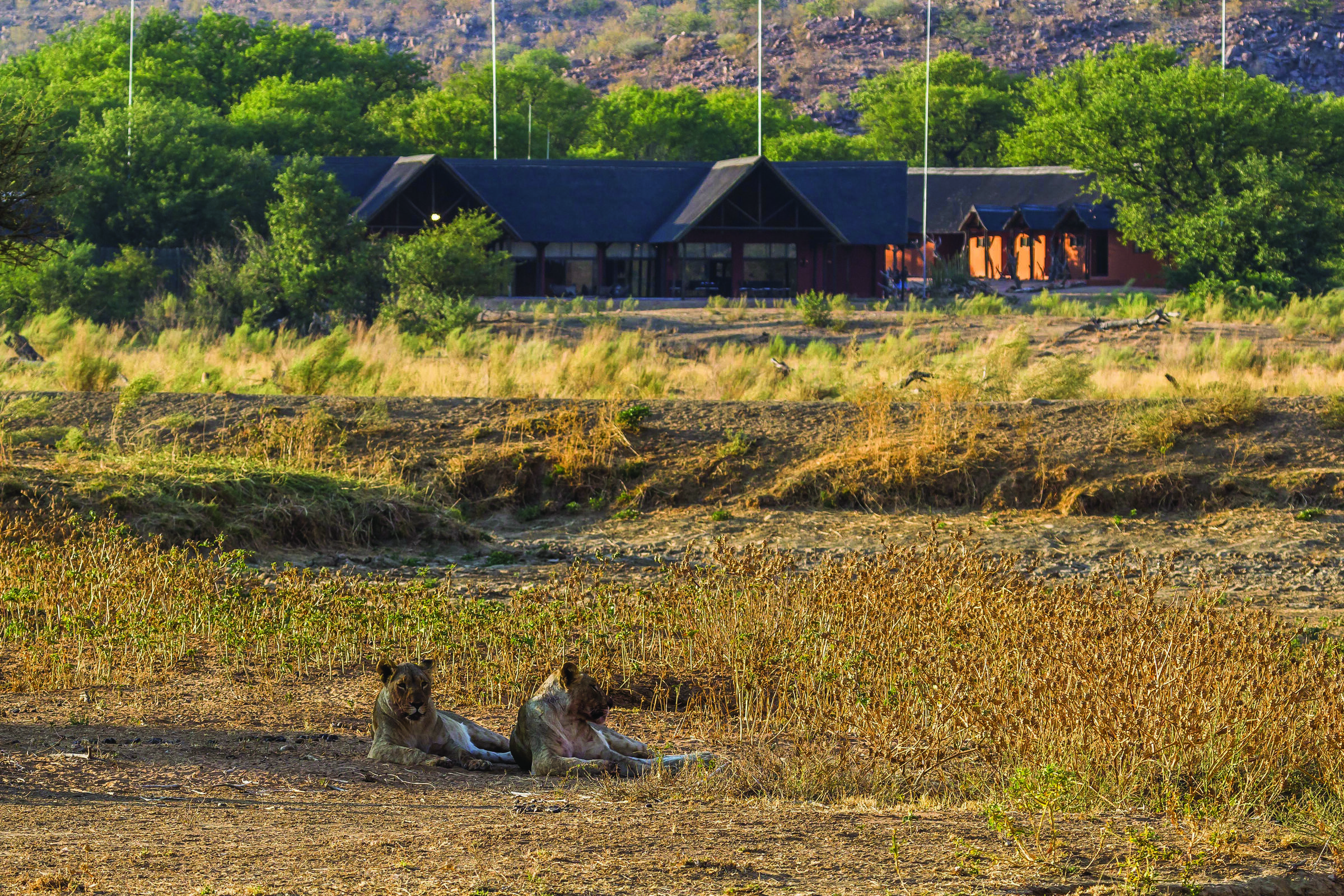 67 independent comments and wildlife information from our travellers who have visited Hobatere Lodge and kindly agreed to share their thoughts. They do not necessarily represent the views of Expert Africa

3 nights Arrived 4 Nov 2019
"Rooms were quite rustic and small, but perfectly adequate. Reception and main area was large and open overlooking an area where game could potentially pass through. We did not see much game here, although some had seen lion in the area. However, with close proximity to Galton Gate it was a short trip into Etosha where game was plentiful - one sighting to note was a herd of more than one hundred eland. (Note for Expert Africa - the wildlife research listings are from sightings in Etosha and not on the Hobatere concession)

We did self-drive into Etosha, so the only activity we did from Hobatere was the night drive during which we had reasonable sightings of the nocturnal animals.

"best place for widlife at your doorstep"

2 nights Arrived 26 Sep 2019
"Great location with the waterhole right in front of the lodge. Plenty of sighting including lion hunting and pride at the perimeter fence of the lodge.

2 nights Arrived 26 Sep 2019
"I find it hard not to give them an excellent overall simply for the enthusiasm of the staff.

The rooms are tired (i got locked in the bathroom and had to be released from my indignity) but they are clean and the beds comfortable. There are good wildlife sightings we had three different lion sightings, elephants up close and there are good game sightings and you are very close to Galton Gate.

Dr and Mrs A
Surrey

1 night Arrived 8 Jul 2019
"This was a contrast as it was a lodge owned and run by the community. Whilst is was not as slick as other places we stayed at it had a charm that grew on us.

The best water hole action of our trip... We did a night drive and got very close to a pride of lions which was exciting." See all these reviews: 14n in Namibia
Experience Report
Overall Rating:
Excellent
Location:
Good
Service:
Good
Activities:
Good
Rooms:
Average
Food:
Good
Facilities:
Good
Sightings Report

1 night Arrived 13 Jun 2019
"A very comfortable and relaxing place to stay with attentive and helpful staff. Excellent meal and great to be able to look out and see elephants drinking from the waterhole in front of the lodge. Samual, the guide we had for the drive was a very skilled driver and did his best to ensure we saw as many animals as possible.

I did wonder if there should have been bars or canvas on the side of the vehicle as we saw on some other vehicles to give us more protection from the lions?" See all these reviews: 9n in Namibia; 5n in Botswana; 2n in Zimbabwe
Experience Report
Overall Rating:
Excellent
Location:
Excellent
Service:
Excellent
Activities:
Excellent
Rooms:
Excellent
Food:
Excellent
Facilities:
Excellent
Sightings Report

1 night Arrived 23 May 2019
"The Rondavels are pretty good.
The pool is lovely and just as cold as all the others and the main building's setting, over the water holes is fantastic.

Our favourite was the night drive seeing a lioness eating a zebra followed by seeing all the much smaller wildlife esp the Spring Hares, which were a real surprise.

2 nights Arrived 22 May 2019
"Long drive on a bumpy road, but that said the animals seen close up at the new waterhole were great, even saw a lioness at the furthest waterhole.

Food was ok, desserts typically a let down.

Management were very good Janet and Liberty sorted out local niggles, as well as organising the removal of punctured tyre and the replacement thereof.

Too many people trying to hard sell activities, which in the end we had no time consider because we spent 4 hours getting a new tyre. Also we had sufficient Namibian massage travelling from Palmwag." See all these reviews: 9n in Namibia; 3n in Botswana
Experience Report
Overall Rating:
Average
Location:
Good
Service:
Average
Rooms:
Average
Food:
Average
Sightings Report

2 nights Arrived 24 Oct 2018
"This was a very disappointing lodge - only slightly above the standard of an NWR standard lodge such as Okakeujo. Saving graces are the staff - lovely and chatty and very willing to please and the food which was mostly good, and excellent in places, although breakfast was only average.

Rooms were sub-standard and not attractive to look at - very basic old lodge look and feel and landscaping non-existent. Dead flies on one bed, mosquito nets that don't meet so weren't effective, very small and basic bathrooms. The pool was dirty/had a slimy bottom.

We were unlucky in that we visited after heavy rain but on one afternoon drive and one night drive in the Hobatere reserve we saw only antelope, owls and a chameleon. Overall the only big game we saw in two days in the reserve was one giraffe. There was no game at all at the waterhole ever. We got the feeling that there isn't that much in the park - the waterholes at Dolomite and Okakeujo on the same days had plenty of animals. I am being a little unfair since the lodge is near hills (where the animals can hide) and the Etosha lodges are nearer larger plains, but if you go to for safari, this is a big factor to consider.

It is a long way into the proper bit of Western Etosha where you start to see animals from the lodge. It is 30 minutes to the Galton Gate and then about an hour 15 minutes to Dolomite Camp - so well over an hour until you begin to see any game at all. We spent lunch/afternoon at Dolomite Camp and the location/pool/food/service were much better than Hobatere - it has a much more luxurious feel/decor despite being NWR run. If you are choosing between the two I would go to Dolomite (although we didn't see the rooms) especially given you are right in the centre of Etosha and can start to game view immediately upon leaving the lodge." See all these reviews: 8n in Namibia
Experience Report
Overall Rating:
Poor
Location:
Poor
Service:
Excellent
Activities:
Poor
Rooms:
Terrible
Food:
Good
Facilities:
Poor
Sightings Report