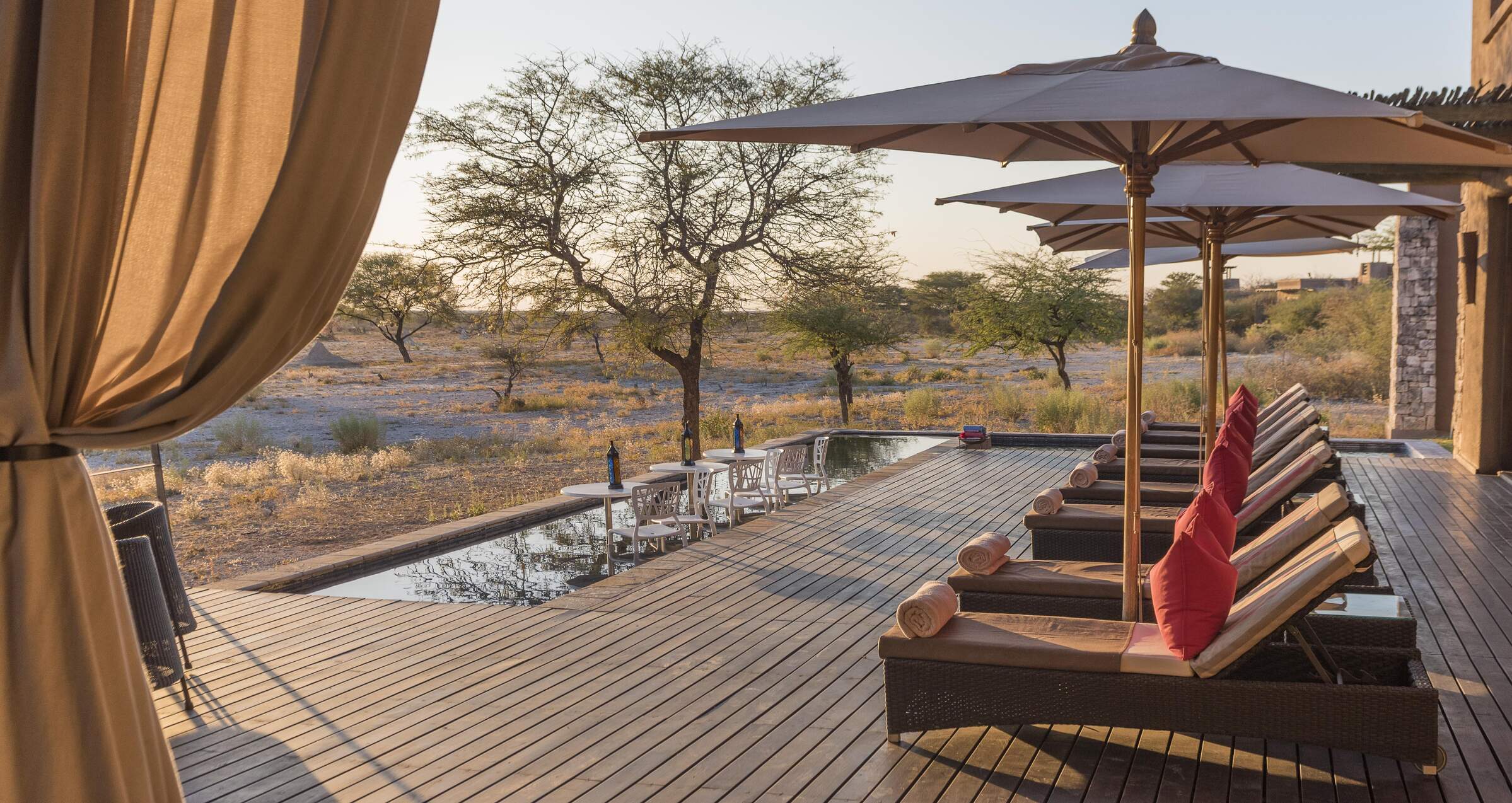 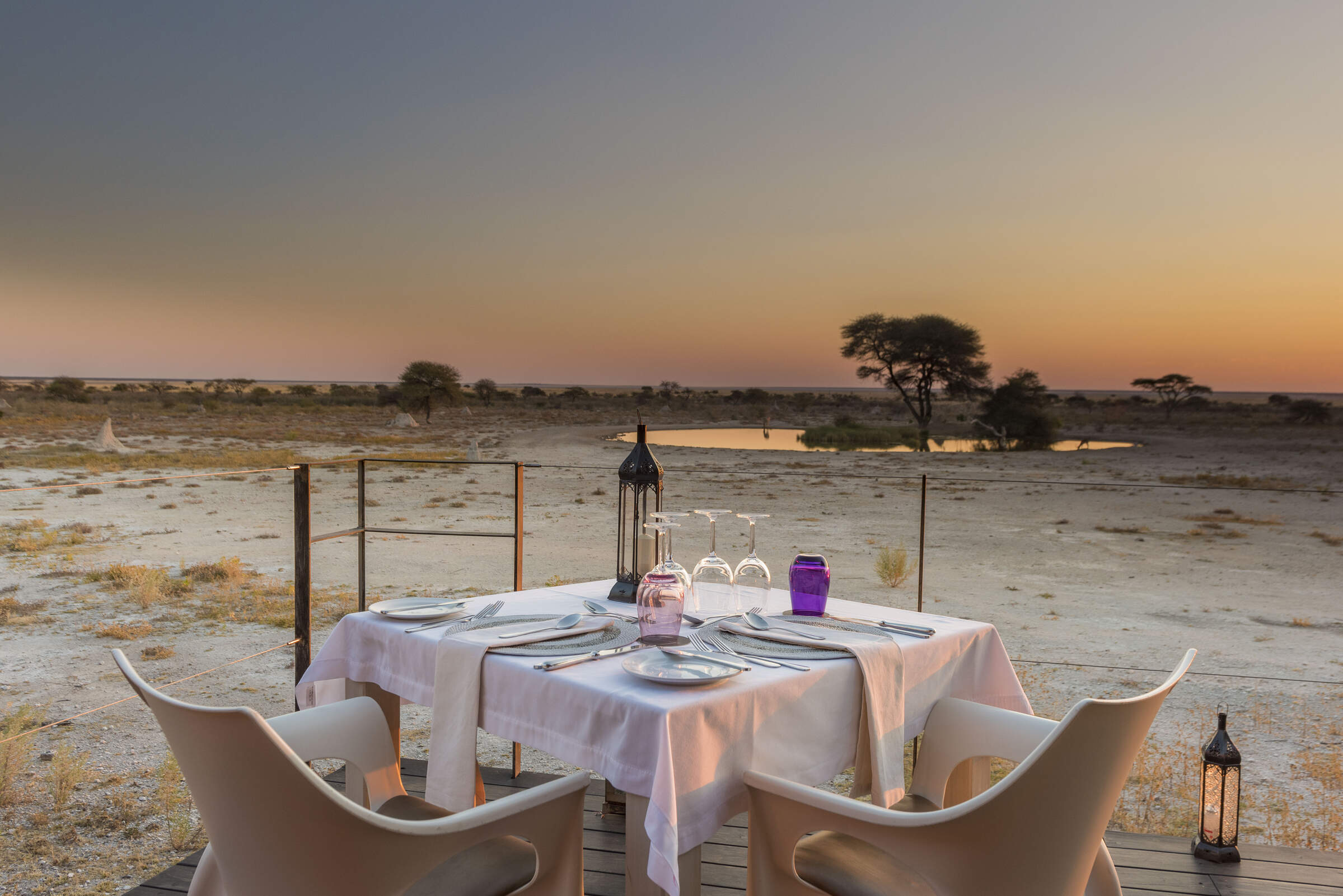 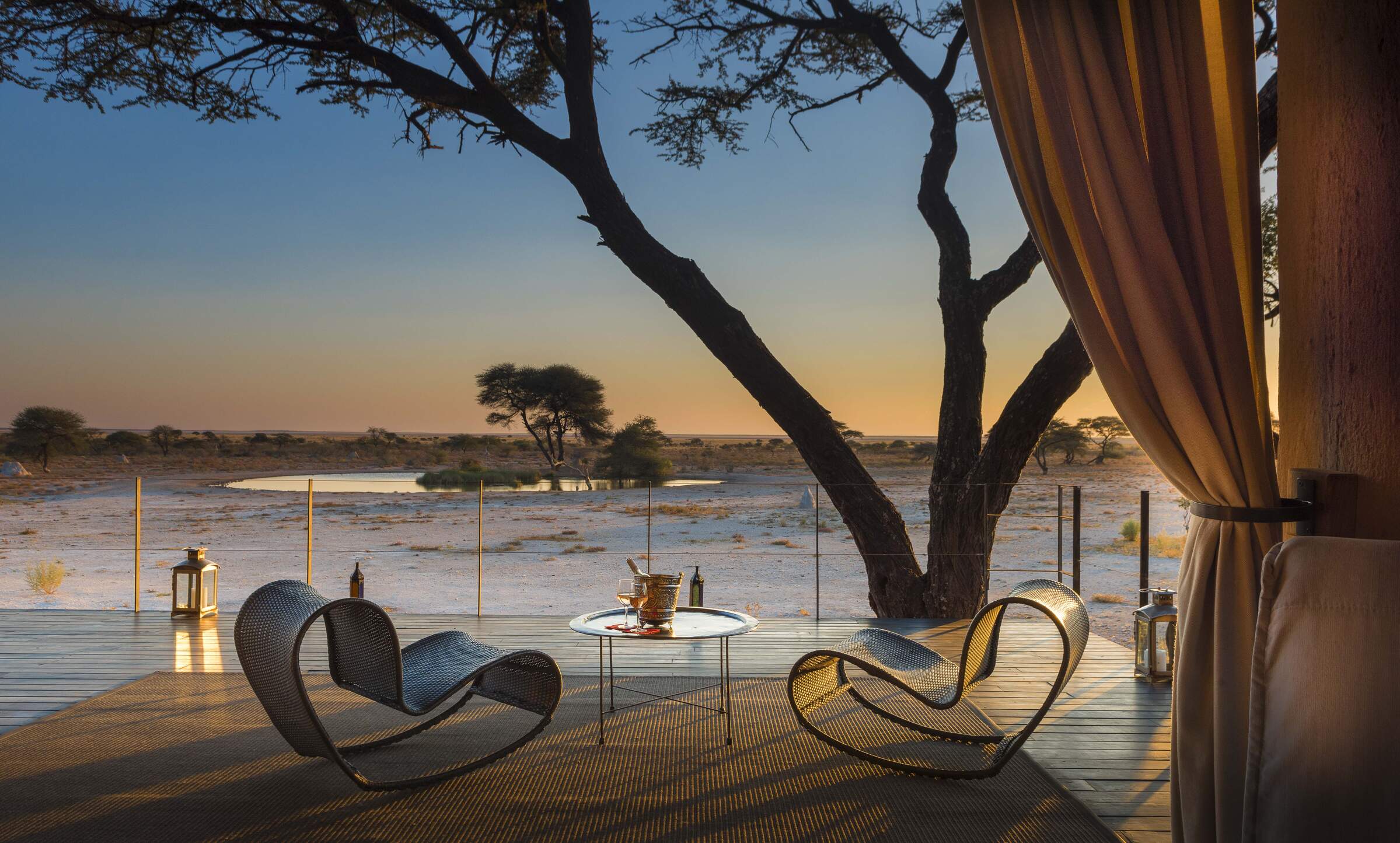 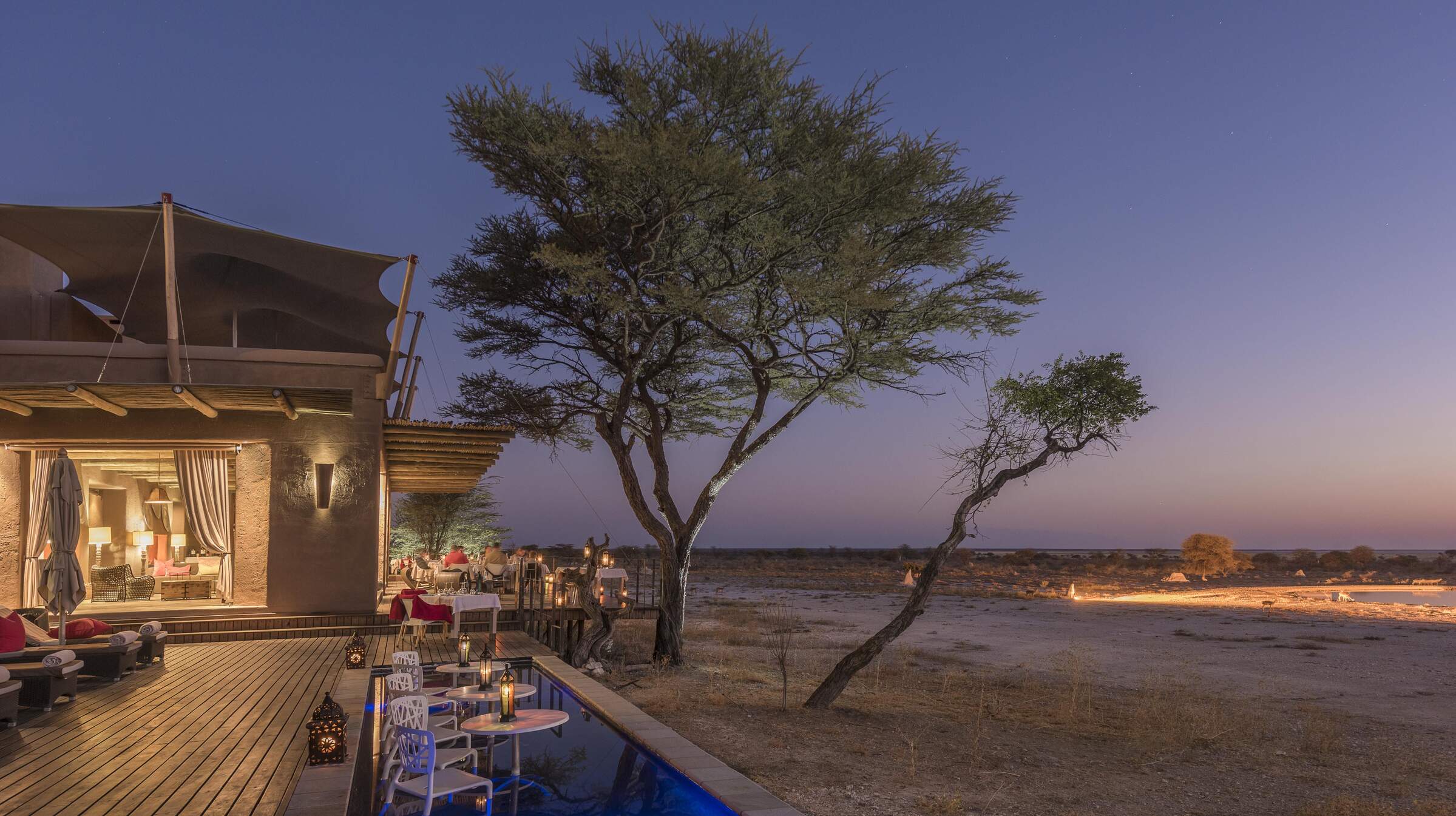 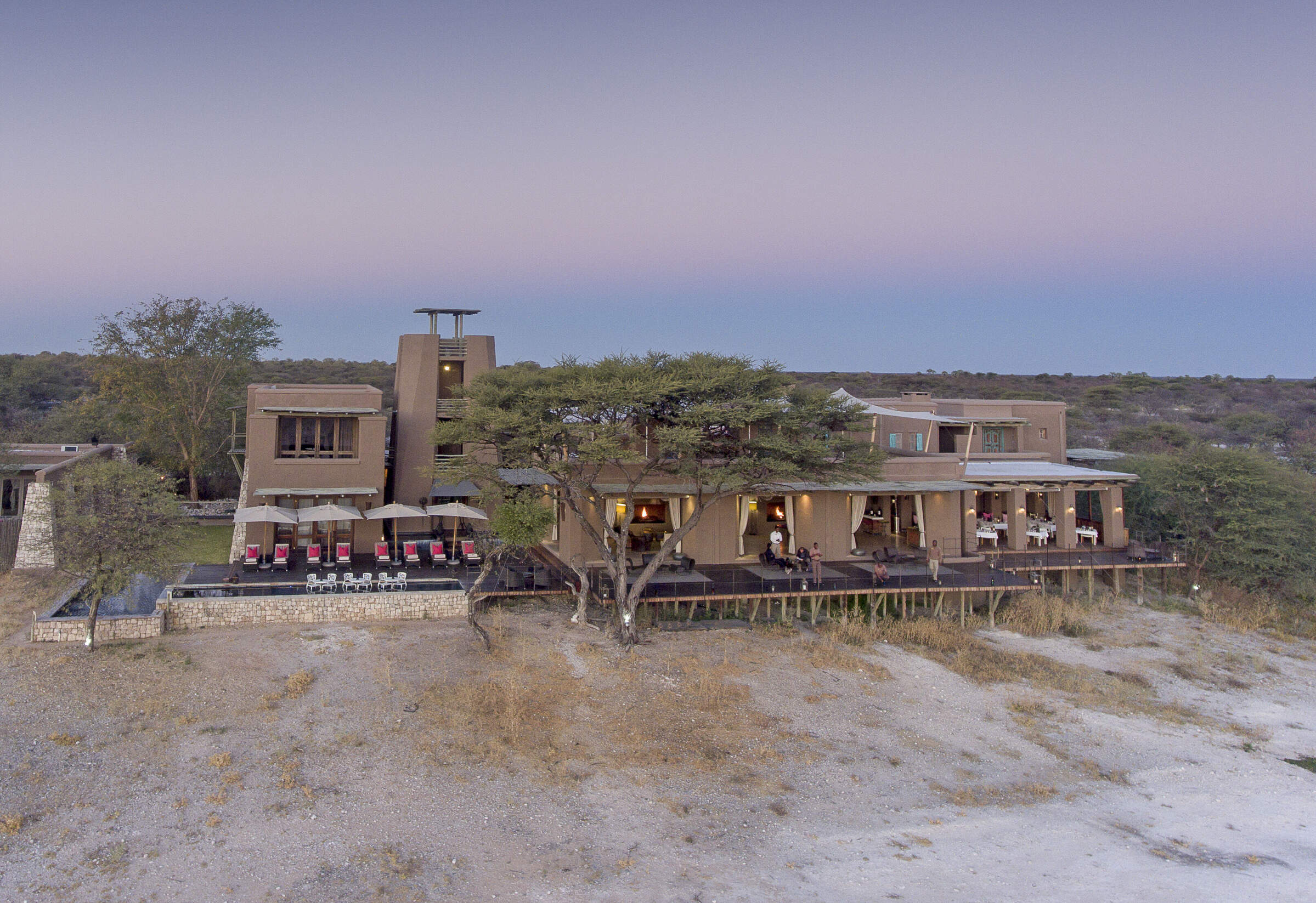 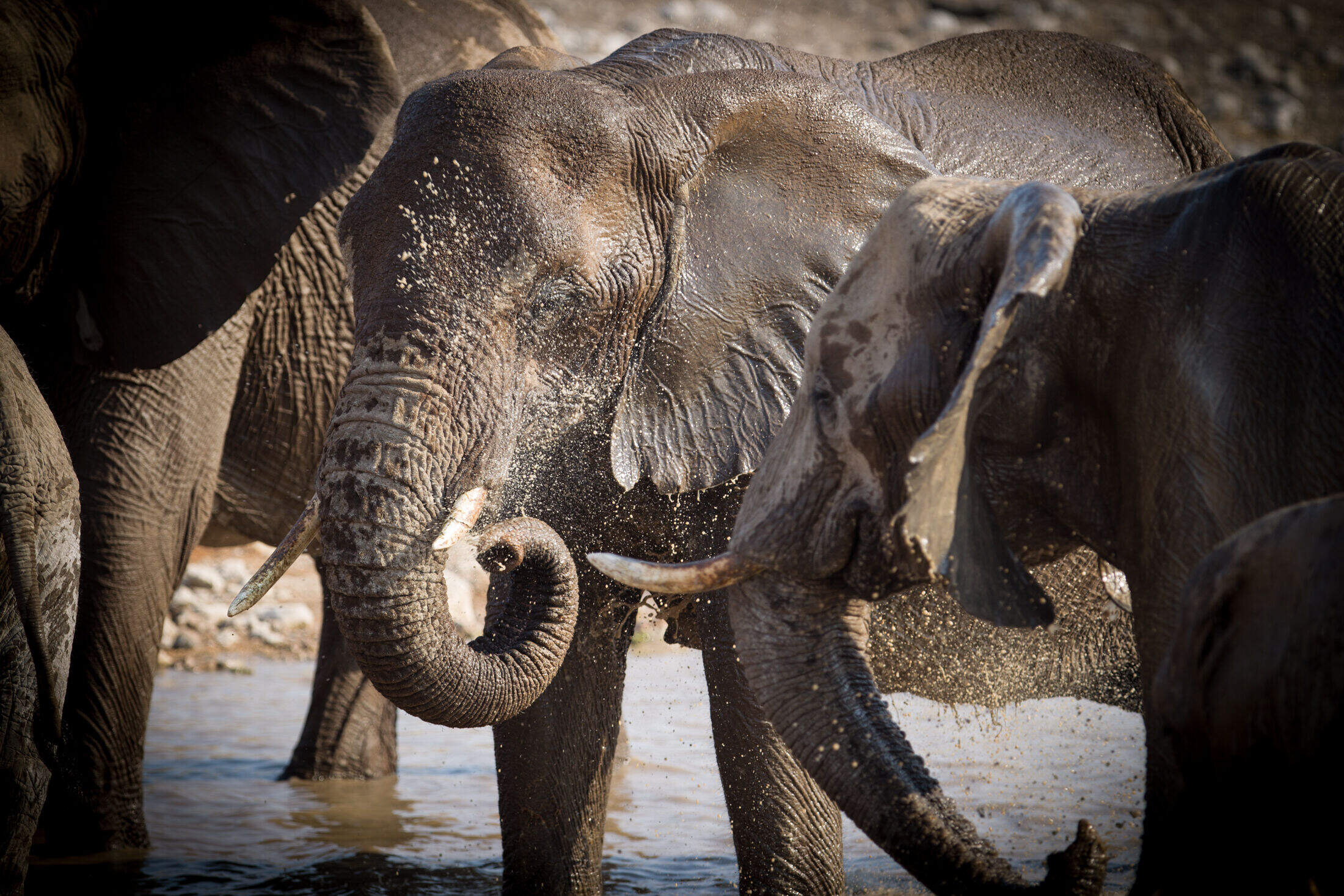 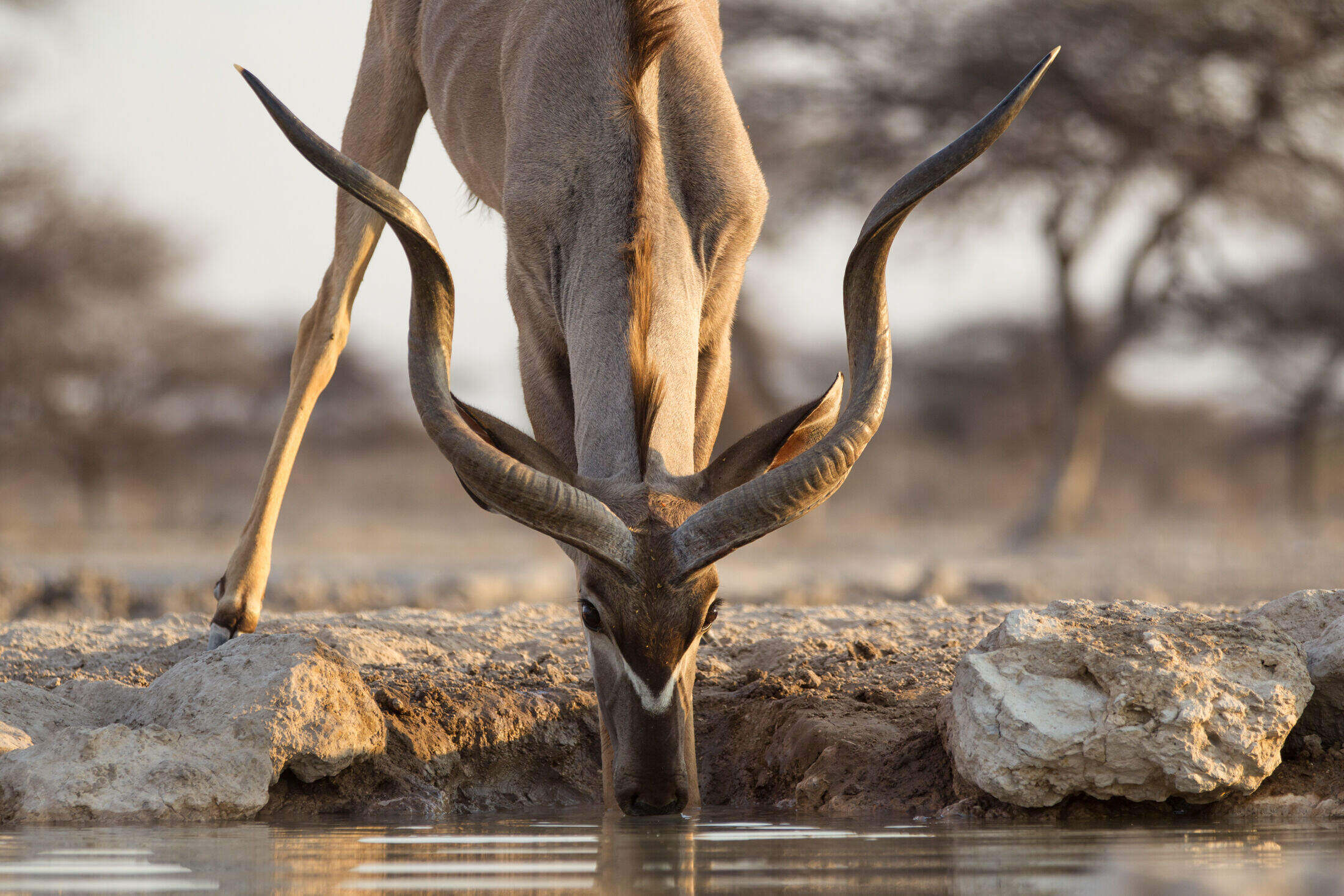 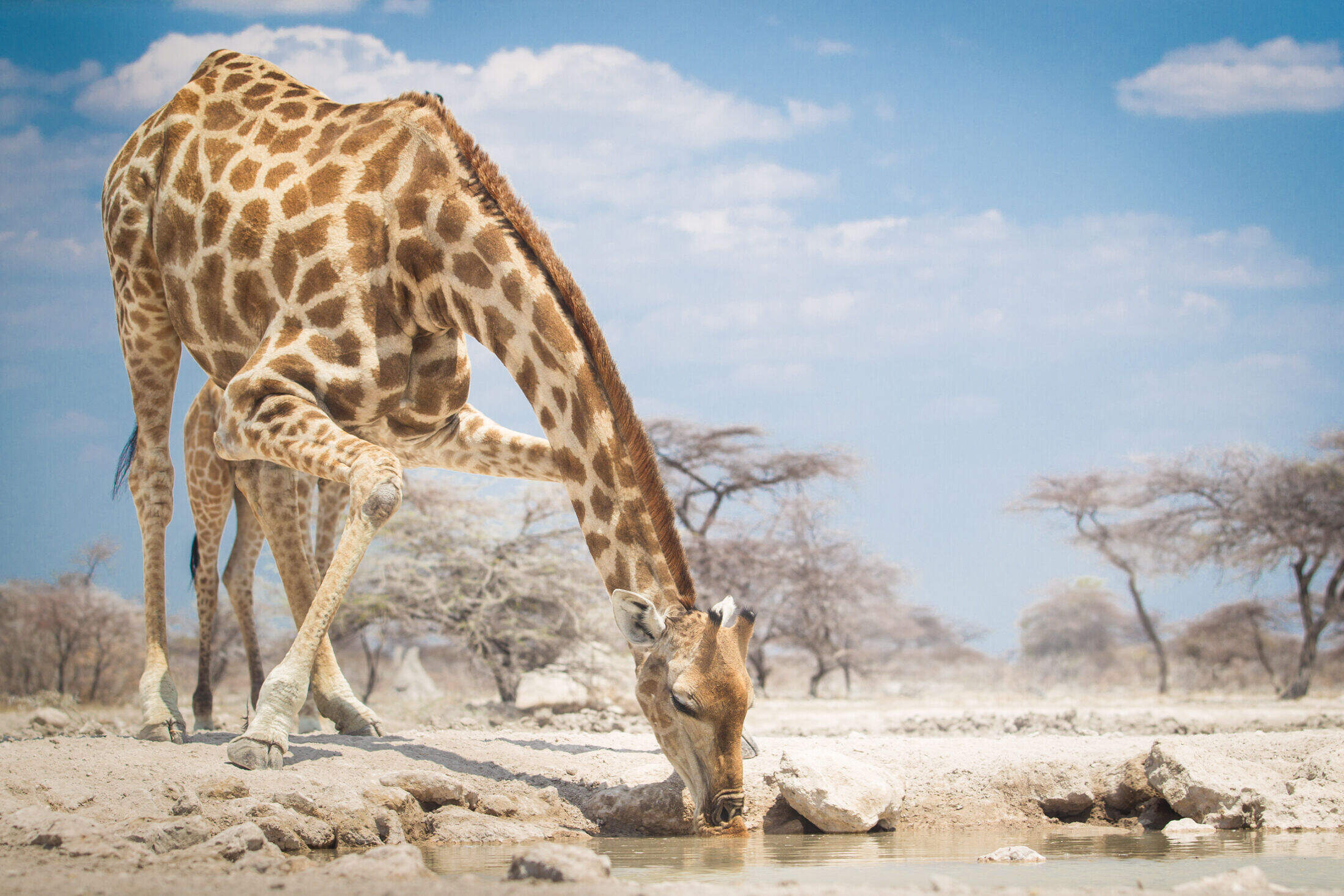 Reviews of Onguma The Fort

36 independent comments and wildlife information from our travellers who have visited Onguma The Fort and kindly agreed to share their thoughts. They do not necessarily represent the views of Expert Africa

2 nights Arrived 29 Oct 2020
"This is a great lodge. The rooms are lovely and incredibly comfortable and ours (room 1 – the closest to the main area – overlooked the waterhole). They provide a free stocked minibar, and also art supplies and a yoga mat and skipping rope (we only used the minibar!). The rooms have a large outside deck area with sunloungers. There is also air-conditioning and a good shower. The food was excellent.

The lodge is well located, very close to the Etosha main gate, and there is wildlife within the Onguma reserve (we had a giraffe and a cheetah come to drink at the lodge waterhole while we were having dinner). However, there were a couple of little niggles which would have irritated me had we been paying full price (we were upgrade from Onguma Treeptop Camp following fire damage). Our minibar wasn’t restocked after the first day, and we had to ask for it to be done.

Also, I can’t have caffeine which means I can’t eat chocolate. The lodge were informed of this in advance and I reconfirmed it when we checked in. However, dessert on the second night was chocolate mousse, so I asked for an alternative and was presented with a bowl of fruit salad with chocolate ice cream on top! We pointed this out to the waiter who apologised, but didn’t seem to do anything about it as 20 minutes later we had to ask for another alternative to be brought out. Luckily for me, if I eat chocolate it just means I don’t sleep (it was too dark to tell it was chocolate until I tasted it), but if it had been a severe allergy it could have gone badly wrong.

The other thing is that if you are coming from the National Park and not from the direction of the main road, there is no sign for the lodge, and if you are relying on Google maps, it doesn’t know where the entry point to the Onguma reserve is. We ended up driving around for an hour in the dark trying to find it before retracing our steps and finding the sign when coming from the direction of the main road. We should have read Expert Africa's instructions the previous day!!!

We didn’t do any of the lodge activities so can’t comment on those.

We found that there was less wildlife in the eastern part of Etosha than we were expecting. We had previously been told by a number of people that this was the most wildlife-dense part of the park. There were plenty of herbivores, and occasional solitary elephants, but no rhinos or large groups of elephants, and apart from spotted hyenas the only predators we saw were one sighting of a group of three cheetahs. I’m not sure if this is usual, or is as a result of the recent fires, or a result of fewer cars driving around due to Covid so fewer pairs of eyes to spot things." See all these reviews: 18n in Namibia
Experience Report
Overall Rating:
Excellent
Location:
Excellent
Service:
Good
Rooms:
Excellent
Food:
Excellent
Facilities:
Excellent
Sightings Report

2 nights Arrived 20 Oct 2019
"Great accomodation in our mini fort. Plenty of, all inclusive, drinks in the mini bar plus a much appreciated welcoming carafe of port. Food was wonderful.

Thoroughly enjoyable drive from Ongave to the fort. Pandu, our excellent driver, took us through Etoshi and stopped whenever we saw something interesting.

1 night Arrived 13 Aug 2019
"When we arrive at the Moroccan fort, the servants are ready with heated white cotton cloths so we can wipe the dust off our faces and hands. As we enter through the gate, our arrival is announced on a large gong gong with two strokes.

We are welcomed with ice tea in the restaurant. From here there is a direct view of the pool. And to the watering hole where animals come and go.

We are informed when the dinner will be served, after which we will be driven to our room. It is an unfenced lodge, ie. all animals have free access to the area. It is therefore too dangerous to travel outside alone, especially at night.

As we arrive at our room it turns out to be a small mini fort! Impressive Moroccan wooden doors with beautiful carvings everywhere and very high ceilings!

The bathroom is almost a tower room. Outside our own large secluded wooden terrace with lovely sun loungers. We have free views of the bush (room 6). To the right we can see the water hole. Everything is completely secluded including an extra outdoor shower.

Our waiter points out that there is sherry ready on the glass carafe! In addition, there are other carafe and wines from all over the world. Everything is included in the price, which I dare not think about at all.

We enjoy the afternoon completely secluded on the terrace. In the evening, it's the 1001 night adventure on the fort. We sit at a beautifully decked table with a free view of the waterhole. We have our own personal servant all evening. There is "Rust en Vrede" (rest and peace) on the wine list. Our personal favorite from South Africa.

We sleep like a rock all night after a day of wonderland. Here we would like to stay more than one night, but it probably requires an agreement with the bank ...

3 nights Arrived 29 Sep 2018
"Onguma reserve has a photographic hide which can be visited by guests and for those interested in quality photography the hide can provide some excellent opportunities very close, well worth a visit or two. Many good sightings at the hide of species not listed below.

2 nights Arrived 25 Sep 2018
"Wonderful facilities with a great view of the waterhole. Excellent table service from Josiah, and the food was also excellent.

We were bombarded by flying bugs on our second evening!
A pity one has to call for a buggy in order to move to and from ones room.

The most amazing outlook and so close to Etosha.

2 nights Arrived 7 Aug 2018
"Different to our usual tented camps, which made it a great place to stay. Huge room with best outdoor shower of the trip.

Meals eaten on a large deck overlooking a waterhole and we were lucky to see three cheetah coming for a drink. There were patio heaters when it was cold.

"Stunning stay at The Fort"

2 nights Arrived 3 Aug 2018
"Beautiful place to stay - the highlight of our trip.

2 nights Arrived 11 Jul 2018
"The accommodations here were uber-luxe. And the food was so so delicious - probably the best of our entire Namibia trip!

The game viewing was good, perhaps not as good as at Ongava, but one can't predict where the animals will be on any given day & our guide & jeep-mates were so fun that it didn't even matter!