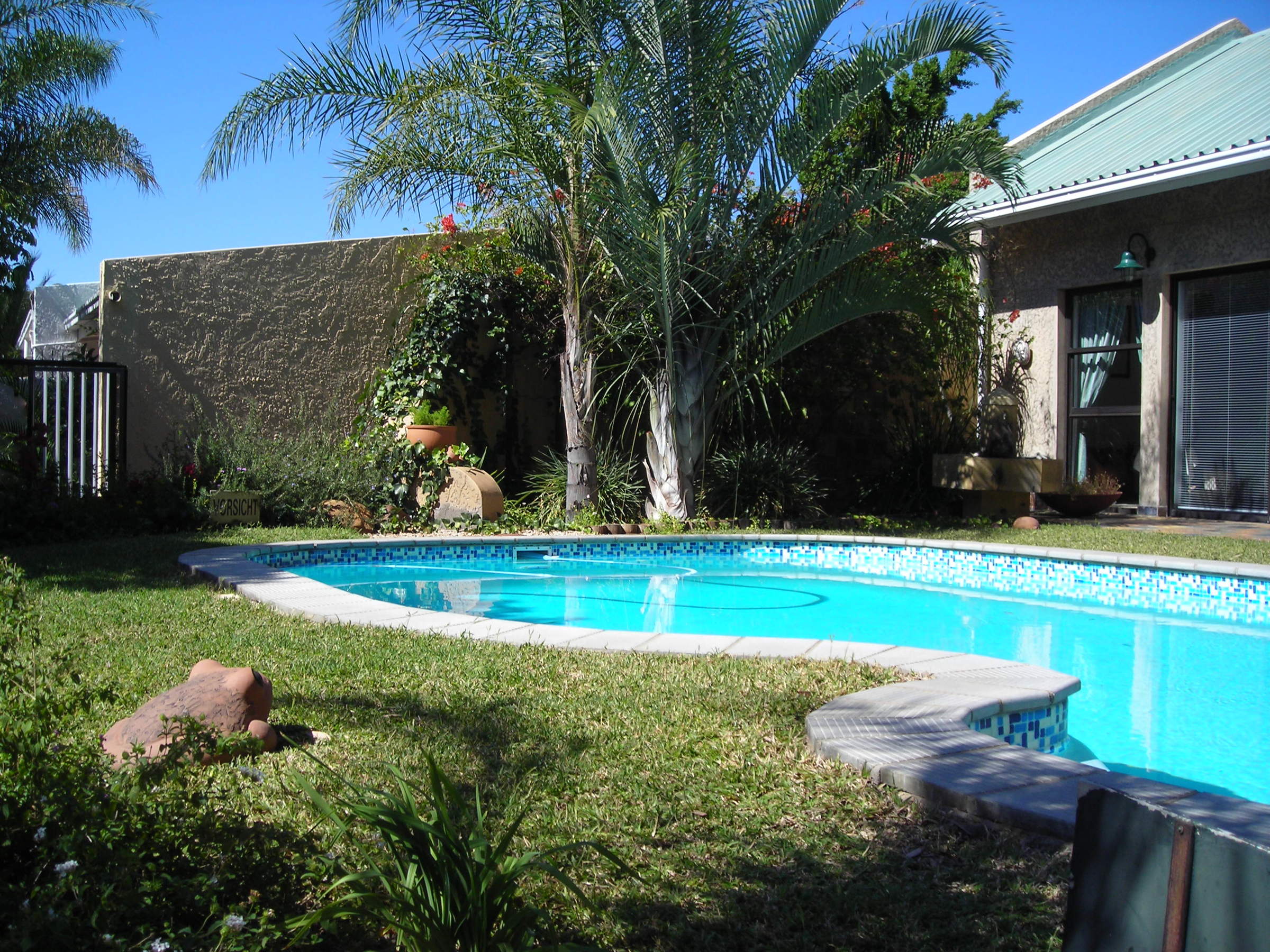 102 independent comments and wildlife information from our travellers who have visited Haus Sonneneck and kindly agreed to share their thoughts. They do not necessarily represent the views of Expert Africa

1 night Arrived 24 Jul 2011
"Ideal for us as stopover for first and last nights of trip.

Not too far from centre of Windhoek, great having Pick n' Pay supermarket and petrol station (open every day) just down the road and best of all only a few minutes away from Joe's Beerhouse for amazing food" See all these reviews: 19n in Namibia
Experience Report
Overall Rating:
Excellent
Location:
Excellent
Service:
Good
Rooms:
Good
Food:
Good
Mr C B & family
UK

1 night Arrived 9 Jul 2011
"Due to our early departure from Sossusvlei we rang and booked an extra night in Windhoek. We were N$1320 for a bedroom for 3 plus breakfast. As we did not know the area we agreed to this but was bitterly dissappointed. (We compared the price with the new Hilton Hotel that had opened and they were offering a room with 3 beds and breakfast for N$1000 - unfortunately we were already committed !)

The room was clean - albeit sterile - and even though we had booked - they had not bothered to turn on the hot water cylinder so we were without hot water for at least 4-5 hours. The rooms had a TV and offered coffee / tea sachets - but no kettle. There was however a coffee perculator - but no coffee grounds - so we had to heat the water through the perculator and then make instant coffee.

As we were the only people there we were also asked to have breakfast at a time that suited them - not us. We were happy to oblige on the first morning but then the next morning we had an early flight and asked for a 6.30am breakfast. Our request was not met with a smile and we were told we could have breakfast but it would be a cold one (albeit we had paid for a full breakfast)." See all these reviews: 20n in Namibia; 5n in Mozambique; 4n in Zimbabwe; 2n in South Africa; 2n in Botswana
Experience Report
Overall Rating:
Poor
Location:
Average
Service:
Average
Rooms:
Average
Food:
Average
Mrs T Mrs N
UK

1 night Arrived 30 Apr 2011
"The only problem is the location. It is a little way from anywhere to eat and due to a late take off from London causing us to miss our connecting flight to Windhoek, it was 7:30pm in the evening by the time we found Hus Sonnneneck. We had been up for 30 hours, had difficulty finding it and really only wanted to collapse in a heap not go out to find a restaurant.

However we were made very welcome and provided with a very large plate of cheese sandwiches, accompanied by a glass of wine so we survived!! I can see that the close proximity of Haus Sonneneck to the B1 and start of our journey the following day was probably the reason it was chosen." See all these reviews: 14n in Namibia; 2n in Zambia
Experience Report
Overall Rating:
Good
Location:
Poor
Service:
Excellent
Rooms:
Good
Food:
Good
Mr S & Ms M
Dorking

"easy to find from airport,very comfortable"