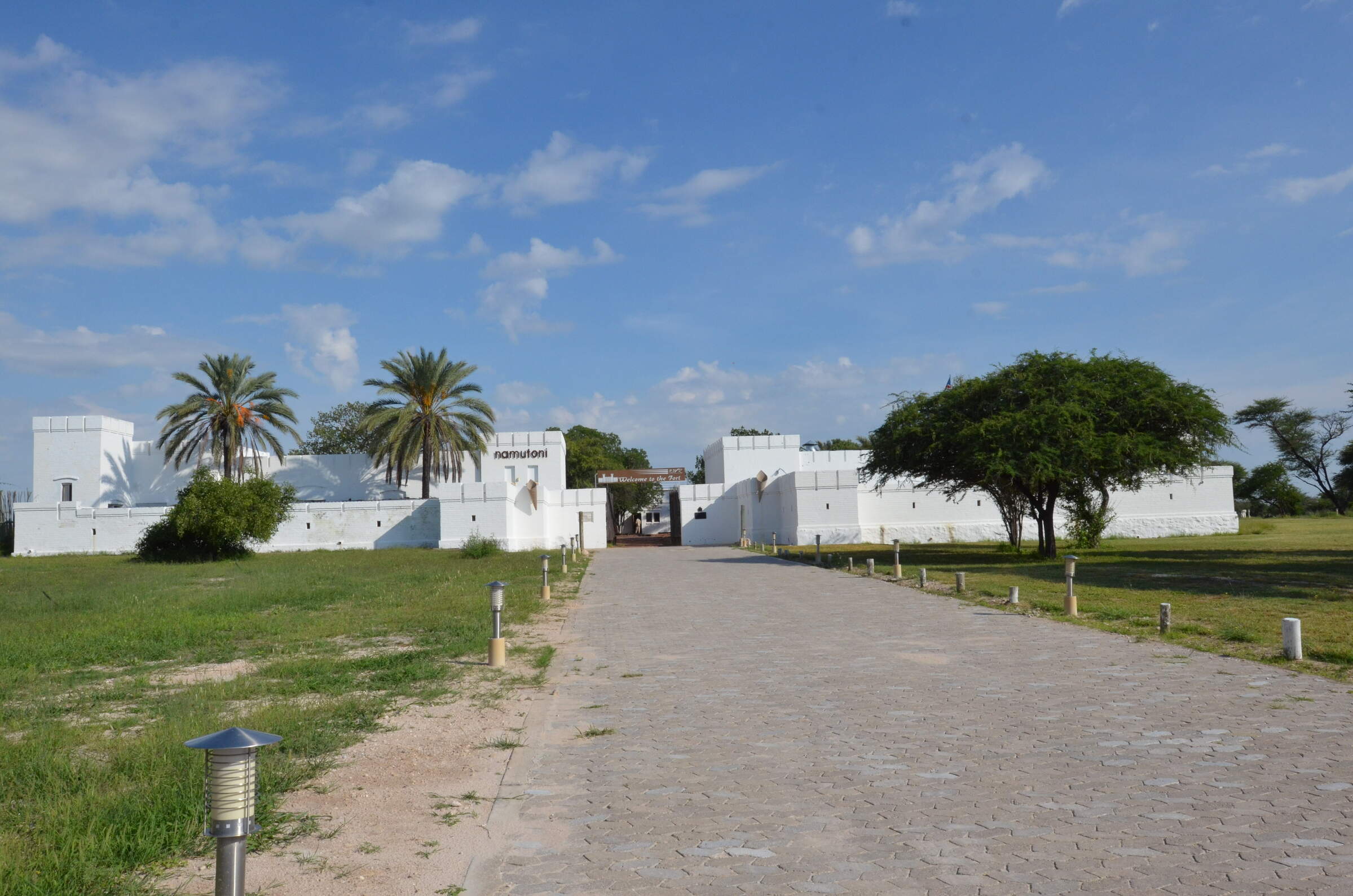 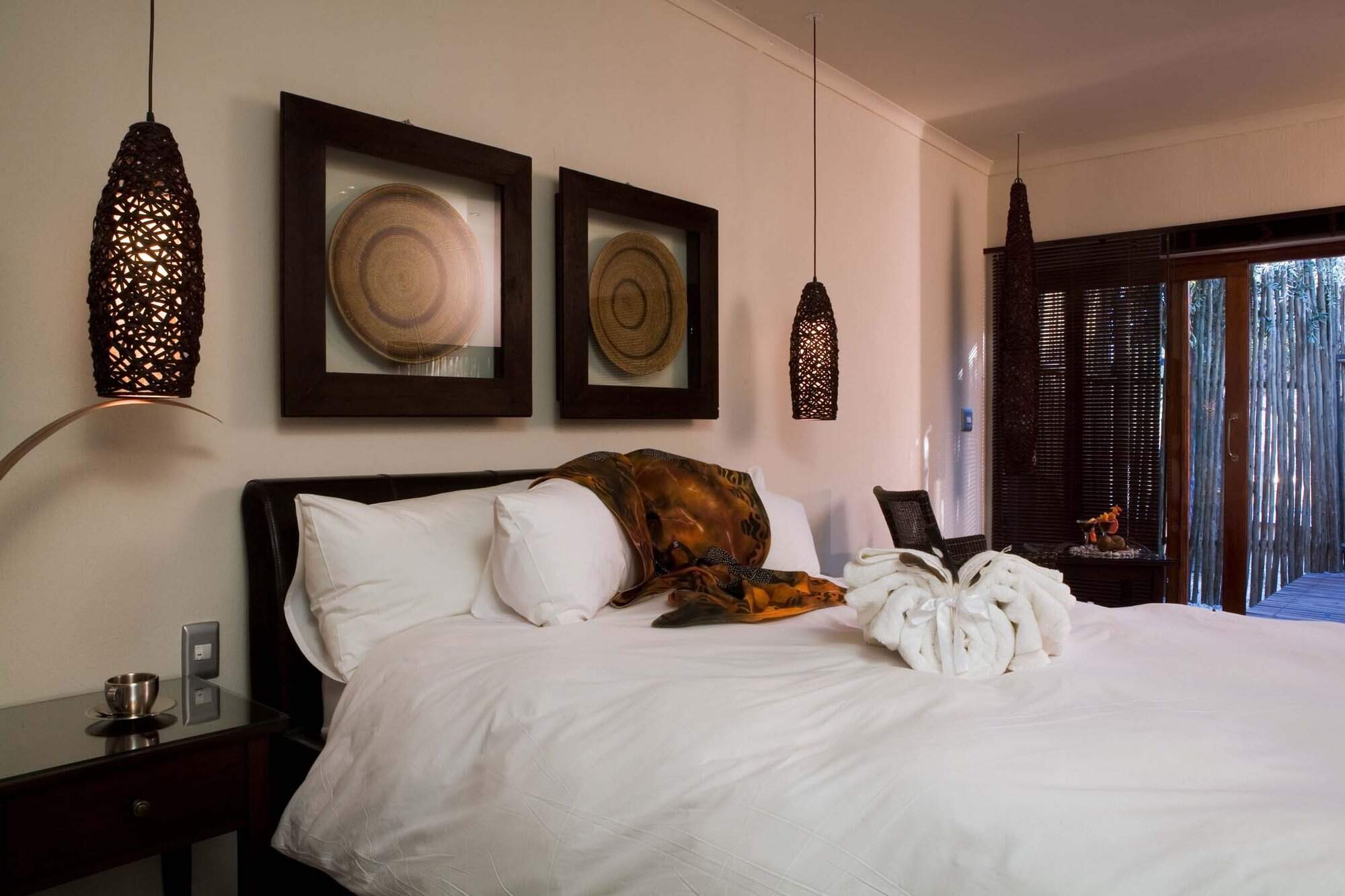 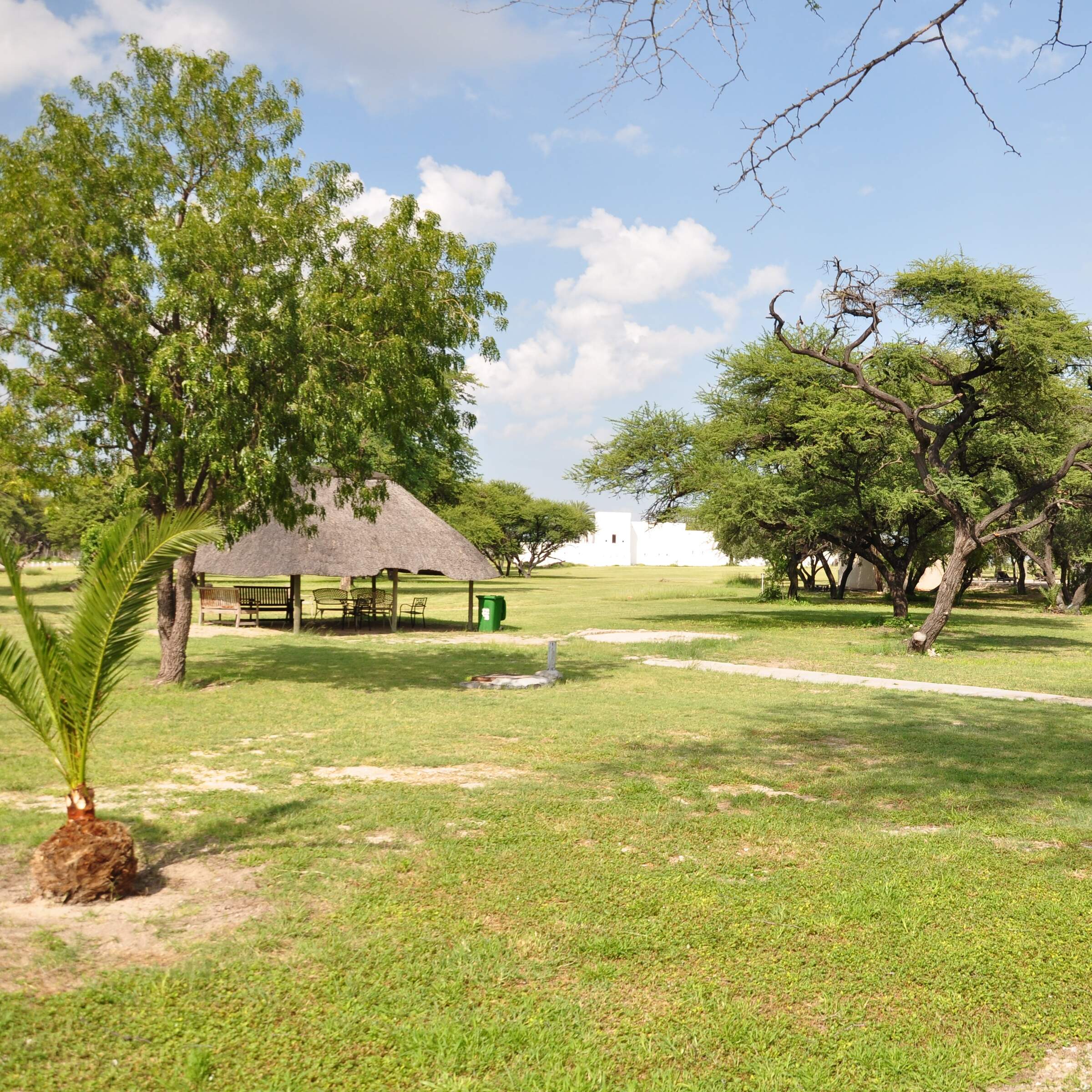 82 independent comments and wildlife information from our travellers who have visited Namutoni Camp and kindly agreed to share their thoughts. They do not necessarily represent the views of Expert Africa

"New chalets at Namutoni are excellent"

2 nights Arrived 7 Jul 2016
"The revamp of the camp has delivered good results, our bush chalet was excellent - spacious, clean, comfortable and very well equipped - even including a hair drier, sunken bath and outside shower with plenty of hot water.

The dining and bar area is very attractive and comfortable with friendly, helpful staff (our waitress Heleni was particularly friendly) and the food choice and quality was very good. The reception staff were also very helpful making contact with Bidvest when we had a puncture.

Walkways around the chalet area were well lit although getting broken where cars are driving over them. The fort tower was open and gave good views and sunset but the remainder of the viewing platform remains closed because of its condition.

2 nights Arrived 12 Jun 2015
"It would have been helpful if someone had explained to us that the restaurant had moved since our last visit as we wandered around on the dark for a while before finding it.

A geat improvement with the paths concreted so now there are no loose boards and it is much quieter walking to the waterhole which was as quiet and empty as ever.

Some good game viewing at waterholes at this end of the park - often on our own as fewer people around.

1 night Arrived 1 Sep 2013
"This open layout room was beautiful...but I really wanted a door to the toilet. I love the designer's work that does these rooms at NWR places. I liked our room but was not crazy about the hike required to go to the water hole, to reception, to eat dinner or breakfast.

The waterhole here is not as good as Okaukeujo or Halali but we managed to get what I think will be stunning elephant drinking shots at sunset. Just lucky. The waterholes seems overgrown to me. It limits what you can see.

"Close Encounter of the hyena kind"

Had a close encoun-ter with an hyena at a waterhole-we sat and watched him for maybe 30/40 minutes-we were the only people around -felt very priveledged" See all these reviews: 11n in Namibia; 5n in Botswana
Experience Report
Overall Rating:
Good
Location:
Excellent
Service:
Good
Activities:
Good
Rooms:
Excellent
Food:
Average
Facilities:
Good
Mr & Mrs B
N Hants

3 nights Arrived 17 Jun 2013
"lovely location in the east of the park. room had been upgraded and was excellent. very spacious. food ok but limited in choice as at last camp. went on a night drive which we enjoyed. shops were better than at the other two camps." See all these reviews: 20n in Namibia; 6n in Botswana
Experience Report
Overall Rating:
Excellent
Location:
Excellent
Service:
Excellent
Activities:
Good
Rooms:
Excellent
Food:
Good
Family P
New Zealand

1 night Arrived 15 May 2013
"We stayed in one of the Chalet as a rest between our camping nights. On arrival there was only was child bed even though we had booked for 2 but this was promptly resolved. The rooms themselves are a weird mix of luxury items and strange design decisions, but overall it was a pleasant stay.

2 nights Arrived 16 Dec 2012
"Still find the parking and baggage transfer a little strange but the accommodation is fine. Main disappointment is the restaurant, not much choice on an 'a la carte' arrangement in the evenings.

The ability to drive around this part of Etosha is the big plus, the pan had large numbers of flamingo and although Chudop waterhole was disappointing this time Tsumcore more than made up for it. Several hyena were sitting in the water when a huge herd of elephant appeared (over 50).Prior to this several giraffe and warthogs. Did see a couple of lion in the side track Klein Namatoni just lazing as they do." See all these reviews: 12n in Namibia
Experience Report
Overall Rating:
Good
Location:
Excellent
Service:
Good
Rooms:
Excellent
Food:
Average
Mr P, Mrs A & Mr W
UK

1 night Arrived 15 Aug 2012
"We were very surprised by how nice the accomodation at Namutoni was. The room was beautifully decorated with artworks, dark wood furniture, airconditioning, sunken bath, double basins, double showers, outside shower, fridge. It was also very quiet, with all cars being parked away from the rooms. Food was provided in the fort, a buffet, which was plentiful and interesting. Service is rather hit and miss - tables were slow to be cleared.

A negative was that there was no water in camp on our first night - so there were lots of dusty grubby people around. It returned for a short spell in the morning. The staff knew but were not telling people on check in - annoying for people who only found out when they climbed into the shower, and I witnessed a man being told he could have no refund or compensation.

There weren't many animals at the waterhole, but so much to be seen outside the camp.

2 nights Arrived 3 May 2012
"The rooms are light and spacious, with their own terrace and whilst it doesnt have the same variety of game as at Okakuejo, the lodge's location in an old German fort makes up for it." See all these reviews: 13n in Namibia
Experience Report
Overall Rating:
Excellent
Location:
Good
Service:
Good
Rooms:
Excellent
Food:
Good
Facilities:
Excellent
Showing 21-30 of 82
1...234...9
Previous Next
82%
82 reviews of Namutoni Camp by travellers since August 2007
Overall rating by our travellers
28
39
12
3
0
Filter by month