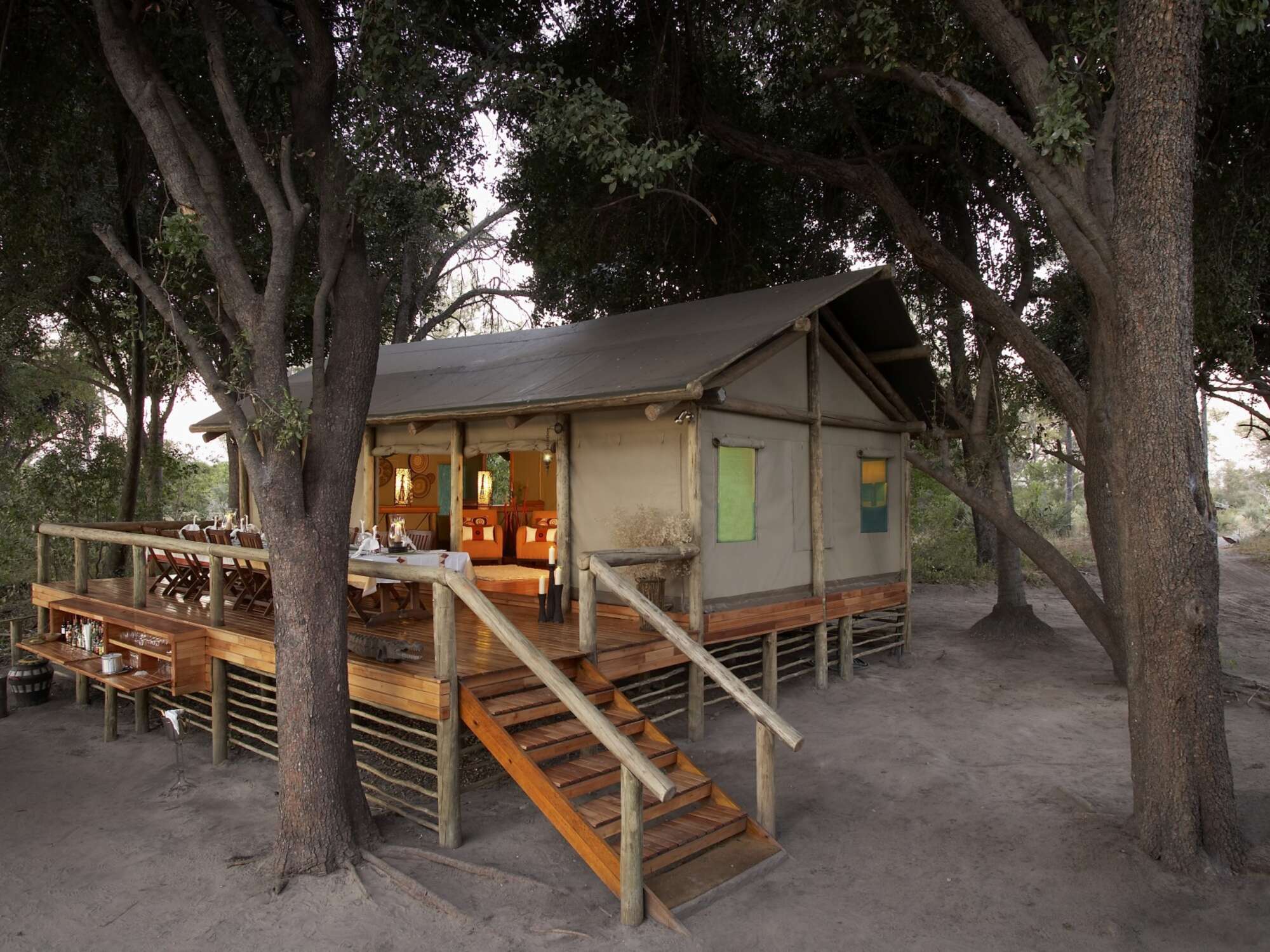 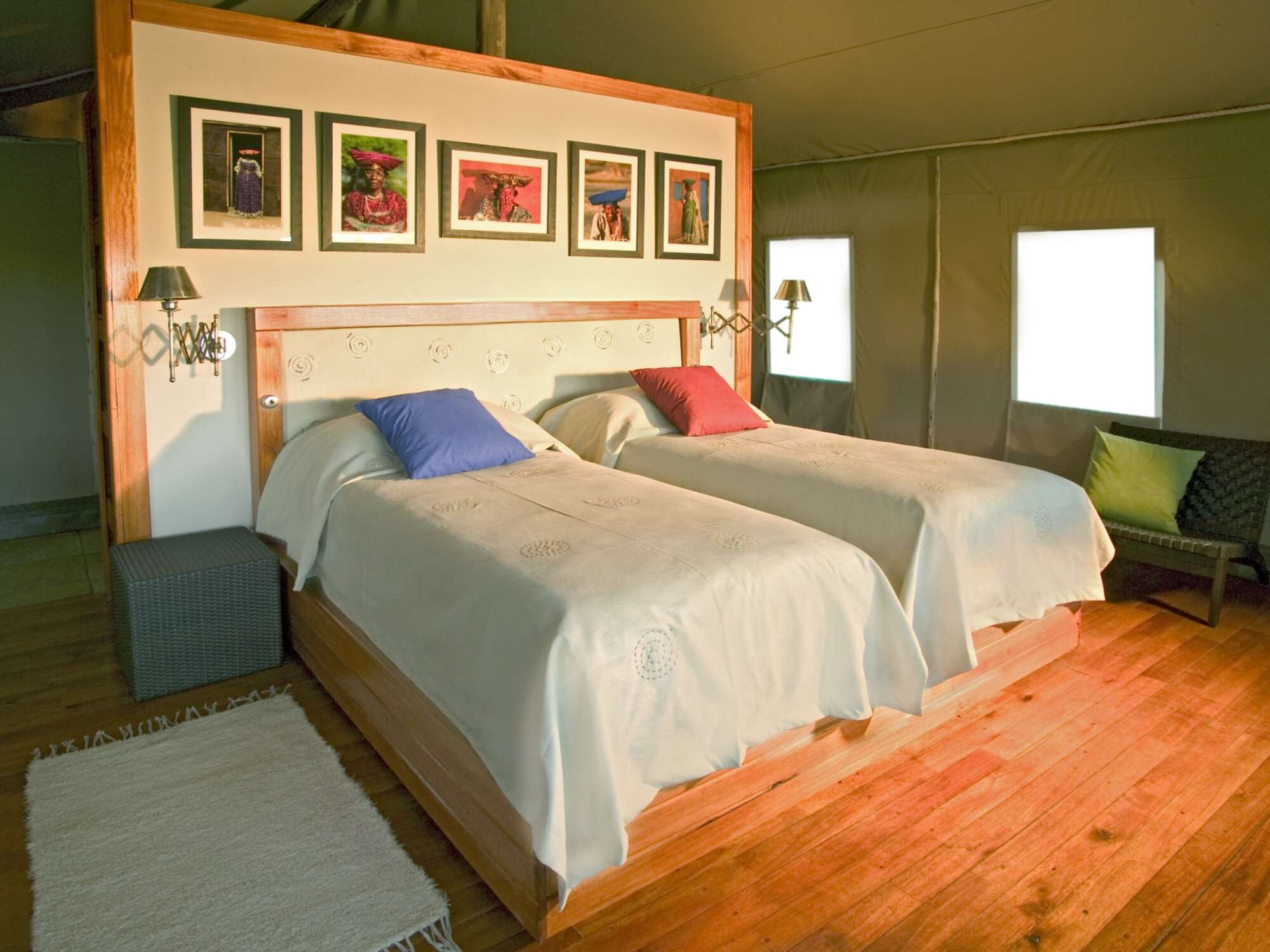 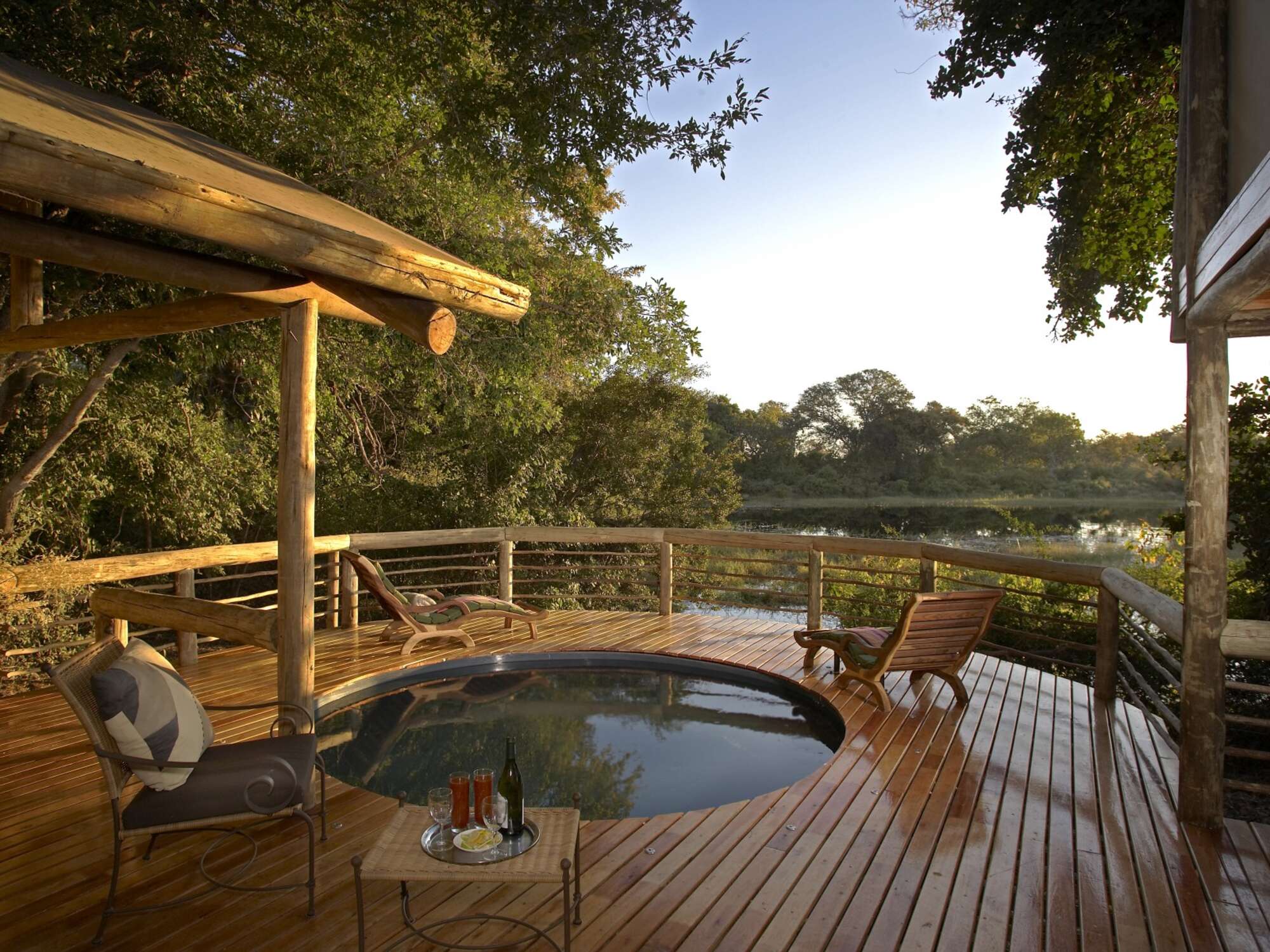 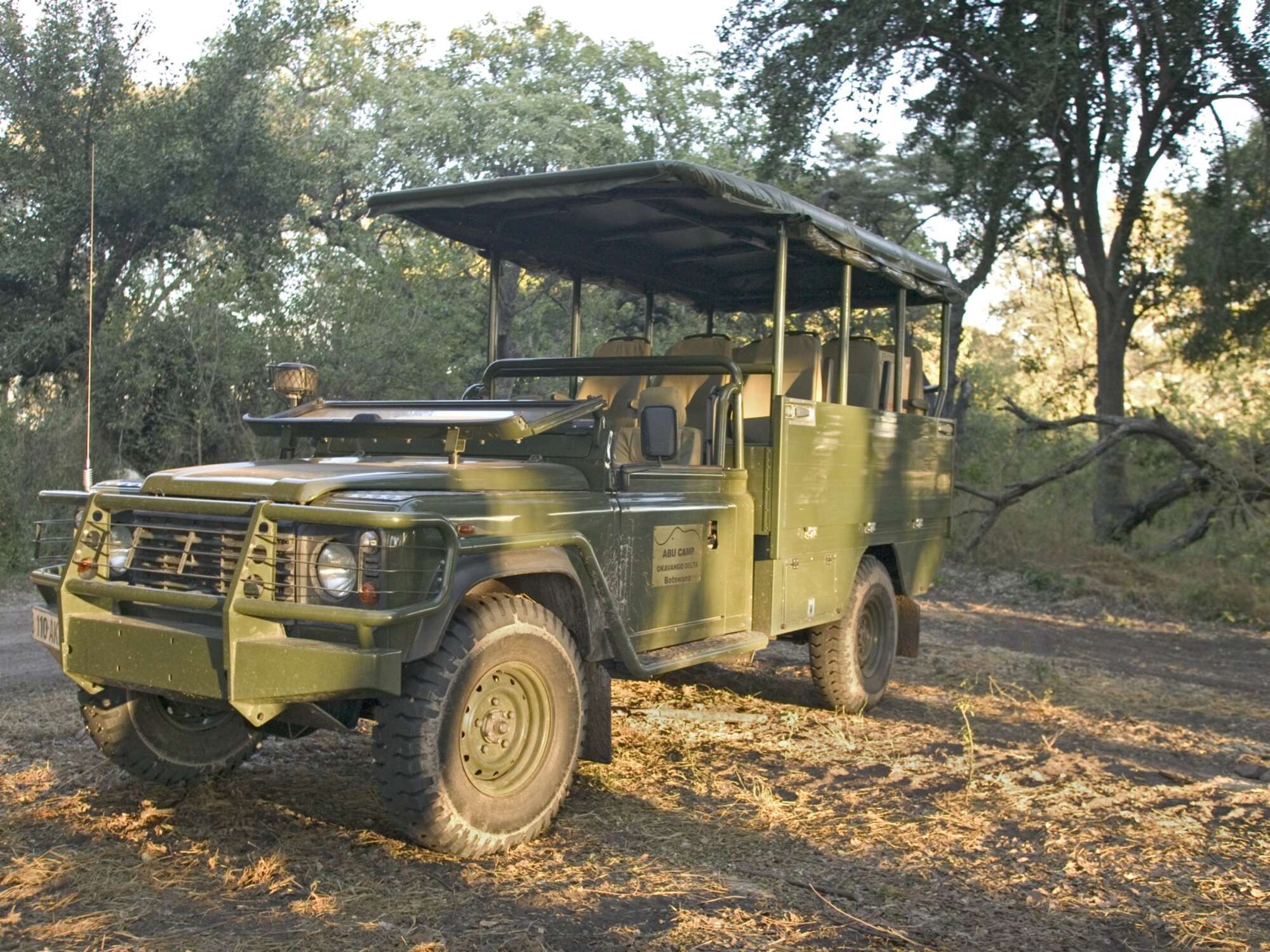 6 independent comments and wildlife information from our travellers who have visited Seba Camp and kindly agreed to share their thoughts. They do not necessarily represent the views of Expert Africa

2 nights Arrived 4 Aug 2018
"We particularly enjoyed the 'riverside' setting. Obviously the elephants did was well as they were outside our tent to greet us on arrival. Likewise two elderly buffalo were frequent visitors lulling us to sleep as they munched away at their dinner.

The many staff here were always very welcoming, obliging and most attentive. Sometimes though it was just a little off-putting to be watched by so many when selecting one's food and eating and then having one's plate whisked away so promptly. I guess the staff are just eager to please.

The moroko experience was very peaceful and a very enjoyable 'african river massage' and it was a delightful surprise to have the sundowner waiting for us on the 'river' bank.

Our guides were enthusiastic and knowledgeable and seemed to enjoy the hunt for animals as much as we did. Sometimes the guides need to be mindful that passengers can't hear when the vehicle is moving if they are not in the row behind the driver." See all these reviews: 17n in Namibia; 4n in Botswana; 3n in Zambia; 1n in South Africa
Experience Report
Overall Rating:
Excellent
Location:
Excellent
Service:
Good
Activities:
Excellent
Rooms:
Excellent
Food:
Excellent
Facilities:
Excellent
Sightings Report

"Luxury by the water"

"A luxurious haven amongst the elephants"

3 nights Arrived 8 Apr 2011
"This camp (the junior partner to the celebrated Abu elephant safari camp) may not be particularly well endowed with game according to some guidebooks, but we were very happy with our 3 days here. The accommodation is extremely luxurious, certainly when compared to the much more basic experience found at Footsteps.

The family tent is frankly palatial, with full hot and cold running water and showers in each "wing"'s ensuite bathrooms (the kids side actually havinga full-sized bath as well!). The interlinking corridor was also a fully stocked playroom (putting ours at home to shame) and the kids' twin had a mezzanine "chill-out" space as well. Think more 5-star hotel, rather than Tentrek.

Outside, the huge deck, with its own small plunge-pool, looked out over the scenic lagoon (although we missed the nightly, "in-your-face" hippo activity that was such a highlight at Footsteps). In fact,because we were the only guests, we spent most of our mid-day siestas at the camp's main swimming pool which was of a good size and very clean and welcoming.

Our two guides, Joseph and Bioshi, made a perfect combination with the South African's eloquent patter and friendly sense of humour "are you ready for the 4 hour drive to the camp?" contrasting with "elephant"'s silent, winning smile and eagle eyes. Close to the camp, most of the game spotting was at the 2 airstrips (one now abandoned), where we saw elephant, antelope, zebra, gyraffe, hyena and several cheetah tracks. But the main viwing area was only accessible by a 40 minute speedboat ride through the reed swamps (a mecca for birders) and a fantastic experience in its own right.

Unfortunately, the terrain at the other end has been affected by a recent bush fire which has clearly reduced the game levels. Nevertheless, on our last full day, a call on the radio alerted Joseph to a recent Cheetah sighting at the farthest corner of the concession and he immediately dropped all other plans to join the hunt. Diligent tracking by both guides then took us to the unforgetable scene of a fresh kill 5 yards of the track by a pair of beautiful cheetahs.

3 nights Arrived 25 May 2009
"The camp was not officially open. It had been closed for 4-5 months for renovations and expansion.

The end of May was not a good time of the year to be there - the water was too high making it difficult to view the game." See all these reviews: 6n in Botswana; 2n in Zambia
Experience Report
Overall Rating:
Poor
Location:
Average
Service:
Average
Activities:
Average
Rooms:
Good
Food:
Good
Facilities:
Good
Ms S
New York

2 nights Arrived 10 Aug 2008
"A wonderful, small cosy family lodge. Heather and Chris made one feel really welcome. It was like staying in their house. No detail was too much. Although I stayed in more luxurious camps, I really enjoyed myself here.

The rooms were very comfortable and cosy, the food excellent, and the guests were all able to become friends around the intimate fire pit. We had excellent game viewing and a couple of adrenaline rush experiences. The guide was very good and interesting (name began with S)." See all these reviews: 9n in Botswana
Experience Report
Overall Rating:
Excellent
Location:
Good
Service:
Excellent
Activities:
Excellent
Rooms:
Good
Food:
Excellent
Facilities:
Excellent
Cape buntings
UK

2 nights Arrived 5 Jul 2008
"A beautiful camp with the best food of all the camps. Cliff's favourite terrain, mainly because it is so exciting driving through water so deep the engine needs a snorkel. Joseph was another first class guide who simply would not give up tracking until he had found that lion!

It was fascinating to see the processes he used to narrow down the search, even if we had to drive over a dead buffalo. We both like birdwatching and this was a particularly good area, especially as the dense vegetation meant clear sightings of larger animals could be difficult.

A real highlight was meeting Graham and Stacey, the researchers into elephant communication. They were young, enthusiastic and generous with their time." See all these reviews: 11n in Botswana; 3n in Zambia
Experience Report
Overall Rating:
Excellent
Location:
Excellent
Service:
Excellent
Activities:
Good
Rooms:
Good
Food:
Excellent
Facilities:
Good
Showing 1-6 of 6
90%
6 reviews of Seba Camp by travellers since August 2007
Overall rating by our travellers
5
0
0
1
0
Filter by month