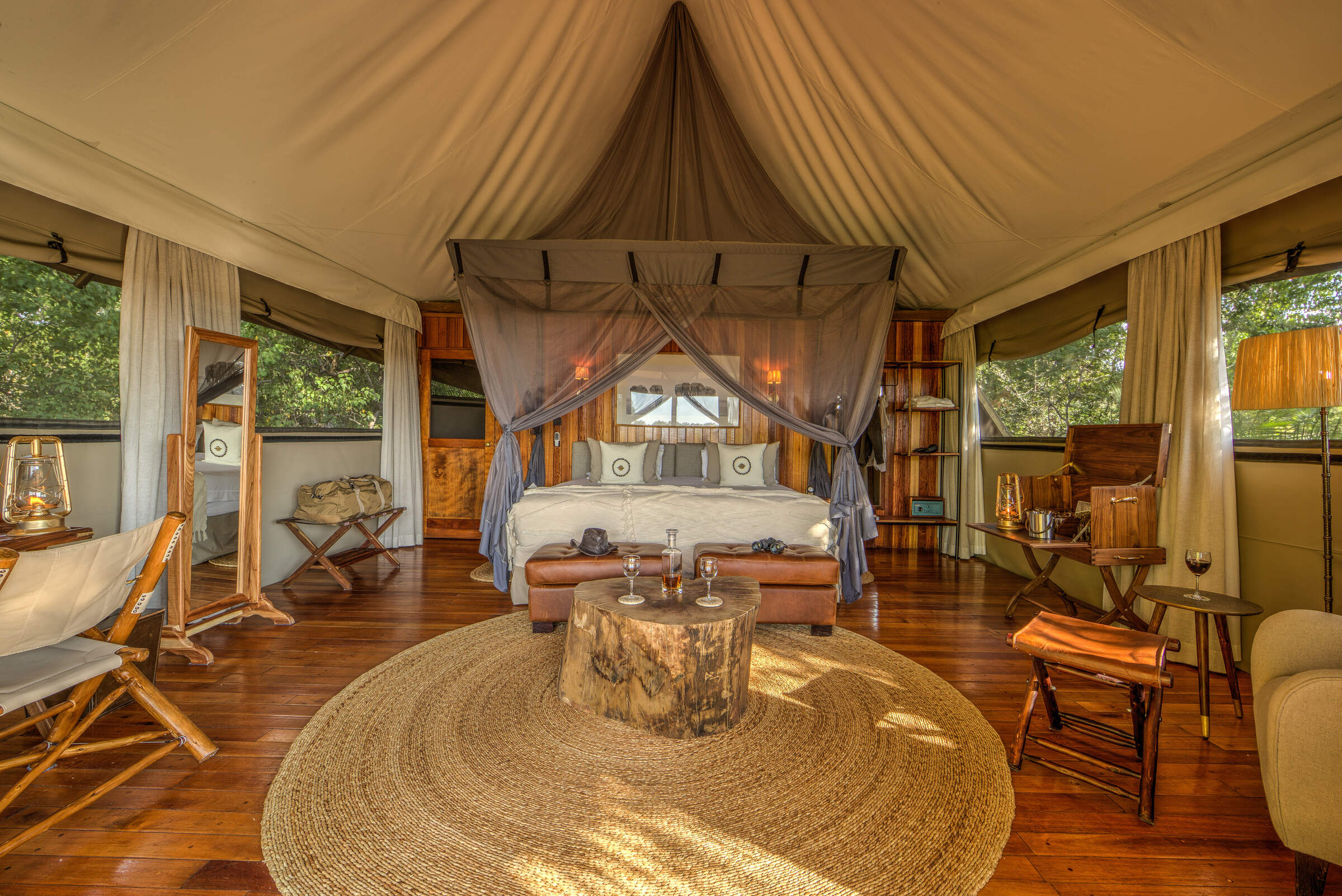 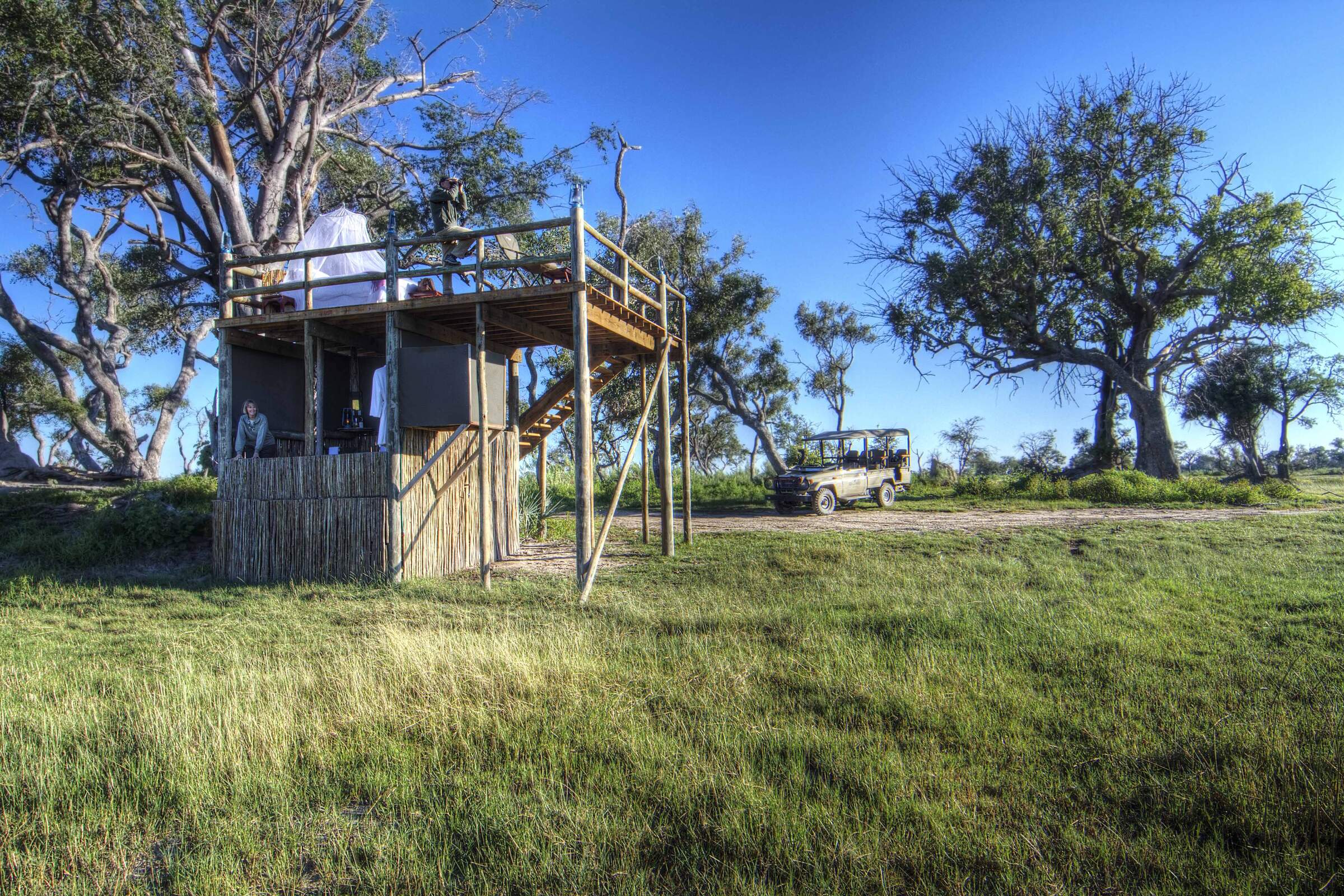 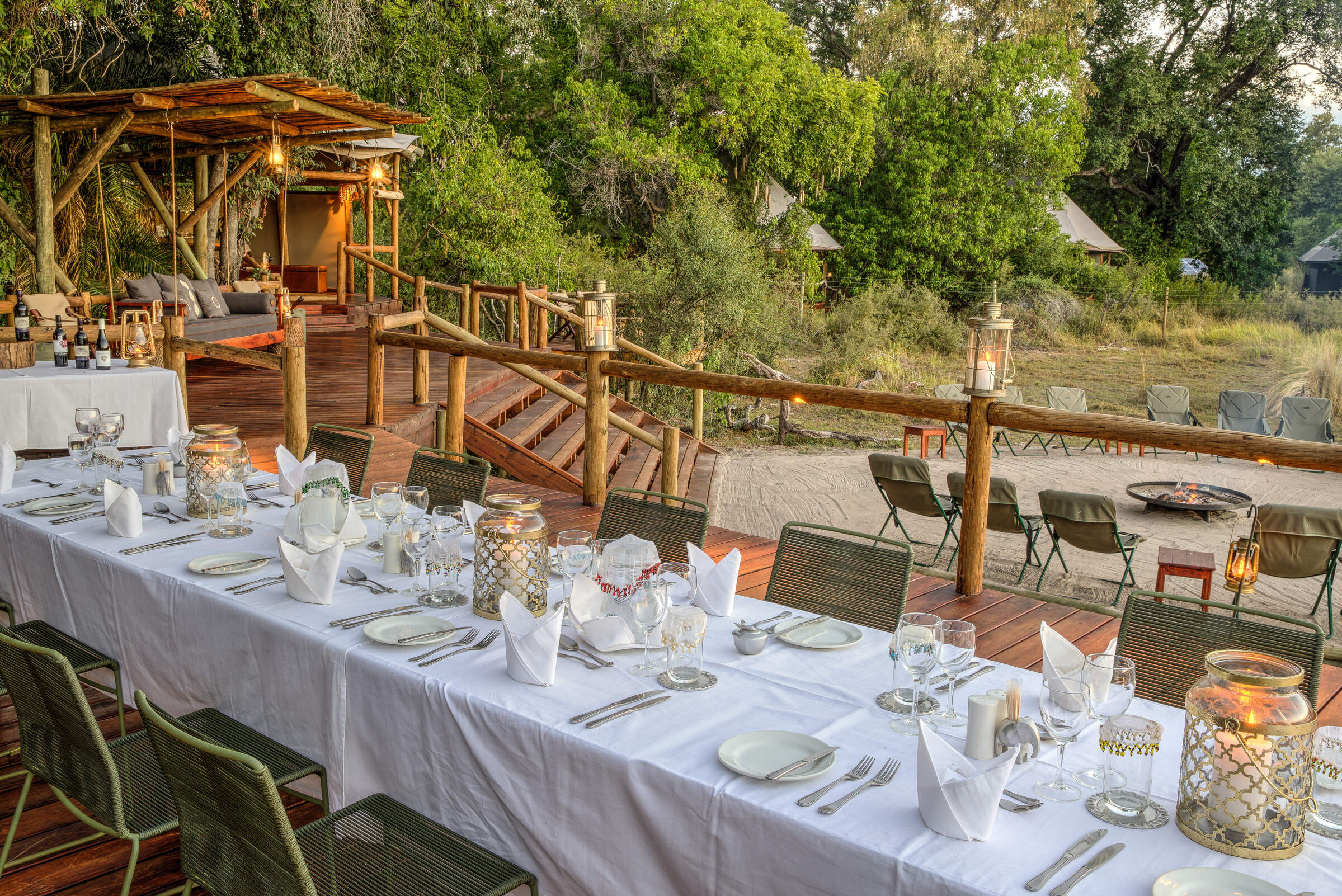 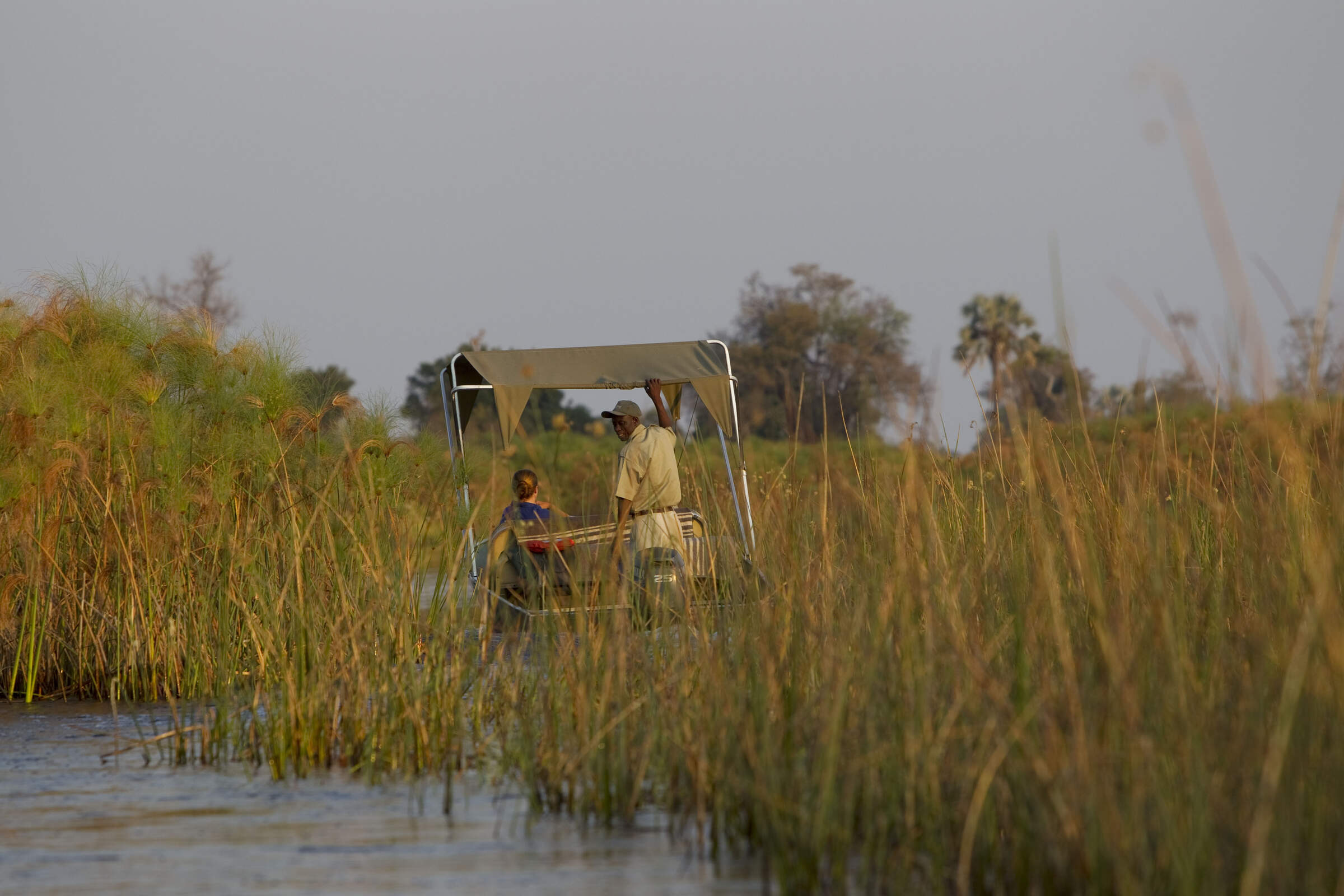 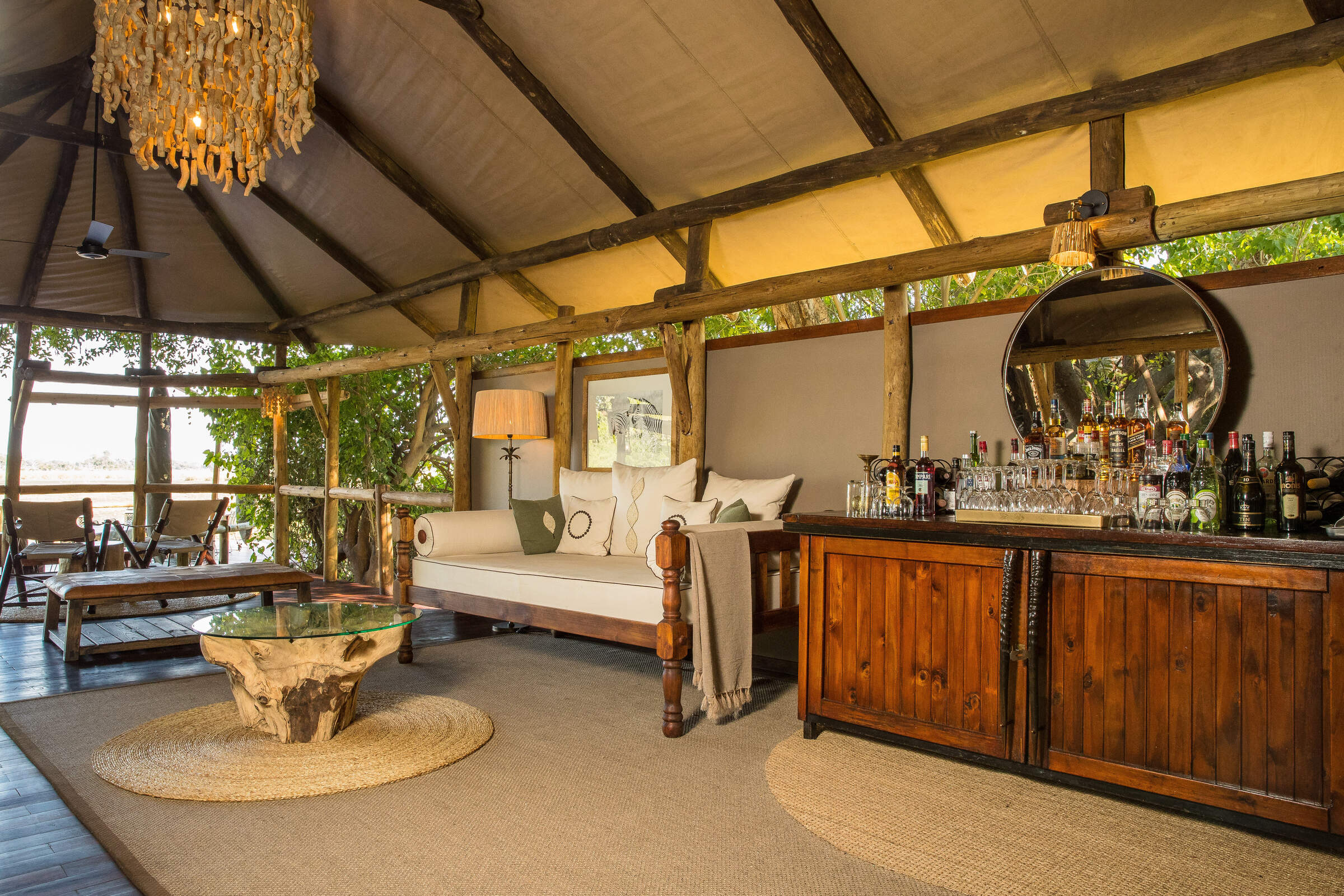 66 independent comments and wildlife information from our travellers who have visited Kanana and kindly agreed to share their thoughts. They do not necessarily represent the views of Expert Africa

1 night Arrived 13 May 2012
"Very comfortable lodge and very friendly and hospitable staff. we appreciated some lunch being left for us when we arrived after 2pm from the Mokoro trail.

Really appreciated the taylor made feel of the activities in that the camp responded to what we wnated to do when we wanted to do it." See all these reviews: 9n in Botswana; 2n in Zambia
Experience Report
Overall Rating:
Good
Location:
Excellent
Service:
Good
Activities:
Good
Rooms:
Good
Food:
Average
Facilities:
Good
Mr & Mrs K
Bucks

Unfortunately Mrs K was very unwell here, with diarrhoea and vomiting. NOT due to malaria medication as have taken it many times before. Staff helpful with Rehydrate etc. Unwilling to accept responsibility though, which was disappointing. No apologies.

Fortunately we had a stock of powerful antidotes so only one activity missed.
Very good safaris here, with a pride of lions. Elephant in the camp was exciting.

2 nights Arrived 17 Mar 2012
"We only spent two nights at Kanana, but enjoyed our time there. The tents and central areas are lovely. Game here is not as plentiful or diverse as some other locations but we were lucky enough to see a leopard hunting on a night drive. We also saw giraffe, hippos, impala and a semi resident elephant, George.

The primary focus is on water activities. We had a fun motor boat trip through papyrus lined channels to a heronry but this wasnt the right season for most birds. We did see some marabou storks. Other interesting birds included saddle billed storks and ground crossbills.

Our guide was Kenny who was knowledgable and easy to get along with. He had a sense of humour too - tipping us off to the "Ugly 5" at the heronry. His bush walk was also interesting. He knew a fair bit about the plants and their uses (including how to use a poisonous one to feign illness and get out of school as a boy).

One problem was that our transfer flight to the next camp was booked for shortly after 10:00, which meant our mokoro trip the second morning was rather short. The manager, Murray, was upset about this but unable to remedy the matter.

Murray was an engaging host. We were the first guests of the year and greeted with sparkling wine accordingly. He's a larger than life character, and my husband in particular enjoyed staying up talking with him by the fire.

3 nights Arrived 23 Nov 2011
"When we were there, most viewings were of birds and not game. Friendly staff, not much interaction with Manager as in other camps.

4 nights Arrived 21 Nov 2011
"This was our second visit to Kanana and we requested Wago as our guide as we had him last time - his bird identification is brilliant. Sure enough Wago was there waiting for us as the plane touched down and greeted us like old friends.

There were not too many animals (Preditors) in the Kanana consession so much of the time was spent searching for rare birds. Our first game drive yielded a Pel's Fishing Owl (it has taken us three visits to see this species).

We went on a boat ride to the heronry which is always an amazing sight in November. The tent was clean and the food plentiful - but a main course choice would have been nice with not just a vegitarian option, having said this what was available could not be faulted.

3 nights Arrived 8 Nov 2011
"The chalet looked a bit tired and and the design made it impossible to get a through-flow of air, making it very hot in the afternoons.

The guide was excellent and we got very good leopard photos on our 1st drive.

The reason for making down on facilities is that two out of the three boats were out of use." See all these reviews: 8n in Namibia; 8n in Botswana; 3n in Zimbabwe
Experience Report
Overall Rating:
Excellent
Location:
Excellent
Service:
Excellent
Activities:
Excellent
Rooms:
Excellent
Food:
Good
Facilities:
Average
Mr & Mrs H
Lancs

2 nights Arrived 7 Sep 2011
"We thoroughly enjoyed our stay at Kanana. The staff looked after us very well (especially when our boat lost its propeller out on the delta.)
They ensured that we made the best use of our short time there, and that we were picked up and dropped off for our connecting flights punctually.

3 nights Arrived 2 Aug 2011
"The water/boating activities were fantastic and our guide KeKe was very good. Amos our land guide also was very good, but the lack of game was due to the floods and therefore the game drives were limited, but we saw all there was to see.

The camp itself and location was lovely, but we felt the service and food was not quite up to the standard of Okuti. The staff did not seem to have to same spirit of camaraderie as the othe two camps." See all these reviews: 9n in Botswana
Experience Report
Overall Rating:
Good
Location:
Excellent
Service:
Good
Activities:
Good
Rooms:
Excellent
Food:
Good
Facilities:
Good
Showing 41-50 of 66
1...4567
Previous Next
95%
66 reviews of Kanana by travellers since August 2007
Overall rating by our travellers
50
16
0
0
0
Filter by month