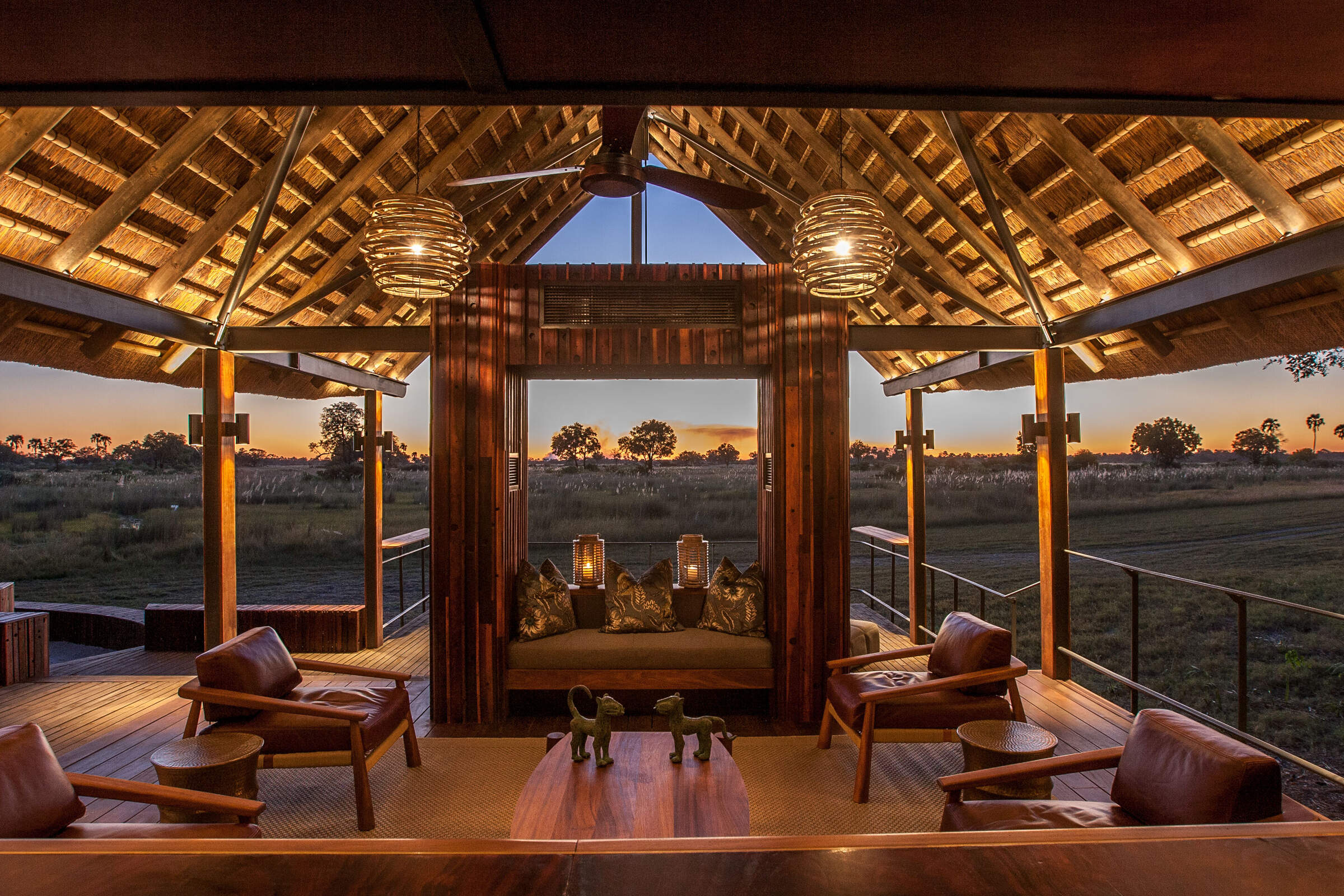 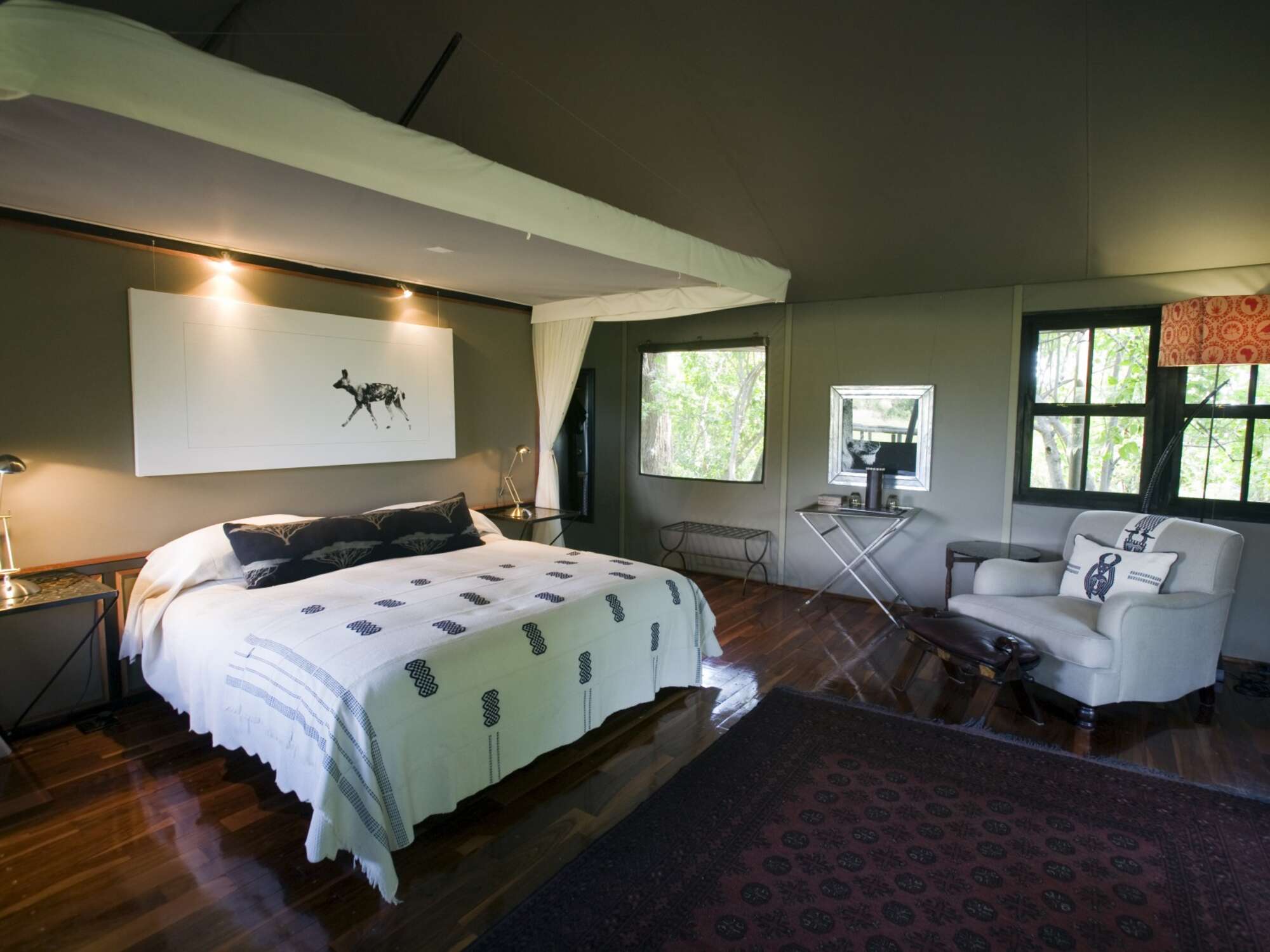 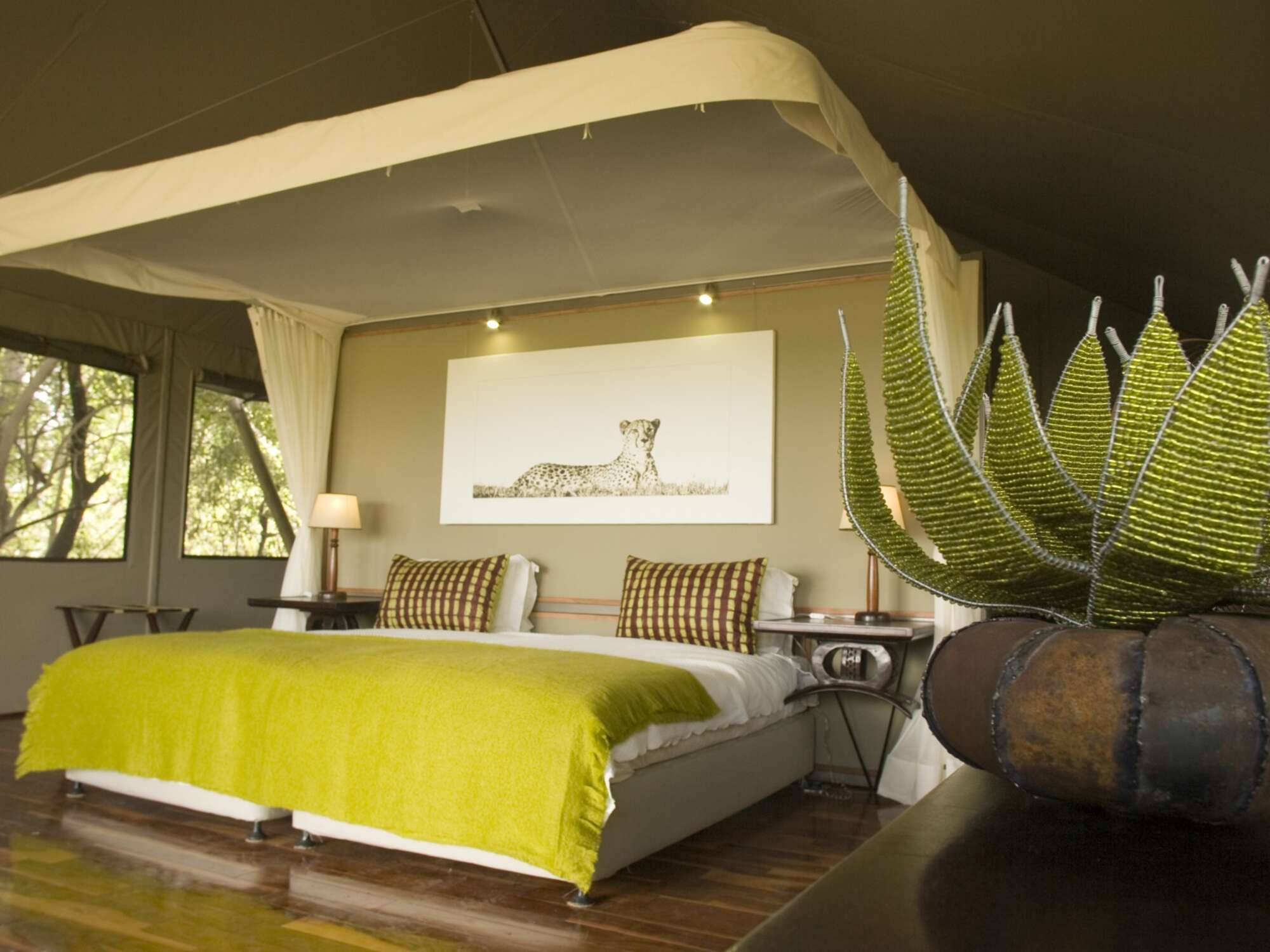 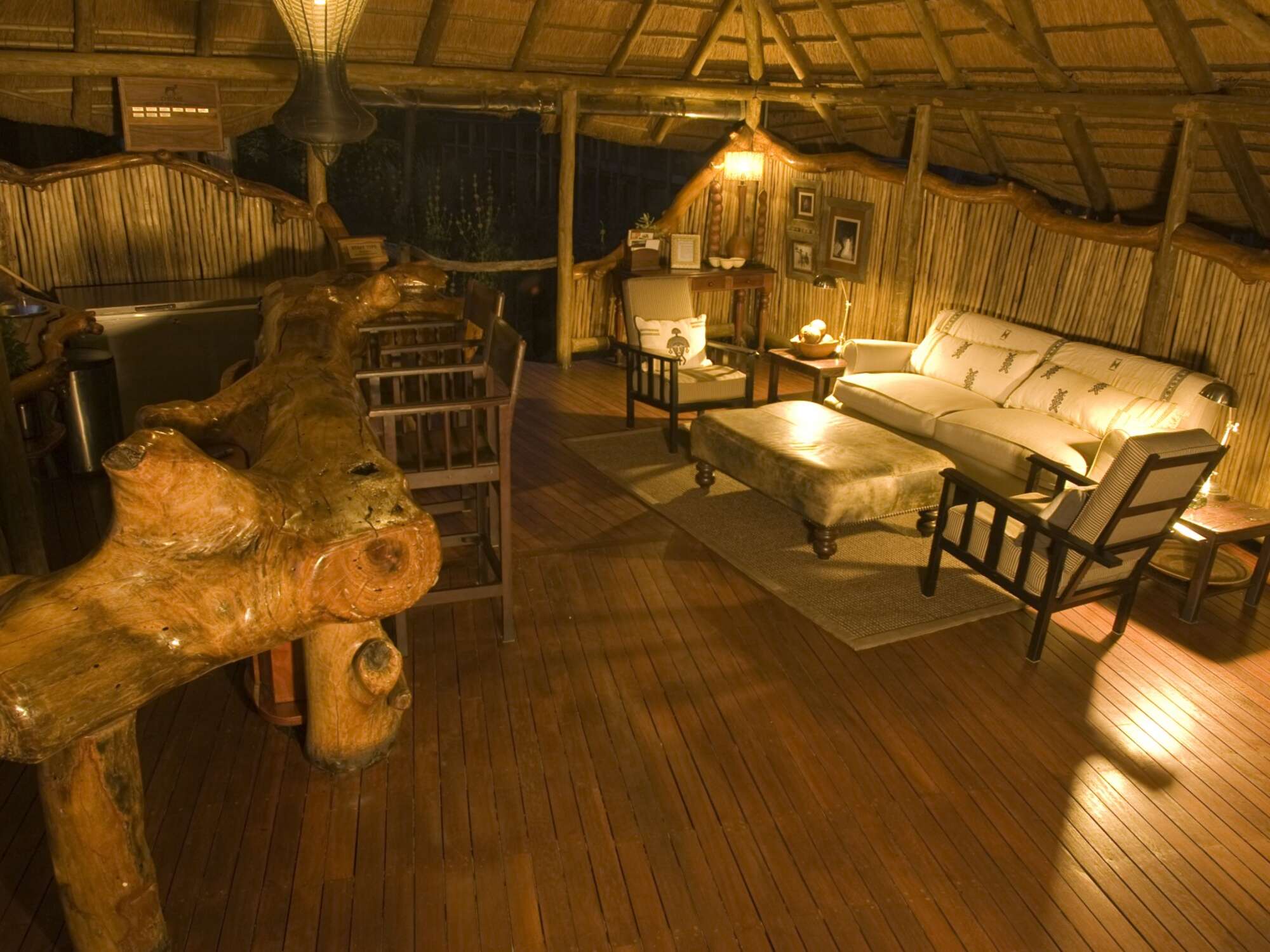 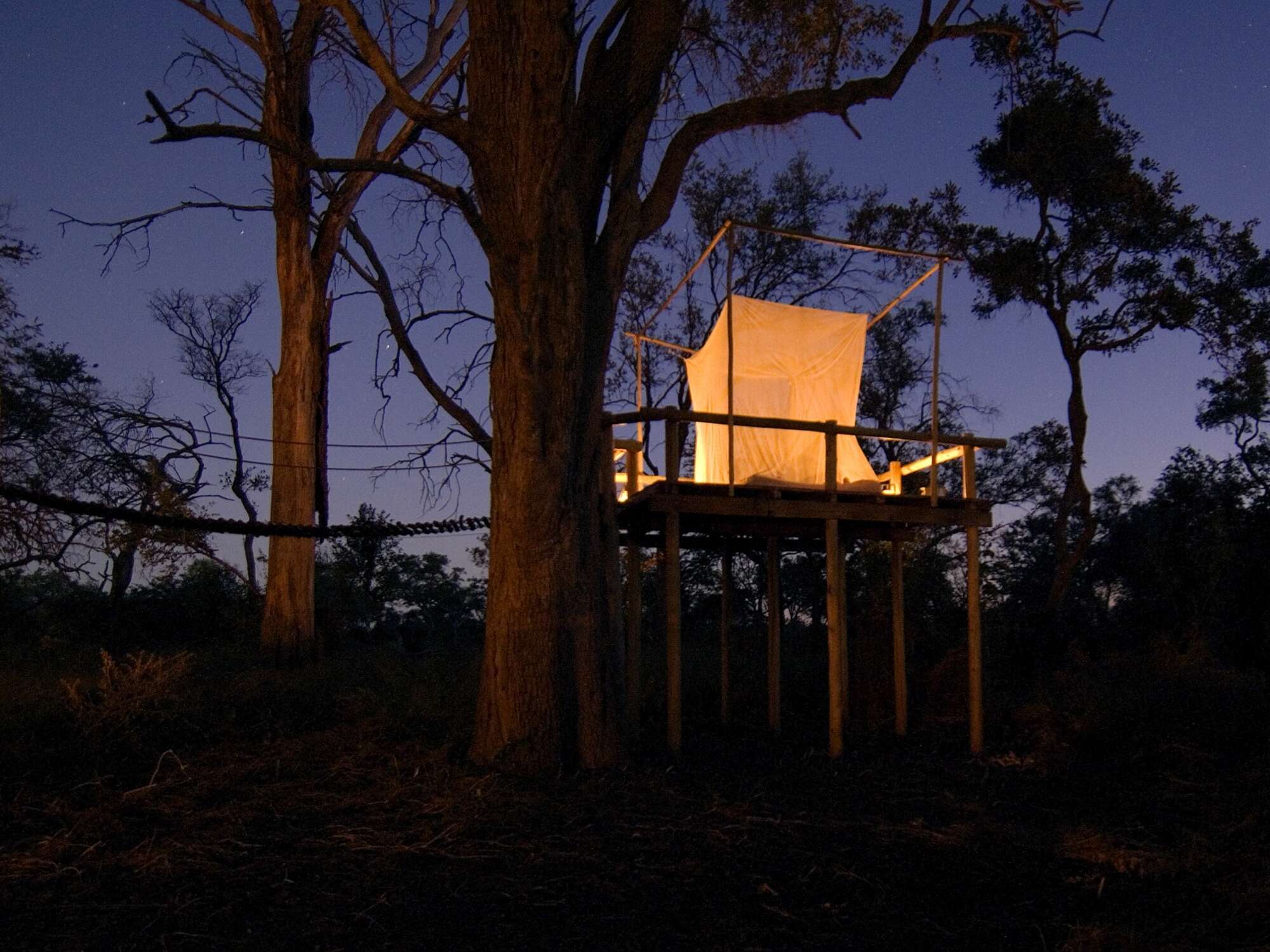 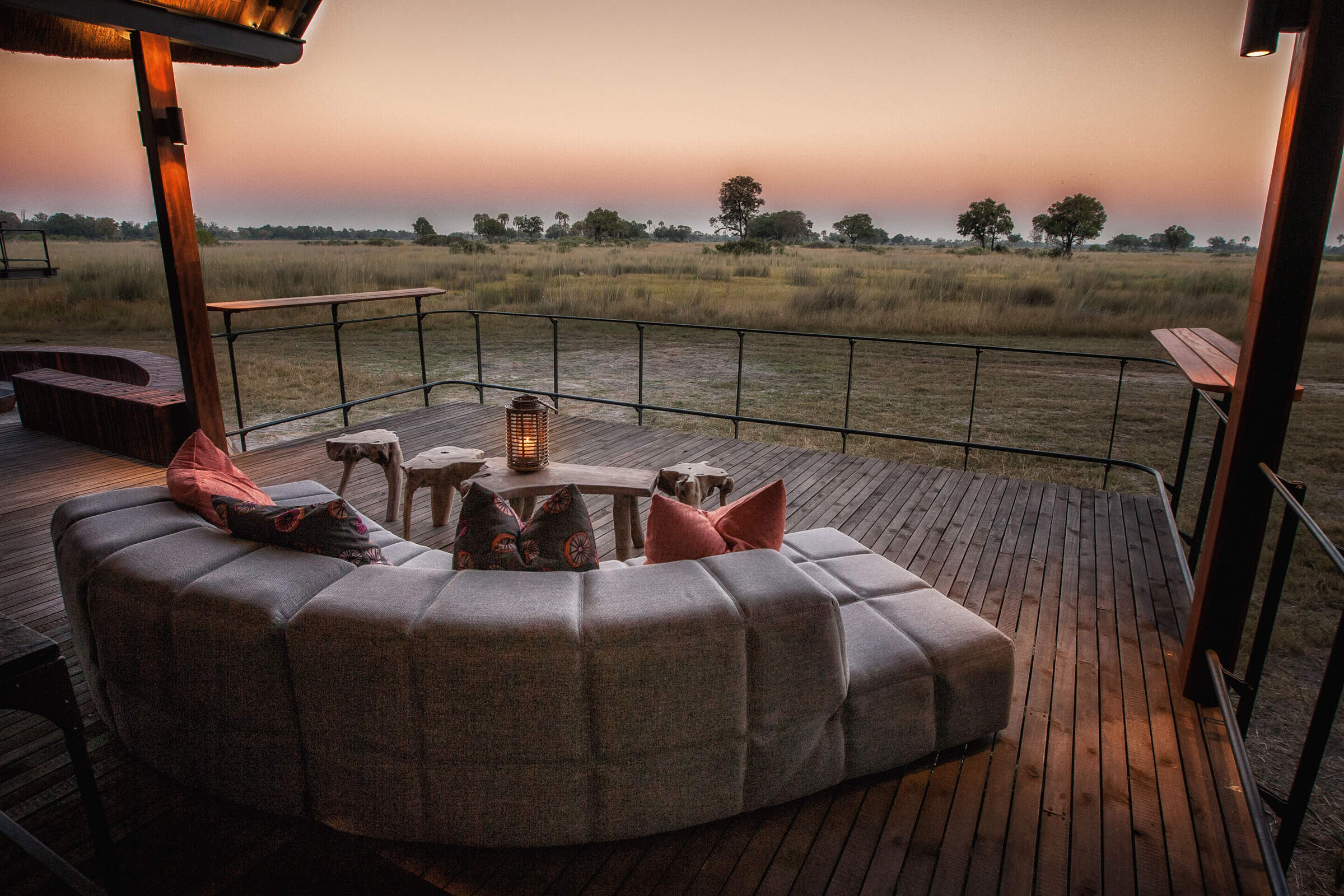 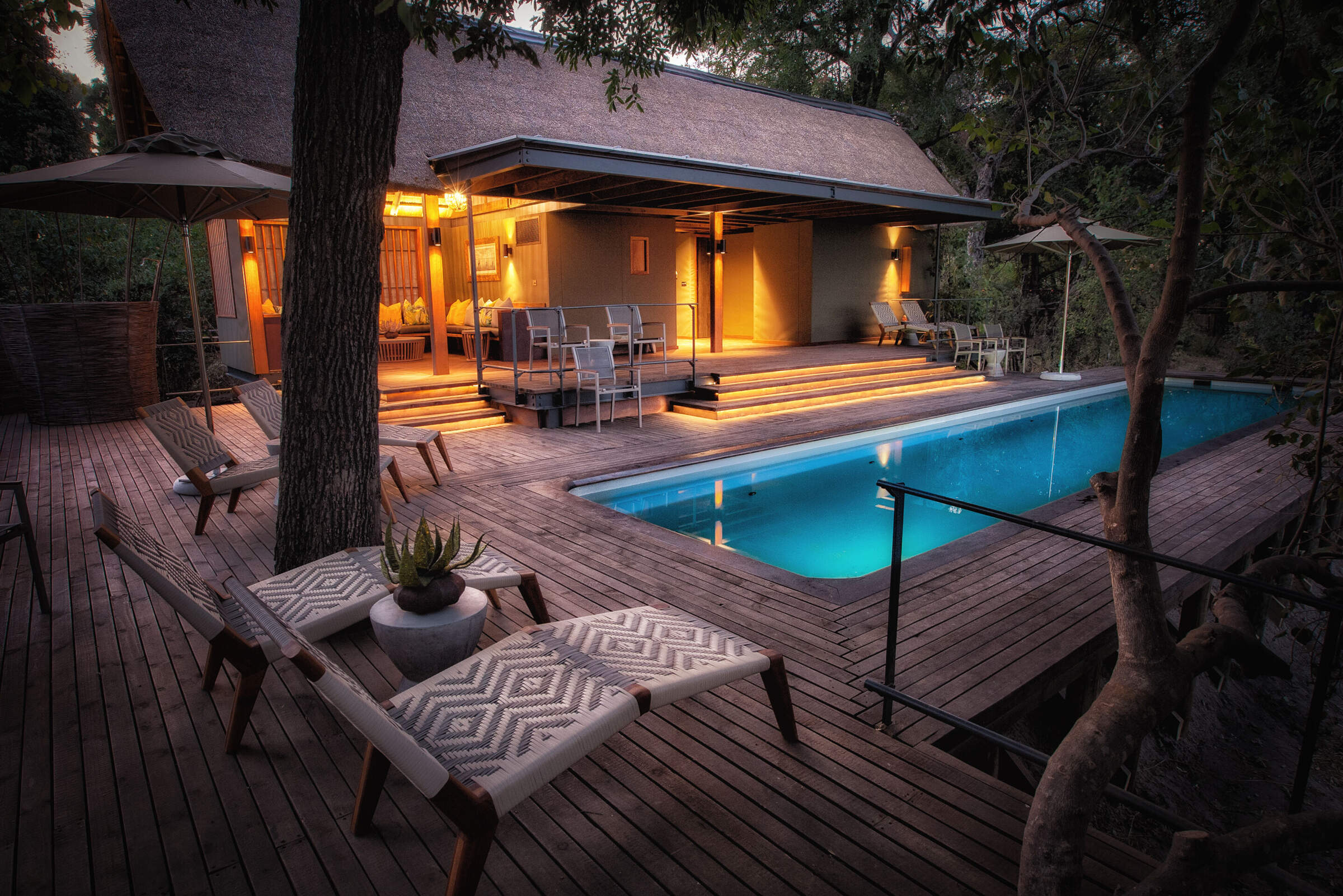 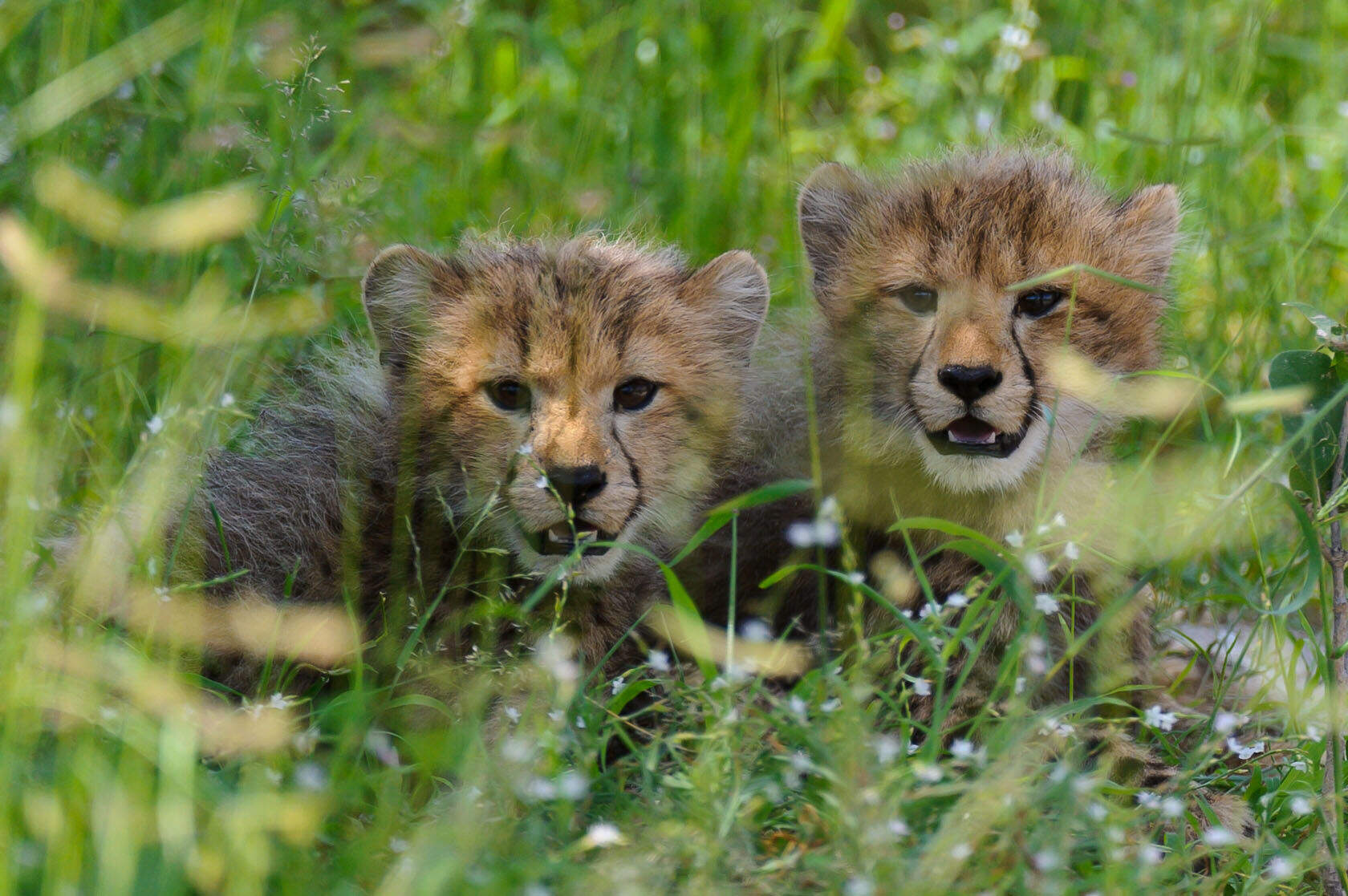 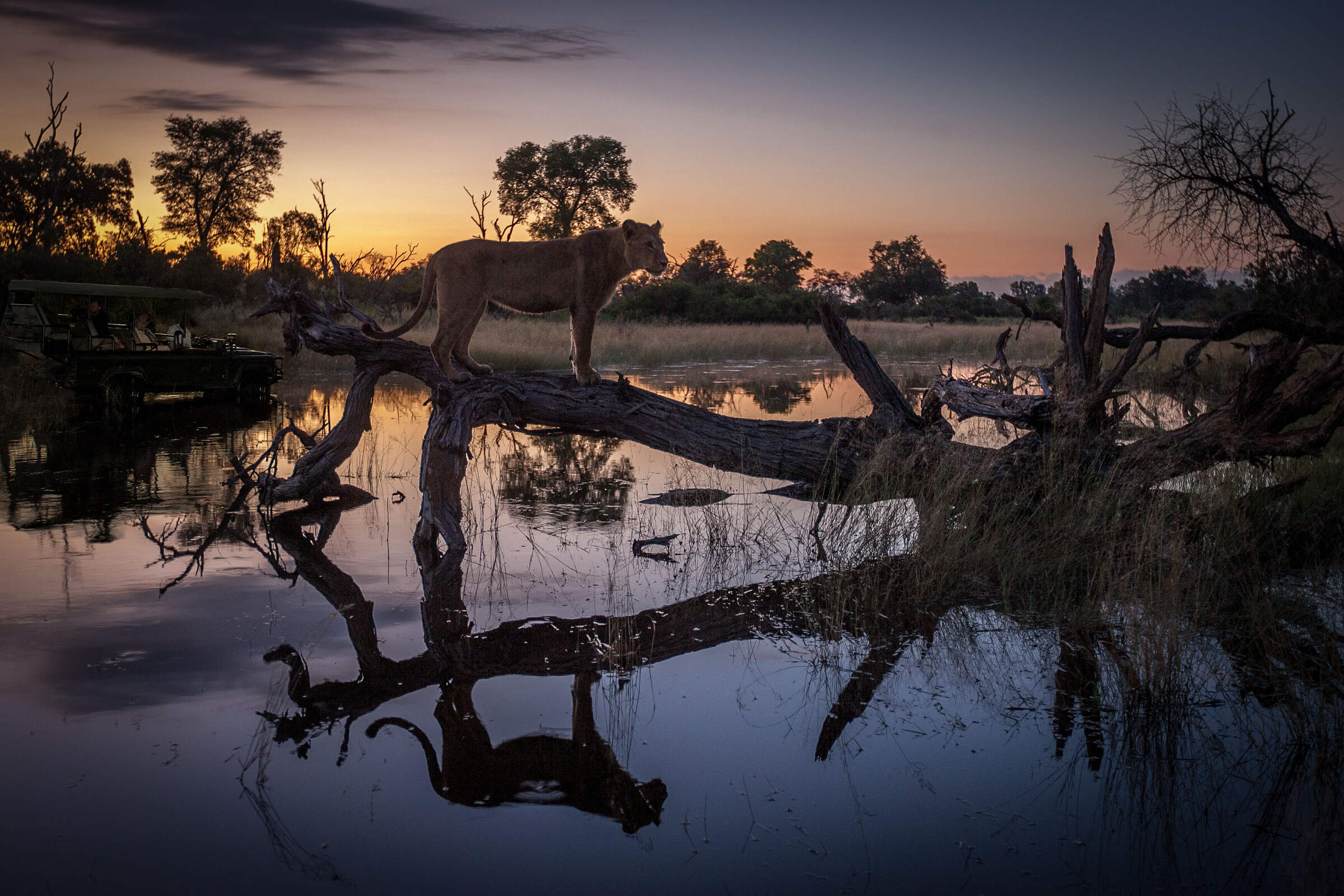 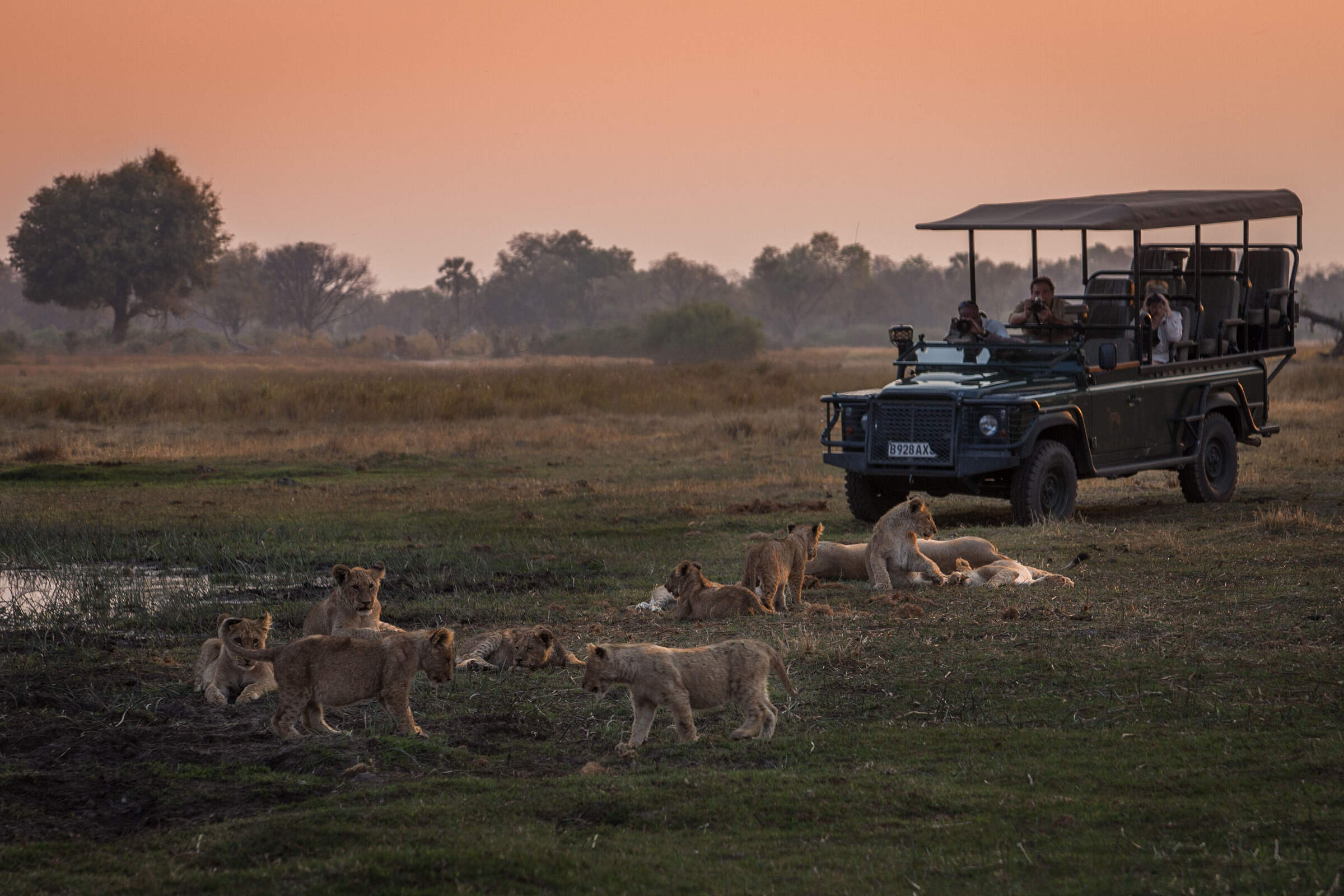 63 independent comments and wildlife information from our travellers who have visited Chitabe Camp and kindly agreed to share their thoughts. They do not necessarily represent the views of Expert Africa

3 nights Arrived 23 Oct 2012
"I had really been hoping to see Wild Dogs on my trip but despite Chitabe having the reputation, I had been told everywhere i went that the Chitabe pack had spilt up last year when the alpha female was killed by lions. I therefore got the shock of my life when on the last full day my guide Phinley turned round while were watching some Lions sleeping and shouted "Wild Dogs, hold on!". The dogs had come trotting out of the trees but saw the Lions, did an about turn an bolted off. The way Phinley announced their arrival he was clearly as excited as me. We hurtled through the stunted Mopane woodland fortunately keeping an eye on the dogs. After a couple of Kilometers the dogs slowed down and we were able to get a proper sighting and watch them interact. This was 3 male dogs and they believe there is a new Alpha Female who was back at the den with about 9 pups.

The afternoon was scorching and we were luck enough to find them a couple of hundred yards away from where we had last seen them when out on the evening drive. This was a day i will never forget, i have about 300 photos of the dogs to sort but the way Phinley announced their arrival is definitely the highlight. The guides in Botswana have so much passion and seem to regularly get as much enjoyment from the animal sightings as we did.

Chitabe camp is very comfortable, all the staff were extremely friendly, the food was also extremely good.

Apart from the dogs we also had multiple Leopard and Lion sighting as well as lots of other gently game.

3 nights Arrived 25 Sep 2012
"Chitabe Camp was luxurious and well-run. The camp managers and staff were excellent and the food and facilities very good.

Our guide Phinley was a very good observer and expert at finding leopards and other elusive wildlife. He didn't talk too much (which was good) and what he did say was useful and accurate. He was good on birds as well as large mammals.

The highlights were seeing so many leopards so well (5 individuals on 7 occasions in 3 days) and also seeing a cheetah and lions hunting on several occasions.

3 nights Arrived 6 Sep 2012
"Loved this place. Have no critisms. Our guide BIbi was excellent, brilliant tracker and good English.

Saw a wide range of animals and birds. Very comfortable and it was great walking on a board walk rather than sand.! Great food and staff. Traditional welcome was fun. The dinner in the stockade around a fire was a great evening. Battery charging in your room was convienient." See all these reviews: 11n in Botswana
Experience Report
Overall Rating:
Excellent
Location:
Excellent
Service:
Excellent
Activities:
Excellent
Rooms:
Excellent
Food:
Excellent
Facilities:
Excellent
Mr & Mrs W
Newton Abb

3 nights Arrived 16 Jul 2012
"The third and final camp of our visit, but as with the others we visited the experience was wonderful.

Another superb location, with lovely 'tents'.

Ebe was a first rate guide and the things he found for us to see were superb. A stand off between two young leopard, hunting lion and a family of cheetah." See all these reviews: 6n in Botswana
Experience Report
Overall Rating:
Excellent
Location:
Excellent
Service:
Excellent
Activities:
Excellent
Rooms:
Good
Food:
Good
Mr & Mrs K
Guildford

3 nights Arrived 20 Oct 2011
"We had an incredibly enthusiastic and delightful guide, Luke, who went to a great deal of effort to seek the animals out for us.

2 nights Arrived 4 Aug 2011
"Given recent rainfall this camp is no longer as "dry" as we thought it was going to be but none the worse for that.

We had some very expert guiding with a male leopard trying to attract the attention of a local female. When we found her she was heading in the opposite direction at some speed - fascinating.