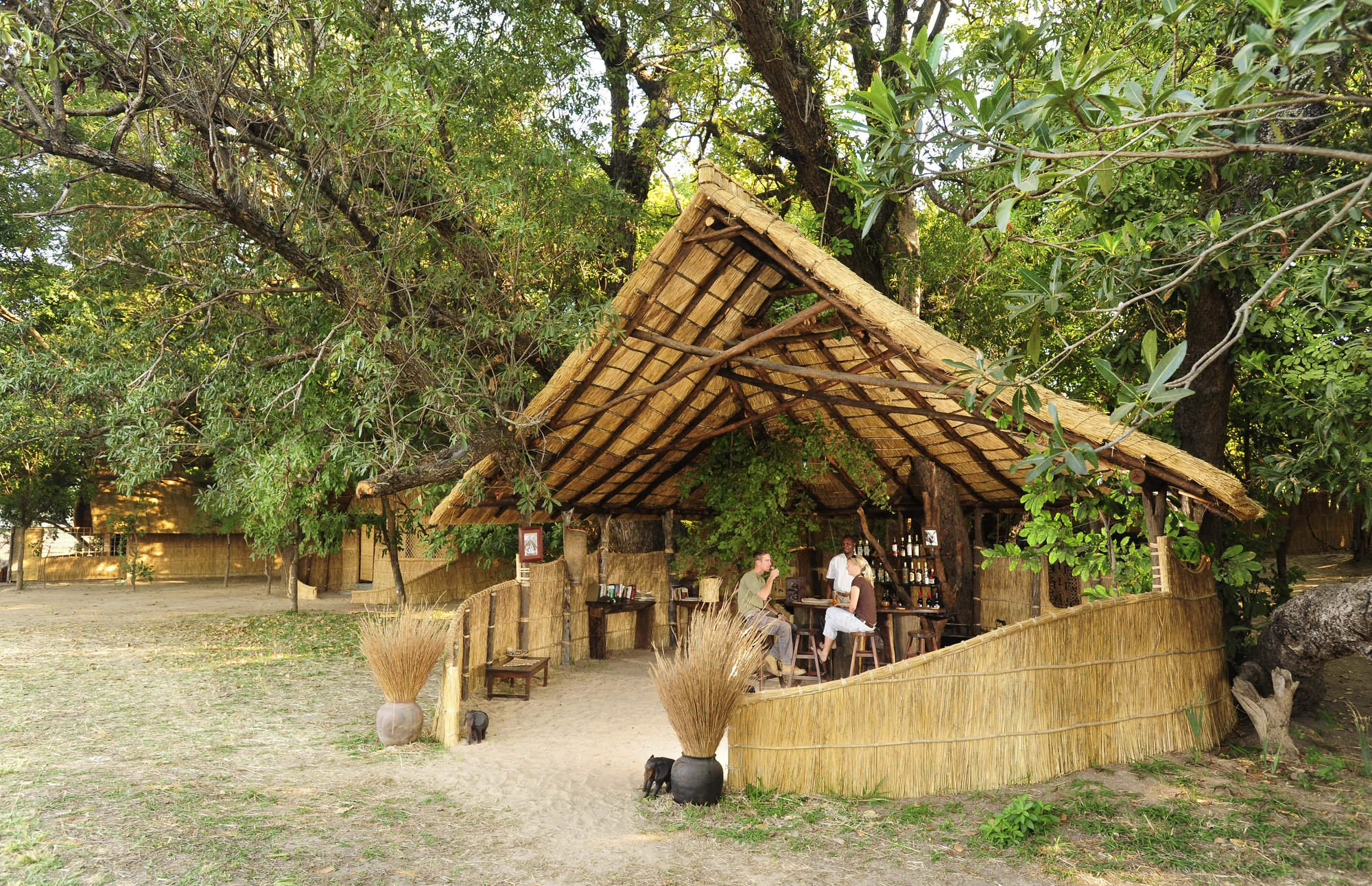 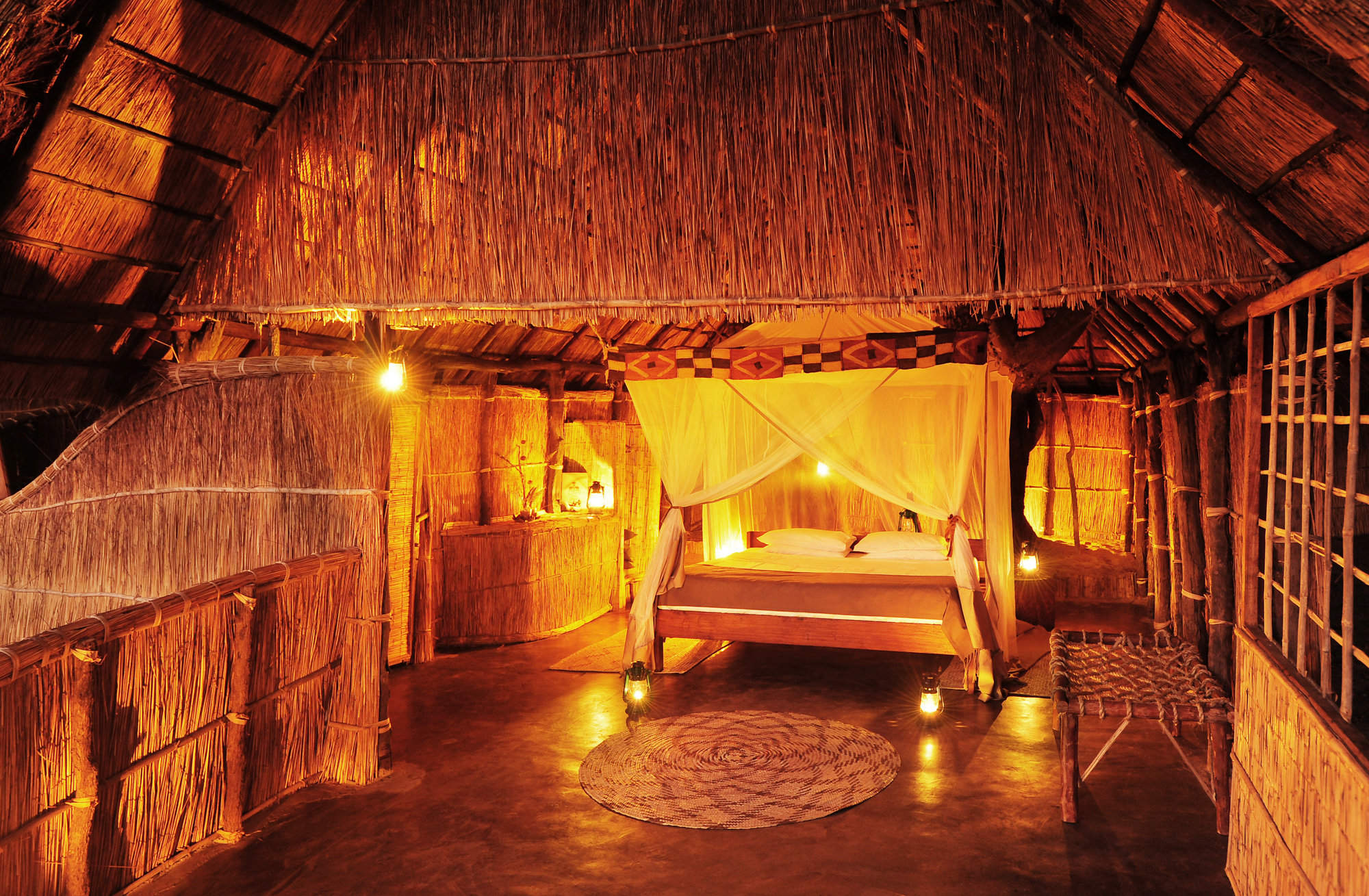 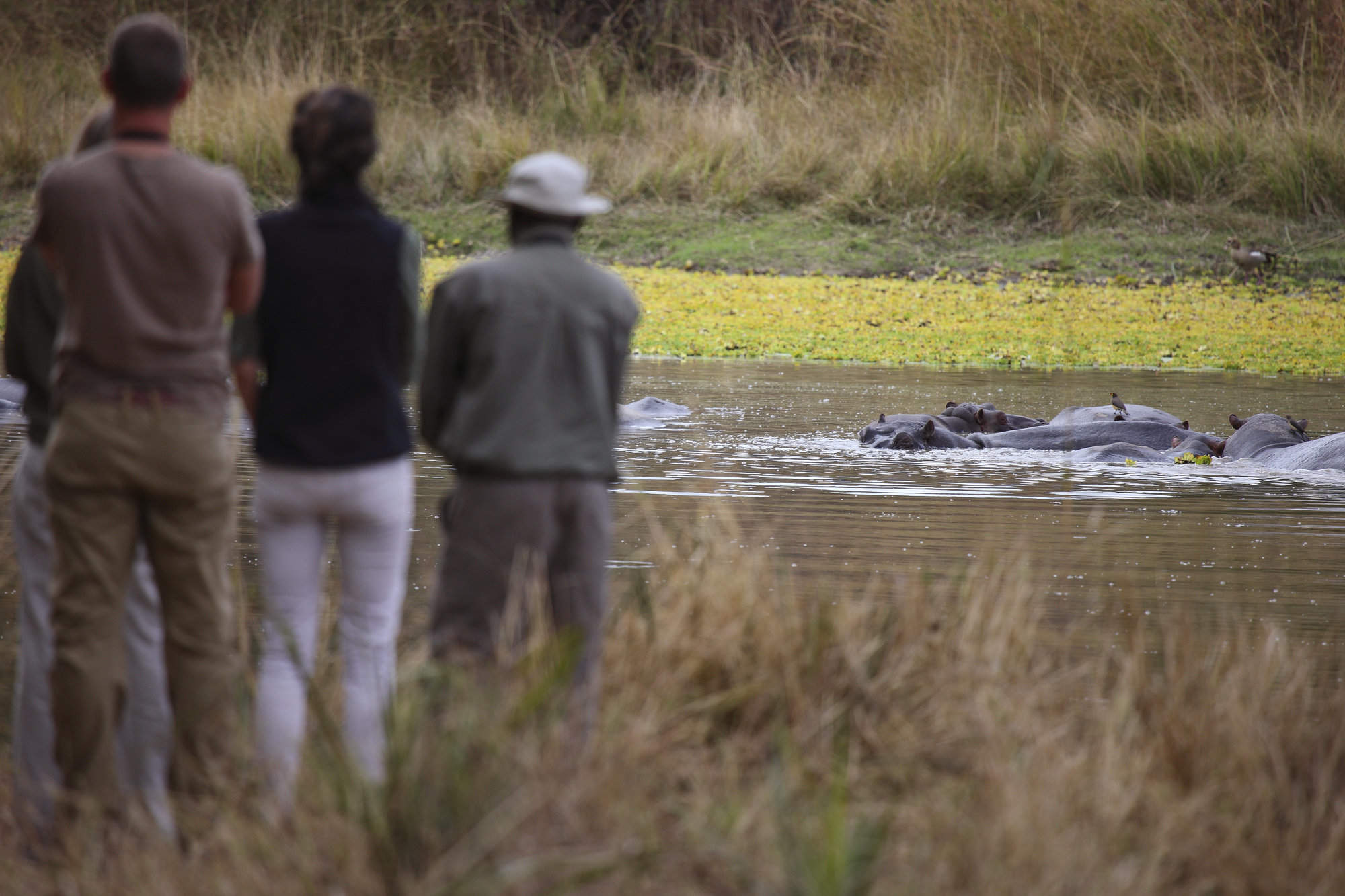 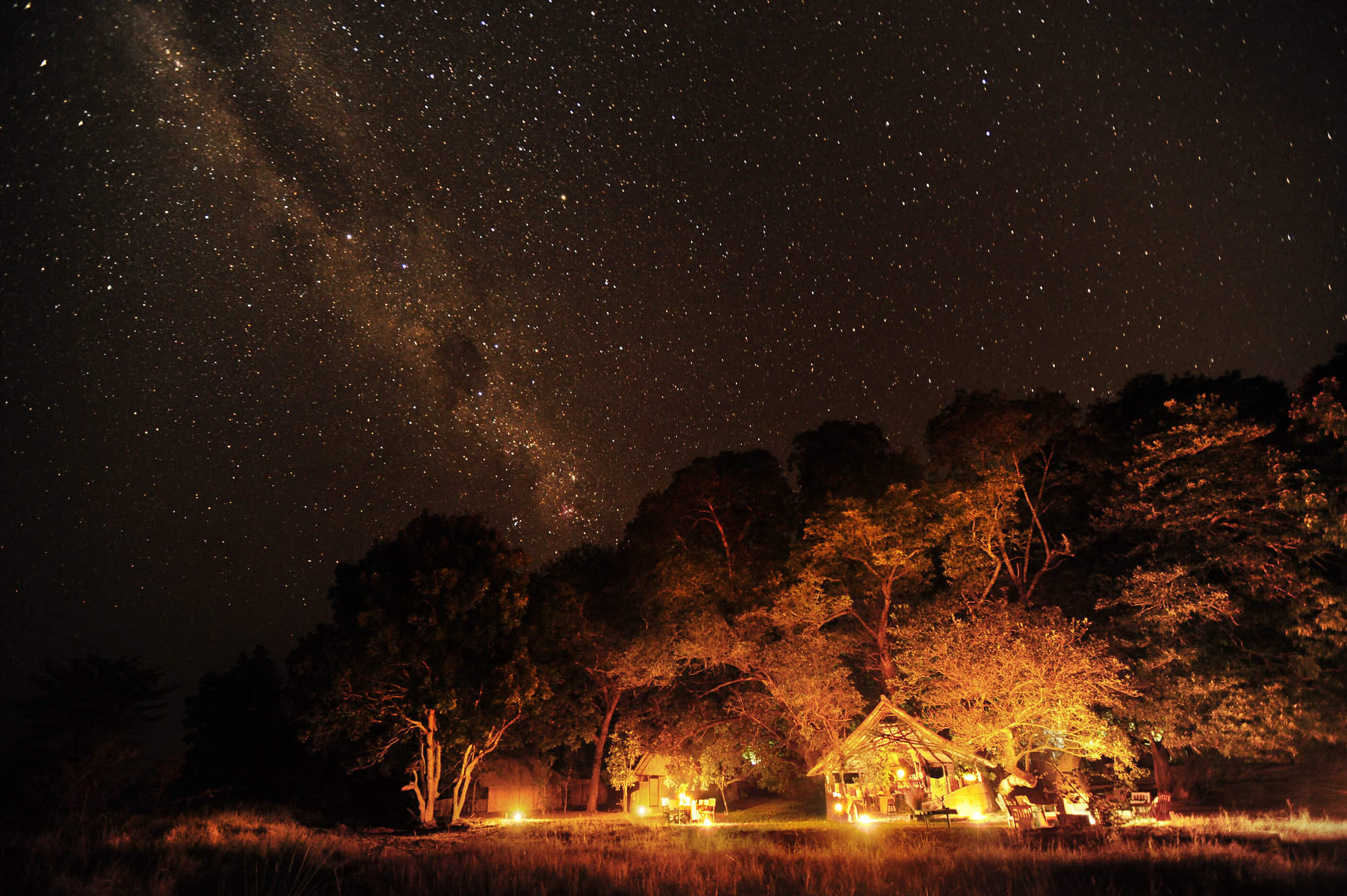 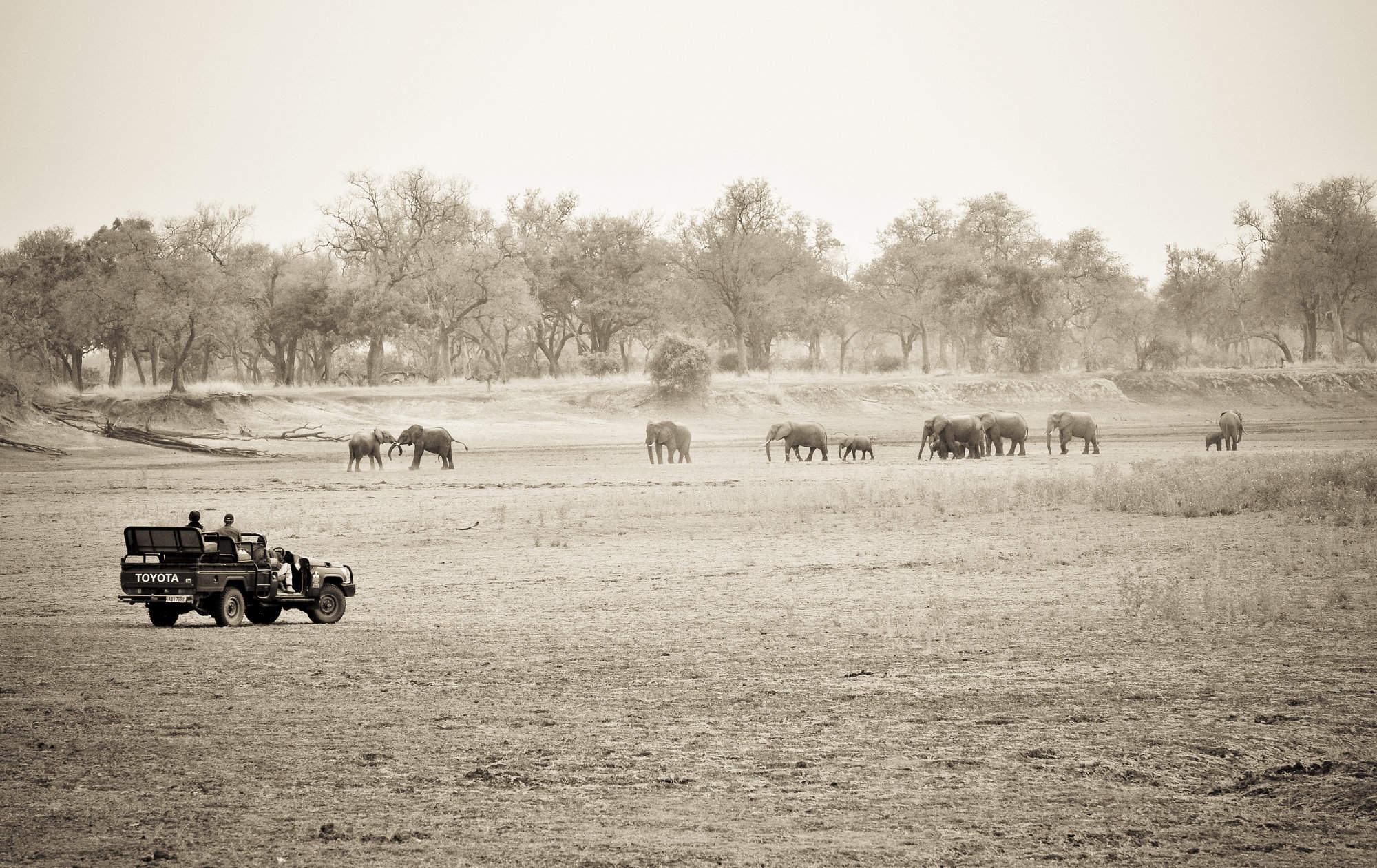 38 independent comments and wildlife information from our travellers who have visited Luwi Bushcamp and kindly agreed to share their thoughts. They do not necessarily represent the views of Expert Africa

2 nights Arrived 20 Jun 2011
"A wonderful greeting and welcome, arrived just in time for lunch. We loved the rustic room and the marvelous view across the small grassy plain towards the dry Luwi river bed.

The location is remote and unrivalled, the walking excellent. Brian our guide was very knowledgeable and had a great sense of humour.

[Ed: This comment refers to the fat that these travellers started their trip with us with a 12-day Botswana safari organised through our Wild about Africa programme. They rated this as "excellent", and their Botswana guide, called Nkosi, as "**AWESOME**" ]" See all these reviews: 7n in Zambia
Experience Report
Overall Rating:
Good
Location:
Excellent
Service:
Excellent
Activities:
Good
Rooms:
Excellent
Food:
Excellent
Facilities:
Excellent
Mr M & friend
Italy

2 nights Arrived 12 Aug 2010
"Luwi has probably the most fascinating setting of all the camps, at least in my personal opinion: the landscape you have in front of your chalet and in front of the morning fire, where we had breakfast at the sunrise, is breathtaking.

We started immediately, after our first brunch in Luwi, with a short drive in the plain just in front of the camp to follow a dominant male lion who was chasing away the young male lion: a scene very emotional, also considering the behaviour of the lioness who was the mother of the young one.

2 nights Arrived 20 Jun 2010
"we enjoyed it at Lewi and the staff were excellent but unfortunately we saw hardly any game except hippos and crocodiles. Would not choose to go there again" See all these reviews: 11n in Zambia
Experience Report
Overall Rating:
Good
Location:
Poor
Service:
Good
Activities:
Average
Rooms:
Average
Food:
Good
Facilities:
Good
Mr & Mrs C
E Sussex

What a shame that Mouse suffered a bout of malaria whilst we were there - but she was great. Paul collected us from Mfuwe International (!) and also guided us during our stay - very good." See all these reviews: 14n in Zambia
Experience Report
Overall Rating:
Good
Location:
Good
Service:
Good
Activities:
Good
Rooms:
Good
Food:
Excellent
Facilities:
Good
Mr & Mrs B
Glos

2 nights Arrived 24 Sep 2009
"Our experience at Luwi was mixed. We arrived at nine o'clock in the morning after the drive from Kapani. Apart from eating, our next activity was at 15.45 almost seven hours later. There was little to do at the camp as the safety arrangements were, in our opinion, restrictive and assumed we had absolutely no idea how to behave in the bush.

With the obvious exception of the guides and scouts we had more bush experience than the camp staff having travelled reasonably extensively, travelling and camping unscorted in big game areas and having many 'interesting' encounters.

There is a great hippo pool with a hide overlooking but we were not allowed to stay there alone without a 'minder'. This arrangement did not work well - I think I managed a 30 minute stay - and the first few hours at Luwi were very frustrating - essentially sitting and waiting for the opportunity to actually do something. Unlike kapani there was little to maintain interest in the dead hours.

On the walks we went out as a group of six,ourselves and a group of four italians travelling together. After the luxury of having our own guide in Kapani we found that this became a bit wearing. Groups of four stick together as a group of four and we inevitably found ourselves at the back of the group very quickly. This prevented significant contact with the guide and we lost sighting and photo oportunities also. The group size of six was particularly frustrating when other pairs went out as a group of two. Why not two fours? We raised our concern and disappointment with the camp staff but this made no difference.

We finally got a change in approach when we raised the same concerns at Nsolo and our host (Pria) took action. Whilst at Kakuli the GM, David Wlson, spoke to us and apologised for our experience. He also agreed with our view of managing the risk from wildlife encounters in a more thoughtful and less defensive manner. If you want to have any sensible bush wildlife experience then there is inevitably an element of risk, but it needs to be managed, not avoided. If you want to avoid risk altogether then stay at home and watch 'The natural world' etc. The roads are more dangerous than the animals." See all these reviews: 14n in Zambia
Experience Report
Overall Rating:
Average
Location:
Good
Service:
Good
Activities:
Good
Rooms:
Excellent
Food:
Excellent
Facilities:
Good
Mr & Mrs W
Rugeley

"Even more remote at Luwi"

2 nights Arrived 7 Jul 2009
"For remoteness and feeling well and truly in the bush, Luwi was exceptional. The accommodation was excellent.

Our guide, Brian could not have been more informative when asked questions.

As with other camps, the food and service was always first class. Lots of game sightings.

Some great experiences on our bush walks.

3 nights Arrived 19 Sep 2008
"Our second visit to Luwi and the accomodation, food etc were as expected.

Unfortunately we felt that although very knowledgeable and personable, our guide Sam always seemed to be in a hurry and we felt that we were being rushed through game drives and walks without the attention to detail shown by all of our other guides.This did not make for a satisfactory experience.
" See all these reviews: 14n in Zambia
Experience Report
Overall Rating:
Good
Location:
Excellent
Service:
Good
Activities:
Average
Rooms:
Good
Food:
Good
Facilities:
Good
Showing 21-30 of 38
1234
Previous Next
93%
38 reviews of Luwi Bushcamp by travellers since August 2007
Overall rating by our travellers
26
10
2
0
0
Filter by month

One of the Luangwa's oldest camps, Nsefu is a great safari camp in a remote, beautiful and game-rich location with top-rate guiding.

In the remote far south of South Luangwa National Park, Three Rivers Lodge is being constructed by the confluence of three of the valleys rivers.