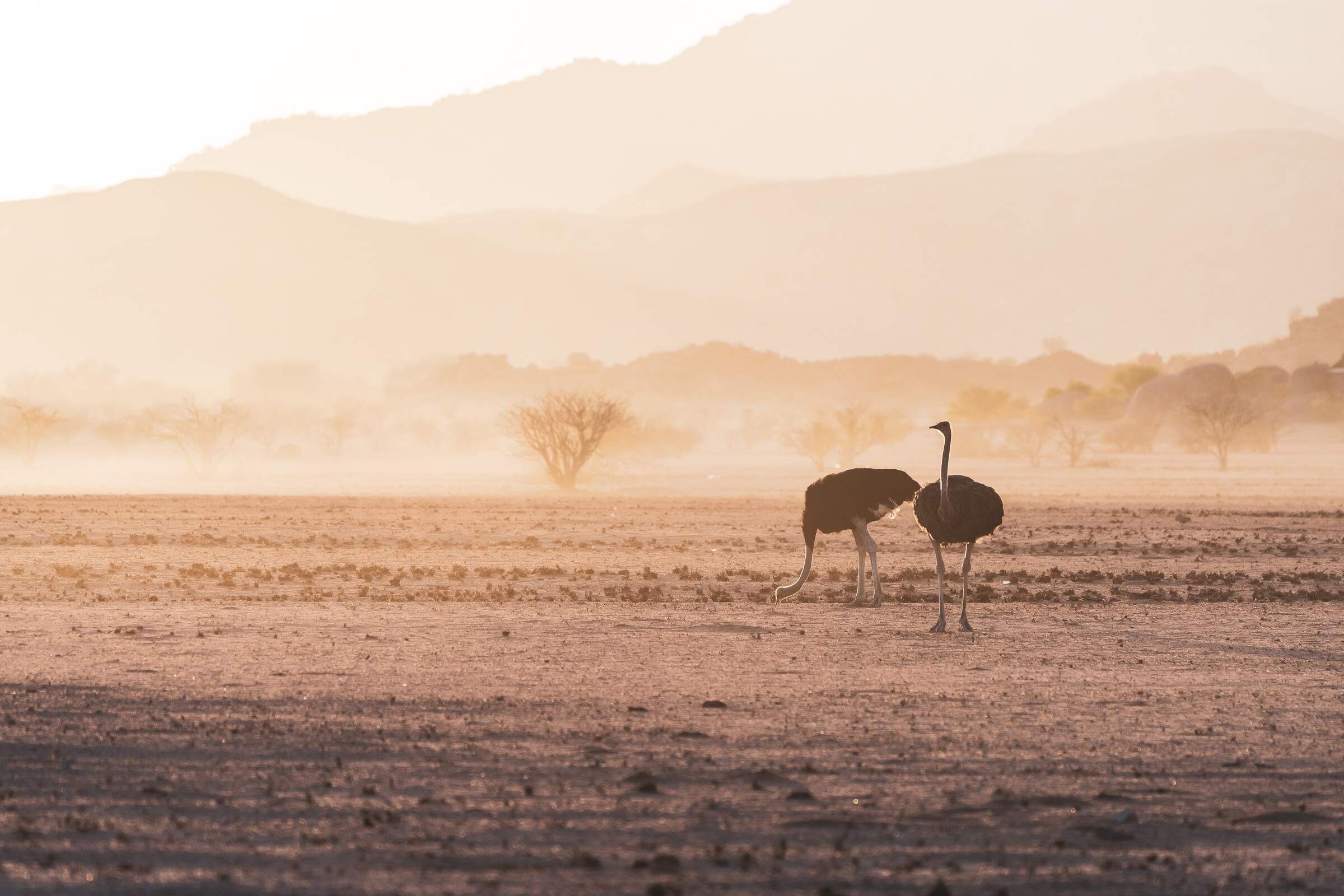 Reviews of White Lady B & B

6 independent comments and wildlife information from our travellers who have visited White Lady B & B and kindly agreed to share their thoughts. They do not necessarily represent the views of Expert Africa

1 night Arrived 10 Oct 2014
"very strange atmosphere, no staff around except one lady at breakfast

only one place to eat at night, which was like an ex holday camp and poor food" See all these reviews: 20n in Namibia; 1n in South Africa
Experience Report
Overall Rating:
Average
Location:
Poor
Service:
Poor
Rooms:
Poor
Food:
Average
Mr A & Mrs L
Norfolk

1 night Arrived 27 Oct 2013
"Something of an oasis in this dusty little town. We got a warm welcome and were the only guests the night we stayed in one of the thatch-roofed rooms. It was large, clean and simple with en-suite shower, fridge and air-con.

White Lady is actually quite a big set-up with camping as well as B&B and is attractively laid out. Breakfast is taken in an outdoor thatched 'lapa' complete with full kitchen. The food was very good, a buffet plus eggs, bacon etc., far exceeding expectations. No real reason to visit Uis other than as a stopover to break a longer journey or to see the nearby Brandenberg 'White Lady' rock paintings. White Lady does the job it is designed to do very well." See all these reviews: 22n in Namibia
Experience Report
Overall Rating:
Good
Location:
Good
Service:
Excellent
Rooms:
Good
Food:
Excellent
Facilities:
Good
The Sparrows
London

1 night Arrived 11 Aug 2008
"We didn't have high expectations, this was a substitute as we couldn't get two nights at Doro Nawas. However we were very pleasantly surprised.

The landlady was lovely, and very helpful, telling us a lot about the tin mine and how to see it.

"In need of some renovation"

2 nights Arrived 1 Aug 2008
"We stayed in the self catering annex and not the B&B chalets - so we were not able to comapre the two forms of accommodation. However, the B&B rooms looked nice from outside. The annex we stayed in was in need of work. It seemed some renovation had taken place already, but much more was needed. The furniture was old and tatty. The melamine was coming off bookcases and kitchen units. The old air-conditioning unit was still in the wall with cut wires hanging from it. The curtains in the childrens' bedroom did not fit properly, the window frame had cardboard wedged into it to stop it rattling. There were cracks and holes in the plasterwork, damp patches on the ceiling and the bathroom needed replacing.

It was good to be able to make our own drinks and cook for ourselves (if we had wanted to). However we were not prepared for this and so had no supplies with us. There are very limited dining options in Uis and on our second night, the owner had infomred the one restaurant in Uis (run by her sister) that we did not wish to eat there - without checking with us first - so it was closed for the night. Fortunately the Brandberg Rest Camp restaurant was open to non-residents and we could eat there instead. This gave us the opportunity to meet the legendary Basil!

We felt that although Uis was well placed to visit the White Lady in the Brandberg Mountains, it was too far to visit Twyfelfontein, the Organ Pipes and the Pertrified Forest in the time that we had. We had hoped to include these on our trip. As it was, we felt that given the experience we had in Damaraland, this could easily have been missed from our itinerary as were were not able to go to the places mentioned above. However, what we saw of Damaraland was stunning.

The owner was very welcoming and did apologise about the closure of the restaurant on our second night. It was a very peaceful location. The town is a bit run down (as you would expect for an ex-mining town), but interesting and we hope that tourism can add a bit of an economic boost to the place." See all these reviews: 16n in Namibia; 3n in Zambia
Experience Report
Overall Rating:
Average
Location:
Average
Service:
Good
Facilities:
Average
Rooms:
Poor
Food:
Good
Mrs-H
UK

Food provided at a linked guesthouse was average at best" See all these reviews: 13n in Namibia
Experience Report
Overall Rating:
Average
Location:
Good
Service:
Average
Facilities:
Average
Rooms:
Good
Food:
Average
Showing 1-6 of 6
67%
6 reviews of White Lady B & B by travellers since August 2007
Overall rating by our travellers
0
2
4
0
0
Filter by month